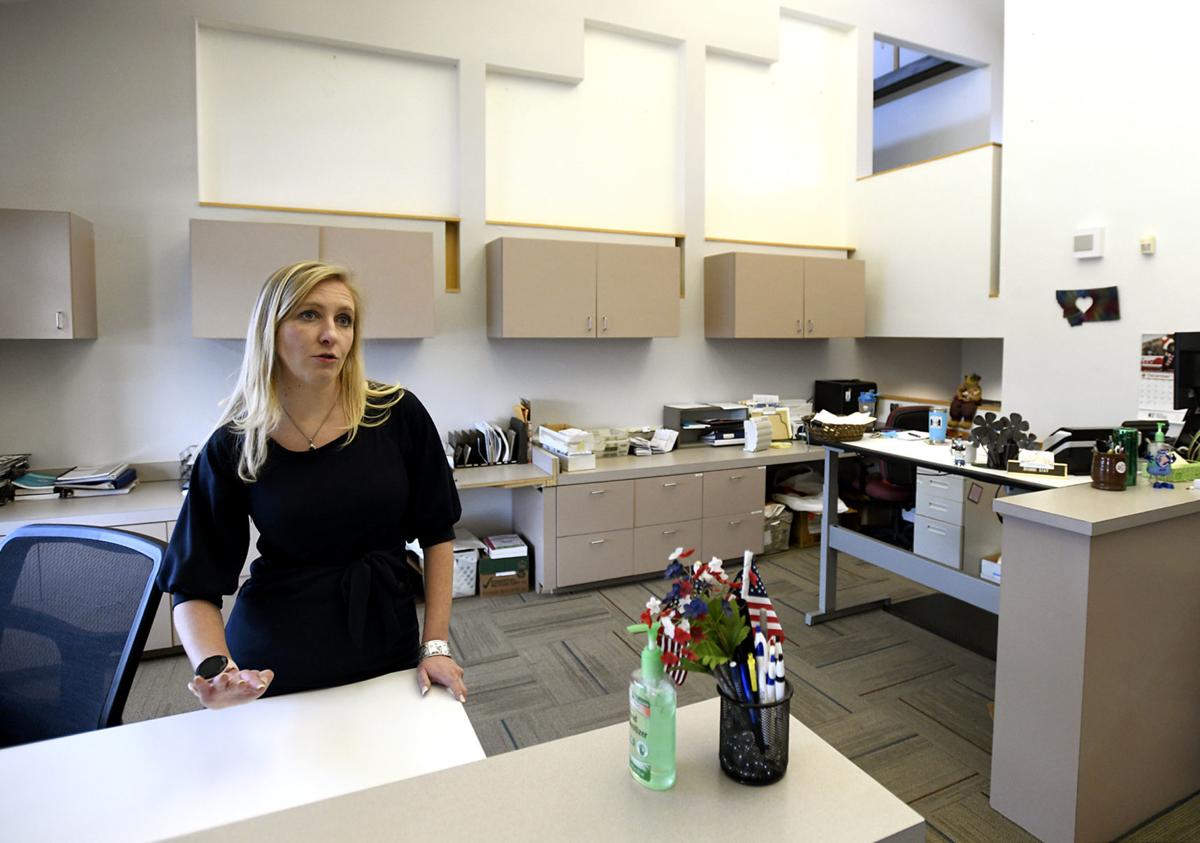 Dayna Causby, the Missoula County elections administrator, stands in the lobby of the county's new Elections Center on Russell Street on Tuesday. The new center will consolidate all of the elections office's needs, rather than being spread out between the County Courthouse and the fairgrounds. 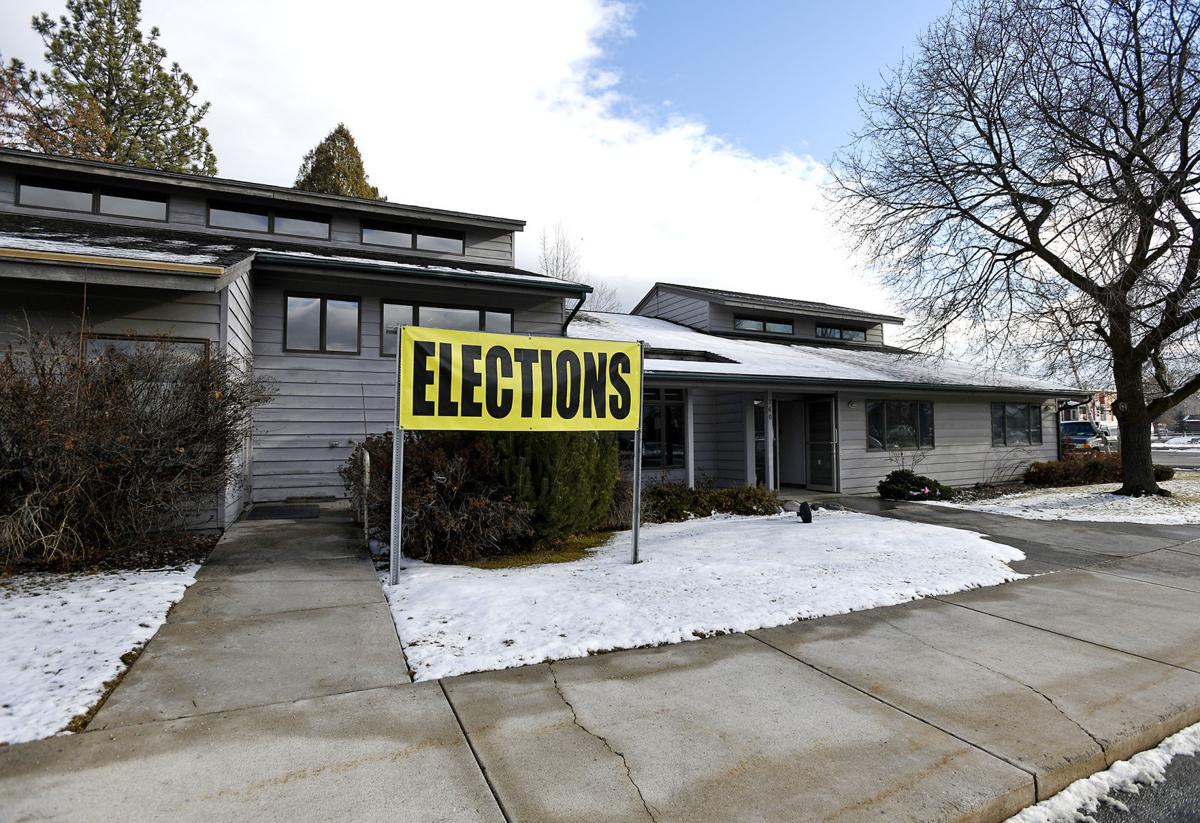 The new Missoula County Elections Center is open, but will still undergo renovations. The county also purchased a warehouse behind the center to use for busy elections as well as for other departments to use.

The new Missoula County Elections Center is open for business at the corner of Russell and Wyoming streets.

Rather than ferrying its headquarters between the Missoula County Courthouse and the Fairgrounds throughout the year, the new elections center will be a one-stop shop for all election needs.

Located in the former Western Montana Mental Health Clinic building, as well as the warehouse behind the office space, the new elections campus now hosts all services for voters, candidates, and petitioners, as well as serving as a multipurpose meeting and training center for other county departments.

Dayna Causby, county elections administrator, said that while her staff were still getting settled in and awaiting renovations, they were ready and eager to help people registering to vote or candidates filing for the upcoming 2020 races.

“While it's still 2019, we're already planning for the 2020 general election cycle, and we have been since 2018," Causby said. "The election season isn't pulled off in just one day, but takes months and months of planning."

The new location is situated directly on the Milwaukee Trail and the city’s most popular Mountain Line bus route, making it more accessible for more people, Causby said, but it also still has copious amounts of car parking spaces.

The total bill for the new real estate, renovations and elections equipment comes out to about $3.5 million, with the former clinic and warehouse making up $2.78 million of the total.

Before the 7,700 square foot warehouse was added to the deal, Chief Financial Officer Andrew Czorny calculated taxpayers would see an increase in their annual property tax bills of about $2 on a $250,000 house to pay for the new facility. Adding the warehouse raised the price by about a third, but changes to the renovation costs and after finding a better interest rate, Czorny said the annual tax levy would be up to $2.72 per year for a $200,000 home for the 20-year life of the debt.

Originally, the county intended to buy the office space and build an addition, but the county decided to purchase the adjoining warehouse for busy elections as well as for other departments to use during other times of the year, rather than building an addition.

Some other uses of the warehouse include training space for the sheriff’s office and serving as a larger Emergency Operations Center, with the current one located in the courthouse basement too small for larger multi-agency events, such as the major flooding in 2018 west of town.

People voting in in-person elections will still go to their local polling places, Causby said, but the new location will host late voter registrations. She said she hoped to have everything for the June 2020 primary ready to go at the new location, including the drive-thru drop-off like the one at the Fairgrounds.

For now, the warehouse that will host some of the busier services, like late registration, is an non-insulated shell full of old desks and office chairs, but architects came to assess the renovations Tuesday, and Causby said phase one of the renovations should be completed by May.

While most people only interact with the Elections Center a couple of times per year at most, throughout the year Causby and her full staff are at work training precinct officials, managing school elections and candidate registrations, helping petitioners and auditing counting machines.

Prior to moving to the new space, the elections office paid $26,500 annually to lease space at the Fairgrounds, and Causby estimated another $13,500 was spent on time moving back and forth between the Fairgrounds and Missoula County Courthouse each year.

For 10 years, Vance Bennett has volunteered as an elections official, and this year he’s seeing “way more people turning out” than ever before.

Missoula County is entering into a $1.87 million buy-sell agreement for a Russell Street office building that will house the elections center,…

Missoula County is looking for a new elections administrator ahead of the busy 2020 election season after the current administrator made the decision to resign.

Dayna Causby, the Missoula County elections administrator, stands in the lobby of the county's new Elections Center on Russell Street on Tuesday. The new center will consolidate all of the elections office's needs, rather than being spread out between the County Courthouse and the fairgrounds.

The new Missoula County Elections Center is open, but will still undergo renovations. The county also purchased a warehouse behind the center to use for busy elections as well as for other departments to use.