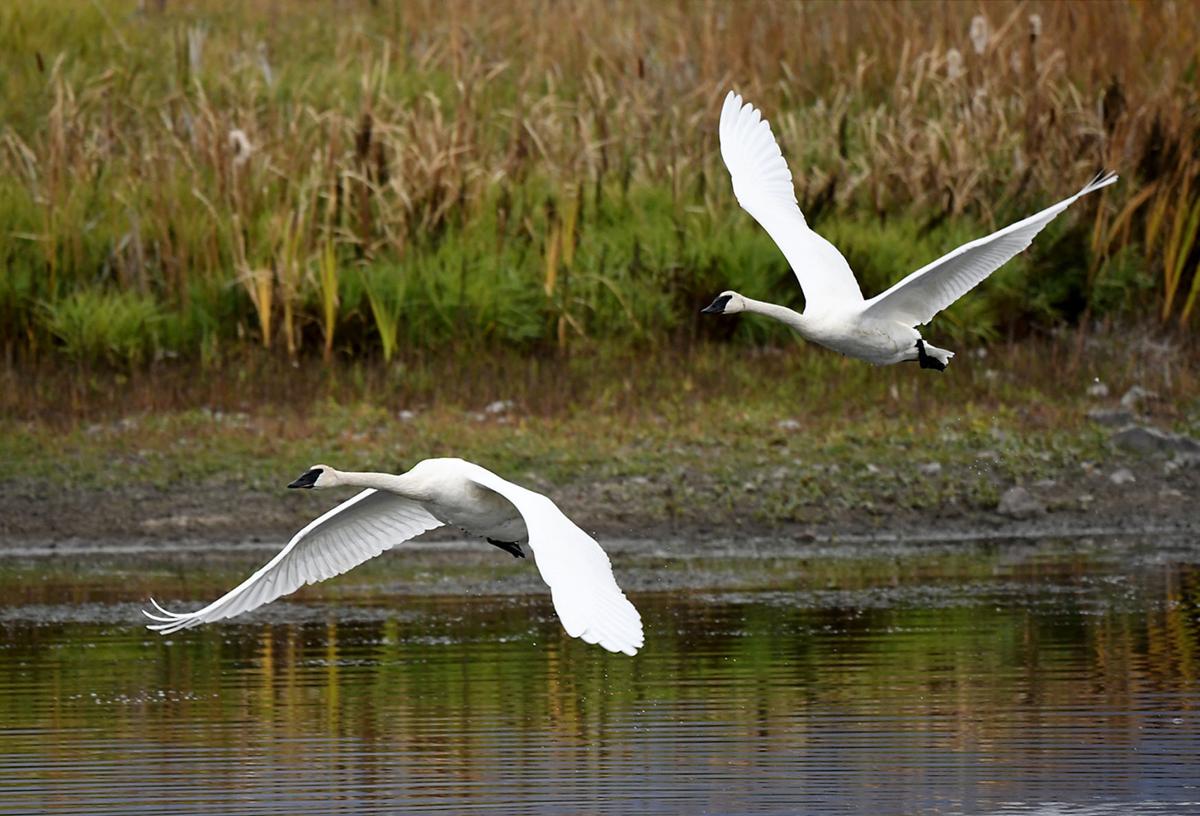 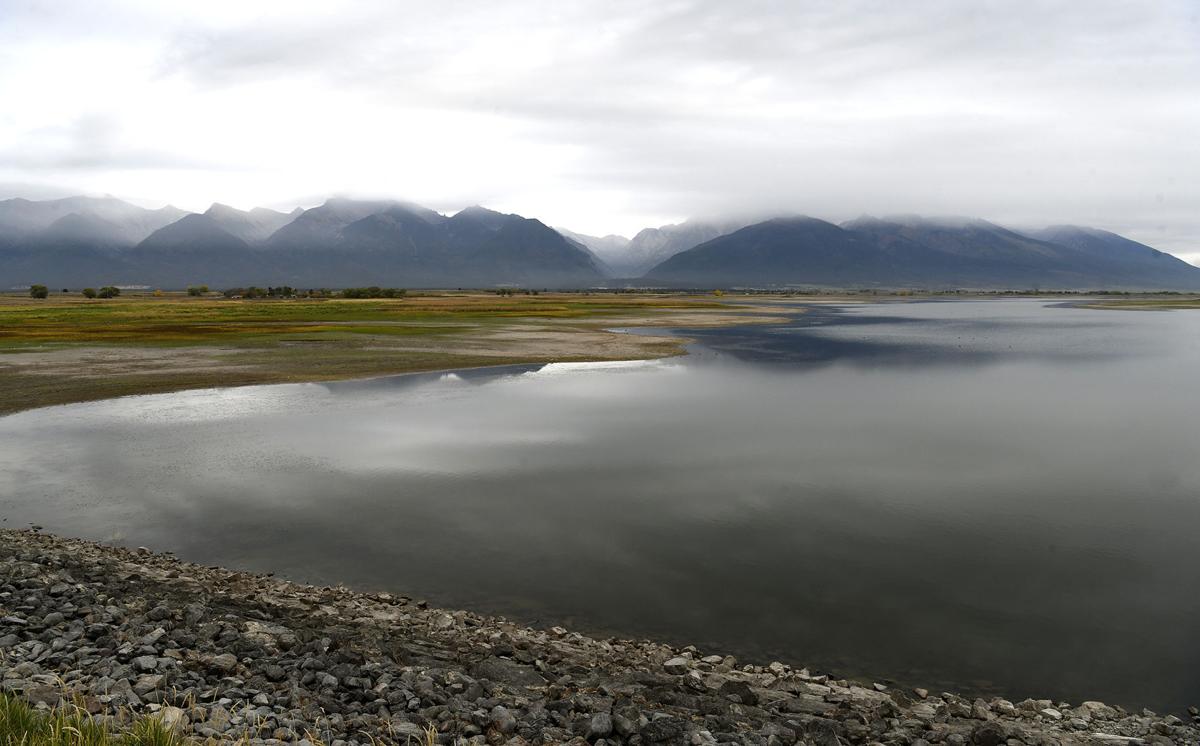 The Mission Mountains are partly covered in clouds above Ninepipe Reservoir last week. 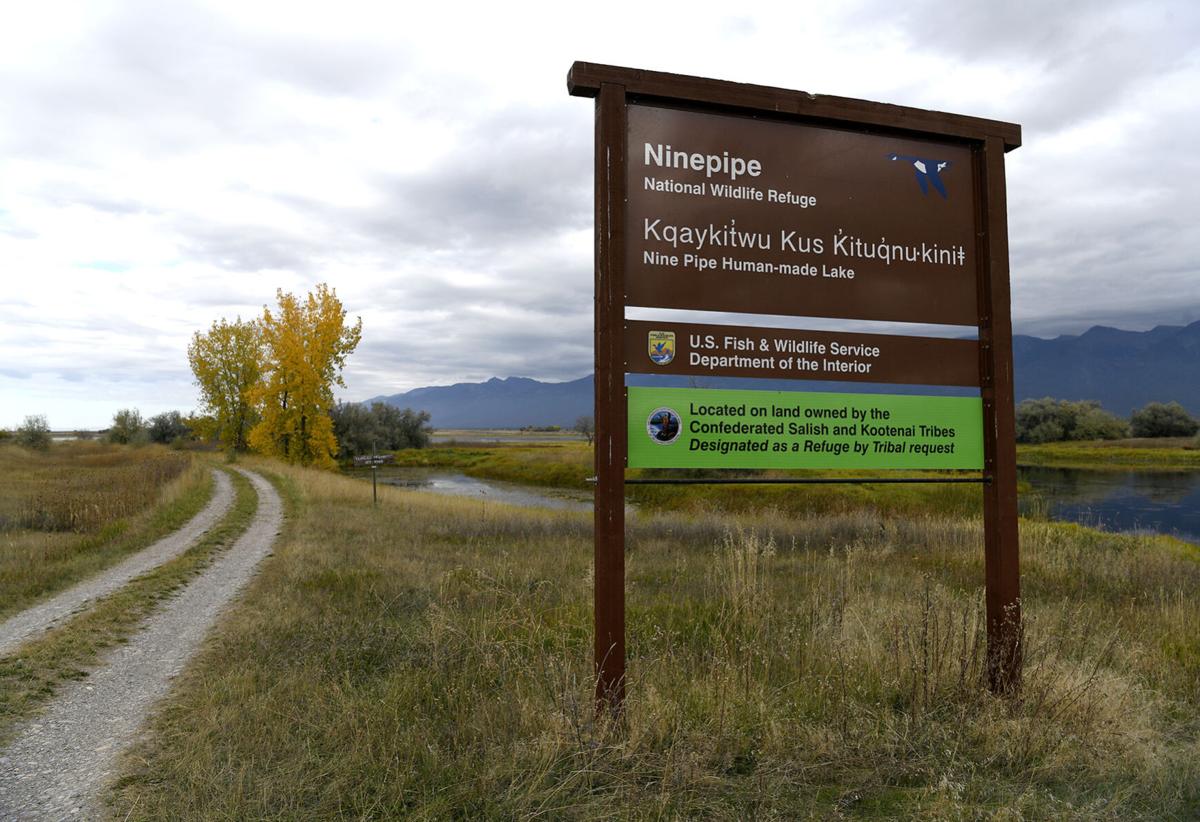 Signs at Ninepipe National Wildlife Refuge reflect the new management between the U.S. Fish and Wildlife Service and the Confederated Salish and Kootenai Tribes.

CHARLO — The pawed, finned and winged residents haven’t paid much attention, but human visitors to the Ninepipes wetlands can see some changes underway.

New signage acknowledges the “changing of the guard” in the biodiverse Mission Valley as the U.S. Fish and Wildlife Service and the Confederated Salish and Kootenai Tribes work through new management of the National Bison Range and the wildlife refuges between St. Ignatius and Ronan.

“The Bison Range facilities have been restored back to the CSKT, but FWS still has quite a bit of responsibility in the Flathead, Mission and Swan valleys,” said Amy Coffman, district manager of the Northwest Montana Wetland Management District. “We’re currently working through restoration efforts in a two-year transition window.”

The Consolidated Appropriations Act of 2021 signed by President Trump restored ownership of the Bison Range to the Confederated Salish and Kootenai Tribes.

Coffman currently works out of the Bison Range’s office at Moiese. That space will soon become part of the CSKT Wildlife Division as it takes over day-to-day operations on Ten Sleep Mountain, the 18,500-acre home of about 400 bison along with elk, deer, antelope, bighorn sheep, mountain lions and bears.

That office also oversaw a network of federal wildlife refuges, waterfowl production areas and conservation easements to the north in the Ninepipes wetlands. Those sites, especially the Ninepipe National Wildlife Refuge east of Charlo and Pablo National Wildlife Refuge south of Polson, teem with migratory geese, ducks and other waterfowl as fall weather drives them south.

Last week, FWS released a draft environmental assessment and request for public comment on proposals for a new administrative site for FWS wetlands staff. The federal agency will continue to supervise the wetlands inside the Flathead Indian Reservation as part of a larger collection of habitats including the Lost Trail Conservation Area west of Kalispell, the Swan River Conservation Area, Cruz Wildlife Refuge and numerous other partnership wildlife sites.

“The wetlands belong technically to CSKT and held in trust by the Bureau of Indian Affairs, but we’re all working together now,” Coffman said. “FWS has a perpetual easement on the Ninepipes, so we’ll continue to administer those in the same way we have, as an easement on tribal land that we manage. It’s a changing of the guard as we’re handing off everything to the tribes. The visitor service program will be left in really good hands.”

The deadline to comment on a new administrative location is Oct. 27. Comments should be sent by email to: FW6NorthwestMontanaWMD@fws.gov or by mail to: PO Box 6 Charlo, MT 59824.

Ownership of the National Bison Range west of St. Ignatius officially moved from the U.S. Fish and Wildlife Service to the Bureau of Indian Affairs on Wednesday.

Bison plans need their own roundup

Sorting out who’s upset with whom over the recent Montana bison management moves is about as easy as herding buffalo.

“We want to protect and enhance this majestic animal that is so dear to our tribes."

With use and abuse steadily climbing on all three forks of the Flathead River, a group of volunteers has grown its capacity to steward the popular waterways.

The Mission Mountains are partly covered in clouds above Ninepipe Reservoir last week.

Signs at Ninepipe National Wildlife Refuge reflect the new management between the U.S. Fish and Wildlife Service and the Confederated Salish and Kootenai Tribes.