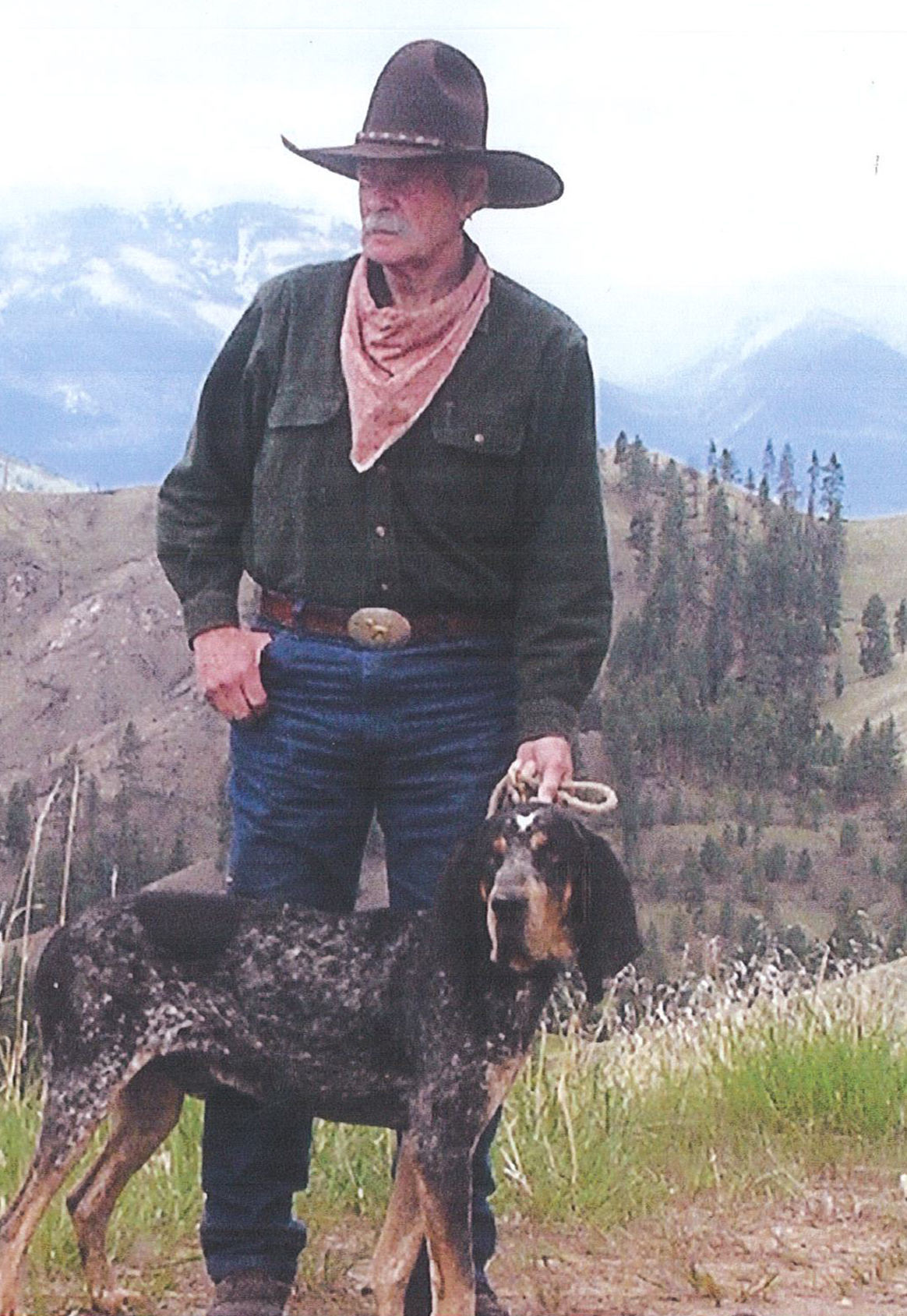 To plant a tree in memory of Del Cameron as a living tribute, please visit Tribute Store.
{{featured_button_text}}
1 of 2

STEVENSVILLE — Del Cameron, 85, of Stevensville, went to be with his Lord and Savior Jesus Christ on Jan. 4, 2020, with his son Justin Cameron and family by his side. Del spent 50 years and made his living in the rugged Rockies hiking over vast wilderness mountains, through virgin forests and countless deep canyons hunting and guiding hunters.

He was born in Findlay, Ohio, on May 2, 1934, to Oakland and Delight Cameron, the second of three children having an older sister and a younger brother. He became a Christian at an early age, was a Boy Scout who earned the rank of Eagle Scout, became graduate taxidermist at the age of 16 and built his first cabin in his grandfather's woods a year later. He graduated from Findlay Senior High School in 1952, and in 1954 married his high school sweetheart and best friend, Martha (Kit) Bradley. They had their 63rd wedding anniversary in 2017 just 12 days before Kit's death.

Del volunteered for the U.S. Army in 1955 before going on with his life. He received Solider of the Month award from his Battalion Headquarters at Fort Bragg, North Carolina, in 1956 and an Honorable Discharge in 1957. After his military service, Del saw his birthplace getting crowded and didn't want to be fenced in. Being of pioneer stock, the free roaming Cameron's always went westward ... so in 1957 with his faithful wife and eight month old son, Brad, they traveled west to the Land of Shining Mountains, the Big Sky country of fewer people. The mountains of western Montana became home where he blazed his own trails and made his own way. He worked in the timber industry and was continually in the mountains of western Montana hunting fall big game, winter mountain lions and spring bear.

Del graduated from the University of Montana at Missoula in 1962, taught High School science at Three Forks for one year and was principal at Woodman School near Missoula another year before working for the Missoula County Surveyor a year where he surveyed the site for the present day Seeley Lake High School. He was then hired as a forester for the Northern Pacific Lands Department in Missoula where he worked in timber management.

Del was a natural outdoorsman. His love of hounds, success in big game hunting and his knowledge of the forests and wildlife led him to start his own outfitting business in 1966 with hunting camps in the Lolo and Bitterroot National Forests. Not only hunting in the fall but also during the winter and spring with summer trips also, he was one of the very few in the entire West who had a strictly year around hunting business as a big game outfitter and wilderness guide. Del started his own School for Guides in Montana which was the first of such schools to be licensed by any state. Besides training men from all walks of life, in 1975 the Department of the Army 10th Special Forces hired him to train them his packing techniques and outdoor skills for their Mountain Warfare Training program. He received a Special Forces commendation for this work and these techniques were still being used by Special Operations and Navy Seal units forty years later.

In the 1960's and 1970's, Del had several hunting stories published in outdoor magazines. And as a game wise naturalist, he was the first to identify and report from first hand evidence that black bears die in their dens from extremely long, cold winters. And he was the only one of all the wildlife researchers who determined how to identify the sex of treed mountain lions which became a management tool used by several western state game departments. In 1999 he wrote a book about his hounds and his life hunting them that became a classic and was sold in every state as well as around the world and is still in print.

Del shared those wonderful years together with his lifelong partner and wife, Kit, and they raised two sons, Brad and Justin, while outfitting from their home in the Rattlesnake area of Missoula, then a small spread near Clinton, then their ranch near Victor, and finally their home east of Stevensville. Del did his own shoeing and packing of their 40 head of horses and mules, and did his own packing and guiding on hunts, hiring extra help when needed while his wife was the cook at home for guests and stayed home to handle the business, correspondences, family and kennel of hounds when Del was in the Montana and Idaho wilderness.

In later years, being a freedom loving man, he got disgusted with government rules and restrictions and quit his wilderness outfitting but continued to hunt, raise and sell his nationally recognized strain of hounds for another 20 years. As time permitted he and Kit traveled throughout the Rocky Mountain states, camping in the mountains and especially enjoying friends and mountain country in their favored Arizona and New Mexico.

In his last years, Del spent most of his time at the family's home and cabin at the foothills east of Stevensville where deer, elk, turkey, partridge and other wildlife frequented his property and where he was surrounded by mountains with a wide view of the Bitterroot range. With closed roads and locked gates, restrictions on wilderness travel, and forests being destroyed by fire and insects, Del felt he had outlived the wilderness mountains that he loved to roam, but was content that he had lived his dreams like few others and had seen the best of it. Del wrote a Christian column in a hound publication every month for twenty years, sharing the love of the Lord to many, who might not have otherwise known.

Del always gave God credit for his life and served his Lord until Jesus led him home. "For God so loved the world that He gave His only begotten Son that whosoever believes in Him shall not perish but have everlasting life."

Del is preceded in death by his wife, his parents and his sister. He is survived by his sons, Brad Cameron (Liz) of Corvallis, and Justin (Vel) Cameron of Stevensville; two grandsons, Connor and Dawson; three granddaughters, Allison, Shailee and Shawnte'; as well as his younger brother in Ohio; and numerous nephews and nieces.

Memorial services will be held Jan. 10, 2020 , at the Whitesitt Funeral Home in Stevensville at 11 a.m. with burial and military honors to follow at Stevensville Riverside Cemetery where he will lay beside his beloved wife. There will be a no-host lunch at the Frontier Cafe in Stevensville following graveside services for those who would like to come and fellowship and celebrate his life. Condolences may be left for the family at whitesittfuneralhome.com.