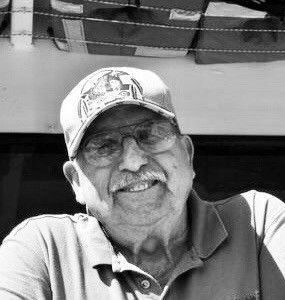 To plant a tree in memory of Harold Herbig as a living tribute, please visit Tribute Store.
{{featured_button_text}}
1 of 2

Herb was born June 18, 1931 in Melstone, he was adopted and raised in St. Ignatius by Burt and Lavonne Herbig. Attending St. Ignatius schools, Herb graduated with honors from St. Ignatius High School. He attended Montana State University, graduating in 1954 with a degree in Civil Engineering. While attending college he was an active ROTC member. Herb was an avid outdoorsman, due in part to his growing up hiking, fishing and exploring the Flathead Valley and Mission Mountain Range. Hunting, fishing, skiing, hiking, climbing and camping were a few of his passions. The love of the outdoors was passed onto to his children, grand and great grandchildren.

After college he moved to LA but shortly returned to Montana to work for the Anaconda Company in Columbia Falls. He joined the Air Force in 1954 and attended officer training school at Wright-Patterson AFB in Ohio. Herb was assigned to Ladd Air Force Base in Fairbanks, Alaska where he was part of 11th Air Division designing and installing the DEW Line and numerous “White Alice’s” throughout northern Alaska in support of US Cold War efforts. While stationed in Fairbanks, Herb met a young woman from Idaho, Virginia Sulzle.

Marrying in 1956, Herb and Virginia enjoyed a full and happy marriage having celebrated 63 years in September. Herb and Virginia moved from Fairbanks back to Montana working and living in Columbia Falls, Billings, Great Falls, Missoula and then Butte. In Butte Herb worked as a Civil Engineer for the Anaconda Company. His four children attended Butte Schools and graduated from both Butte High School and Butte Central High School. He continued to work as a Civil Engineer until his retirement in 1999 from the City of Spokane.

Retirement years were spent traveling around the USA in their motorhome and enjoying their lake house on Flathead Lake with their family and friends.

He was preceded in death by his parents, Burt and Lavonne Herbig and his granddaughter, Kelly Rose Cortesi.

Services were held in Kalispell on November 23rd. A celebration of life will be held in June at the family home on Flathead Lake.