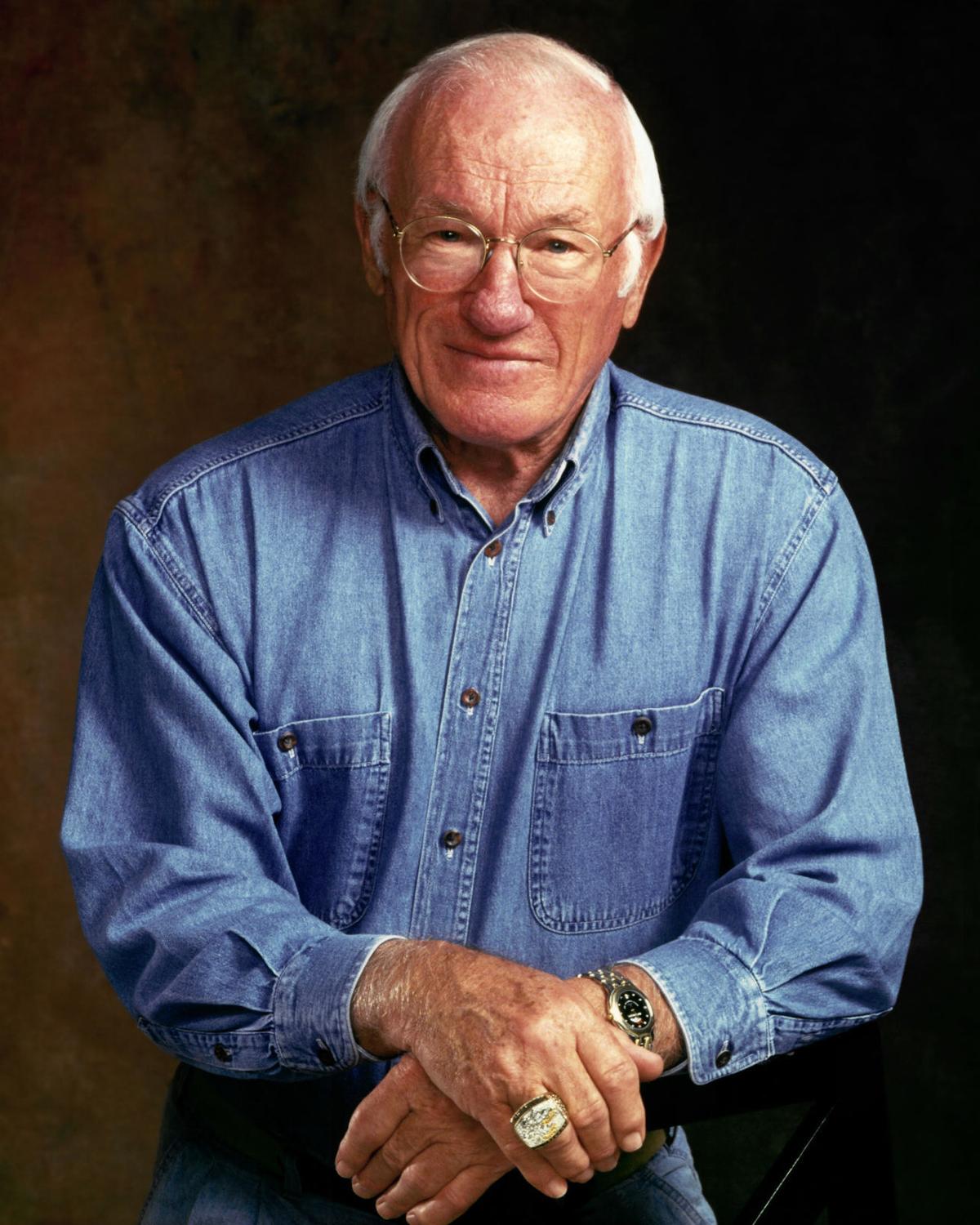 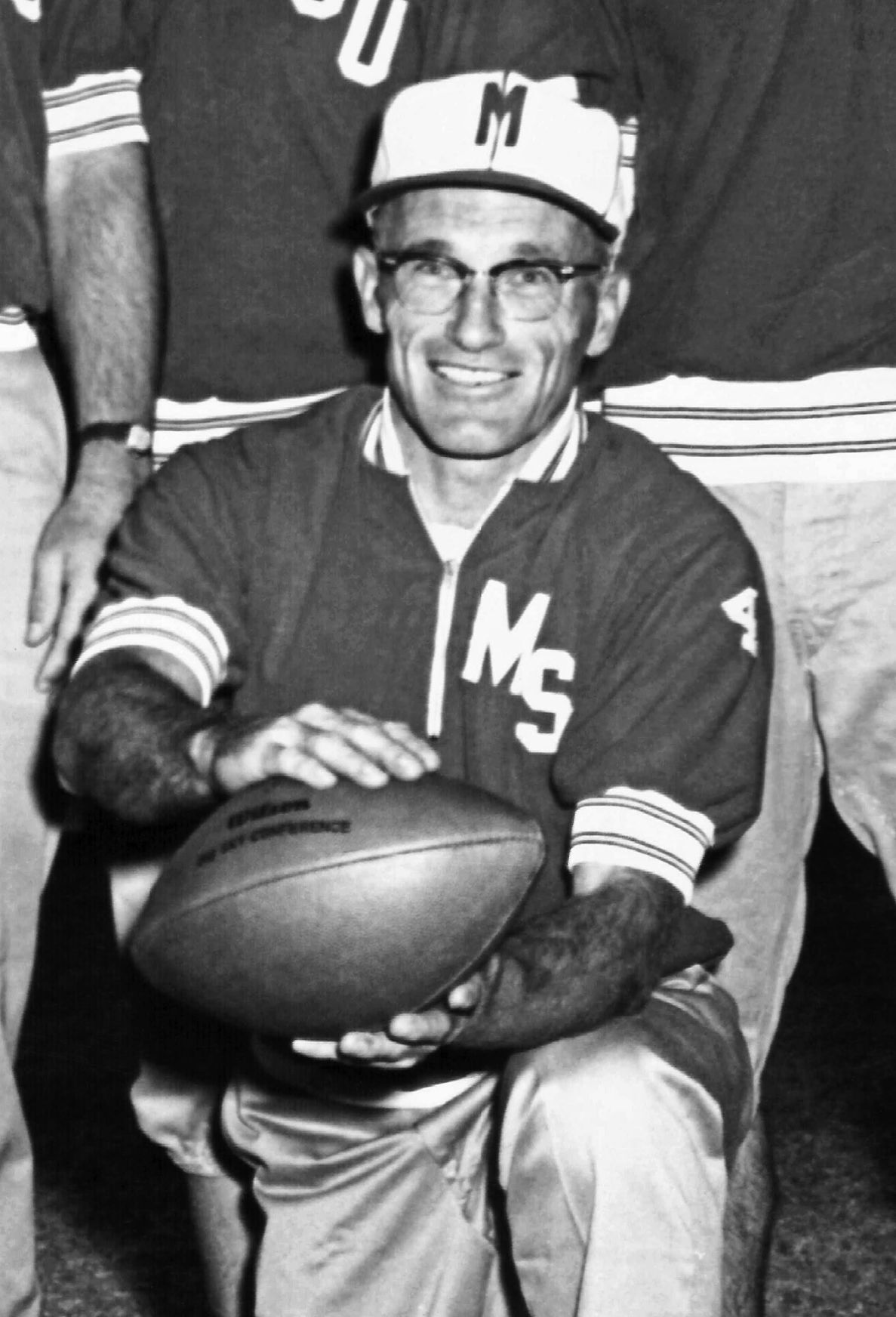 HAMILTON – Hugh Calvin Davidson, 92, of Hamilton died of a broken heart on Dec. 29, 2020 at Discovery Care Centre. He joined his beloved wife Jane in heaven on the day that she was laid to rest — determined to be with her as their family celebrated her life.

Born the youngest of three children to Ford and Edith Davidson on Jan. 19, 1928 in Grant, Nebraska, Hugh attended Perkins County High School, where he was a gifted athlete, excelling in football, track, and basketball. Upon graduation in 1946, he served as Boatswain’s Mate Third Class in the U.S. Naval Construction Battalions, or “Navy Seabees”, at the end of WWII, receiving the World War II Victory Medal. Hugh’s entire family—his parents, brother, and sister—all served in the military, as would two of his future grandsons.

Hugh was honorably discharged from the Navy in 1948, and while on the East Coast he met Jane Stoughton. A beautiful, brown-eyed, dark-haired high school girl from Claremont, New Hampshire, whom he instantly fell head-over-heels in love with on their first date—a blind date arranged by family. Letters that he exchanged with Jane after he returned home to Nebraska reveal their growing affection and plans for a future together.

Although Hugh had entertained joining the Air Force Reserve and walking in the footsteps of his brother, who was a decorated pilot in the war, he decided to attend college instead. He enrolled in Colorado University at Boulder in 1949. There he majored in Geology and minored in Physical Education, joined the Alpha Tau Omega fraternity, and played fullback on the football team. But the busyness of school could not keep his mind off of Jane. The next summer he went back to New Hampshire and married the love of his life on July 18, 1950 in Claremont. The couple returned to Boulder until Hugh graduated, upon which he started his career. But not in the field of geology. It was football that would be his destiny.

Hugh’s first stop was Osborne, Kansas, where he taught high school P.E. and coached both football and basketball. His gridiron team were conference champions both years of his tenure, catching the eye of his alma mater, Colorado University. They recruited him as head coach of the freshman football team, so back to Boulder Hugh and Jane went.

During their four years in Boulder, Hugh and Jane celebrated the Buffaloes unprecedented Orange Bowl win over Clemson in 1957, and the birth of their oldest daughter, Niki. In 1958 Hugh was offered an assistant coaching job, at what was then known as Montana State University (now University of Montana), by a fellow coach and friend, Ray Jenkins, who had just taken over the reins as head coach of the Grizzlies. Hugh would spend the next six years as the defensive backfield coach, receiving recognition as Defensive Secondary Coach of the Year by the American Football Coaches Association in 1961. During this time his daughters Toni and Jill were born. He even learned to fly and earned his pilot’s license. In 1963 Hugh was elevated to head coach, but after a few lackluster seasons, left coaching and moved his young family back to Colorado in 1966.

Hugh went into restaurant management for a time, then tried his hand at insurance. But before he could even complete his training, an old coaching friend asked him to join his defensive staff at Idaho State University in Pocatello, Idaho. In 1972 a former teammate from Colorado University, who was the new director of player personnel for the Denver Broncos, offered him a position as a professional scout. It was a dream job that turned into a lifelong career. And because he could live anywhere near an airport, he made one final move—back to Montana where he and Jane had many close friends, settling his family in Hamilton.

During his 30+ years with the Broncos, he spent most of the year on the road while Jane kept the home fires burning. From scouting the Northwest region, to becoming the Bronco’s head scout and flying across the country evaluating the top 100 prospects, Hugh did his part to build a successful Broncos team, culminating in six Super Bowl appearances—two of them wins. His most memorable recruit was the standout quarterback from Stanford, John Elway, whose father Jack had joined the Grizzlies coaching staff at the time Hugh was leaving Montana in 1966.

Although Hugh traveled often, he was fully invested in his family. Every moment home found him spending time with Jane and his girls, who were accomplished athletes like their dad. He joined the local golf club and introduced the love of the game to Niki and Jill. They recall how he would drop them off at the course in the morning and pick them up in the late afternoon, always giving them pointers to develop their games. Both girls excelled in high school golf, and when Jill’s team won state twice, he couldn’t have been more proud. Hugh coached Toni as she ran track, often driving hundreds of miles to take her to meets for extra experience. And when she took his advice to run a longer distance, she won first place at the state meet her senior year in high school. All three girls played basketball and Hugh and Jane were their biggest fans, traveling across the state to cheer them on. After the girls married and the grandkids came, they attended every game, match, meet, concert, play, graduation, and wedding that they could to show their love and support.

Hugh’s family holds fond memories of time spent with him. The best were the simplest and often involved food. Like watching a game on TV and eating burnt popcorn. Or eating Jane’s famous chili after a long day of skiing at Lost Trail. Hugh loved to cook too, from his perfect New Mexican enchiladas (a Christmas Eve tradition that began in Kansas) and barbequing tri-tip in the dead of winter, to serving up chicken fried steak for Elks Lodge dinners, pancakes for the annual Kiwanis Club breakfast, and kabobs at the fair.

Hugh and Jane loved to entertain, and their home was host to many a party filled with friends and family, especially during the holidays when the girls and their families would gather in Montana. Hugh and Jane also liked to travel. The perks of working for the Broncos took them to games in Tokyo, Berlin, and Barcelona. And when the team made it to a Super Bowl, it was an occasion for the entire family to enjoy a vacation.

Hugh lived by his values and instilled the importance of character, honor, and virtue to his children and grandchildren: from his work ethic and how he treated people, to his seventy-year marriage to Jane, whom he adored. They were values he saw modeled by his parents and those of his faith. His family remembers a time when Mike Ditka, then coach of the Chicago Bears, said to them “You kids have no idea how respected your dad is in the NFL”. They weren’t surprised, because that was Hugh. He was a hard-working, honest, loyal, humble, and generous man who cared about those in need. That’s why he and Jane poured themselves into the community they loved, volunteering and supporting a variety of worthy causes, like the annual Kiwanis food drive and the benevolence programs of their church. Hugh also had a great sense of humor and could tease with the best of them. Especially with Jane, he loved to make her laugh.

Hugh is preceded in death by his wife Jane, his parents, brother Verner, and sister Althea. He is survived by three daughters, Niki and husband Chuck Shonkwiler of Hamilton, Toni and husband Tony Rome of Eagle, Idaho, and Jill and husband Blake Robbins of Apple Valley, California; eight grandchildren and three great-grandchildren; in-laws, nieces and nephews across the country.

A celebration of his life will be held during the summer of 2021 when all of the family can attend. A notice of which will be forthcoming.

The family would like to express their gratitude to the staffs of Discovery Care Centre and Hamilton Assisted Living and Memory Care for their compassionate care of Hugh and his beloved Jane. They suggest that memorials be made to the following:

Condolences may be left for the family at dalyleachchapel.com.