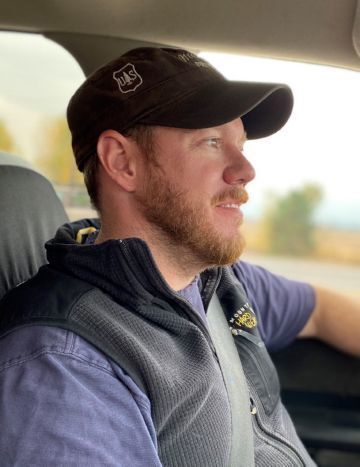 FRENCHTOWN - Jack passed away May 8th from cancer. He was diagnosed in early November with small cell carcinoma and wasn't expected to live long. With Dr. Thomas's care and a will to live, Jack had six special months with his family.

He was born in Butte on July 7, 1983 and grew up in Missoula. He attended public schools and graduated from Hellgate High School in 2002. Jack's interests ranged from AP History to welding and machining. He began a career in the Forest Service between his junior and senior year of high school fighting fire on the Lewis and Clark National Forest in Choteau.

After a semester of college at Montana Tech in 2004, he decided his hands were not dirty enough. Upon learning that the Navy offered a program to become a machinist, Jack joined and was assigned to the USS Carl Vincent Aircraft Carrier based in Bremerton, WA. This was as close to Montana as he could get. The carrier was reassigned to Norfolk, VA via the Persian Gulf. This took him around the world and he summarized this with, “Dad, there is a hell of a lot of water in this world.”

Following his service in the Navy Jack worked two years in machine shops before returning to Missoula. He then rejoined the Forest Service, working at the Fire Lab fabricating hardware for experimental burns. Jack later moved to the Regional Office as a mechanic, fabricator, machinist, and troubleshooter for wildland fire engines.

While at the Lab, he met Ana Cambero and they fell in love. In April of 2016 they were married at their home outside of Frenchtown. Their son Ty was born in June of 2017. Jack loved time with his family, especially trips to Glacier and Yellowstone. After his cancer diagnosis, he worked diligently to prepare their home for Ana and Ty after his passing. Jack will be remembered by his friends and family for his work ethic, generosity, and caring personality. He is survived by his wife Ana, son Ty, sister Sarah, parents Jim and Wendy.

The family would like to thank the St. Patrick nurses and Partners in Home Care for their compassionate care. No service is planned at this time.

Donations in his memory can be made to the Wildland Firefighter Foundation or the Humane Society of Western Montana.

Arrangements are under the care of Garden City Funeral Home in Missoula.