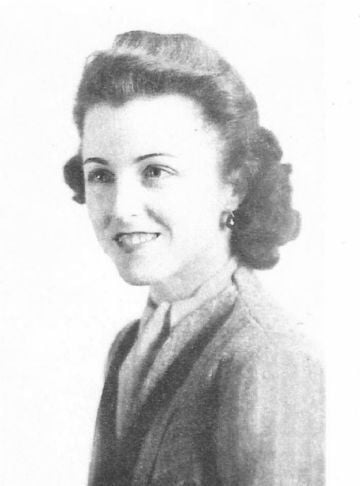 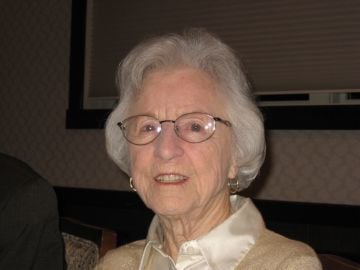 MISSOULA, MT Margaret Frances (Noble) Walker died peacefully of natural causes on March 14 at the age of 98. She was preceded in death by her parents, Edward and Mabel Noble; her husband, Leland J. Walker; and her brother, Robert Noble and her sisters Bonnie (Thomson) and Lois (Sampson). She is survived by her daughter Peggy and son-in-law Patrick Marx, Sr., of Missoula; son Tim and daughter-in-law Sheila (Cooney), of Portland, OR; and son Tom, of Phoenix, AZ.; by her grandchildren Lucy and Liam Walker and Patrick Marx, Jr., and by numerous nieces, nephews, grand-nieces and grand-nephews.

Margaret was a small-town Montana girl. She was born February 22, 1923 in Choteau and spent her growing up years in nearby Bynum and then Saco. She attended Montana State College (now Montana State University) where she majored in home economics and music, was a member of Alpha Omicron Pi sorority, was an outstanding student and campus volunteer, and graduated with honors in 1944. She remained a devoted Bobcat fan and University supporter throughout her life. She was hired to teach Home Economics at the brand-new high school in Chinook, where she worked and waited for her fiancé, Lee, to come home from U. S. Navy duty in World War II in the South Pacific. They married in January 1946, and after several moves for Lee's career and his recall to the Navy during the Korean War, Margaret and Lee settled in Great Falls, where Margaret was an active member of the community and the First Methodist Church. They moved to Missoula in 2012, after 56 years in Great Falls, to be near their daughter. In the end, Margaret liked living in Missoula, despite the fact that it was home to the Grizzlies, the Bobcats' archrival.

Margaret was an avid, lifelong bridge player, and loved music. She made sure that her children all learned to play the piano and other instruments and attended musical performances. She was a founder of the Great Falls Community Concert Association, which brought first rate musical performers to the city. She also loved the outdoors, especially the family cabin on Little Bitterroot Lake near Kalispell, where she and Lee enjoyed kayaking, birdwatching and seeking out wildflowers. Reading was another passion and one of her favorite ways to relax. She also enjoyed reading the Great Falls Tribune (and later the Missoulian) and doing the crossword puzzle every day and working on jigsaw puzzles when she was at the family cabin.

Fundamentally, Margaret was a teacher, and she was good at it, whether she was teaching home economics – which she continued to do part-time and full time until her retirement – or just about any other subject. She tutored elementary school students and was a docent at the Charles M. Russell Museum. Margaret and Lee travelled the world together after his retirement, often with friends.

The family wishes to express its heartfelt thanks to the staff at Grizzly Peak senior residence, to Margaret's caregivers, especially to Elizabeth Houston, whose devotion made such a difference in Margaret's final months, and to the team from Frontier Hospice, for all their assistance near the end. A Celebration of Life will be held later, when we can again gather together safely.

In lieu of flowers, donations may be made in Margaret's memory to The Parkinson's Foundation Pacific Northwest (a disease that claimed Margaret's mother and husband) or to the Missoula Food Bank.