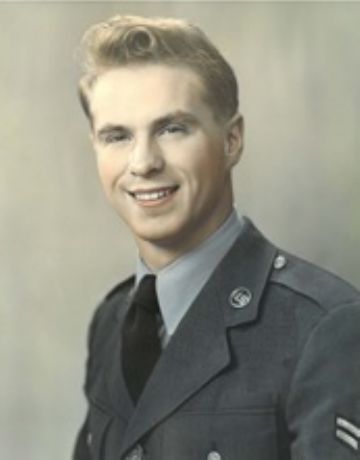 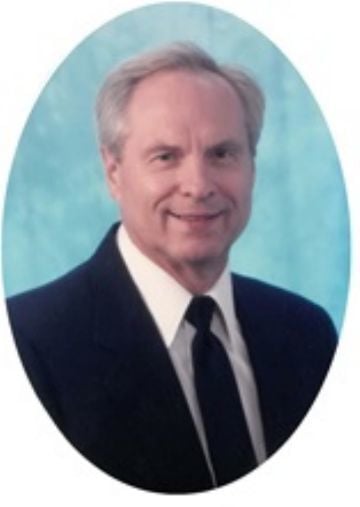 Raymond Phillip Tipp passed away peacefully early this past Tuesday morning, April 27, 2021, at his home and with his wife, his three children and his son-in-law and daughters-in-law attending to him.  Following is a biography/obituary that he began several years ago, but which is inadequate to capture the true essence of the man:

“Born January 3, 1930, in a new house that my father had built on the dry land farm about 8 miles from Froid, Montana, which he and mother were buying from my grandparents, Louis and Minnie Tipp.  My grandparents were children of immigrants taking advantage of the Homestead Act and, while Grandpa Louis lived on the South Quarter to ‘prove up’ for his claim, Grandmother Minnie homesteaded on the North Quarter for the same reason.  That way they had a total of 360 acres together.

Dad and mother kept the farm until I was a Sophomore in high school, when they sold to George Waters and moved into Froid, with all seven of us children – Robert, Donald, myself, Dorothy, Virginia and Sylvia, and George.  Dad and mother remodeled and built a new home in town.  Dad took up the carpentry business in repairing and building grain elevators and accessory buildings and integrated I and my two older brothers, Robert and Donald into the carpentry trade and business.

I finished up to the fifth grade in Daly Pubic School a mile from the farm home where there were 13 students–seven from our family.  Then to Froid for the sixth grade, Culbertson for the seventh grade and thereafter to graduation at Froid public school.  I was lucky to be the Captain of the football team for three years; lettered for four in football and three in basketball and track. I coached the 7th and 8th grade basketball teams during my junior and senior years.  I played male lead in the school plays during my junior and senior year.

I self-taught myself to play the accordion and started to play for dances and to entertain in the local bars during that time.  I had a short stint working in the Jenisson coal mine at Culbertson as a mucker, shocked grain bundles as a contractor on local farms and hand dug basements during my school years. I worked as a carpenter in Montana, North Dakota and Minnesota until I enlisted in the U.S. Air Force in Dickenson, N.D. and spent the next four years in the service.

I attended electronics school in Illinois, assigned to a depot maintenance squadron in Burtenwood AFB, Warrington, England and became an airborne radio operator and section chief for nearly three years.  I took classes offered by the University of Maryland while in England, returned to the States to be stationed for a short while in Texas before completing my enlistment.  Entered the University of Montana September 1954 and graduated with a BS in Business in August 1956.  Then attended Hastings School of Law, University of California for one year, then transferred to University of Montana where I graduated in June 1959 with a Juris Doctorate.

During my college I started and conducted my own insurance agency specializing in life and hospital sales as well as did some bill collecting to pay for college.  Started practice of law in Missoula December 1959, on a stairway landing in an office building with an unpainted plywood desk Dad built for me with the $15.00 he loaned to me.  Two years later I moved into a proper office and from there started my move to better and bigger facilities as the practice allowed.

I am married to Eleanor Collins, was married to Karen Weed with whom I had three children, Lynda, Bryan and Ronald, then married to Colleen Lynch.  She had two children, Kelsey and Clayton.  Eleanor had one child, Hawlee.

I have many interests, I am a carpenter, was a real estate developer, owned several bars, musician, inventor, manufacturer, an airplane pilot, did lapidary, was a jeweler, owned a jewelry store, residential landlord, inventor and manufacturer as well as building spec houses and buildings over the years.”

For me, work isn’t just a means of paying the bills;

it’s also a calling, one that gives me a sense of purpose and self.”

While the foregoing adequately covers his early life, and touches on some of the important life events and accomplishments, it does not provide a complete picture of our patriarch or how dearly he will be missed.  In the over 60 years that he actively practiced law in Montana he developed a reputation as a fierce advocate for his clients, and a formidable adversary to his colleagues.  Yet, his ability to leave the controversy at hand in the courtroom allowed him to maintain close relationships with his fellow members of the Montana State Bar.  The number of lawyers that have and continue to consider him a mentor is astounding.  Among his own family, he encouraged and mentored his brother-in-law, his daughter, his son and his step-daughter all to pursue careers as lawyers.

In his business and professional lives, he was known to be a tough negotiator, prone to driving a hard bargain.  Yet, he was also known for his generosity to his family, clients and tenants.  He was forgiving to many who crossed or wronged him, and was never known to carry a grudge.

He never did anything half way.  During his life he was an active member of numerous fraternal and philanthropic organizations, including, the Sigma Chi Fraternity, the Benevolent and Protective Order of Elks, the Eagles, the Masons, Shriners and Jesters.  In addition to his long professional career in the law, and his various business ventures noted above, he was also an extraordinarily creative entrepreneur and inventor.  All told, over the course of his 91 years he acquired 26 patents, 8 trademarks and 3 copyrights.

Above all he was a living example of industry, creativity and beneficence to all of those who had the privilege to be related to or associated with him.

He is survived by his wife, Eleanor; his three children Lynda (Kevin) Mickelson, Bryan (Lori) and Ron (Jennifer), all of Missoula.  He is also survived by 8 grandchildren:  Elle (Shawn) Amaya, Madalyn Butler, Caleb (Braelin) Tipp, Wade Butler, Natalie Tipp, Carly Tipp, McCall Tipp and Carson Tipp. Ray is also survived by his step-daughter Hawlee (Miguel) Valente, and their children Amelia and Hannah.  Among his siblings, Ray is survived by a sister, Virginia Hinton, and a brother, George (Shirley) Tipp and numerous nieces and nephews.  Ray maintained close ties with his second wife, Colleen, and her children Kelsey (Brent) Milliron and Klay Hanson, as well as his brother-in-law from his first marriage, Alvern (Barbara) Weed.

A special thank-you to Dr. Newton Coutinho, M.D., and his wonderful staff who kept Dad’s heart ticking for the past two decades.  Thanks also to the staff at St. Patrick’s Hospital that assisted through his final illness, and Partners in Home Care Hospice that were essential to getting him home for his final days.

Funeral services will commence at 11:00 AM on Tuesday, May 18, 2021, at the Western Montana State Veterans Cemetery, 1911 Tower St, Missoula.  A reception will follow at the Fort Missoula Park Pavilion.  In lieu of flowers, those so inclined are encouraged to instead make a donation to Missoula AniMeals in Ray’s name. Online condolences may be left at gardencityfh.com.