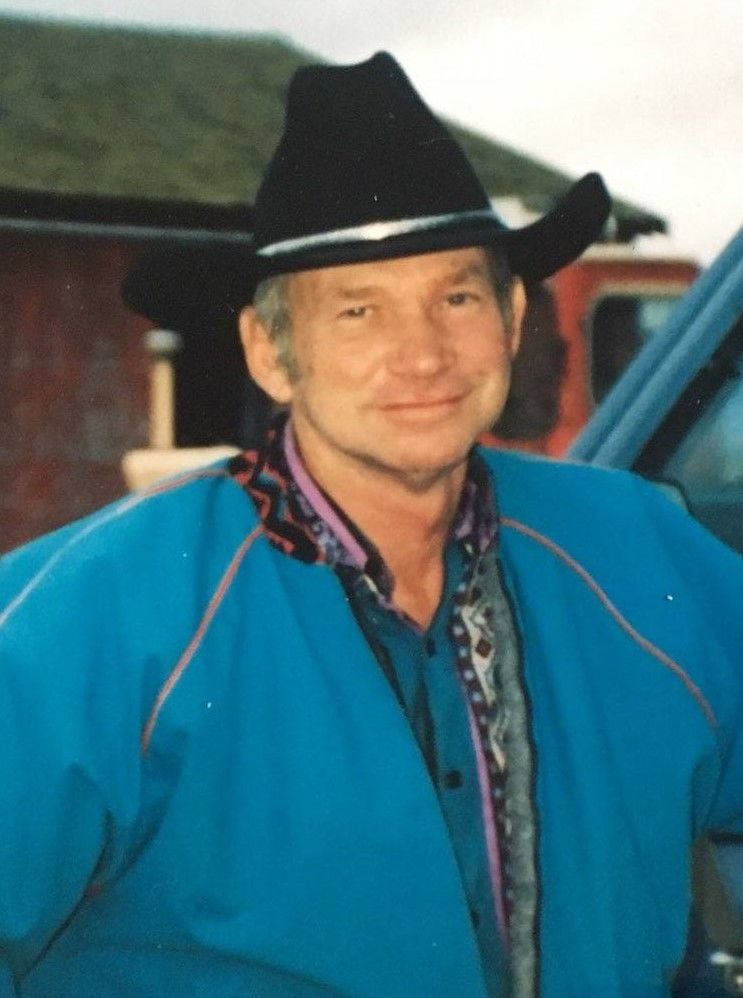 To plant a tree in memory of Richard Dennis as a living tribute, please visit Tribute Store.
{{featured_button_text}}
1 of 2

CHARLO — Richard “Arlan” Dennis passed away Jan. 2, 2020 after a battle with dementia.

Arlan was born July 8, 1939 to Charlie and Dorothy Dennis in Twin Falls Idaho. The family moved to what would become their family farm to this date, south of Ronan, in 1943. Arlan spent his school years in Ronan and graduated from there in 1957.

Arlan married Judy Heyne in March of 1961 and they had two children Linda and Rick.  They divorced in 1991. In November of 1961, he was drafted into the Army Chemical Corp. It was with the chemical corp that he participated in the Nevada Atomic Bomb Testing. After his discharge, the family moved to Bonner where he began work in the local lumber mill and later moved to Pablo to work at the Plum Creek Mill.

He later started working at the local Creamery in Ronan until he started selling tractors at Stedje Bros, working there when they expanded to Missoula where he became the manager. After retiring from there, he opened his own used farm implements business and sold machinery and tractors until he moved back to Missoula to sell tractors for Big Sky Tractors in Missoula.

In 1997, Arlan married Kathy Shaw and they lived in the North Crow area until Kathy’s passing in 2010. He then moved back to the family farm on Two Creek Lane – south of Ronan, to live out his retirement years enjoying the woods and his little log cabin and where you could always find him on his tractor. It gave him great joy to teach his grandchildren to fish and hunt and he loved telling stories of his days growing up in the valley and time in the military.

Arlan was preceded in death by his parents, Charlie and Dorothy Dennis and his wife Kathy.  He is survived by his children Linda (Mark) Goetsch, Rick (Brenda)Dennis, and his grandchildren Brittany (Ryan) Bryson, Brandon (Janelle) Scott, Riley (Chye)Dennis, Alexandra (Trae) Garcia and Nathan Dennis, eight great grandchildren, and he is also survived by his siblings Norma (Albert)Knutson, Jerry (Carol) Dennis, and Marilyn(Arlo) Baltz.

Services are to be held at a later date. Messages of condolences may be shared with the family online at lakefuneralhomeandcremation.com. Arrangements are under the care of The Lake Funeral Home and Crematory.