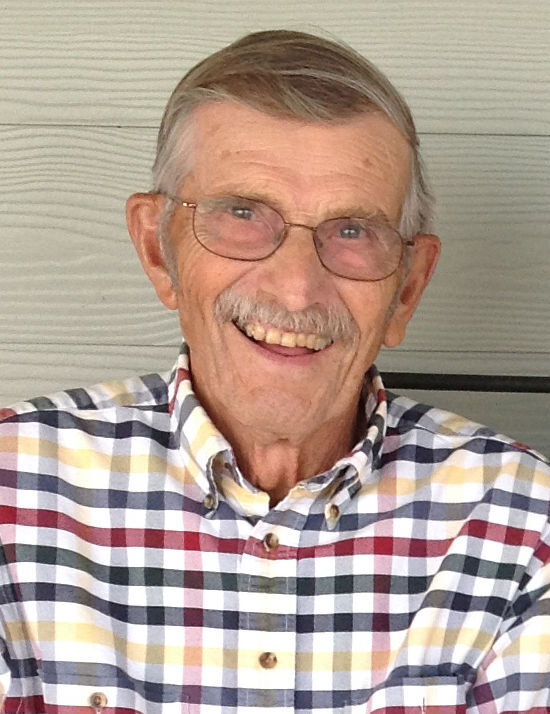 FLORENCE - Vern L. Thompson (1923–2020) passed away peacefully at his home in Florence, on November 17. As he liked to say, he wasn’t born in Montana, but he got here just as soon as he could. His family is so glad he did.

After serving in the U.S. Coast Guard during WWII, Vern met his bride-to-be, Roxana, back home in Hudson, Wisconsin. Vern had dreams of moving out West, fueled by his love of the outdoors and his fascination with the American West. He dreamed of riding the range under the Big Sky. Remarkably, those dreams came true.

Vern and Roxana moved to Montana in 1947 and were soon married in Missoula, where he studied forestry and range management at the University of Montana on the G.I. Bill. Vern went on to spend a remarkable career in the Forest Service, during a pivotal time for the agency. In an accounting of his life, found in a folder he had labeled, with characteristic humor, “End of the Line,” Vern provided a humble and understated summation of these years:

So, the next summer he and new bride, Roxana, were fire lookouts on the Lolo Forest. In 1950, he graduated with a bachelor’s degree in forestry. He worked for the BLM in eastern Montana on range surveys and range management for four years then transferred to the Forest Service as assistant ranger at Nye, MT.

He later moved to ranger jobs at Ennis and Livingston; staff jobs on St. Joe Forest, Regional Office, and Custer Forest, then to Forest Supervisor, Humblodt Forest in Elko, Nevada, and last to Washington, D.C. where he retired after 30 years of service.

These years of service, many of them spent on horseback in some of the most beautiful country in the world, gave him a deep love of Montana and the American West. An avid reader, his bookshelves were filled with volumes on the West, from histories to biographies, field guides to fiction. He was equally comfortable talking to ranchers and environmentalists, and throughout his life he sought to instill respect, appreciation, and protection for the natural world. He hated to see litter along the roadside or at a picnic/camp site and always reminded his four daughters to “pack it in, pack it out.”

While Vern took his work seriously, at home he was more inclined to humor. To get the kids and grandchildren laughing, he would sing old cowboy tunes and then break into his version of clogging. He loved the old Western songs, from Sons of the Pioneers to Eddy Arnold and Marty Robbins, and he would often grab Roxana or one of his four daughters and spin them around the kitchen to a favorite tune.

Vern was also known for his great old expressions, from “There goes Barney Oldfield” to “Hold her Knut, she’s headed for the barn” to “It’s leaning off towards Murphy’s.” Even in his 90s he might sign off from a phone conversation with his sister Eleanor with a deadpan “Stay out of the bars, now.” Children or grandchildren who were acting up might be asked “Do I need to get the buggy whip?” If there was a buggy whip, no one ever saw it.

Vern had a way of making each person in his life feel special, often with the simplest of gestures and the fewest of words. Just hearing his voice on the other end of the line asking, “How’s things on your side of the hill?” could bring a homesick daughter to tears.

Vern and Roxana were married for 73 years, and his passing came just nine weeks after her own. Together, they lived a rich life, filled with family, friends, dogs, and horses. They were a team. Despite the stress of moving so often, both when the daughters were young and even after Vern’s retirement, they weathered the storms that came and always stuck together. If they argued at all, no one in the family ever heard them. Vern described their post-retirement life in two simple paragraphs:

He and Roxana moved back to Montana and with the help of friends they built a house near the Jocko River, east of Arlee, where they lived for 10 years. After that, they moved back to Missoula for a few years. His friend Drake said he was always moving just to keep one step ahead of the sheriff. He claimed he was just looking for greener grass.

They moved up to Florence and took up with the White Cloud bunch for 10 years. They found good grass and water on the bench above Corvallis and settled there with good horse pasture. After 10 years and no more horses they moved back to Florence.

Vern was a kind, gentle, and thoughtful man who was full of goodwill and good humor. He was a man of integrity, which came through in his work ethic, his attention to detail, and his social consciousness. He was a person who pulled his weight, did things the right way, never complained, and helped lift the spirits of those around him. Years after his retirement, old friends and colleagues would still drive several hours to meet him and Roxana “halfway” for lunch and several cups of coffee.

He will be dearly missed by all who knew him. We will carry him in our hearts, and we look forward to seeing him again one day, on his side of the hill, where the grass is green, the water is cool and clear, and the sky is as big as Montana’s.

A memorial is planned for a later date at the Western Montana State Veterans Cemetery.