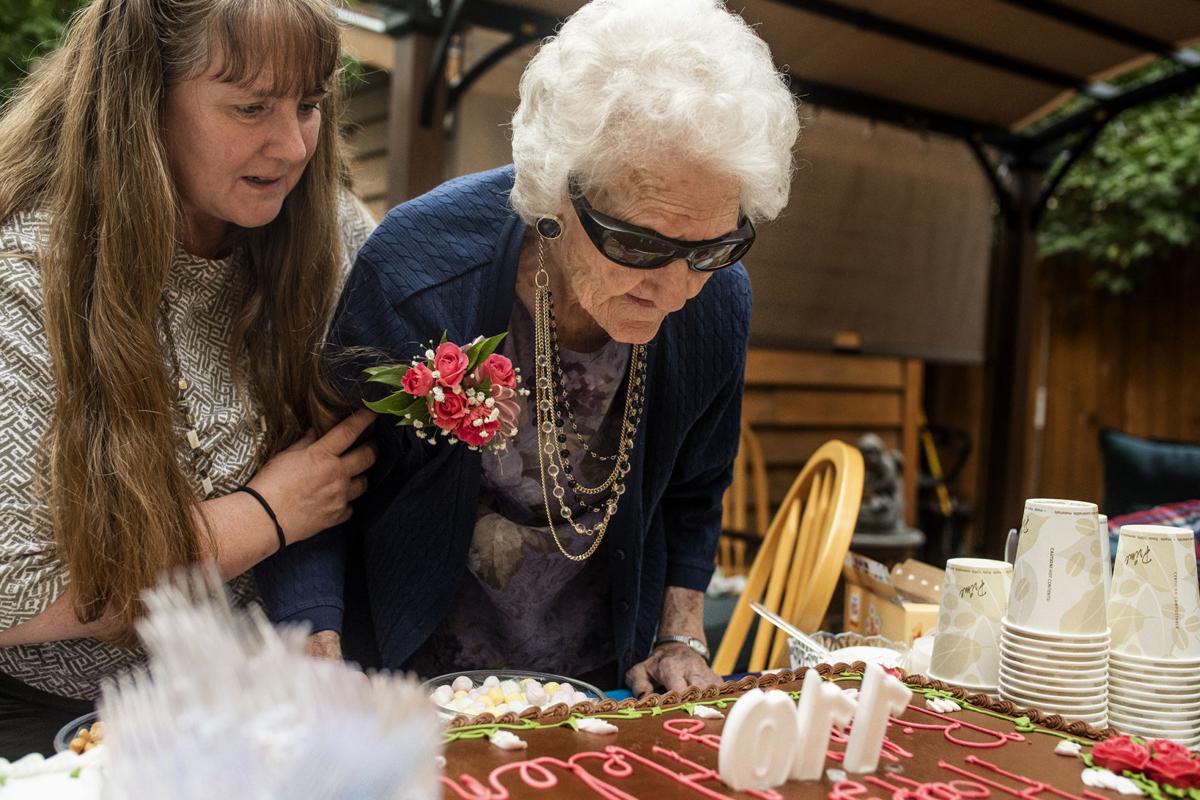 Helen Self, right, celebrated her 110th birthday with family at her daughter's home in Missoula on Saturday. More than 40 members of the family were there to help her celebrate. 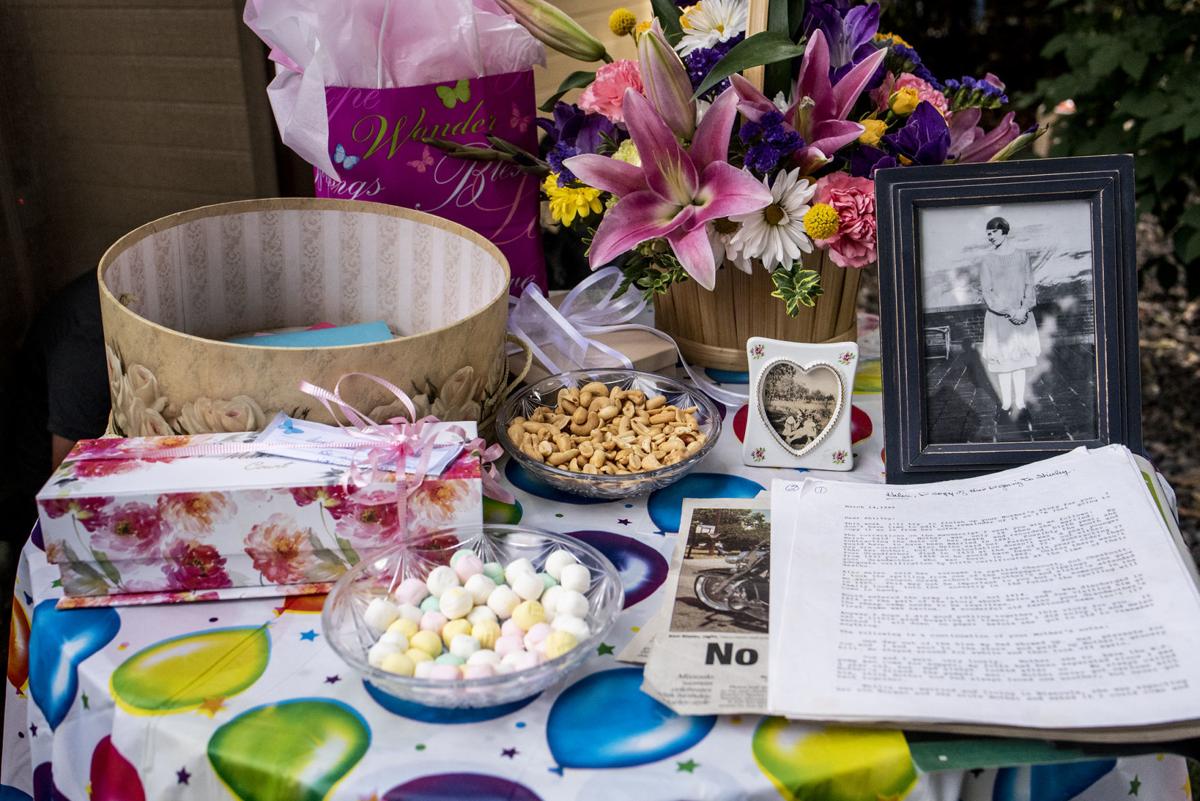 When she was born in Hamilton on Aug. 17, 1909, William Howard Taft was president, the U.S. flag had 46 stars, and the fastest way to reach Missoula from the coasts was on the Northern Pacific Railway. The Great Depression, two world wars, the civil rights movement, and a century’s worth of new technology all lay in the future.

So did the dozens of guests who joined Self on Saturday to celebrate her 110th birthday.

“I’ve just had a good life,” she reflected before the party.

Self was the youngest of nine siblings who were all raised on a ranch in Hamilton. “My dad came from North Carolina ... and took a ranch up in Hamilton.” By today’s standards, it was a rugged life — no indoor plumbing, laundry washed by hand — but Self described it as a good one. She and her siblings were especially fond of hunting grouse. “We’d wait until they’d sit, and we’d hit one over the head and bring them home.”

She came to Missoula as a teenager to work as the first female nurse’s aide at the Northern Pacific Hospital. Later employers included Eddy’s Bakery; the Press Radio Club; and, during World War II, an aircraft parts factory in Bremerton, Washington.

Through it all, said her granddaughter, Diane Gunter, “she was always on the go, always a hard worker, very giving.”

Gunter has lived with Self since 2001, and her grandmother has stayed active into extreme old age. Self stayed up past midnight with friends on the first two New Year’s Eves after moving in; celebrated two recent birthdays with Harley-Davidson motorcycle rides, and another with a float down the Clark Fork River. And she kept cooking for Diane and her granddaughter's adopted children until 2016, when they talked her out of the kitchen for fear she’d burn herself.

“She’s quite a woman,” said Shirley Gunter, one of her two children. “She’s seen a lot.”

“As far as we know,” she continued, “Mother is the oldest living person in Montana.” She’s probably right. In September 2018, the Montana Department of Public Health of Human Services announced that it had identified 124 centenarians in the state, the oldest of whom were Self and Mildred Clarice Eyre of Billings, both 109 at the time. But Eyre passed away last month, leaving Helen Self as the oldest identified Montanan and, now, the only “supercentenarian” at least 110 years old.

What’s the secret to her longevity? No one’s quite sure, although her daughter suspects it was a concoction of orange juice and raw liver that a doctor once had her drink every day for a year to treat her anemia. Self, for her part, said, “you just have to work hard.”

Her loved ones kept bringing up Self’s work ethic, and refusal to let life's difficulties weigh her down.

“She’d always say, 'This too shall pass.’ She never let anything get her down,” Shirley Gunter said. In tough moments, she gave herself and others tough love. “Get down on the floor and scrub” was her solution. “You’d forget all your problems.”

She may, finally, be taking it easy now. Asked about her plans for the year ahead, Self said, “just sitting in a chair and going to bed early.”

Missoula’s 108-year-old Helen Self is honored

Missoula’s Helen Self celebrated her 100th birthday with a Harley-Davidson motorcycle ride. At 106, she enjoyed floating the Clark Fork River.…

'More of a jewel': Crown of the Continent's borders expanded

LINCOLN — The 13 million-acre Crown of the Continent officially just grew by 496,164 acres, the equivalent of 775 square miles.

Montana's rural students at a disadvantage

Helen Self, right, celebrated her 110th birthday with family at her daughter's home in Missoula on Saturday. More than 40 members of the family were there to help her celebrate.