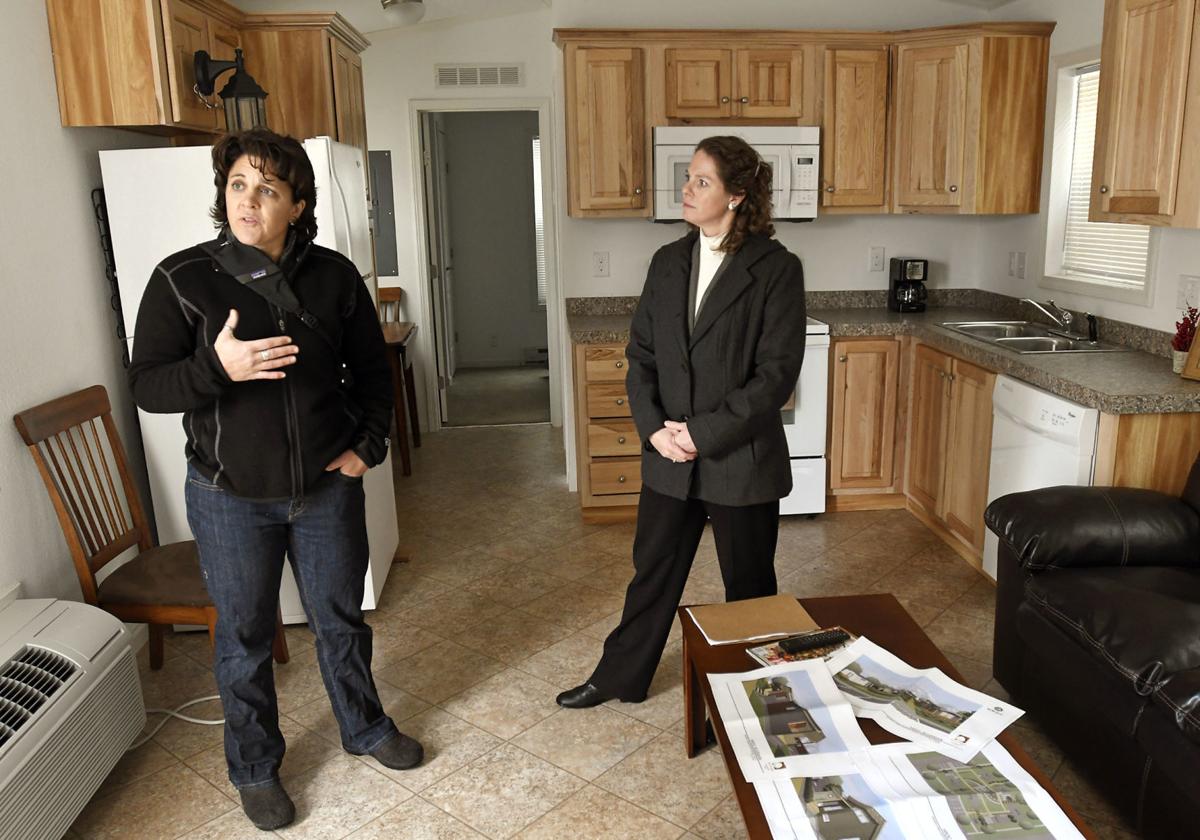 In this file photo from 2016, Heather McMilin, left, and Andrea Davis of Homeword stand in one of the 10 small modular homes that the nonprofit acquired and plans to use for affordable home ownership or rental. The homes, some fully equipped with furniture and kitchen items, were originally destined for Sidney to house oilfield workers until oil prices fell. 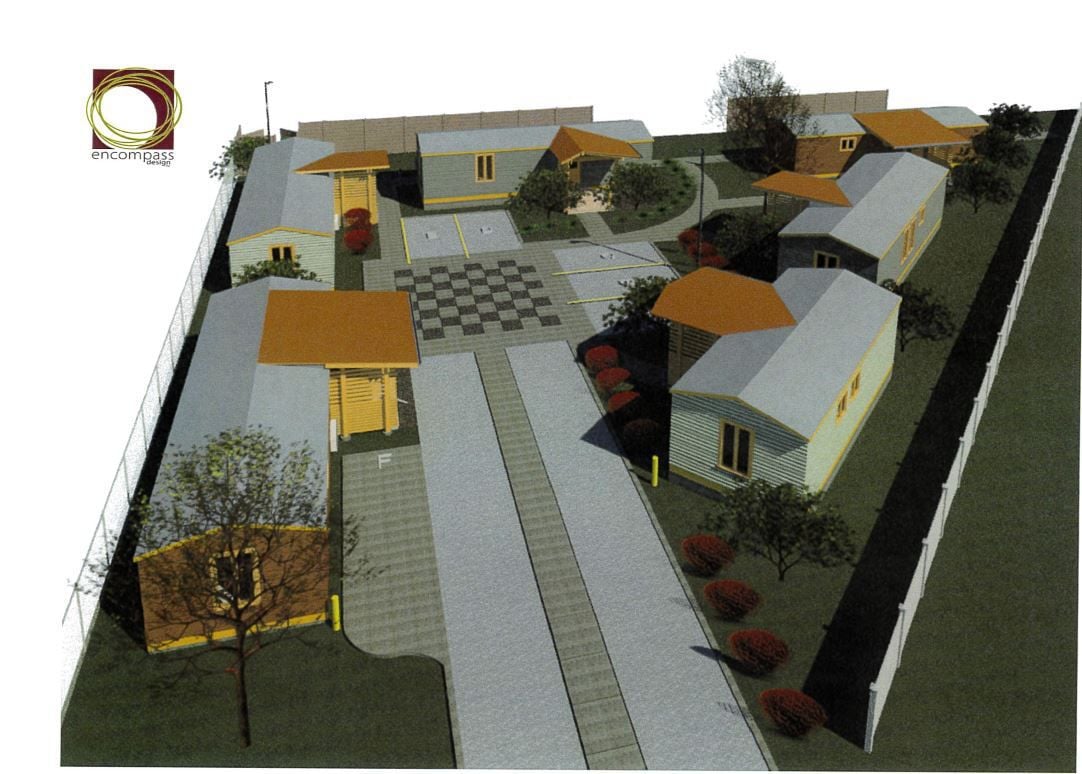 A rendering of the affordable housing community.

A plan to build an affordable “tiny home” community near the Missoula Food Bank moved forward on Thursday.

The Missoula Redevelopment Agency’s board unanimously approved reimbursing a local nonprofit, Homeword, up to $93,673 in Tax Increment Financing to get the site for the homes ready. The money will go toward water and sewer extensions, irrigation ditch modifications, curb and sidewalk improvements and professional services.

Two years ago, Homeword purchased 10 small manufactured homes that were supposed to have been used in the Bakken oil fields before the downturn in the oil market. They are currently being stored at the city’s wastewater treatment plant.

The plan is to put five two-bedroom homes and one one-bedroom home on foundations on the lot and spruce up the area with a community garden and other amenities.

The land will be owned by a Community Land Trust, which will keep the units affordable.

The original goal was to sell the two-bedroom homes for $100,000 and the one-bedroom for $89,000, but Homeword housing development director Heather McMilin told the board that tariffs on construction materials like steel, aluminum and lumber instituted by President Donald Trump have increased construction costs drastically in the past few months.

“Everytime somebody tweets something out, prices go up,” she said. “In today’s market it’s damn near impossible to estimate construction costs. We are hoping to attract smaller contractors, but the cost of materials are just outrageous right now.”

McMilin said there were a lot of cleanup costs associated with the land, because it was a former car lot and repair site. However, she said because of Missoula’s affordable housing crisis, where prices have risen more than 30 percent since 2010 while wages have stagnated, there is a long waiting list of people hoping to buy the homes.

Even if the two-bedrooms have to be sold for around $125,000, she thinks there will be strong interest.

“This project presents MRA with the opportunity to assist with the provision of six new, permanently affordable, owner-occupied housing units at a time when home ownership for low- and middle-income households is a major challenge in Missoula,” MRA director Ellen Buchanan told the board.

“HomeWord has numerous income-qualified housing projects across the state of Montana, including several in Missoula with MRA assistance. They have an excellent track record for providing affordable housing that is energy efficient and has amenities that exceed much of the market-rate housing being constructed today. Their architectural and engineering designers have a record of successful completion of MRA funded projects.”

The board approved the request unanimously, with member Natasha Jones absent.

Investigators are attempting to identify a "badly decomposed" body found in the Clark Fork River on Thursday.

A well-timed tip led to the late-night rescue of a 75-year-old Stevensville woman who had been missing from her home since morning.

While the factors leading to Missoula’s lack of affordable housing are complex, a task force has come up with five broad strategy recommendati…

Redevelopment Agency: Roughly $2 million left for new projects after gift to other governments

The Missoula Redevelopment Agency's decision to give more than $2.7 million to the city, county and school district to fill holes in their bud…

An 11-year taxation error by the Montana Department of Revenue was fixed on Thursday, meaning a variety of taxing jurisdictions such as local …

In this file photo from 2016, Heather McMilin, left, and Andrea Davis of Homeword stand in one of the 10 small modular homes that the nonprofit acquired and plans to use for affordable home ownership or rental. The homes, some fully equipped with furniture and kitchen items, were originally destined for Sidney to house oilfield workers until oil prices fell.

A rendering of the affordable housing community.