The resignation last week of Sanders County health officer Nick Lawyer continues a trend of public health officials leaving their posts, often under pressure from local governments and civilians in the areas they serve.

Lawyer is the 17th health official in Montana to resign, be fired or retire since the beginning of the pandemic, according to Kaiser Health and Associated Press data.

That number is over 300 nationally.

"At this last (Montana) legislative session there was an absolute assault on local control."

Lawyer's resignation followed months of disruptions of public meetings in Sanders County by groups opposing vaccines and masking. A licensed physician's assistant, he is one of many health workers trying to navigate the challenges of a viral pandemic.

The entire health department of Pondera County resigned because of a lack of COVID-19 support in November of last year.

Ravalli County's health officer, Dr. Carol Calderwood, resigned in July of last year, telling the Ravalli Republic she was placed in "another no-win situation by locally elected officials' decision to disobey the governor's directives without my input."

Then-Gov. Steve Bullock had instituted an indoor masking mandate. The Ravalli County Commissioners and Sheriff's office had stated businesses could decide whether they would require masking.

Gov. Greg Gianforte rescinded the state's mask mandate in February of this year. The Legislature session then removed significant powers from local health officials, including the ability of businesses to require that their employees be vaccinated.

Powell County health officer Dr. Lori Drumm announced her resignation in August of last year, after a group of local residents tried to block patients from entering the Deer Lodge Medical Center, where Drumm works, according to Montana Public Radio.

"It has become clearly evident to me during the past several months that the actions of both the Flathead County Commissioners and the Flathead County Board of Health have been at cross purposes with the goal of maintaining our county’s public health," St. James Robinson wrote in her resignation letter, first reported by the Flathead Beacon.

Montana has 10,296 active COVID cases and 1,914 people have died. In the last two weeks, the state has seen a 77% increase in COVID cases. Hospitals are overwhelmed and the National Guard is being sent to assist with health care in several cities, including Missoula, Bozeman and Billings.

Sanders County has 157 active COVID cases and a total of 1,037 since the beginning of the pandemic, according to state data. There have been 16 deaths in the county, which has a population of approximately 12,000 people.

The New York Times noted on Wednesday that Sanders County is averaging 19 new cases per day, a 488% increase from two weeks ago. On Monday, the county reported 38 new cases; on Tuesday it reported 13 more.

Clark Fork Valley Hospital in Plains did not immediately respond to a request for the number of available hospital beds or ICU units at its facility.

So in the midst of a drastic spike, Lawyer feels that he is letting the community his family has lived in for four generations down, he said.

"I feel bad that I don't have the fight in me to tell the commissioners, 'No, if you want to remove me, you'll have to fire me.' I feel bad I didn't do that," Lawyer said this week. "But at the same time, I appreciate and understand the commissioners, they get to have the health officer they want. It's not an elected position, it's an appointed position. I serve at their pleasure ... I don't think it's personal, just business."

The opposition to Lawyer was led by activists who banded together in two Facebook groups — Sanders County Conservatives and Sanders County 411 uncensored.

Several people began to question vaccines, vaccination programs and COVID, among other things, during an early July meeting of the Sanders County Board of Health.

A recording or minutes of the meeting were not immediately available to the Missoulian this week, despite an informal public records request to Sanders County. The Sanders County Board of Commissioners did not respond to multiple requests for comment.

Lawyer said he had a moment of frustration during that July meeting of the health board.

"I made the point that this is public comment time, this is not a time for us to debate and try and understand and talk about at great depth any particular public health program, this is a time for public comment," Lawyer said. "That really irritated these people."

An Aug. 15 post on the Sanders County Conservatives Facebook Group asked group members to attend a commissioners meeting on Aug. 17. "More than a month ago, a complaint was filed against two of the BOH Committee members for stifling/suppressing public comment/questions," the post said, in part.

The minutes from that Aug. 17 meeting are filled with a wide variety of debunked conspiracy theories and misinformation, but all stemmed from one of three areas — distrust of information regarding the coronavirus and treatment of it, distrust of the COVID vaccine, and distrust of government.

Only 36% of the eligible population in Sanders County is vaccinated against COVID, according to state data.

Ivermectin was mentioned as well. The drug is used to treat certain infections caused by internal and external parasites, according to the Centers for Disease Control, and is not authorized or approved by the Food and Drug Administration for prevention or treatment of COVID-19.

A grieving widower named Gerald Cuvillier blamed Lawyer last week for the COVID death of his wife, Beverly, and said Invermectin should have been used on her, as well as hydroxychloroquine and antibodies.

"You should thank God that we live in a Republic because if we lived in a Democracy, you would be pulled out of here and run up a flagpole," Cuvillier said last week at a Sanders County commissioners meeting, referring to Lawyer.

'These people are angry'

As health officer, Lawyer does not control what types of treatments or medicines are used by hospitals. There is nothing in Montana's annotated code that refers to administrating or banning medicine in regard to the power and duties of the state's health officers.

Many people believe Invermectin does work and that the federal government does not want you to know that, he said.

Lawyer believes that people are angry because of mandates, whether that be vaccines or masking. And because he supports vaccines, social distancing and masking when around people, what equates to a small, angry mob came for him, he said.

"These people are angry. They're angry that COVID is still in our lives despite us having solutions to the end of this pandemic," Lawyer said. "I understand, they don't believe in those things. They have received information from places that they trust — places, however nefarious or malicious, that are still places they believe to be correct.

National Guard headed to Missoula to help with COVID surge

The Montana National Guard is headed to Missoula to help with hospitals facing capacity and staffing issues.

COVID, lack of space and coming colder weather have combined to create a more visible population of unhoused people in Missoula.

The Missoula County Board of Commissioners voted on Thursday morning to authorize an application for a campground plan review to the Montana Department of Health and Human Services that will allow camping by unhoused people.

Missoula County passed its $173.8 million budget for the next fiscal year on Thursday morning

As of 8 a.m. on Thursday morning, St. Patrick Hospital had 25 Covid patients. Of those, eight were in the Intensive Care Unit and one was on a ventilator.

Rapidly filling capacity, health care worker burnout and open jobs are all issues Missoula hospitals are dealing with as a surge of COVID cases hits the community.

Missoula Board of Health votes to follow CDC quarantine advice

The four candidates vying for election as Missoula's next mayor squared off again on Wednesday night.

Calling the recent COVID-19 spike in Missoula an "upswing," various Missoula city and county officials on Wednesday urged caution to the public moving forward as the delta variant continues to circulate.

Candidates for public office in Missoula are busily raising money ahead of the Nov. 2 general election.

Boosters have not yet been authorized for the Moderna or Johnson & Johnson vaccine.

A camp of unhoused people off Cedar Street was removed by Missoula city staff and the Poverello Center over the weekend.

Working at testing clinics, hospitals and Missoula's non-congregate shelter, 19 members of the Montana National Guard deployed to the Garden C…

Seven Missoulians died of COVID this week and Missoula again broke its daily record for cases, with 178 more reported on Friday.

Ballots for the Nov. 2 general election will be headed to Missoula voters' mailboxes on Wednesday.

The Missoula City-County Health Department, as well as the city of Missoula, healthcare providers, and school districts is gearing up to vacci…

Health care providers in Montana have begun offering the shots, with the Missoula City-County Health Department kicking off its clinics for young children on Monday.

At least 2,000 Missoula kids signed up for COVID vaccine in first week of availability

Appointments are still available and those looking for one can find information on how to do so at covid19.missoula.co. 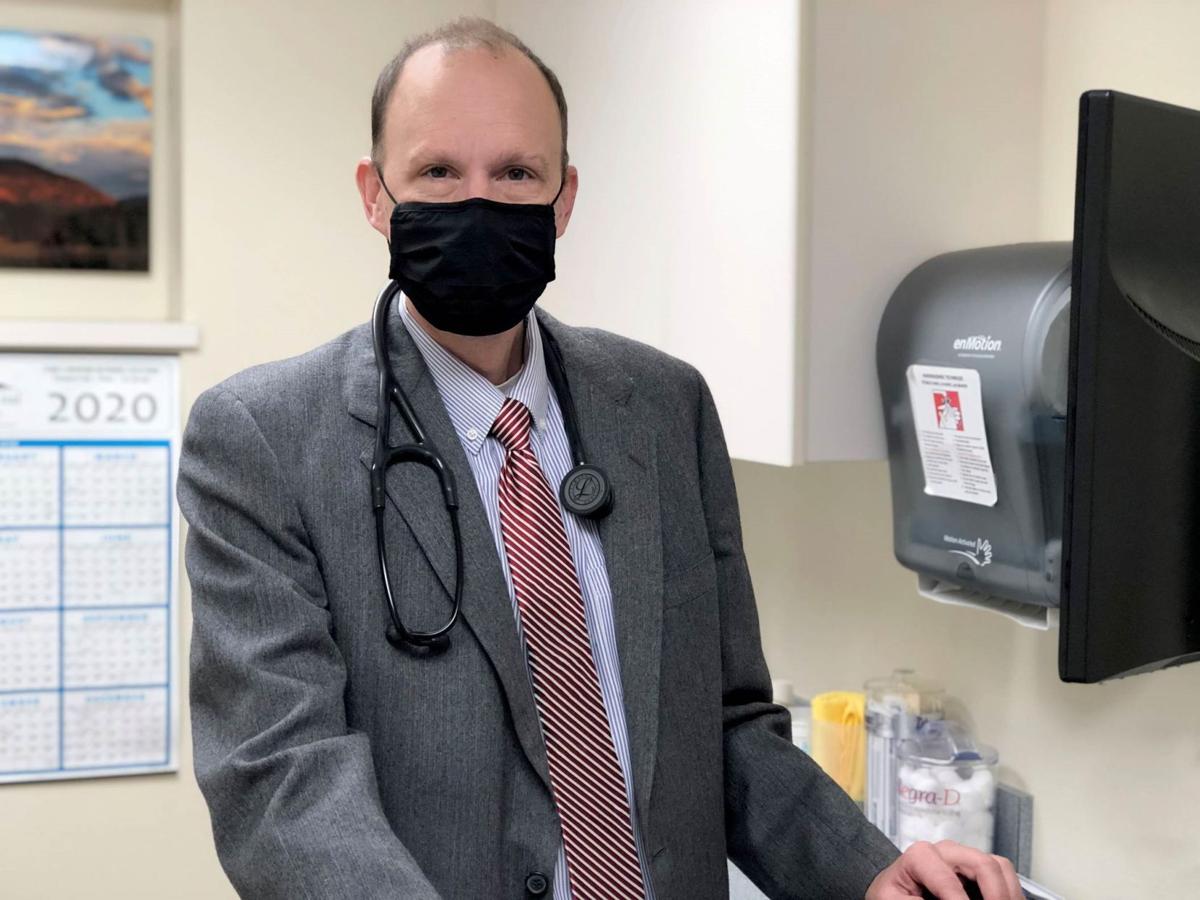 Nick Lawyer, a physician's assistant at the hospital in Plains, said he submitted his letter of resignation at the request of Sanders County commissioners. 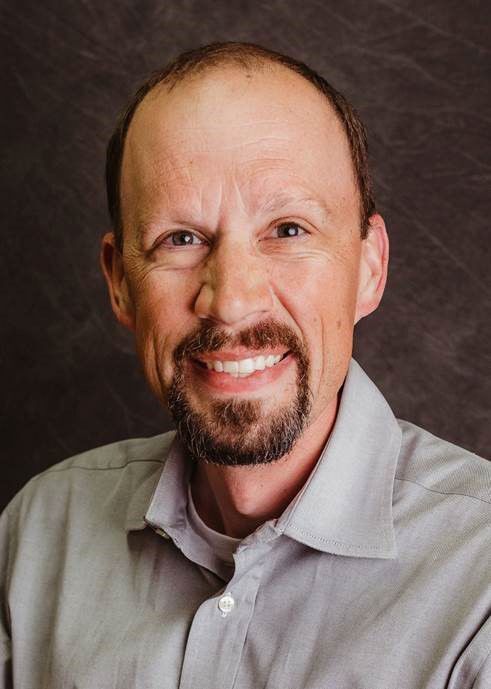