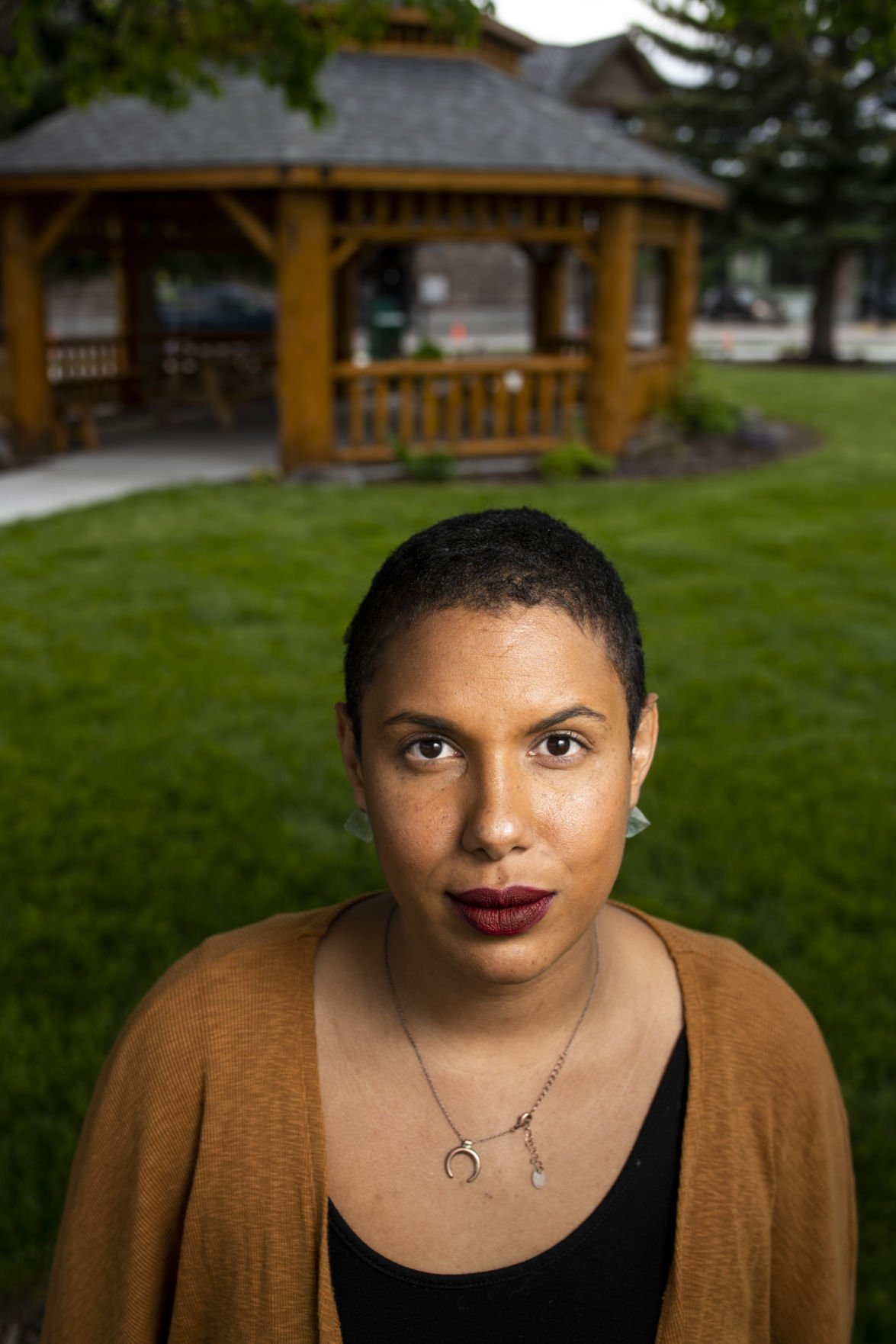 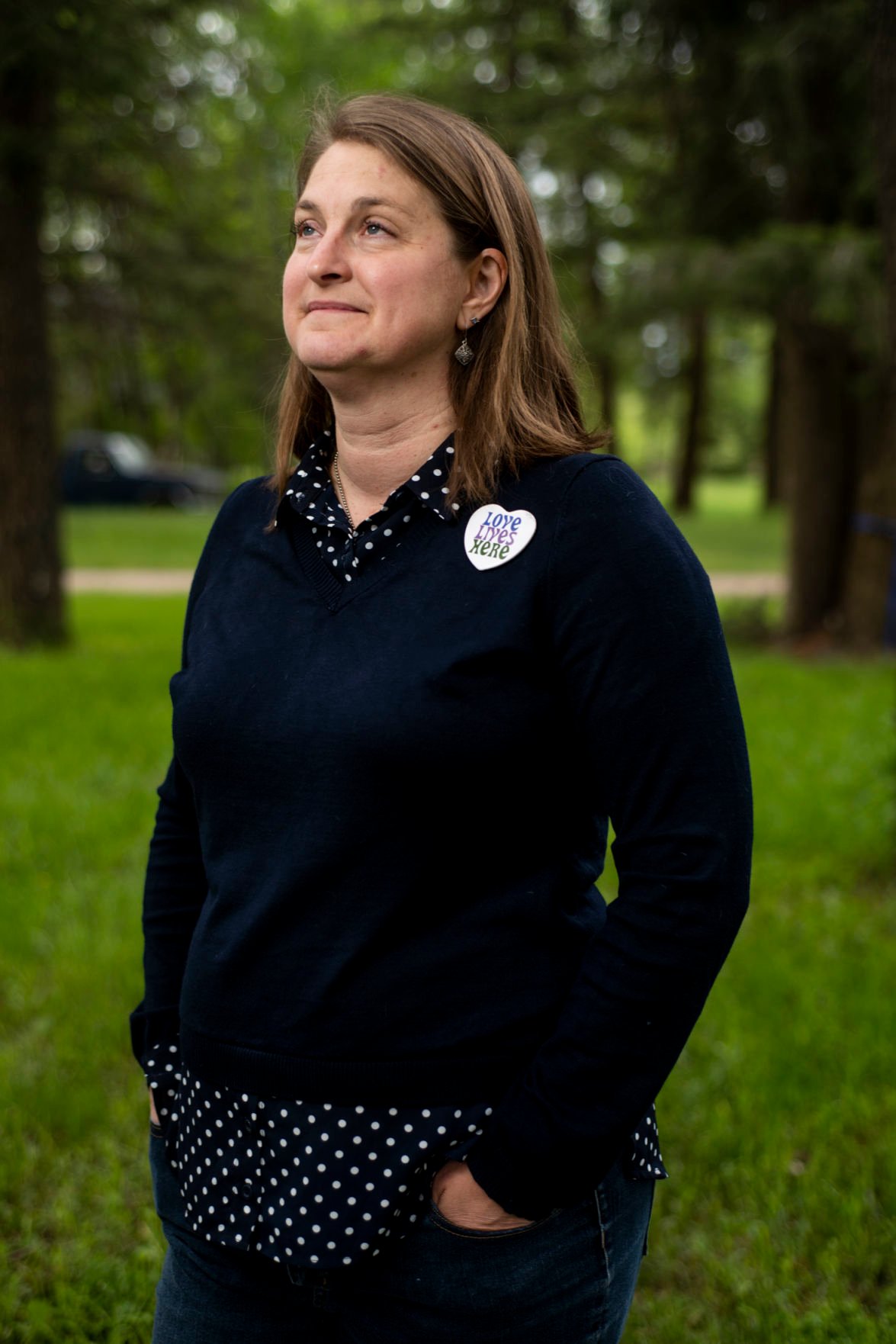 Cherilyn DeVries, an organizer with Love Lives Here, applauded the youths who carried out the Black Lives Matter protests in Whitefish last week following the death of George Floyd in Minneapolis police custody. 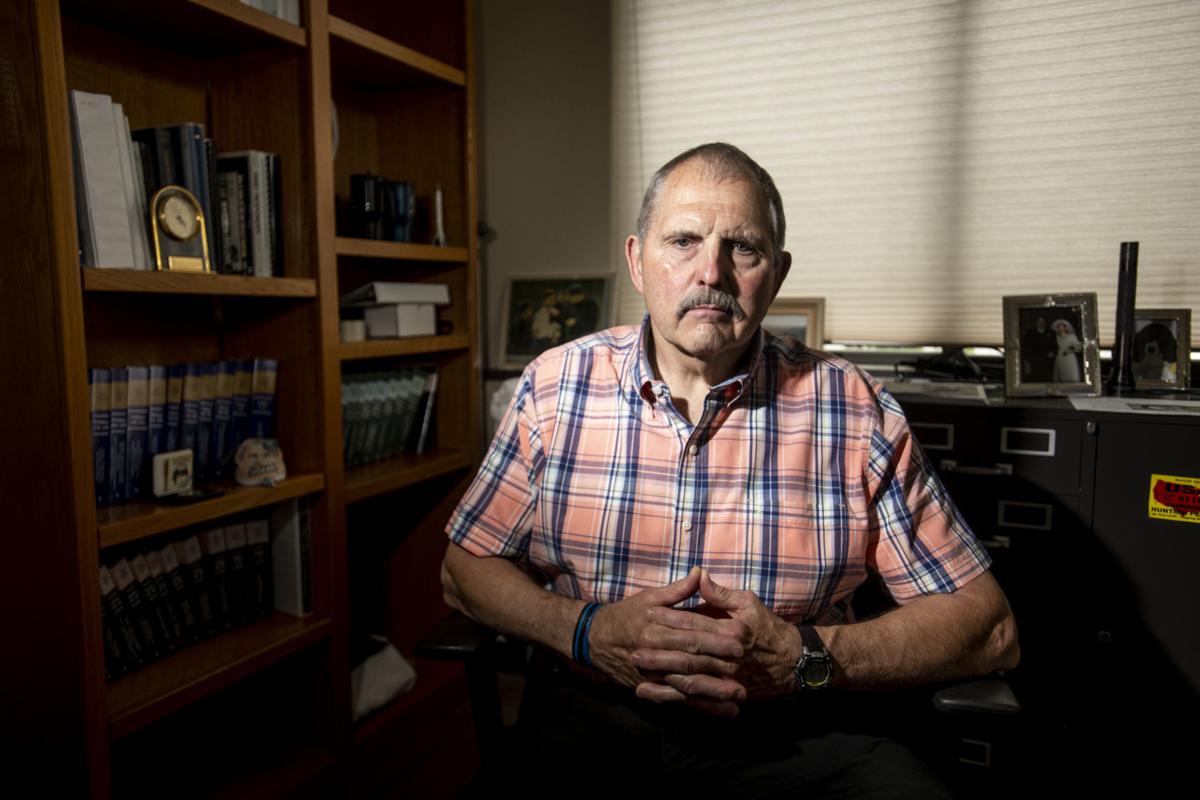 Whitefish Chief of Police William Dial said his department is working as a liaison between Jay Snowden and Samantha Francine.

WHITEFISH — Samantha Francine has emerged in the last week as a bright spot in a historical moment marked by George Floyd's death in the custody of Minneapolis police.

Viewed now thousands of times by viral spread, a cell phone video captured Jay Snowden, 51, rifling through a group of young adults screaming obscenities and smacking signs away as demonstrators chanted "peaceful" in response. At some point during his profanity-laced tirade one week ago, Snowden zoned in on Francine, face reddened and fists clenched, and bellowed in her face.

She backed down not one inch.

Instead, the woman who was only 7 when someone first called her the n-word lifted her sunglasses to pierce his glare with her own eyes.

"And once he saw me, it was on," Francine said Tuesday. "And it was. I’m a woman, I’m a woman of color, but I am a woman. … This is why I’m proud. He’s not the first angry white man that yelled in my face. He probably won’t be the last."

Francine, a 27-year-old medical coder and seasonal bartender, grew up with complicated feelings about her hometown of Whitefish. The only people of color around her were her own brothers. Her father, who was white, taught her at a young age to confront antagonists directly in the eye, "so they know you're human."

Francine remembers other people of color would come and go from the school district, but her family remained. Growing up in a predominantly white resort town, she hardly felt comfortable in her own skin; when she went to the beach with friends, she would sit in the shade so her skin wouldn't get any darker; she chemically straightened her hair for years so it wouldn't be fodder for bullies to pick on the kid who stands out.

The script has flipped for Francine in the time since, having moved away from Montana to spend some time in Hawaii before moving back a few years ago. The moment at the protest has pushed her into the spotlight, including interviews with national news outlets, in a way that doesn't make her reflexively recoil from it, but embrace it. She wants to elevate people of color in her community, in elected offices and schools.

"You cannot lead a Black Lives Matter movement with white people," she said. "We need to be at the forefront of this, and I’m very passionate about this right now."

Francine's father died 16 years ago this month. His words, about looking threats right in the eye, were in play that day a week ago in downtown Whitefish.

Sure enough, Snowden moved on to his next target. Not long after, a Whitefish police officer is seen leading Snowden away from the crowd. The protest, a local movement kick-started by teenagers and people in their young 20s in a town of fewer than 8,000, had stood its ground without tipping into violence.

"At the risk of sounding corny, I'm very proud of the community," said Whitefish Police Chief Bill Dial on Tuesday. "They stepped up."

Aside from a drunken woman who was also disorderly toward the demonstrators, Dial said law enforcement has seen no other issues at Whitefish's protests.

The Flathead Valley is no stranger to hateful intimidation. In 2017, the town was bracing for neo-Nazis to march on Whitefish after a "troll storm" erupted online, in which The Daily Stormer's followers sought revenge on the town's rejection of White Nationalist leader Richard Spencer. For years, reports of Nazi propaganda have turned up in different forms, typically living in the shadows of the Flathead's communities. The march never came, but a rising tide of hopeful community members made a public statement to push the threat back out of northwest Montana.

This moment is different — Floyd's death has stirred protests to every corner of the country, and people of color are being heard now after being pushed aside, pacified or silenced altogether.

"What’s interesting to me is that the Flathead Valley and Whitefish get in the news a lot for things like White Nationalism and racism," said Cherilyn DeVries, a community organizer for the Flathead's own activist outfit, Love Lives Here. "What's interesting to see is how we are also helping the Flathead Valley and the entire country manage that. Samantha Francine is really showing the entire country that love is going to win.”

Love Lives Here works in perpetuity to stamp out racism and anti-Semitism, and promote education and equality. In 2018, the group led the rally against White Nationalism, in the January cold, that brought community members to the table to take action. DeVries said the group stepped back from organizing in this protest to allow local youths to carry the moment.

"This was an area of activism that was not really tapped into a whole lot, and so it was phenomenal to see these community members step up and organize their own events and not worry about perceptions or how it would be received, they just stood up for justice, which was amazing," she said.

Chief Dial said the moment has not been lost on law enforcement in Whitefish. He referred to Floyd's death as a "murder" and called the officers' actions a lack of supervision, accountability and proper training.

"It starts at the top, whoever was in charge of that officer specifically and those three officers, they should be culpable," Dial said. "We need accountability and we need supervision. The guy who killed George Floyd should not have been a cop."

Looking inward, Dial said his department already does not use chokeholds when asked if such a change is on the table for WPD. He said the department's record, in the 40 years since Dial has been part of it, stands for itself.

“I’ve been chief here 19 years. We’ve never had a substantiated use of force complaint, never had an in-custody death and (knocks on a wooden book shelf) never had an officer-involved shooting," Dial said.

Asked if law enforcement has a role to play in ending casual racism that's tied to White Nationalists in the Flathead Valley and Whitefish, beyond denouncing their actions and beliefs, Dial said police can be a liaison or mediator between groups. For example, WPD has been acting as a go-between for Snowden, who was charged with disorderly conduct for his acts on June 3, and Francine. Snowden wants to issue a formal apology, Dial said, although Francine, who brought a gift basket to Snowden's wife after the incident, has not yet been ready to accept.

"Teaching people to listen to people, communication is huge, but not be set in our ways and give each other a chance," he said.

Francine said last week's incident was a defining moment for herself. She just hopes that fire burns long enough to define a moment for everyone else.

"It’s hard not to worry that this isn’t just going to be something that happens for a week and then everyone goes back to normal," she said. "I won’t go back to normal. This has ignited a fire in me. There’s so many things we’ve got in the works, to continue to be out protesting on the corner, to continue to get more people of color into politics and in our schools, because that’s the next step.

"We have to have those hard conversations. We can talk about white privilege and not get scared. That’s the next step, is how can we heal what has been broken for so long."

Missoula police chief to discuss use of force, other matters, with council Wednesday

Before protests over the death of George Floyd brought increased scrutiny of law enforcement throughout the country, Missoula Police Chief Jaeson White was already rewriting the department's use of force policy soon after he started the job in late February.

John Wood, co-owner of Open Road, estimated he had about a two week supply of common inner tube sizes left unless suppliers came back online soon.

"It is my belief that providing this information will continue to build trust with the public we serve," White said.

The latest tribute to Missoula's most famous native are bookend signs at the east and west entrances of town marking the Jeannette Rankin Memorial Highway.

Cherilyn DeVries, an organizer with Love Lives Here, applauded the youths who carried out the Black Lives Matter protests in Whitefish last week following the death of George Floyd in Minneapolis police custody.

Whitefish Chief of Police William Dial said his department is working as a liaison between Jay Snowden and Samantha Francine. 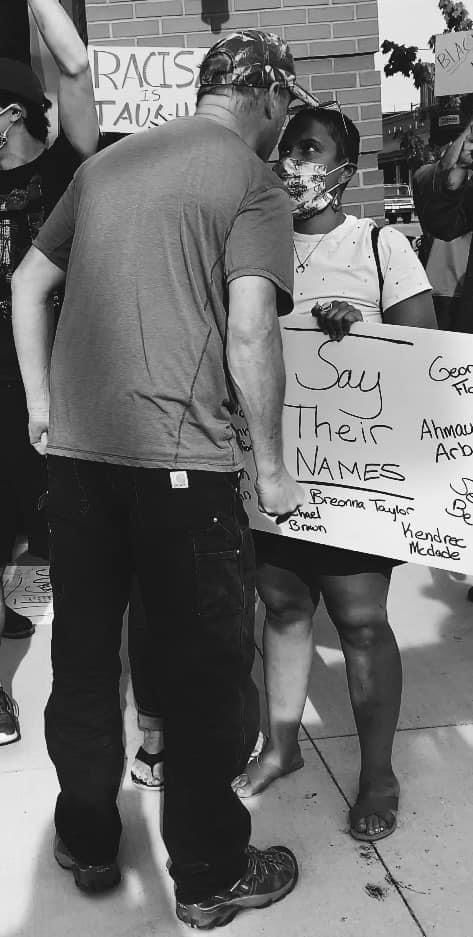 Samantha Francine looks at Jay Snowden as he yells at her.