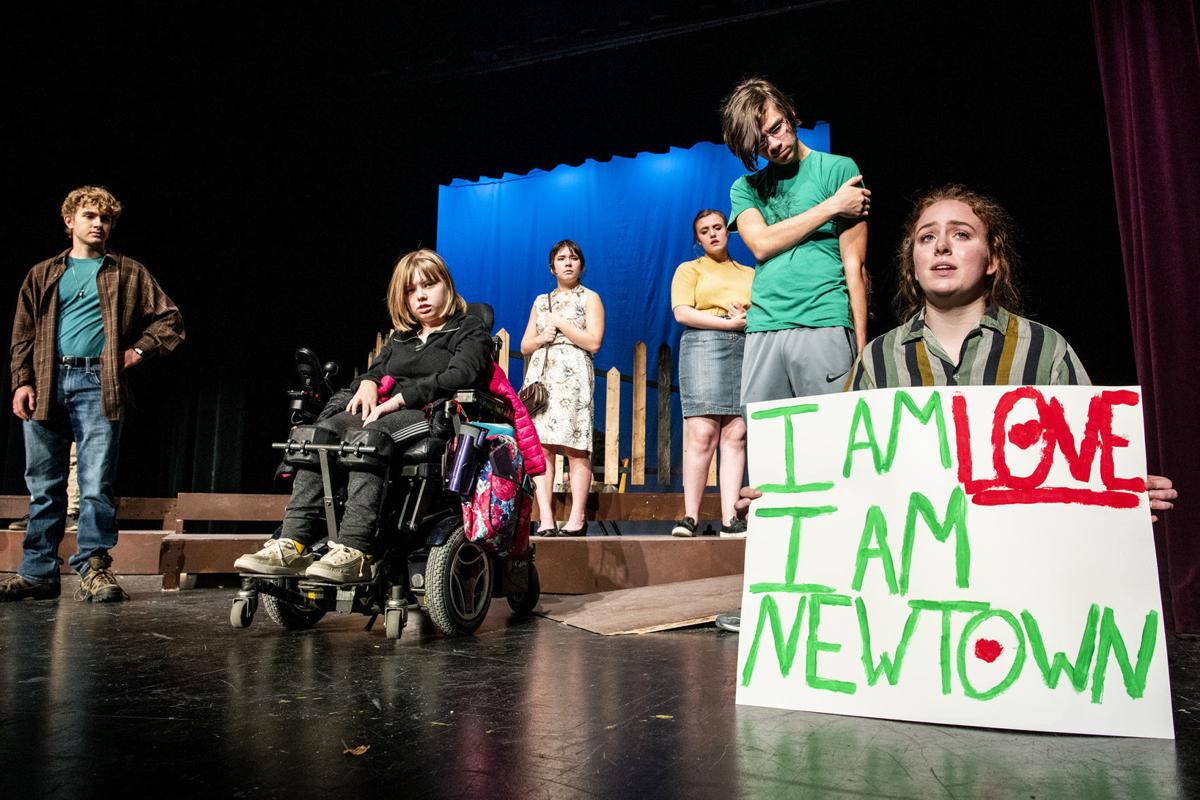 The Sentinel High School drama department is preparing for their upcoming showing of "26 Pebbles," a documentary play depicting the aftermath of the Sandy Hook Elementary school shooting in Newtown, Connecticut. 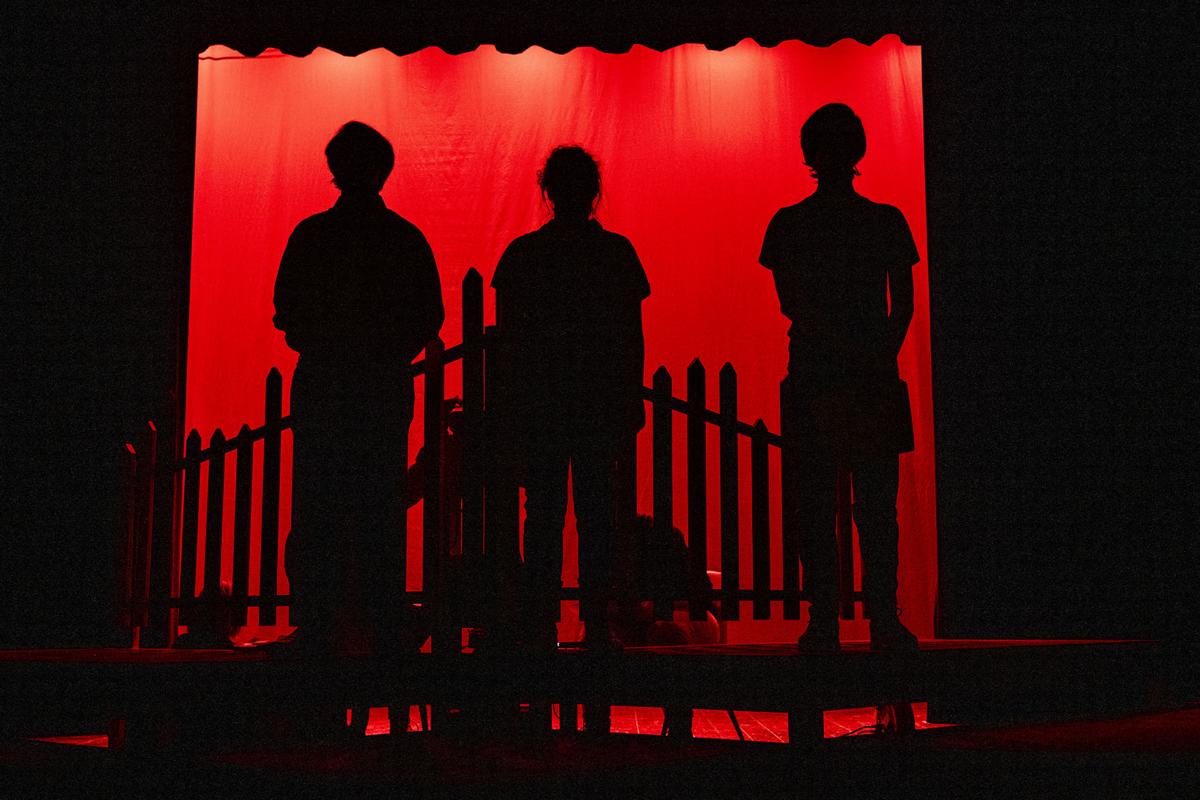 The play, written by Eric Ulloa, is based on interviews with members of the Newtown community following the tragedy in 2012. 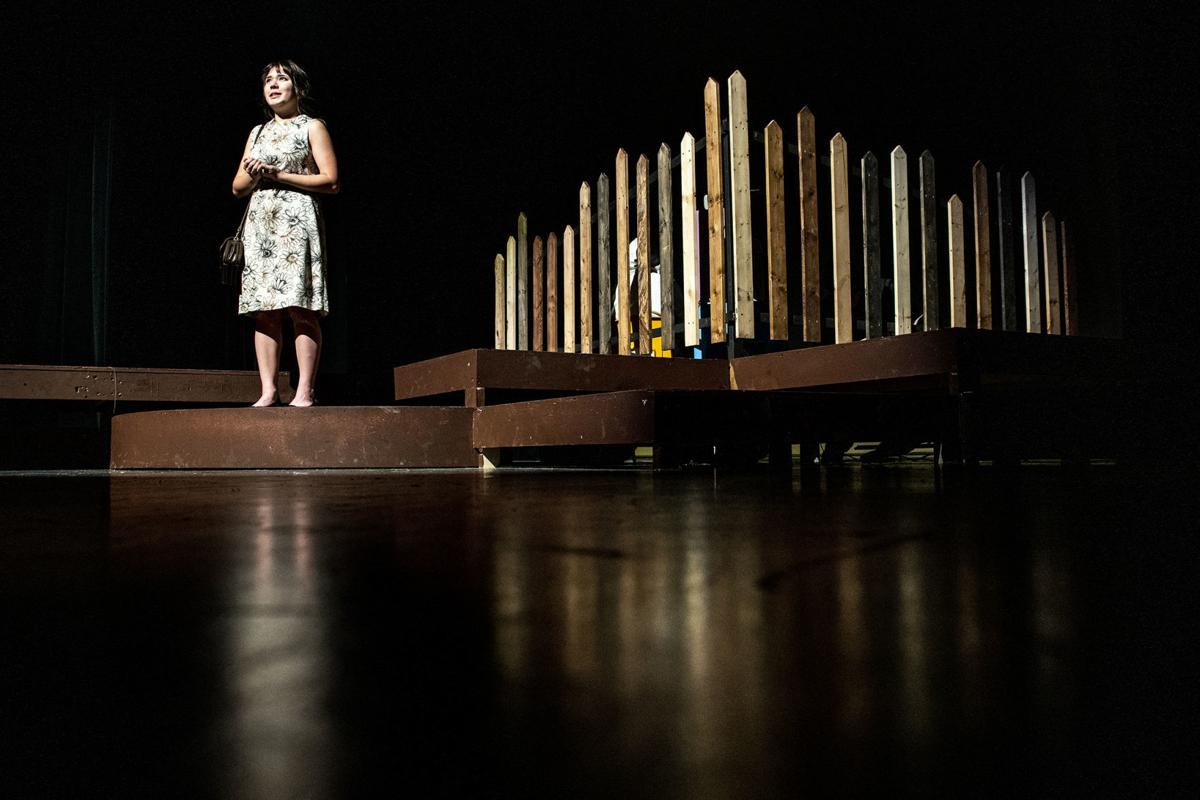 Sentinel High School will be hosting showings in the Margaret Johnson Theatre Nov. 21 through Nov. 23.

The Sentinel High School drama department is preparing for their upcoming showing of "26 Pebbles," a documentary play depicting the aftermath of the Sandy Hook Elementary school shooting in Newtown, Connecticut.

The play, written by Eric Ulloa, is based on interviews with members of the Newtown community following the tragedy in 2012.

Sentinel High School will be hosting showings in the Margaret Johnson Theatre Nov. 21 through Nov. 23.

Sentinel High School chose this year to produce a play centered on the aftermath of a school shooting and one that addresses difficult conversations about gun violence, school safety and overcoming tragedy.

The play follows the residents of Newtown, Connecticut, as they attempt to move on after the shooting at Sandy Hook Elementary School in 2012 left 20 schoolchildren and six adults dead. The play’s title, “26 Pebbles,” draws from the 26 people who died, and whose deaths, like pebbles thrown into a pond, created ripples that were felt far beyond the initial rings.

The student actors and drama teacher know the subject matter will challenge some audiences. But as the number of students exposed to gun violence has continued to rise in the country, more youth are initiating conversations about the topic, how to overcome such tragedies, and how to find hope for the future.

The students in Sentinel's upcoming production said they hope their play leads viewers to think about how to create a safer future for students. They also want the story to help audiences realize devastating events like the Sandy Hook shooting could happen in any town and leave communities picking up the pieces.

“There is a disconnect sometimes when terrible events happen like this, but I think it’s a matter of coming together as a community and especially as a school ... to create hope and to create this light, even though it seems like there isn't much light left,” said Max Dupras, a senior at Sentinel who plays a Newtown community member.

With opening night around the corner, Sentinel drama teacher Katie Cassidy felt anxious about how people might react to the show, which she said received some blowback when it was produced last year in Great Falls. Then she heard the news Thursday about a shooting at Saugus High School in Los Angeles County that left two people dead and four others injured.

Cassidy broke the news to students before rehearsal on Thursday and reminded them why she chose the play.

“We’re doing this because this is relevant,” she said.

Cassidy and members of the cast and crew said they hope people don’t see politics when they come to the play. Instead, they want audience members to focus on the story of a community rebuilding itself after a shattering event.

Dupras, who has lost family members to gun violence, said that some of his friends who are “pro-gun” have asked why he’s doing the play and bringing up the issue in school. He said he's tried to explain that it's not a play about a school shooting.

“It's about bringing people together and showing what truly matters when a tragedy strikes," he said.

The documentary play is based on a transcript of over 60 interviews writer Eric Ulloa conducted with Newtown’s residents five months after the shooting. The students play real people whom they researched on the first day of rehearsal. They searched for pictures, watched interviews and read news clips.

Hallie Clark, a junior who plays a mother, said she hopes the play gets people thinking about the issue of gun violence outside the political debate. In preparing for her role, Clark read a letter written by the mother she plays, in which the mother shared what she thought the community needed to do to heal.

“It's very inspiring, and it encourages people to look at how they can make changes in the world,” Clark said. “I like how it makes you think about how you can react.”

Some of the Sentinel students in the play are now the same age as kids who were present at Sandy Hook during the shooting, noted Clara Mcrae, a University of Montana freshman and co-founder of Helena Youth Against Gun Violence.

Mcrae said she hadn't heard of the play at first but said she thinks youth involvement plays an integral role in any movement for social, political or economic change, especially when it comes to issues that affect students directly.

"Since they have grown up with this issue looming over their heads, there is nobody better qualified to initiate a community-wide dialogue about gun violence in schools," Mcrae said in an email. "So not only should young people be a part of the conversation about gun violence, but they should be the ones leading it."

Adults are also looking toward youth to drive the dialogue around the topic. Missoula City Council President Bryan von Lossberg, an advocate of gun control in the wake of increased mass shootings, also said he hadn’t heard about the Sentinel play, but said the conversation around the issue of gun violence is critical.

"We can't solve the problems that we don't talk about," von Lossberg said in a message. "Gun violence prevention shouldn't be a taboo topic in Montana.

"The fact is, through our actions and especially our inaction, we demonstrate every day that we place guns on an altar above the lives of our children and family members. We choose this. And that says a lot about who we are as a country. Maybe our children can lead us in a dialogue that changes that."

As the country grappled with news of the most recent school shooting that left two students and the shooter dead last week in California, some of the Sentinel students said they felt proud to be part of the play and the discussion on how to cope in the aftermath of a tragedy.

“This is something that we really need to know and focus on, and I feel like by making people aware of it, we're doing our part in responding to the events around us,” she said.

Dupras said he doesn’t consider himself pro-gun or anti-gun, but rather “pro-better gun laws.” He said that he attended Missoula’s March for Our Lives demonstration where students walked out of school across the nation in support of legislation to prevent gun violence following the 2018 Stoneman Douglas High School massacre in Parkland, Florida, that left 17 students and teachers dead.

The play encourages the audience to realize that similar events could happen in their own communities. The story begins with characters referring to Newtown as “your everyday USA town," cite it as one of the “top 10 places to raise kids in America” and reference friends who advised them to live near Sandy Hook because “it’s the best school in the district.”

Then the stage goes dark until the screens of the characters’ phones light up and ding with the district alerting parents that the school is in lockdown.

Cassidy said she knows the content is difficult, and she encouraged students to step out during rehearsal if they felt overwhelmed or needed a moment to get fresh air. She also connected with school counselors who will be available in the lobby before and after the shows.

Dupras said the play made him think back to a show Sentinel produced last year about a school lockdown. During production, Sentinel went into a lockdown after a loaded magazine was found in the school. No handgun was found, and officials did not believe the students were in danger. At the time, the school searched students' backpacks and lockers and conducted an investigation, but Missoula County Public Schools did not immediately respond to the Missoulian’s inquiry Friday of the result of the investigation.

“For a couple of days after that happened, I was like ‘Is this going to happen? Is this play becoming reality?’” Dupras said. “I had to instill a mindset that I can't worry all the time about coming to school and if I'm going to be safe, because if I do that, I'm never going to want to come to school again.”

Dupras said he thinks that schools are a safe environment, but there are “some things that happen that are out of your control.”

Barrett Clenent, a sophomore who plays a father, said he thinks theater has more of an impact on the audience than hearing about traumatic incidents in the news. He said he still remembers seeing a play called "The Laramie Project" when he was younger, which is about the murder of a homosexual man.

"It's in your face, and these are real people like talking to you," Clenent said. "It's a little more personal."

Charlotte Green, a junior and "26 Pebbles" assistant director, said she thinks the documentary theater genre of the play also adds to its impact.

"It's the direct quotes of what these people have said after this massive national tragedy, and the language is so beautiful but you can't say that it's written beautifully because these are their words, and I think that's really powerful to remember," Green said.

Green said she hopes people come to the play with an open mind and the knowledge that the play is about "community, love and togetherness."

"This could be a political show, but it's not meant to be," Green said. "It's just telling the story of this community, and so I'm hoping that what people take away from it is that there are tragic things that happen, but we have the ability to change them and make a real impact on the way we let our society function."

"26 Pebbles" will be presented Thursday, Nov. 21 through Sat., November 23 at 7:30 p.m. in the Margaret Johnson Theatre at Sentinel. Tickets are $6 and can be purchased at the door.

Four days after a dropped ammunition clip prompted a lockdown and evacuation at Sentinel High School, its response and future plans faced scrutiny.