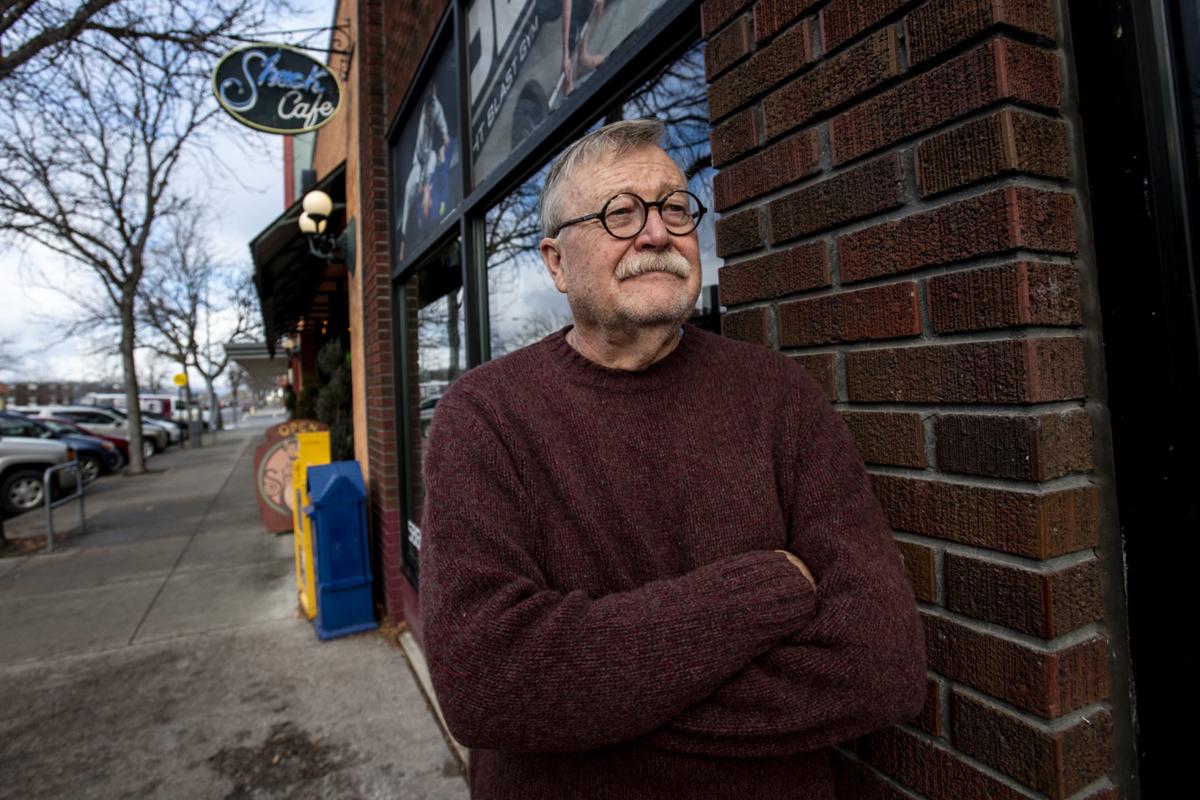 Bill Warden, co-owner of The Shack Cafe, hopes to find a buyer who wishes to stay in the restaurant business. Warden and Robin Hamilton took over ownership of The Shack four decades ago from founder Axel Hansen. 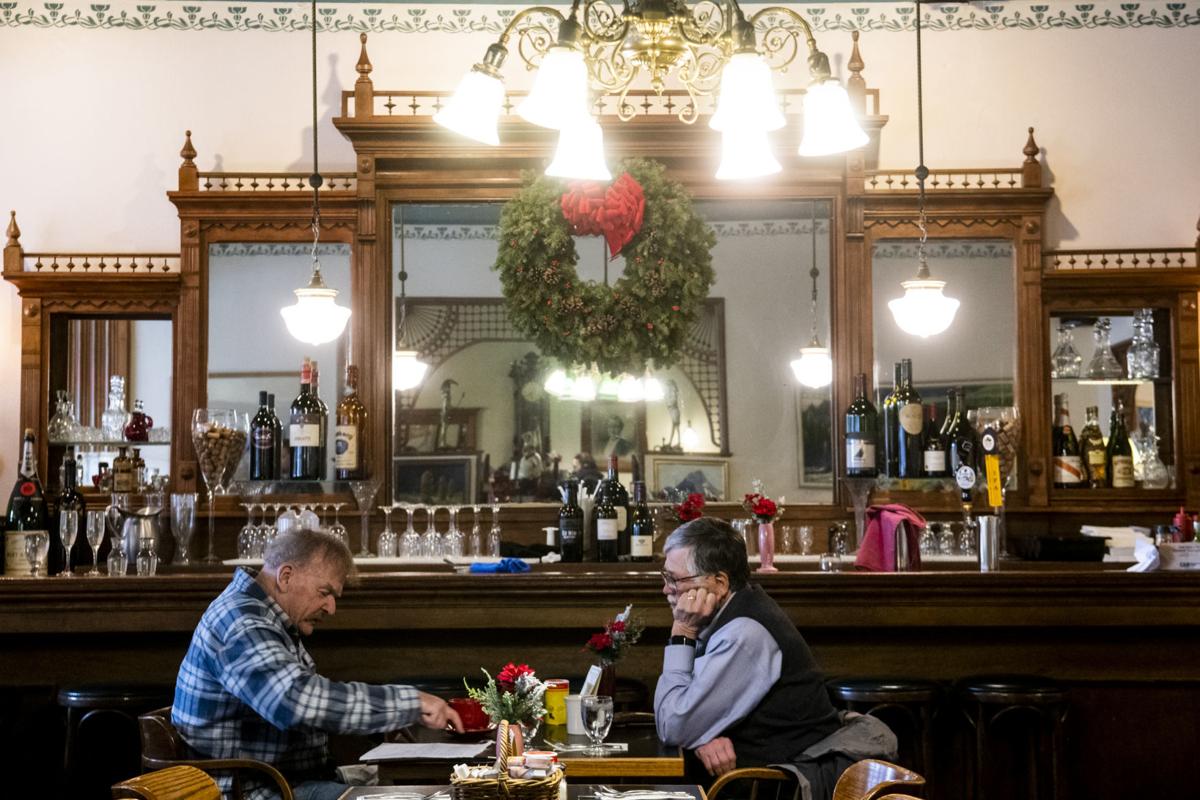 In an age where many restaurants flame out within a year or two, Bill Warden and Robin Hamilton have been able to keep the historic Shack Café in downtown Missoula going by following a few simple adages that shouldn’t be out of the norm: Pay a living wage, treat everyone equally and be kind.

“We share the tips,” Warden explained. “We have the highest wages of anyone in the industry. So we have a pretty good wage and then when you come to work, you have your choice of meal and when you leave you have a meal of your choice.”

That’s why Warden has “half a dozen” employees who’ve been around for 30 years.

“It makes it easier to live in Missoula when you have a couple of your meals paid for,” Warden explained. “You leave with a few bucks in your pocket, which actually leaves room for people to do something else. Be an artist, or pursue whatever. People that want to be a potter or painter, Missoula’s full of them.”

After 43 years of owning the venerated restaurant at 222 W. Main, Warden and Hamilton recently decided it’s finally time to move on, and have listed the business for sale. Warden is holding out hope that someone will want to take over the place and keep it running, so he’s already turned down one offer because it appeared it would be turned into a tax office. Warden would like to avoid that.

“We’re the oldest, next to the Oxford, still running downtown,” he explained. “A lot of the downtown businesses that were once here are no longer around. We’re the last of the older ones. When this one goes or disappears, you’ll have Stockman’s or the Ox or you’ll have DoubleFront (Chicken) and that’s about it. Otherwise it’s totally changed.”

The restaurant was opened in 1949 by World War II vet Axel Hansen, and Warden and Hamilton bought it in 1977.

“I was a college student going to school here and I worked in restaurants including this one here and others, and it came up for sale and I bought it from the guy that had it,” Warden recalled. “I was about 25 years old. Seems like a long time. But it’s a way to make a living in Missoula so that’s what I was interested in was, how do you stay around here and make a living.”

In 1987 they moved it to its present location, a former car dealership. Over the years, they’ve filled it with the quintessential knickknacks, paintings, Egyptian artwork, historic maps, vases and other adornments that make The Shack unique. The bar came from Fort Benton, where it was brought by steamship in the late 1800s.

Over the years, Warden made sure to treat his employees with respect.

“Our floor manager (Janet Ball) was kind of a mother hen,” Warden said. “She just retired after 31 years. But she would always watch out for them and give advice. It’s like a sea when you move to a place like Missoula. You’re all on your own. Somebody that’s actually paying attention to you, I think that also kept a lot of people here.”

He didn’t want the restaurant to be a place that just churned through workers.

“We wanted to have a place where people treat you with some dignity,” Warden explained. “You don’t feel like a scumbag. The old idea where everybody’s basically equal. You don’t see a bunch of that anymore. That’s kind of what we always felt like around here. We rotate jobs. I wash the dishes, I clean the toilets, I do all that stuff, too. So does everybody else.”

And by allowing them to have lives outside of work, employees were able to keep their sanity.

“It was an easy place to work,” he recalled. “A lot of people were more interested in skiing or working a little bit in the daytime and doing something else. I mean, restaurant work is built for, you wanna have something on the side you actually want to do, kayak or something, Missoula is good for that. There’s always a draw.”

The Shack’s breakfasts are legendary, and it’s not unusual to have a half-hour wait on weekend mornings for one of the many tables. Warden’s seen a lot of changes downtown while The Shack has remained constant.

Warden knows it takes a lot of work to keep a small business going for decades as things change.

Tammy Tulburg is one of Axel Hansen's grandaughters. On Saturday, she and her brother Rob Reesman and her cousin Kim Seeberger are going in to have breakfast. She grew up in Missoula, and remembers her grandfather's fantastic cooking. She also loved going into The Shack over the years.

"They have really good breakfasts," she said. "It's a nice place to go. It's family-oriented."

She said she was a little sad when she heard the place was for sale, and she hopes someone will continue the legacy.

"You always hate to see institutional restaurants like that get sold because you never know what's going to happen," she said.

Housing prices continue to behave like a runaway helium balloon in the Garden City.

"We don't look at opponents of this project as the enemy," said developer Cole Bergquist. "We're trying to work in as much of the feedback as we've got from everyone to make the most people happy. Missoula has a special place in my heart."

Here's a look at some business news in the Missoula area:

The business beat at the Missoulian has been extremely active recently, as the town has seen unprecedented economic growth and development.

A new Big Dipper Ice Cream location is opening in the Midtown part of Missoula next spring and it’ll look a little better with the help of some public financing.

Consultants found the city could raise impact fees by much more than 10% if the city wanted new development to pay for all associated impact costs on fire, police and transportation services.

After more than a decade of economic growth that has featured strong hiring and steadily falling unemployment rates, many Montana businesses are struggling to find a supply of suitable workers.

There were no signs on the storefront Thursday indicating any reason behind the closure.

“When these data and the closures are assessed together, it suggests that what we’re seeing is a function of national chains being impacted by national trends, regardless of local success in Missoula,” said Missoula Economic Partnership executive director Grant Kier.

“Missoula’s going through such a transition right now and so is the retail industry,” said Green Light owner Sabrina Smith. “That’s why I was really trying to have a niche of local products and things you can’t buy on Amazon or online.”

Owners of The Keep open new venture in downtown Missoula

After owning The Keep since 2007, Melissa and Reed Mooney last year opened an entirely different restaurant in Missoula: 1889.

Bill Warden, co-owner of The Shack Cafe, hopes to find a buyer who wishes to stay in the restaurant business. Warden and Robin Hamilton took over ownership of The Shack four decades ago from founder Axel Hansen.