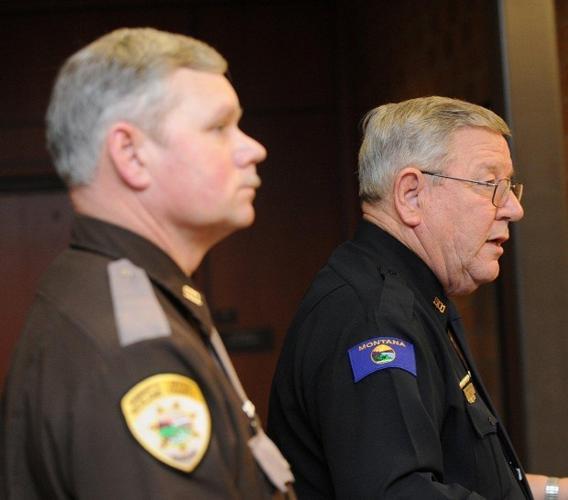 At a news conference last week, Sidney Police Chief Frank DiFonzo, right, and Richland County Sheriff Brad Baisch announce that a 47-year-old man has been taken into custody in Williston, N.D., in connection with the disappearance of Sidney High School teacher Sherry Arnold, 43, who went missing Jan. 7. A second briefing has been set for Monday morning. 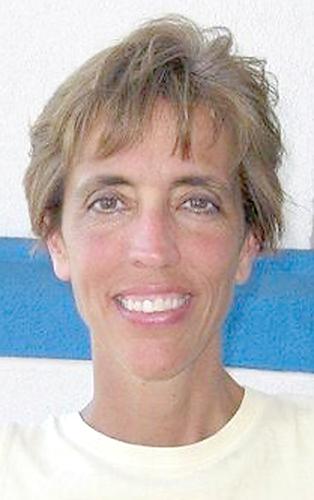 Sidney High School math teacher Sherry Arnold, 43, has been missing since Saturday. Hundreds of people are assisting in the search for the Sidney teacher who did not return home after going for a jog. 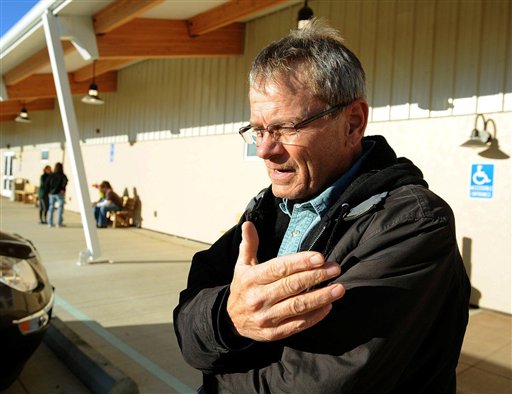 Gary Arnold talks about his missing wife at a search and rescue operations center based at the Richland County Fairgrounds in Sidney on Monday as family, friends, law enforcement and volunteers search the area around Sidney for high school teacher Sherry Arnold, 43, who went missing Saturday morning. 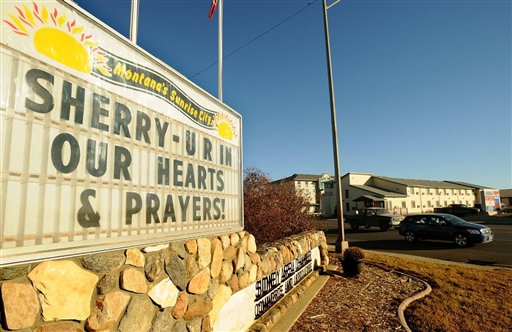 At a press conference late Friday afternoon, Sidney Police Chief Frank DiFonzo announced that the investigation was moving rapidly and declined to give details or answer questions about the case.

A 47-year-old man was in custody in Williston, N.D., DiFonzo said. A second man, 22, was being held for questioning in Rapid City, S.D.

"Dozens and dozens of tips have been called in to the tip line by residents," DiFonzo said. "Today, as a result of a tip, we're able to announce that a significant breakthrough has been made."

He would not elaborate, saying only that the 47-year-old man was taken into custody Thursday night through a joint operation staged by law enforcement officials from Williston, N.D., Williams County, N.D., the North Dakota Investigation Bureau and the FBI.

The press conference was held in the lobby of Richland County's new Law Enforcement Center. By the time it began, at least 50 people had crowded into the entryway, many of them residents curious to know the latest information in Arnold's case.

Arnold, 43, was reported missing after she didn't return from her morning jog last Sunday. She left around 6:30 a.m. In the days following her disappearance, hundreds of volunteers turned out to help in the search. The only thing that investigators found was one of Arnold's running shoes, on the side of a street east of the sugar beet refinery.

Arnold's family, including her husband, Gary, asked for privacy, as word of the death was released Friday morning.

"We just want some privacy and some time to process what has happened," said Karen Arnold Truax, Gary Arnold's daughter who lives in St. Paul, Minn.

Sherry and Gary Arnold were both employees of the Sidney school system. The couple has five children combined from prior marriages, including two living at home and attending the same school system where Sherry Arnold worked for the past 18 years.

"We want to be together as a family," Truax said. "We appreciate everything that everyone did to help us in this search. We are so heartbroken that this is the outcome. We just sincerely appreciate all the love and support that continues to come from the community."

After nearly a week of worry, Sidney Mayor Bret Smelser said he was somewhat relieved at the news.

"We're getting some closure," he said. "That's the only good news we've had in the past three or four days. It's always difficult when something like this happens on your watch."

Smelser said he knows Arnold and her parents well. They all attend Trinity Lutheran Church in Sidney.

Smelser said that in the coming weeks and months, the community will have to discuss how to move forward. Some are calling for increased law enforcement, which is difficult given the city's budget constraints, he said. Another option might be re-instituting the community watch program that has fallen by the wayside.

Some people are rushing to get handguns, Smelser said.

"My job right now is to make sure the community stays whole and that means assimilating our new neighbors coming to town," he said, referring to the influx of workers moving to the area to work in the Bakken oil field. "Let's not overreact."

The mayor said one of the "greatest" things to surface out of the tragedy is that all of eastern Montana and western North Dakota was concerned and out looking for Arnold.

"We're overwhelmed in Sidney right now because we've had a lot of tragedy," VanEvery said. "This one is especially close to us because everyone knew Sherry. It's not the kind of thing we ever imagined would happen in Sidney."

In November, 3-year-old Austin Meyer was killed when he walked behind a neighbor's pickup at the Hilltop Estates trailer court and was struck. Also in November, James Dean Morrow, 46, and Cheryl L. Johnston, 53, died after their vehicle collided with a train north of Sidney and became wedged underneath it.

On Dec. 27, Iwona Patnaude, the chamber's administrative assistant lost her husband, Jason, and 11-year-old daughter in a fatal car accident.

On New Year's Eve, 46-year-old Sidney firefighter Ray Verhasselt was killed in an avalanche while snowmobiling north of Cooke City.

And, on Tuesday, a stove fire at the Triangle Nite Club destroyed the building. A woman inside the building was able to escape without injury.

"I know nothing of the particulars about Sherry's death, but I do know that in this day and age, those things can happen," VanEvery said. "All communities in time will have tragedies like this."

Law enforcement officials confirmed with the Sidney School District on Friday morning that the missing high school math teacher was dead and that a suspect was in custody.

"It's very sobering," he said.

The school shortened its school day and canceled its Friday athletic games. Boys basketball games against teams from Billings Central High are scheduled to be played Saturday afternoon.

"It's sad for the whole community. We are not used to this stuff happening in Sidney. It's sad, but it's shocking. It's just downright shocking," said Kim Kain, 37, assistant manager at Millers' Corner, a gas and convenience store in Sidney.

Kain's son, Kody, 16, had Sherry Arnold for a teacher.

Arnold's death has taken a toll on the student body, though many don't say much.

Kain said the incident has put the entire community on edge, especially women. Many are buying Mace, halting their solo activities outdoors and breaking out of their routine schedules, she said.

"Women are just being much more cautious," Kain said.

FBI and local law enforcement officials said earlier in the week that they were investigating the possibility that Arnold was abducted from the town near the North Dakota border, which has been changing rapidly in recent years due to an oil boom.

The FBI set up an automated tip line Tuesday and received several tips.

SIDNEY - Standing in close knots on the floor of the Sidney High School Gymnasium Friday night, Sherry Arnold's students tried - for the first time, really - to find some way to express their grief.

News had broken only that morning that Arnold, missing since early Saturday, had died and that law enforcement officials had detained possible suspects in her death. The students, along with members of the community, religious leaders and Arnold's husband Gary Arnold, gathered at a hastily organized memorial service at the high school to remember Sherry.

2 men charged with kidnapping in death of Sidney teacher

Bail set at $2.5M for suspects in teacher's death

Two suspects in the disappearance of a Sidney high school teacher requested an extradition hearing Tuesday that could delay their transfer to Montana to face charges.

At a news conference last week, Sidney Police Chief Frank DiFonzo, right, and Richland County Sheriff Brad Baisch announce that a 47-year-old man has been taken into custody in Williston, N.D., in connection with the disappearance of Sidney High School teacher Sherry Arnold, 43, who went missing Jan. 7. A second briefing has been set for Monday morning.

Sidney High School math teacher Sherry Arnold, 43, has been missing since Saturday. Hundreds of people are assisting in the search for the Sidney teacher who did not return home after going for a jog.

Gary Arnold talks about his missing wife at a search and rescue operations center based at the Richland County Fairgrounds in Sidney on Monday as family, friends, law enforcement and volunteers search the area around Sidney for high school teacher Sherry Arnold, 43, who went missing Saturday morning.