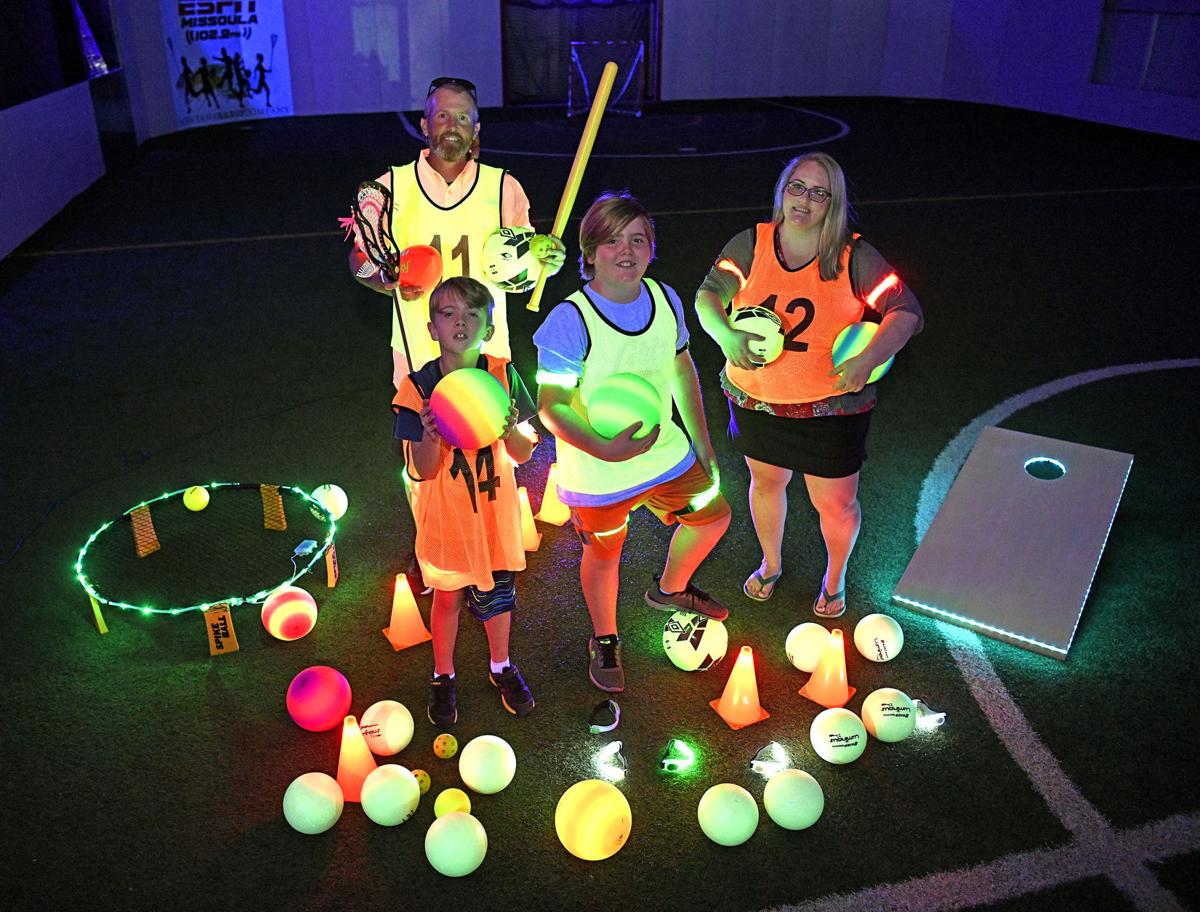 Ryan and Amy Hanavan and their children — Cameron, left, and Logan — show some of the glow-in-the-dark sports equipment available at The Sports Barn, an indoor turf field in Missoula. 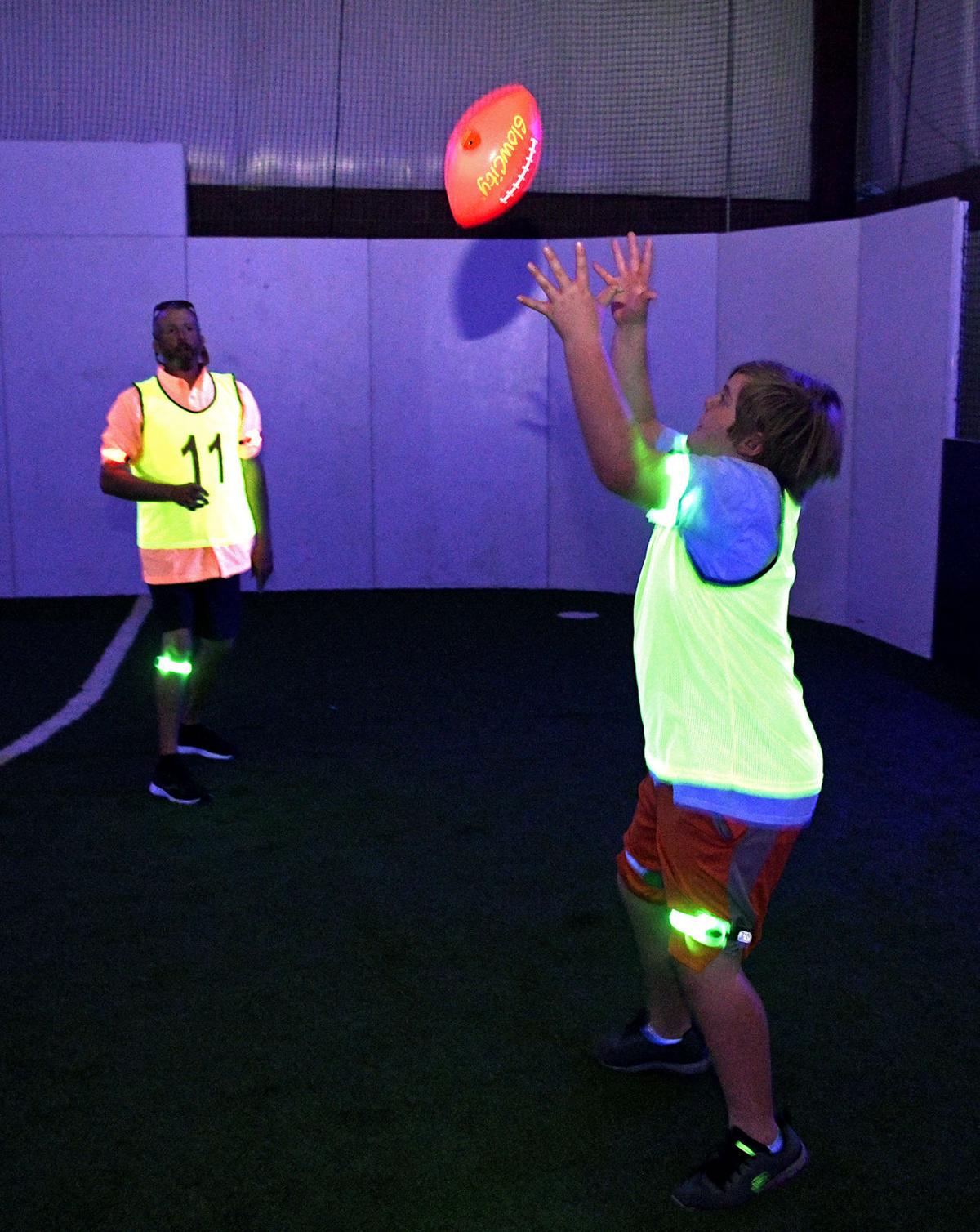 Logan Hanavan catches a glow-in-the-dark football thrown by his dad Ryan at The Sports Barn.

Ryan and Amy Hanavan are in the midst of upgrading and improving Missoula’s only indoor turf field and have a goal of giving kids and adults more options for year-round exercise and fun.

The Sports Barn is located at 2811 Latimer Street at the facility formerly known as the Missoula Indoor Sports Arena.

The Hanavans are installing professional golf simulators and blacklights for glow-in-the-dark sports to give customers more options.

“We’re very focused on just developing play opportunities for youth and adults,” explained Ryan Hanavan, who at one time was the University of Montana lacrosse coach.

The Sports Barn will be the official home of Griz lacrosse, he said. The facility will also offer in-house leagues for soccer, co-rec lacrosse, flag football, kickball, wiffleball, spikeball, dodgeball, cornhole and any other sport that can be played on turf.

They also hope to rent out the field for birthday parties or events.

“I mentioned that we were doing glow-in-the-dark sports to my hairdresser, and she already called me asking about renting it,” Amy Hanavan explained.

The blacklights are installed around the field and the couple will provide lighted wristbands and legbands for players. They have a lighted football and reflective jerseys along with all kinds of lighted toys and glow-in-the-dark equipment.

“We just feel like that’s going to be a whole new level for both adults and kids and birthday parties,” Ryan Hanavan said. “We can attach glow sticks to lacrosse sticks. We can light up the nets and everything and it’s just a really cool thing, this glow thing."

"We just started to think, why can’t we just play all kinds of glow-in-the-dark sports?" he recalled.

They’re going to work with the Missoula Parks and Recreation Department to offer leagues that don’t overlap with city programming.

“We know people might want to play soccer two nights a week in the winter, so we don’t want our league to be on the same night as Parks and Rec,” he explained.

“And then during the day on the weekend we do like clinics and drop-in sports,” she said. “People keep hearing about glow-in-the-dark and asking if they can book their kid’s birthday party. So we hadn’t even planned on that but that’s not a bad idea.”

Montana tourism on rebound after steep drop in 2020

If fishing guide shops in Missoula are any indication, 2021 is off to a hot start in terms of out-of-state visitation.

Ryan and Amy Hanavan and their children — Cameron, left, and Logan — show some of the glow-in-the-dark sports equipment available at The Sports Barn, an indoor turf field in Missoula.

Logan Hanavan catches a glow-in-the-dark football thrown by his dad Ryan at The Sports Barn.