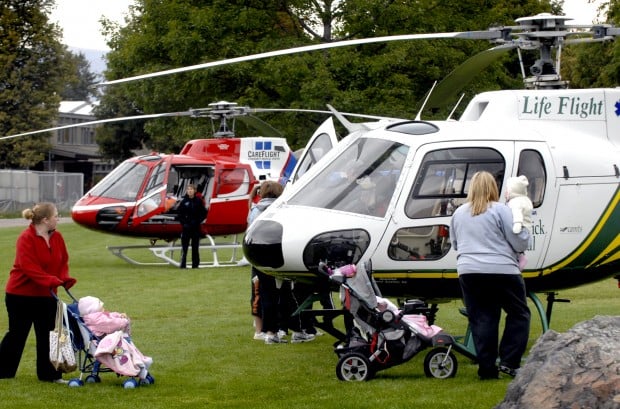 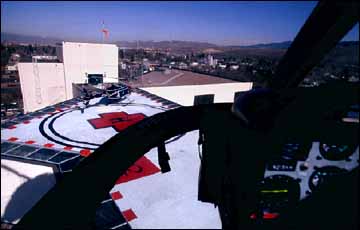 Steve Carlson, CEO of Community Medical, said the economics of flying and maintaining two medical helicopters in Missoula has been difficult and could become more costly in the years ahead.

“We’ve been talking about this for years,” said Carlson. “We see this as an opportunity to move to a model that’s fiscally responsible while creating a cost-effective air ambulance service.”

Jeff Fee, CEO of Providence Health and Services of Western Montana, said the single air ambulance service will continue to operate under the Life Flight name.

The single service will be jointly sponsored, he said, with St. Pat’s running the helicopter from its rooftop facility. St. Pat’s also will continue to provide its fixed wing and ground ambulance services.

“It’s going to be presented as a program that’s jointly sponsored by both St. Pat’s and CMC,” said Fee. “It’s an important principle we agreed on very early on. We’re in this as a partnership.”

Carlson said increases in health care costs have left hospital administrators across the country looking for ways to save money. With health care reform now a reality, he said, merging the two air services made sense.

“As we look at the modeling of calls both flights receive, one helicopter will cover the demand for both hospitals very well,” Carlson said. “The patients will see that they now have access to one service provided by two hospitals.”

“These programs require highly specialized and efficient air ambulance programs to save lives,” the hospitals said in a joint news release. “This collaborative partnership will ensure that western Montana continues to enjoy access to critical emergent transport services.”

Care Flight last year conducted around 225 flights. The Life Flight helicopter made 321 flights in 2011, while its fixed-wing service provided 368 flights and its ground service made 65 calls.

Decreased demand for acute care services at Community Medical Center means some employees will be out of jobs, while others face reduced hours…

A search-and-rescue helicopter that took more than a year to build will make its public debut this weekend in Kalispell.

Providence moves to save $5M at western Montana hospitals