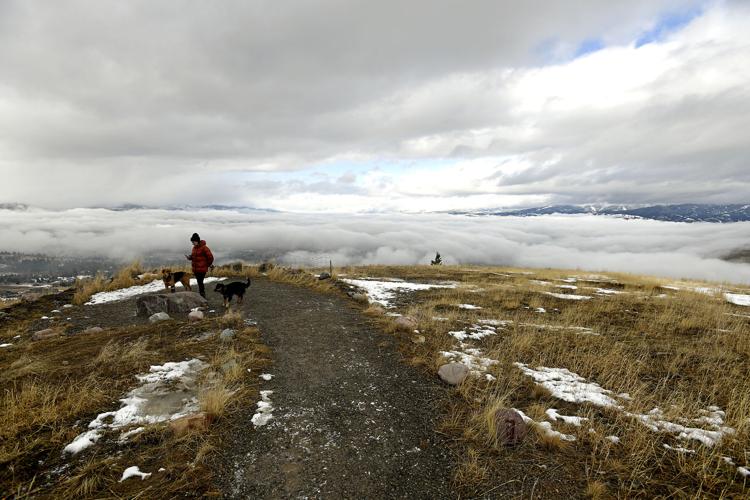 A hiker on Mount Dean Stone pauses on an overlook with the Missoula Valley blanketed in an inversion last winter. Winter inversions, and summer wildfire smoke, often result in poor air quality for Missoula, and a new study shows that air quality alerts save lives by letting older people or those with health conditions like lung disease know they should avoid prolonged exposure. 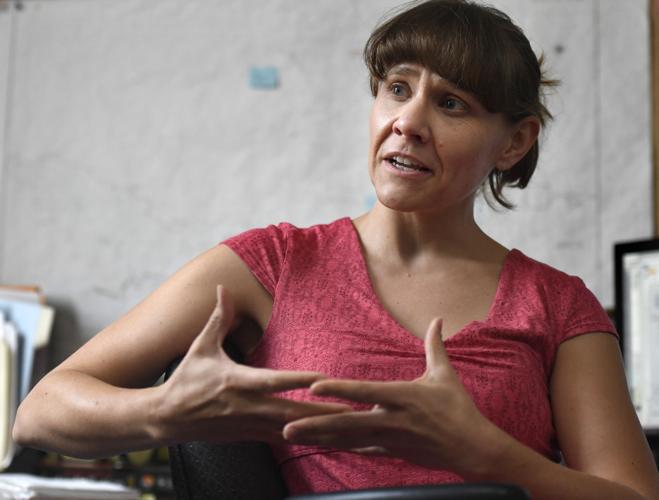 That's according to a study released last month in the journal Risk Analysis by lead author Jonathan Buonocore and three other researchers. And that means even though, as the old gag put it, “Everybody talks about the weather, but nobody does anything about it,” doing an air-quality forecast actually does make life better.

"The whole goal of this thing was to try and model what the health benefits of these warnings can be," said Buonocore, with the Harvard T.H. Chan School of Public Health, in a Tuesday interview.

Previous studies have shown that publicizing air quality warnings coincides with reduced numbers of asthma-related emergency-room visits for children and the elderly. Buonocore said the new study looked at whether greater investments in air-quality forecasting and warnings paid off in better public health outcomes.

Missoula County experiences poor air quality, sometimes in the winter with inversions, and definitely in the summer during wildfire season. And Missoula air-quality specialists send out warnings (including funny missives from Sarah Coefield, who coined the word "guesscast" last summer and defined it as "a technical term I just made up to define what I do when people request information about smoke and fires neither I nor the satellites can see").

The Risk Analysis study, "Estimating the Potential Health Benefits of Air Quality Warnings," used a modeling approach — where scientists crunch existing data rather than recruit live subjects. In the three cities the scientists studied the results of the warnings, Denver, Los Angeles, and Pittsburgh, the outcomes showed a lower mortality rate of anywhere from four to 290 deaths per million.

"The bottom line here, to me at least, is there is public health value in these," Buonocore said of the alerts.

The study focused on people 65 years and older, but the results couldn't take all factors into account. For example, how long did a person stay indoors rather than being outside because of the warning? And how airy versus airtight was the house? Did outside pollution leak inside anyway?

Ben Schmidt, air quality specialist at the Missoula City-County Health Department, said local research isn't available on the same subject. However, anecdotally, he said he believes the alerts county officials send the public have been making a difference.

The alerts let people know just how bad the air quality is. Then, they caution people with certain health conditions such as lung disease to stay indoors or avoid prolonged exposure to smoke depending on the level of pollution in the air.

"It seems like over time, over the years, we're making progress ... and people are understanding (that) when we have winter smoke episodes, that has health consequences," Schmidt said. "We might want to change our behavior a little bit. Same with wildfire smoke."

He agreed Coefield's reports had gained a following and said she has readers from as far away as Canada. The email that described the "guesscast" was lengthy and it almost ended with a promise the forecast would "deliver us smoke and sadness." But Coefield, who was out of the office Wednesday, redirected in her email: "That's a terrible way to end a forecast. Here's a photo of a hiking cat."

The Risk Analysis study didn't cover the value of the warnings during wildfire season, but Buonocore said he has conducted large-scale research focusing on the health effects of severe air pollution in Indonesia and has submitted proposals to do further studies related to wildfires and warnings. The current study said the benefits of warnings could be significant.

"Large wildfires and other extreme events can produce much greater levels of air pollution than are found in our data," the study said. "The benefits of reducing exposure to these events may be larger than our estimates."

The scientists are still working on the type of messages that most resonate with people, but Buonocore said it's clear there's value in crafting a warning that gets people's attention if they need to take specific action to protect themselves, such as staying indoors. People most at risk are 65 and older.

"I think being smart about the public health messaging is definitely important, and with the air quality warnings and especially with the group that's at risk here ... you just want to pick methods that can actually get to these people," Buonocore said. "So probably not TikTok."

According to the repeat-sales housing price index from the Federal Housing Finance Authority, Montana's housing prices have increased more than 44 other states.

Downtown art galleries, the core of First Fridays that once drew thousands of people up and down Higgins Avenue, are heading into winter in a …

Missoula will see more forest fires in its future, but it may have influence over how big they are and how long they last.

Thinking ahead from this summer to 2030, Missoula’s local government leaders committed to steps on clean energy, wildfire preparedness and cli…

The U.S. Forest Service’s “shared stewardship” approach to wildland firefighting will take more resources than the agency currently has, archi…

A hiker on Mount Dean Stone pauses on an overlook with the Missoula Valley blanketed in an inversion last winter. Winter inversions, and summer wildfire smoke, often result in poor air quality for Missoula, and a new study shows that air quality alerts save lives by letting older people or those with health conditions like lung disease know they should avoid prolonged exposure.