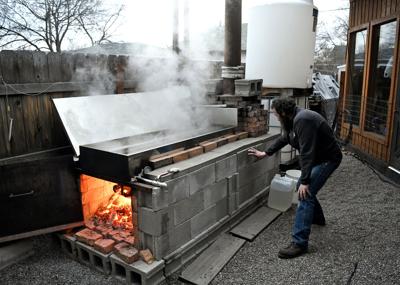 As the only commercially-licensed maple syrup producer in Montana, David Knudson uses urban trees in Missoula and has to deal with hard freezes, vandalism and the effects of climate change during the short sugaring season every winter and spring.

It takes knowledge, patience and an ability to cope with harsh weather to tap urban trees, collect sap, transport it, slowly boil it all down and then bottle nature's candy.

But it’s all worth it once that sweet, gooey treat is ready and he sees the smile on his customers’ faces. He calls it a “unique taste of Missoula.”

For Knudson, who often teaches his craft to groups of schoolkids or anyone else who’s interested, his business Montana MapleWorks is about increasing awareness about the benefits of the ancient craft of sugarin’.

“I really use the maple syrup as the catalyst for community education and outreach,” he explained. “One of my main goals is to give people a greater appreciation for urban trees and the incredible resource that they are for us all to benefit from. I am extremely scrupulous about analyzing the health of trees and looking at them for a year or more.”

In fact, he’s the self-proclaimed ambassador of trees. He collects sap from privately-owned silver maples, Norway maples, sugar maples, boxelder maples and birch trees in Missoula and the Bitterroot Valley.

The city’s Urban Forestry Division sent out a press release in January reminding people that tapping city-owned trees for maple syrup is illegal and can be harmful to already-stressed trees by depleting natural energy reserves and creating entry points for disease and decay.

“As many people look toward local and sustainable food practices, it may be tempting to try tapping the maples that line city streets,” says urban forestry specialist Marie Anderson. “But tapping a street tree can drain the stored energy the tree has been saving to leaf out in the spring. Urban trees face a harsh growing environment including drought conditions, compacted soil, limited soil volume and porous soils, so it’s critical we don’t exert additional stresses on them.”

The last thing Knudson wants is to hurt a publicly-owned tree.

His blue bags can be found along the privately-owned irrigation ditch and on other private land near downtown Missoula. That leads some people to speculate that he’s just draining trees of their lifeblood for commercial purposes. Someone even shot one of his bags with a pellet or BB-gun.

“People think I am a tree killer just out to make a buck,” he said. “Quite the opposite. I want to bring awareness to our resources and help people have a better awareness of such a vital infrastructure that greatly increases our quality of life.”

Knudson got his start in 2015 when he was raking leaves one day and looked up at the canopy.

“And I was like, can you tap silver maples and Norway maples and make syrup?” he recalled. “And the Internet said yes. So I ordered some equipment from a little outfit in Vermont that sells tapping kits.”

The tapping season can be as short as two weeks or as long as eight weeks, but the trees might only be producing for five weeks out of that time.

He gets permission from landowners, then does a health check for at least six months to make sure it’s worth his time to invest in tapping a particular set of trees. With his equipment, he can collect about 15 gallons of sap a day. It comes out of the trees looking and tasting almost exactly like water. One tree can put out two gallons per day for a total of roughly 30 gallons of water in the collection period, which will boil down to anywhere between a gallon and a quart of syrup.

“Now I tap just north of 200 trees, including the Daly Mansion in Hamilton,” he said in late winter. “I have about 340 bags out.”

The box elders and birch trees each make a syrup with a distinctive flavor.

“Boxelders are what’s referred to as a Manitoba maple,” Knudson said. “They grow in areas where sugar maples don’t grow and generally have less sugar in the water or sap than a sugar maple does. But it still has a sweet, good tasting sap that makes the syrup. It tastes a little bit marshmallowey. It’s a pretty simple, basic syrup.”

Knudson said he may be operating the highest-elevation commercial syrup operation in the U.S., although there may be businesses in the highlands of North Carolina or Virginia that are as oxygen-deprived.

“I also believe that I am the only maple syrup producer in the world that sources their sap from the confines of an urban forest,” he said.

Once he transports all the sap home in containers in his truck, he starts the process of reducing the water content.

With help from a ton of YouTube videos and calls to various sugar makers and sugaring equipment manufacturers, he’s put together three sugar shacks at his home.

“Outside, over wood, I have a 2-foot by 6-foot continuous flow pan where I boil down the bulk of my sap which comes from the Norway maples,” he explained. “In my driveway I have two hobby-sized evaporators where I boil silver, sugar or box elder sap."

Inside his converted garage is a radiant-heated space that doubles as his small sugar shack with a smaller flat pan over gas. The garage is also the processing area where all the filtering and bottling happens.

He’s got a cottage food license, and abides by all health and safety regulations for delivering a consumable product to customers.

He sells his syrup at local markets or through deliveries or from a stand in front of his home. The tiny amount of money he makes barely is enough to pay for expenses, but that's not what it's about.

He wants to help others build the maple syrup industry in Montana. Norway maples could be planted as windbreaks, for example, then used for sugar. With the amount of box elders in eastern Montana, he believes the state could produce 10,000 gallons of syrup a year.

"I would like to kind of use my energy now more to educate other people and kind of build a new industry," he said. "It just needs more education and networking."

An alley behind Bernice’s Bakery near the Hip Strip was ransacked by a black bear on Mother’s Day weekend, with dozens of residents waking to find their garbage cans tipped over and spilled in the dirt.

Rivers in western Montana are expected to crest in the coming weeks and several groups are trying to stave off an environmental disaster at the Reserve Street Bridge in Missoula.

The new 175,000-square-foot facility will still be ready for the busy summer season.

“We are excited to be a part of the solution here in Missoula that addresses the critical housing shortage," said one of the developers.

The popular "El Caz" downtown location is closing, but owners Alfredo and Maria Hernandez are expanding their South Avenue location and adding a deck.

The owners of the popular Market on Front, are bringing a new full-service restaurant to The Vista, a large new retail center in south Missoula.

Community Medical Center has a new chief medical officer. Also, Rumour Restaurant in Missoula has closed and a vintage ice cream truck got ransacked by a bear.

A beautiful stretch of the Clark Fork River through Missoula is actually deadly for fish and humans because of an aging irrigation dam that blocks the entire channel.

This virtual reality patient could save the lives of real ones

Freeing US basketball star Griner a 'priority' for Joe Biden

Freeing US basketball star Griner a 'priority' for Joe Biden 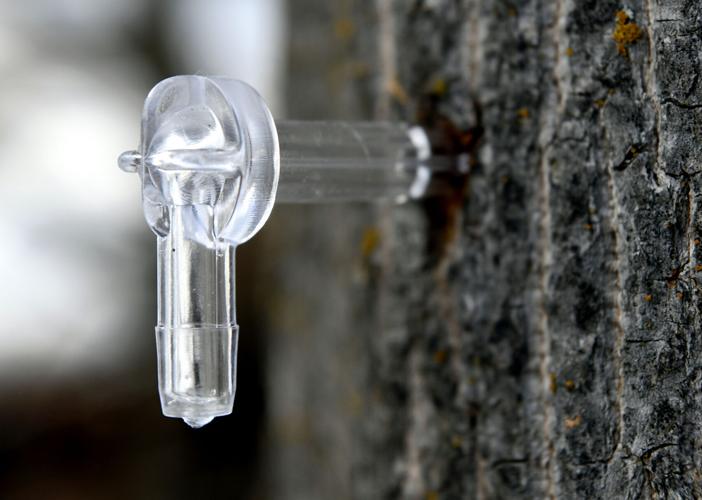 A tap drips sap from a tree that David Knudson is using to produce syrup. 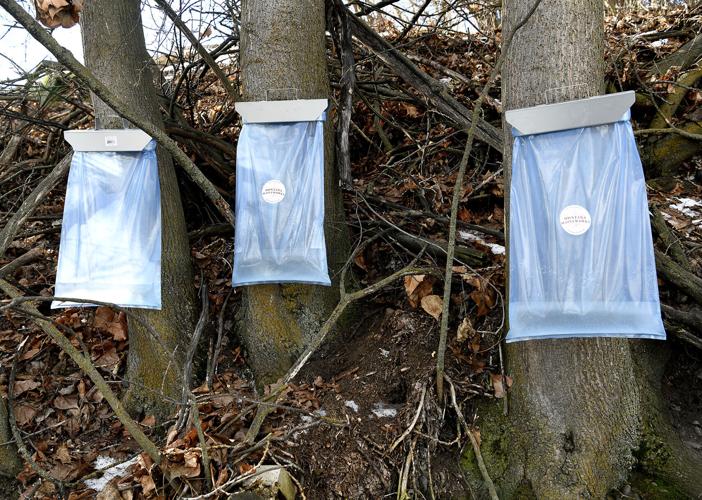 Sap from maples runs into bags Knudson has place on the trees. 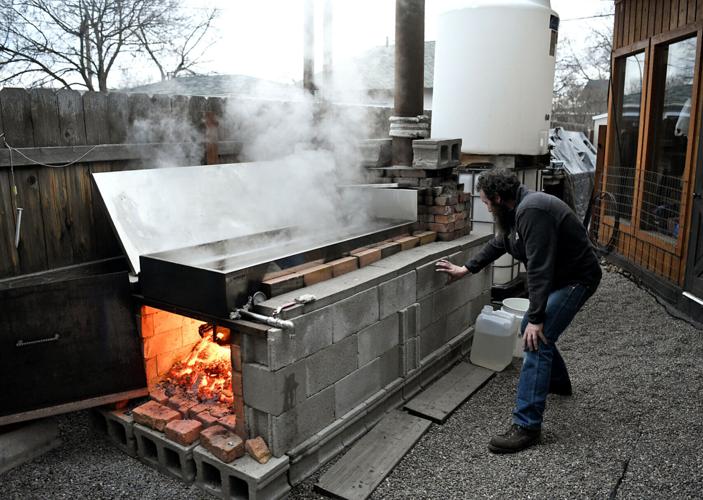 Knudson uses a wood-heated continuous flow pan to boil down the bulk of the sap he collects into syrup. He also uses smaller, portable evaporators for smaller batches. 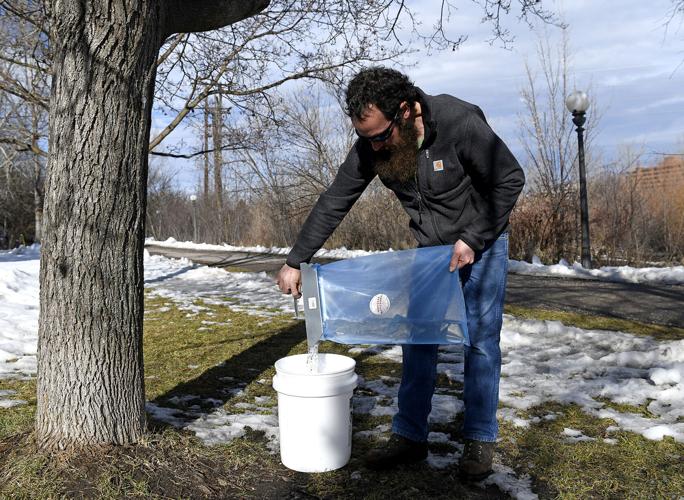 Knudson collects sap from a tree he tapped in late winter. He uses trees on private property with the owner's permission, and checks on the health of the tree for months before tapping. 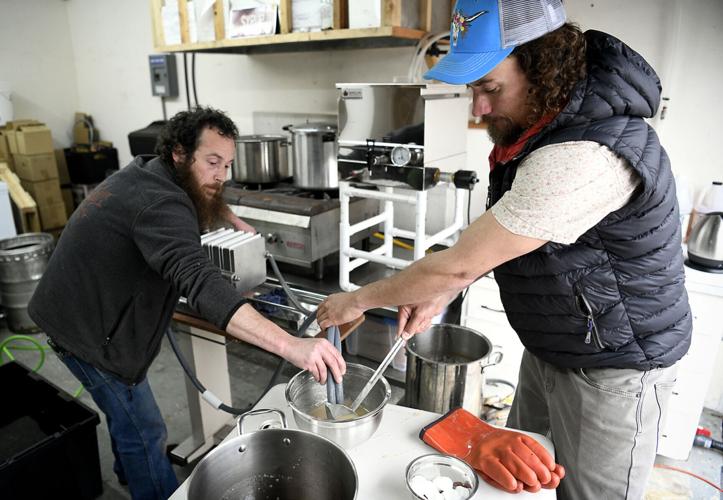 Tyler Callsen, right, helps Knudson process syrup in his converted garage early this spring. The tree sap goes through several boiling and filtering processes before it's ready to be bottled. 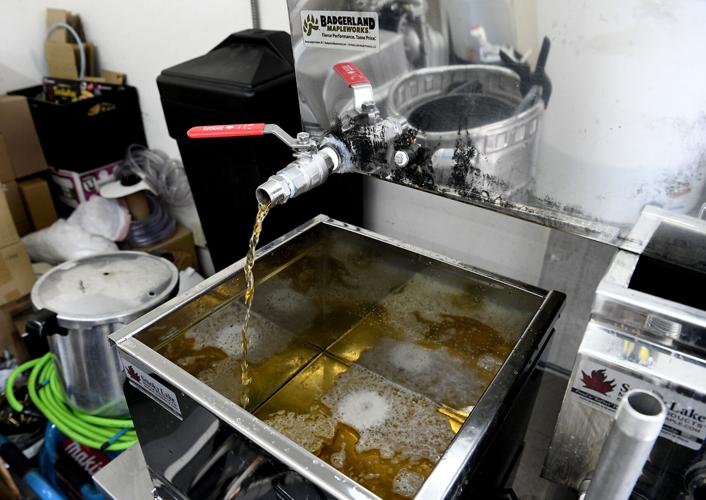 Birch syrup flows from a tap as Knudson boils it down recently. He mainly makes syrup from maples, but makes smaller batches from birch trees. 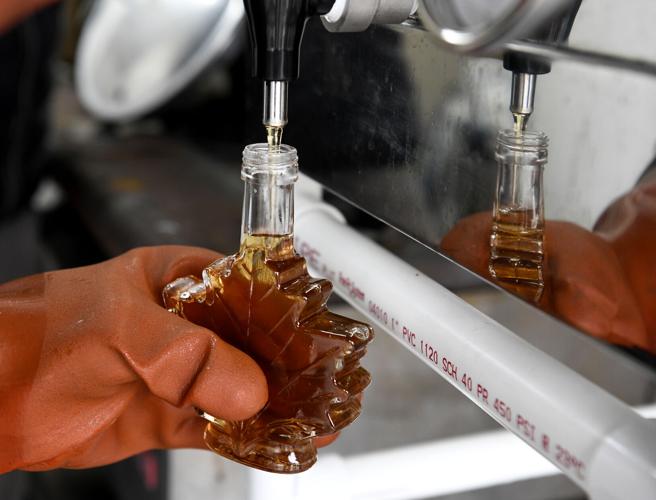 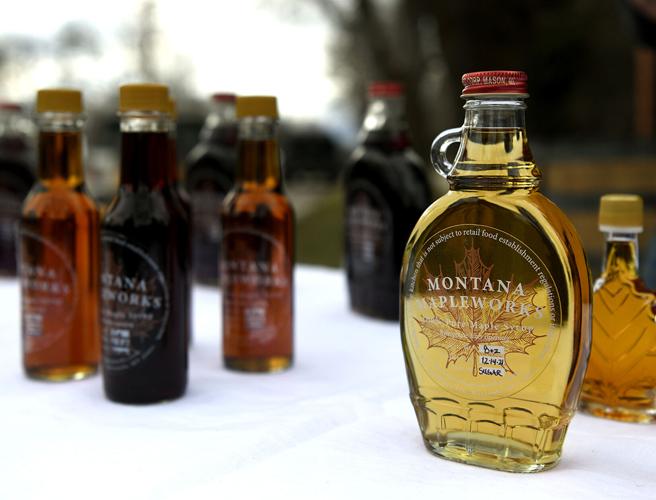 Knudson sells his syrup at local markets under the business name Montana MapleWorks.