'The iron of rancor': Missoula rivals slung mud, threats in 1920 election
Share this
{{featured_button_text}}
1 of 2 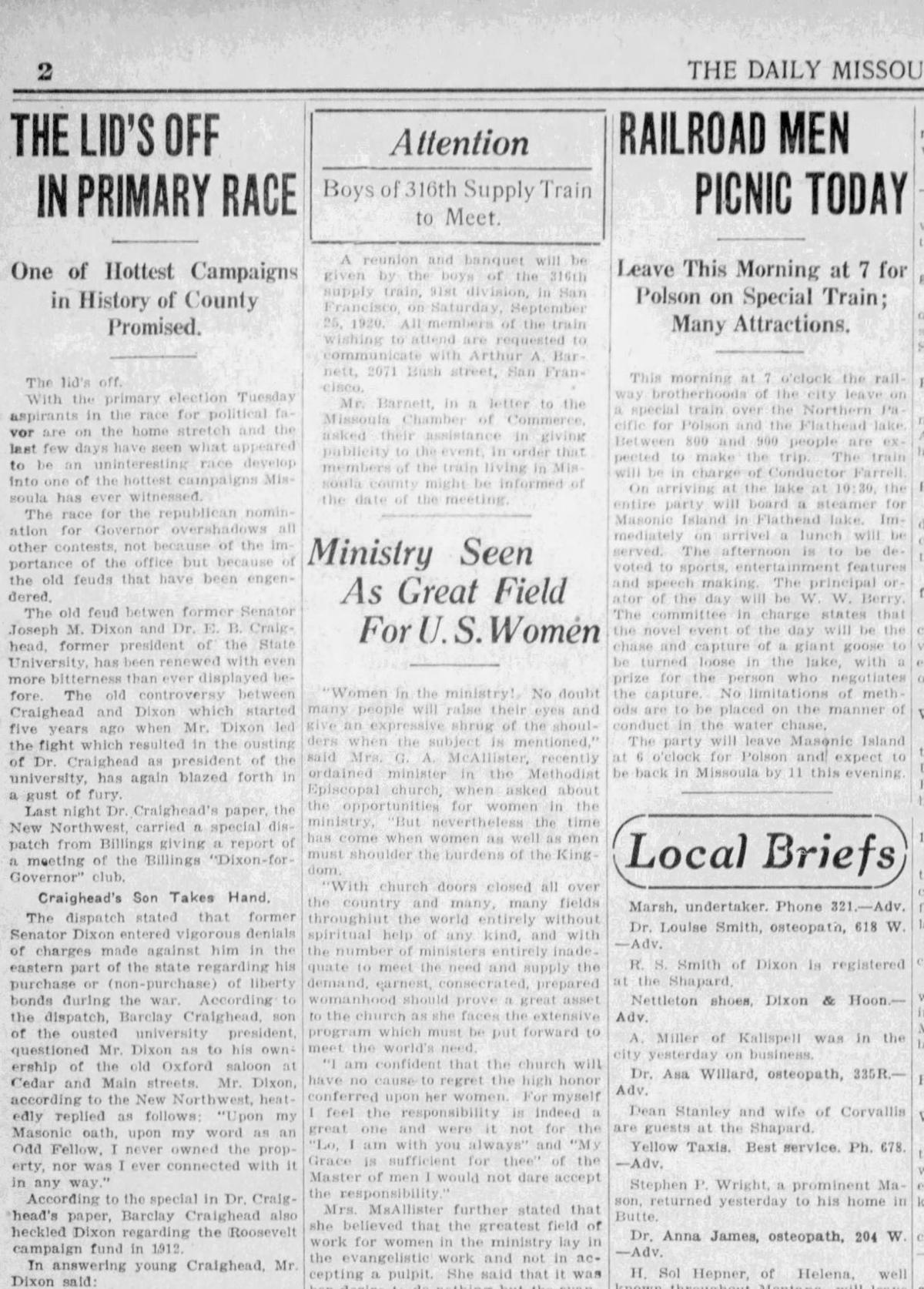 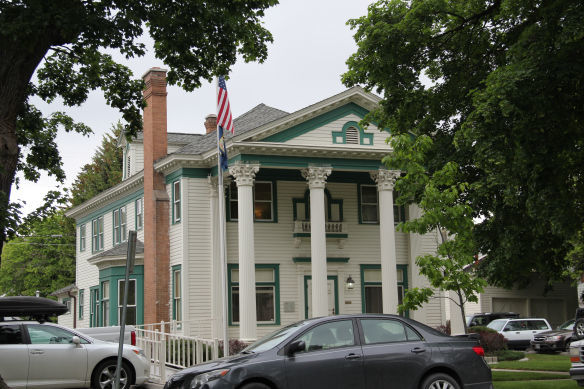 In 1920, Dixon was a former U.S. senator from Missoula and former owner of the Missoulian. Craighead was the ex-president of the University of Montana who accused Dixon of engineering his ouster in 1915.

Those of us who spend (too much) time scrolling through the newspaper pages of history know how easy it is to get distracted. That’s what happened here a couple of weeks ago when, while looking for material on Missoula’s Oxford Bar, a Page 2 story in missoulian.newspapers.com caught our eye.

It was yet another reminder that in modern politics we have no corner on nasty. Maybe it’s of a new strain these days — the word “sophomoric” comes to mind — but mudslinging at election time dates back at least to 1796, when Alexander Hamilton accused Thomas Jefferson of sleeping with one of his slaves.

The story pertained to the Republican race for governor. Dixon threatened, if he were elected, to throw Craighead’s son Barclay in prison. Craighead called Dixon a “malicious and deliberate liar” who had best take care “that the doom you are pronouncing upon Barclay Craighead does not fall with redoubled force upon your own unholy head.”

The Missoulian story quoted a report in the rival Missoula paper that Craighead had started called the New Northwest, not to be confused with the old New Northwest published in Deer Lodge by James Mills in the previous century.

It was Prohibition, and Barclay Craighead heckled Dixon at a Billings rally about Dixon's alleged ownership of the Oxford in Missoula. He also brought up alleged shady accounting that took place when Dixon ran Theodore Roosevelt’s Bull Moose Party presidential campaign in 1912.

Dixon heatedly denied young Craighead’s accusations and reminded him there was a corrupt practice law in Montana.

“I promise you that if I am elected governor you will go behind prison bars,” he said.

The Missoulian story closed by saying Dixon would speak at the Missoula baseball grounds on North Higgins the following evening, the night before the primary elections. He specifically invited Craighead to be present. Craighead accepted in an open letter to Dixon, saying: “I warn you that if you attempt, as you did five years ago at the Liberty theatre, to make vile and vicious attacks upon my record as a man and a citizen, you will find that you are undertaking a big job.”

According to the Missoulian, the Dixon-Craighead feud dated back to 1915, when the state board of education was considering firing Craighead after three years at UM.

James H.T. Ryman, a friend of Dixon and longtime Missoula banker, was a member of the university’s executive board who spoke against Craighead.

Craighead’s camp argued he fell out of favor with Dixon when he demanded competitive printing bids for the university from the Missoulian.

On the morning after a printing job was awarded a rival firm, they claimed, “Dixon called him up by 'phone and said: ‘I’m done with the university. I’ve been fighting your battles here. I’m going up to see the governor.'”

Five years later, he was running for governor.

The primary eve debate at the baseball field promised to be a doozy. But it never took place.

At the last minute, Dixon moved his rally to the Liberty Theater and didn’t invite Craighead. Craighead made a short address at the baseball grounds, throwing more volleys Dixon’s way, then crashed the Liberty party with his two sons.

“They did not speak, however, as Mr. Dixon failed to enter into any personalities,” the Missoulian reported.

Scroll ahead a couple of days for the election results, and there’s a surprise waiting. Dixon won the right to take on Democrat Burton K. Wheeler in the November general election. Billings attorney Harry Wilson ran a respectable second. And Craighead's name was nowhere to be found. Turns out he wasn’t even running.

Dixon handily defeated Wheeler in the November 1920 election, but Craighead wasn’t around for the disappointment. Eleven days earlier, on Friday, Oct. 22, he collapsed while at work in his office on North Higgins. Within minutes of the ambulance reaching St. Patrick Hospital, Craighead was dead, a victim of “apoplexy,” probably a stroke.

The Missoulian had played it fairly straight during the “great debate” in August. It was the purview of editor/publisher Martin J. Hutchens, who apparently penned the eulogy.

“It is true,” Hutchens wrote on Oct. 23, “that the Missoulian and its editor have been the targets for many bitter, unkind and causeless shafts from the pen of Dr. Craighead. The doctor took up journalism rather late in life and did not altogether succeed in grasping the ethics of the profession or sense the amenities that ordinarily prevail among editors.

"Yet as we have ignored these unpleasant things in the past, so we choose to bury them now and to recall only our delightful associations with Dr. Craighead in the years before the iron of rancor entered his soul.”

Digging up the past of a Missoula roadhouse, ad by ad

Memories and ads are about all we have to go on in the Missoulian archives to trace the rise and fall of the Casa Loma.

Norman Means was sentenced to dance.

THOMPSON FALLS — An alleged history of bullying, sexual harassment and disrespect for girls at Thompson Falls High School came to a head Tuesd…

A freelance reporter who covered two looming issues in western Montana has netted one of journalism’s newest and biggest prizes.

They said it: Direct quotes from visiting presidents to Missoula

On this 48th Presidents Day (it was known as Washington’s Birthday until 1971), let's take a look back through Missoulian archives and  newspa…

It’s difficult to imagine two more disparate New Year’s Eve celebrations than those that occurred in Missoula in 1918 and 1919.

Weeks after the assassination of Martin Luther King Jr. in 1968, in the midst of the racial unrest that followed, President Robert Pantzer announced a new scholarship on the University of Montana campus.