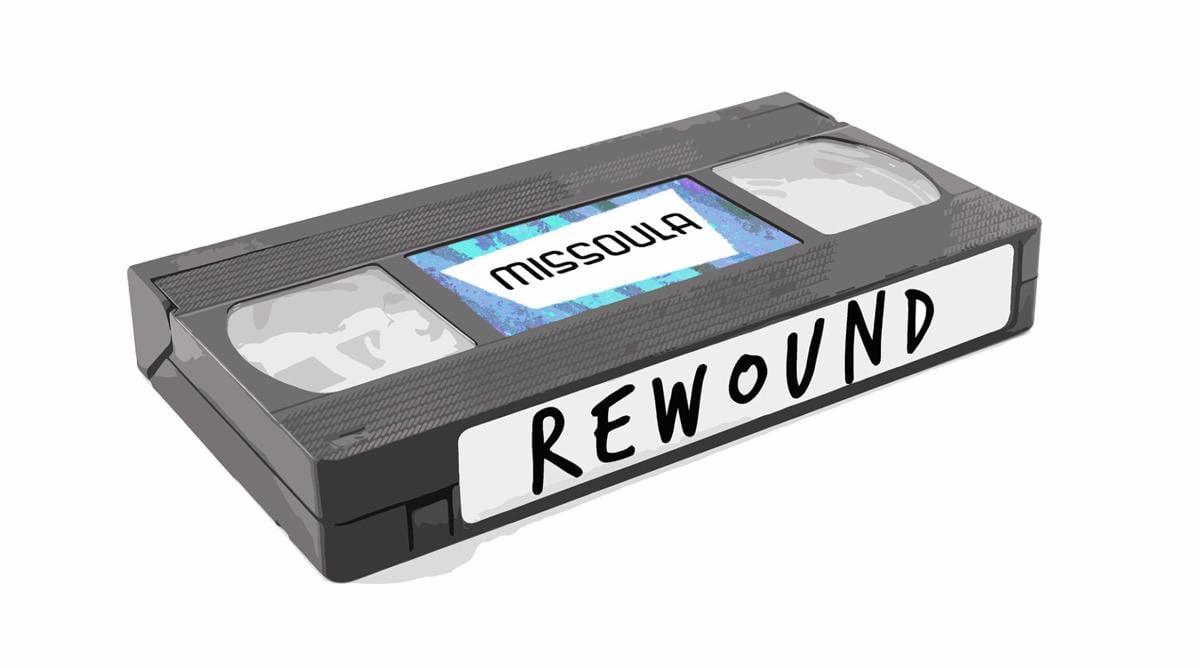 Most of those who've heard of Paul Maclean have his big brother to thank.

Norman Maclean wrote the novella “A River Runs Through It” nearly 40 years after Paul’s violent death, and its ripples continue more than 40 years later in the form of, among other things, this weekend’s third In the Footsteps of Norman Maclean literary festival in Seeley Lake and Missoula.

The Rev. John and Clara Maclean moved the family to Missoula from Iowa in early 1909. Norman had just turned 6. Paul was 3.

Through the Missoulian online archives, missoulian.newspapers.com, we can track Paul through his boyhood. A future newspaperman, he beat his big brother into the paper by 11 days.

He was 5 when a blurb on March 1, 1911, reported: “Little Paul Maclean ... underwent a minor operation on Monday. Dr. Shea administered the chloroform and Dr. Randall performed the operation.”

Turns out much of Paul’s early “press” came on those Sunday society pages. He and Norman were at Joe Dunham’s ninth birthday party on Adams Street. Paul's own seventh birthday on Nov. 2, 1912, “was the occasion of a happy party at his home on Stevens Street.” Then it was Harold Boos’ ninth birthday at 810 Vine St. in February of 1913.

Much of the Maclean Festival in 2019 is at the MCT Theater in Missoula, the old Central School. It was a different building but in the same location in 1917 when Paul took second place to Mary Joe Dixon in a seventh-grade declamatory contest. Paul broke an ankle in eighth grade while wrestling with a playmate. In September 1918 he was awarded first place for Company Q of Central School in the citywide Garden Club contest that attracted "great crowds of visitors" to the Shapard hotel annex. The produce he’d grown was unspecified.

Then it was on to high school in the current Hellgate High building, where Paul was elected junior class vice president in 1921. Later that school year, he and Betty Custer, as man and wife, staged the playlet "The Silent System" for the senior carnival.

"Although the husband had no chance to take part in the conversation, his willingness to listen while his wife talked earned the approbation of the audience …" reported the Missoulian reviewer.

As both a junior and senior, he won the right to represent Missoula County at the declamatory contest at the state Interscholastics, placing second and third, respectively. In 1922 he recited Vachel Lindsay’s “Congo.”

Then I saw the Congo, creeping through the black/

Cutting through the jungle with a golden track.

Maclean launched his newspaper career as the features editor for the school paper, the Konah, in September 1922. His senior class of 117 was the largest yet at MCHS. In a blowout football win over Helena High in November, Paul scored two touchdowns “shooting through center for heavy yardage,” while future pro “Wild” Bill Kelly ran, well, wild on the outside for six tallies.

The fall of 1923 found Paul trying out for the Grizzly freshman football squad at the university. There was no further word in the paper on how he did.

“Norman and Paul Maclean ... left yesterday morning for Hanover, N.H., where they will enter Dartmouth college, the former as an instructor in the English department and the latter as a sophomore. Norman graduated last June from the same institution and was editor of The Jack O'Lantern, the college paper. Paul completed high school here in 1923 and last year attended the State University.”

We didn't read much about Paul after that. In Hanover, the Maclean brothers barely escaped with their lives when the house they were rooming in caught fire in February 1925.

"The youths lost all of their personal belongings, including a number of manuscripts which Norman was preparing for publication,” the Missoulian reported.

By 1936, Paul was a reporter for the Helena Independent when he got into two very public fistfights, both reported in the Missoulian by the Associated Press. The first was in the middle of a January night when he unlocked an office door at the capitol looking for a missing dictograph. Three clerks from the state railroad commission assaulted him and he fought back, Maclean reported.

That November, Paul came to blows with W.O. Whipps, secretary of the recently deposed state highway commission, over an article he'd written. According to Maclean, Whipps called him "a series of names which commenced with 'contemptible rat' and became more pointed as they continued."

But Paul Maclean’s biggest headline in his hometown paper proved to be the saddest. It was played on Page 1 on May 3, 1938, a Tuesday.

The AP story was datelined Chicago, May 2. It read, in part:

“Police searched tonight for assailants of Paul D. Maclean, 32, University of Chicago publicity writer, who died in Woodlawn hospital after being slugged apparently by robbers. When found lying in an alley several blocks from his hotel rooms shortly before 7 a.m. Maclean had only about $4 in his clothing. His empty billfold lay nearby. His pockets were turned inside out.

“Maclean's skull was fractured by a severe blow and police said he was bruised as though he had fought assailants. He did not regain consciousness. An inquest was scheduled for tomorrow. His brother, Norman, an English instructor at the University, planned to leave tomorrow night with the body for Missoula, Mont., where their parents, Mr. and Mrs. John Norman Maclean, live.

“Maclean, a former football player and Dartmouth college graduate, was a political writer for the Helena (Mont.) Independent before joining the university staff here in March 1937. He was unmarried.”

Each week we delve into old Missoulians at missoulian.newspapers.com for stories of Western Montana's past.

Jack Daniels was and is Missoula's most unsung athlete, and possibly Helmville's as well.

Lake County prosecutors this week charged a Colorado man with the killing of 63-year-old Gyme Kelly.

There’s a large and gnarled tree tucked behind the Botany Building at the University of Montana.

All ages, all stages: Cancer thrivers take to dragon boats for therapy, strength

Nary a ripple marred the surface of Salmon Lake on a warm September evening.

The word “Hmong” didn’t appear in the general consciousness of western Montana until late 1976, nearly a year after the first refugees from th…

At long last: The unmasking of the Cat

It’s been 20 long years without the Copy Cat. No wonder the world has gone bonkers.

The biggest headlines in Missoula, of course, were reserved for what happened 4,000 miles away.