The Lolo National Forest is taking another run at a 2016 timber management project after 55% of the original 28,000-acre project area burned during the 2017 Sheep Gap fire.

The lightning-sparked wildfire swept across 25,000 acres, and burned two feller bunchers, a skidder and a contractor’s pickup after the flames unexpectedly took a run toward where a private company was constructing a fire line for the Forest Service. The heavy equipment operators were safely evacuated.

Prior to the fire, the area hadn’t burned for about 100 years, attributed in large part to the forest’s active fire suppression policy after the 1910 fires. Historically, areas within the Swamp Eddy project burned from 5 to 1,500 acres every 10 to 20 years, according to an environmental assessment. 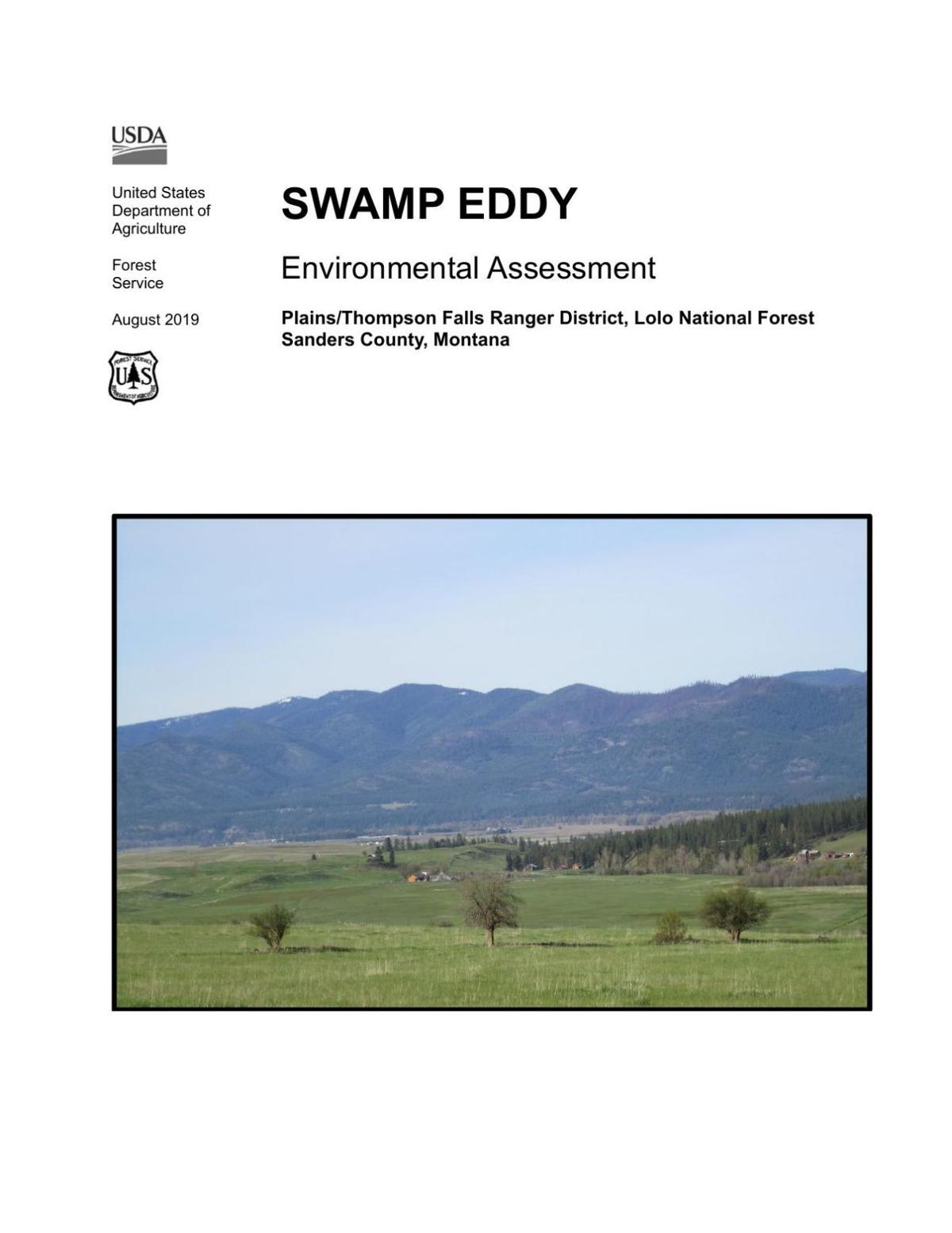 “Due to the overall high severity of the fire, the need to conduct vegetation treatments to achieve forest health and resiliency objectives no longer exists currently within the fire perimeter,” an environmental analysis notes. “However, these vegetation needs remain for the unburned lands located within the project area.”

The original proposed action included timber harvests on about 3,800 acres, and non-commercial harvest on about 4,500 acres. Today, the 3,500-acre active management portion of the project area about 5 miles southwest of Plains is dominated by trees with root disease affecting Douglas fir. That species, along with Ponderosa and lodgepole pines, is susceptible to beetle infestations expected to result in “ongoing and foreseeable mortality.”

Plains/Thompson Falls District Ranger Erin Carey said the project has a lot of support in Sanders and Mineral counties. It’s anticipated the employment and labor income during the five-year project, which would begin in 2021 if approved, would total $5.4 million.

“This is all green timber; the salvage harvest from the fire is underway now,” Carey said. “We wanted to get to those materials (burned trees) as soon as possible because they lose their value. One site has been entirely harvested, and another is ongoing in the Sheep Gap area.”

The updated environmental assessment adds that “providing continued support for the economic structure of local communities is still an important objective of the Swamp Eddy project.”

The plan calls for logging most of the Douglas fir in the smaller project site and some Ponderosa pine. Non-commercial thinning and controlled burns also are part of the project, meant to remove smaller trees to allow others to grow faster. The trees cut during that process would be allowed to decompose on site. The removed trees will be replaced with Western larch, Ponderosa pine, and western white pine, which are more resistant to wildfires, disease and bugs.

Some of the work could create openings of between 41 and 224 acres, but the environmental assessment notes that would mimic natural disturbance patterns. Those openings of more than 40 acres need the approval of the regional forester.

As part of the project, the popular recreation site where Swamp Creek meets the Clark Fork River will have a toilet installed and designated campsites. Currently, the area is popular for swimming, non-motorized boating, general day use and overnight camping at one of the few public access points to the river in the Plains area. But the use resulted in concerns about sanitation and safety, with unauthorized off-road vehicles causing the riverbank to erode.

“We are addressing some resource concerns,” Carey said.

The plan also calls for decommissioning almost 80 miles of old logging roads, but Carey notes that most already prohibit motorized travel. The environmental assessment adds that only 4 miles will need physical closures, and 69 others will be administratively closed. The proposed action includes 2.6 miles of temporary road construction that will be decommissioned after the project.

About 30% of the forest land in the project area is managed under the forest plan with an emphasis toward timber production, and another 40% of the land is listed as “suitable” for timber harvests.

The forest considers the economic component for lumber mills in the area, noting that the Thompson River Lumber and the Idaho Forest Group mills are about 30 miles from the project area, and that logging the area would “result in resilient forest which would continue to grow and maintain future opportunities for sustainable products removal.”

The environmental assessment can be viewed online at fs.usda.gov/project/?project=49096. Comments will be taken until Sept. 14 and can be submitted electronically to comments-northern-lolo-plains-thompsonfalls@usda.gov or mailed to Carey at P.O. Box 429, Plains, Montana 59859.

SEELEY LAKE — Huckleberries remain a few weeks away, but forest foragers have found plenty of action in this summer’s morel mushroom season.