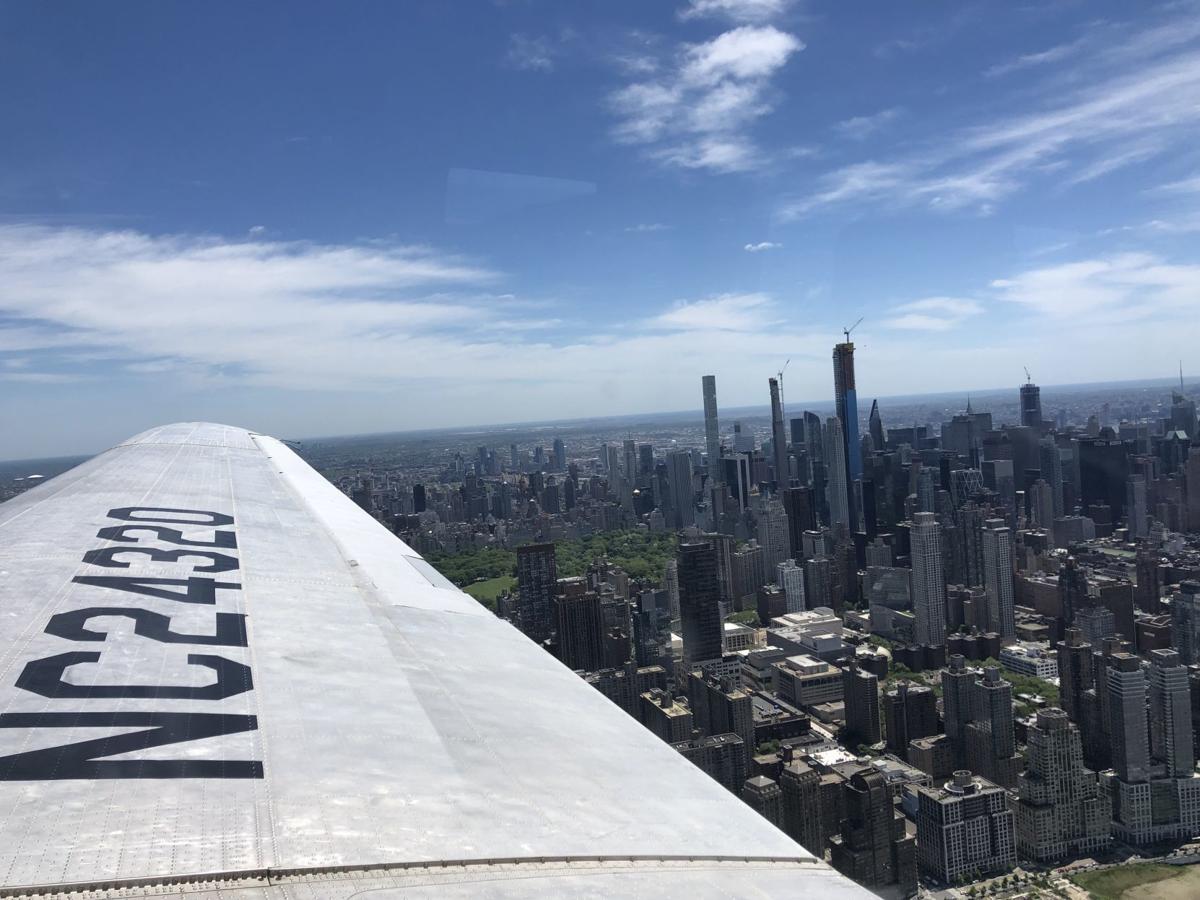 The Missoulian is tracking Miss Montana to Normandy, the Museum of Mountain Flying’s DC-3 that left Missoula on Sunday, May 19. The six-person crew across the U.S. was made up of pilots Jeff Whitesell, Eric Komberec, Bryan Douglass, Nico Van Pronay and mechanics/EMTs Randy and Crystal Schonemann.

Monday, May 20: Flew from Wichita, Kansas, to Oxford, Connecticut. Touched down at twilight (6:20 p.m. Mountain).

Tuesday: Held over for a day at Waterbury-Oxford Airport to allow pilot Art Dykstra to catch up from Missoula. He’ll join the crew for the trip overseas trip. Took 90-minute side trip down the Hudson River to New York City, circling the Statue of Liberty two or three times.

Monday morning’s departure from Wichita came less than an hour before a severe storm cell moved in. It wracked the Midwest with severe tornadoes, closing some airports.  … Aboard the Hudson River scenic tour were Richard Schlesinger, CBS News correspondent, and Alan Golds, executive producer of a Miss Montana segment they’re filming for CBS Sunday Morning to air Sunday, June 2. David Tuttle, a former Neptune Air tanker pilot now living in the East, piloted a follow plane to video the flight. … Tuesday’s weather featured blue skies but high winds. “It was rougher than cob,” Komberec said of the 200-mile roundtrip flight. … Next leg is to Goose Bay, Newfoundland, Canada, Wednesday if weather permits.

D-Day Squadron at CFB Goose Bay: "We are happy to announce that Clipper Tabitha May is the first airplane of the D-Day Squadron fleet to arrive at the Imperial War Museum Duxford (England)! Tomorrow (five more) will fly to Prestwick (Scotland). Tomorrow, the second flight of five will fly to Narsarsuaq in Greenland. Pending an early weather briefing, Historic Flight Foundation’s Pan Am Airways System, Gooney Bird Group — Betsy’s Biscuit Bomber, Virginia Ann, D-Day Doll To Normandy and Flabob Express should be able to leave CFB Goose Bay … Miss Montana to Normandy is in Oxford and should fly to Goose Bay tomorrow. We hope to have the Squadron back together at Prestwick Airport before the end of the week.

Pearl Harbor Day fading into history, but impact will never be forgotten

The Missoulian is tracking Miss Montana to Normandy, the Museum of Mountain Flying’s DC-3 that left Missoula on Sunday, May 19. The six-person…

The Missoulian is tracking Miss Montana, the Museum of Mountain Flying’s DC-3 that left Missoula on Sunday, May 19, on its route to Europe to …

Miss Montana, flying sixth in a field of D-Day Squadron airplanes, is within minutes of dropping parachutists on Sannerville, France, in the h…