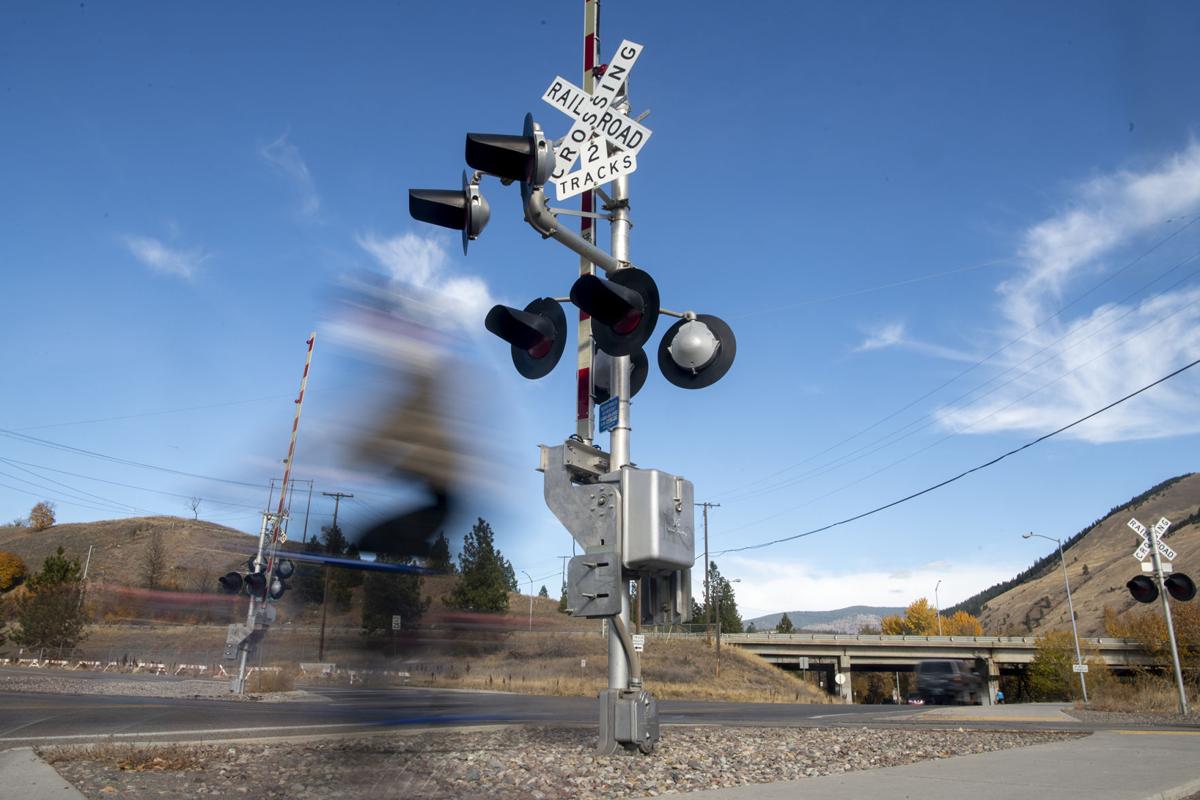 The Missoula Redevelopment Agency is approving funds for noise mitigation on the railroad tracks near the Lower Rattlesnake neighborhood. 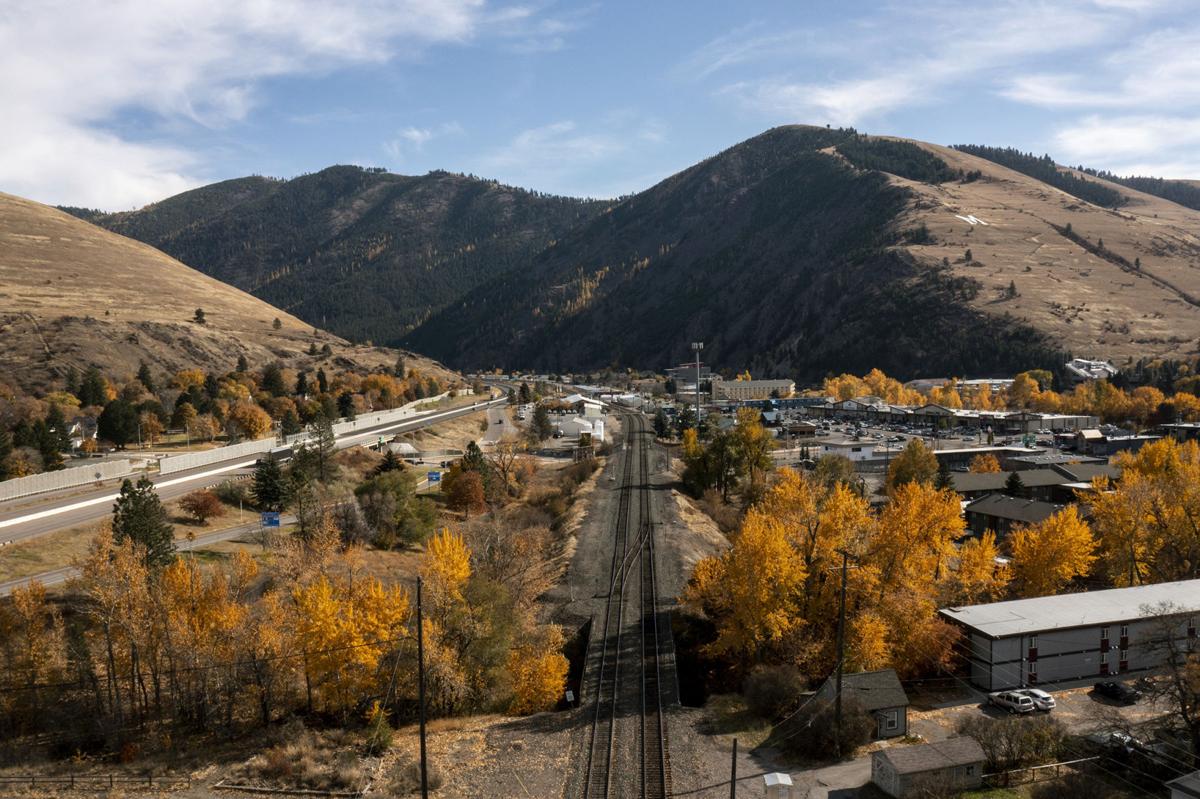 An aerial view of the train tracks through Missoula on Thursday.

The train horns that have long tormented Missoula residents in the lower Rattlesnake and downtown neighborhoods will soon be falling mostly silent.

They’ll be replaced with “wayside horns” that are placed near the train crossings in that area and the sound will be focused on a much smaller space.

“This provides a public benefit by lowering noise pollution levels, particularly in the evenings and late at night in adjacent neighborhoods,” said Tod Gass, the the agency’s project manager.

It’s been a long, complicated process to get the wayside horns installed because the Federal Railroad Administration has to approve a “railroad quiet zone” to enhance the quality of life in communities adjacent to the railroad tracks, while still mitigating the risk of train collisions without train horns.

The wayside horns mimic the sound of a train horn and will be mounted on poles approximately 13 feet high with the sound focused down onto the crossing.

“The result is that the sound of a train horn is localized to the railroad crossing rather than broadcast across a large area of the community,” Gass explained.

The train horns currently broadcast a sound that exceeds 90 decibels to a wide swath of residential homes around the train crossing at the intersection of Madison Street, Spruce Street and Greenough Drive.

Residents in the area complained to the Missoulian early this year that the noise was driving them crazy.

"We are assaulted every day and at all hours of the night and early morning by the deafening sounds of train horns as the trains cross Madison Street and Taylor Street," local resident Robert Schultz said.

Testing showed that the wayside horns broadcast that 90-decibel noise to a much smaller area right at the crossing.

Monte Sipe, the city’s construction manager with the public works and mobility department, said it was a remarkable difference.

“The demonstration showed a significant decrease in horn sound levels across the neighborhood,” Sipe said.

Many people reported they couldn’t even hear the wayside horns from their homes in the lower Rattlesnake, he noted.

“This appears to be a cost-effective option to reduce the impacts of train noise," city public works director Jeremy Keene said earlier this year after the tests were completed. "The wayside horns direct the sound where it is needed, rather than projecting it throughout the neighborhood.”

Another private crossing nearby on Taylor Street has also irked neighbors, because the trains are required to sound the horn when they go across it even though it’s rarely ever used by Montana Rail Link and doesn’t have public access. Gass said the train operators have agreed to also stop blowing the horn for that crossing.

Now, the only two crossings where the trains will blow their horns are at Butler Creek on the western edge of town and the Deer Creek crossing way out in East Missoula. Trains will still reserve the right to blow their horns if they see animals or workers or cars on the tracks.

It isn't clear how long the installation will take to complete, although city public works spokeswoman Lori Hart said they can be installed and put to use within a few months.

The boosters will be available at the department's vaccine site at Southgate Mall inside the old Lucky's Market space.

The goal is to direct people to indoor resources or authorized camping sites and to keep illegal camping to a minimum.

Earlier this year, the Montana Legislature and Governor Greg Gianforte banned the practice of registering to vote on Election Day.

A Bozeman-based company is asking the Montana Public Service Commission to grant it permission to compete in Missoula with Republic Services, which currently has a monopoly.

"We do a big emphasis on music and art and color and that kind of thing.”

County officials say they haven't received any response from Gov. Gianforte about $143.4 million in federal money that's supposed to help with contact tracing.

The Missoula Redevelopment Agency is approving funds for noise mitigation on the railroad tracks near the Lower Rattlesnake neighborhood.

An aerial view of the train tracks through Missoula on Thursday.