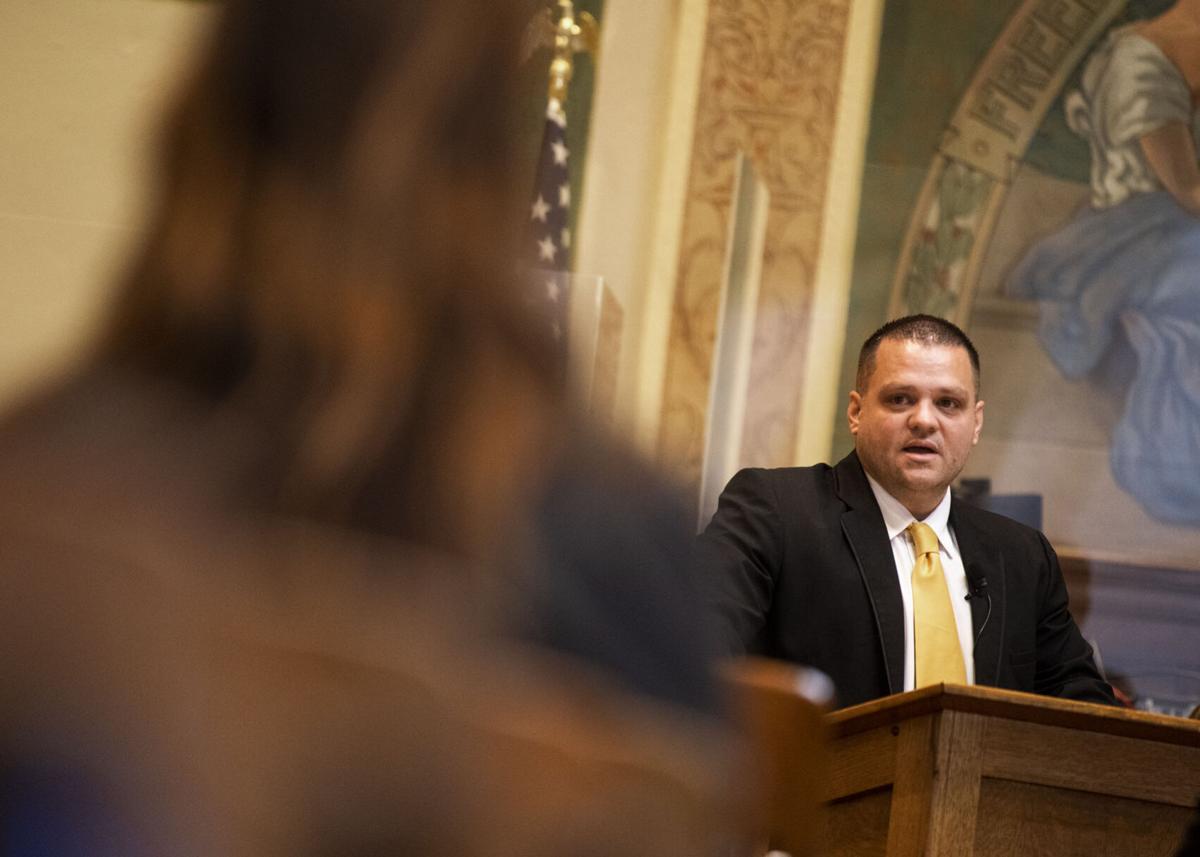 Wes Whitaker offers his opening statement during the first day of his jury trial Monday morning. 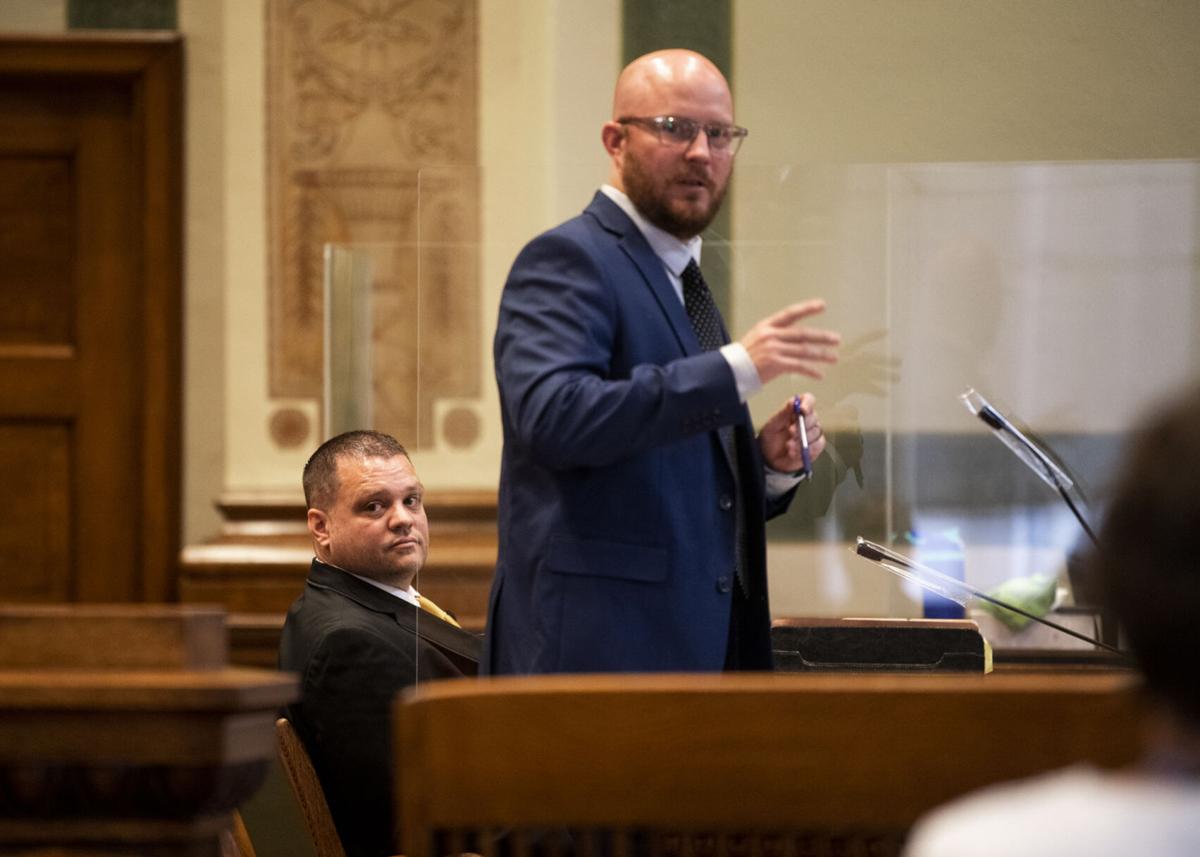 Wes Whitaker, left, peers at the jury during opening statements on Monday.

Testimony began Monday in the trial of a Missoula man who allegedly sexually abused his 3-year-old stepdaughter.

Whitaker was married to the victim’s mother at the time of the reported abuse, according to court documents. The victim was 3 when she reported the abuse to her mom, saying Whitaker sexually abused her multiple times, "touching her genitals with his genitals."

She reported Whitaker asked her not to tell anyone about the abuse, documents said.

In opening statements, Missoula County Senior Criminal Attorney Brian Lowney asked the jury to listen closely to Whitaker and to watch his behavior in court.

“Make no mistake, the defendant is going to deny," Lowney said.

He warned jurors Whitaker would try to argue the victim’s mother attempted to influence the victim and plant ideas in her head.

Whitaker is representing himself.

In his initial statement to the court, Whitaker asked the jury to think critically while listening to testimony and not hold him accountable. He said events reported to officials, which he labeled as "parental duties and potty training," were taken out of context.

Whitaker has two child molestation convictions from the early 2000s in Georgia, according to the Montana Sexual and Violent Offender Registry.

Witnesses called to the stand on Monday included the victim and the victim’s mother.

The trial will continue on Tuesday morning at 9 a.m.

Kimberly Dudik and Associates, in collaboration with the Snowbird Fund, announced the MMIP Legal Advocacy Program earlier this week.

Justin William Ayres, 22, was arraigned in Missoula County District Court on two counts of sex abuse of a child, a felony that is punishable by up to life in prison.

Missoula man sentenced for allegedly soliciting sex from a minor

James Edwin Lewis, 67, was given a 15-year suspended sentence in the Montana State Prison. He is required to register as a Tier 1 sex offender.

Wes Whitaker, 41, is being tried on three felony charges for allegedly sexually abusing the child, who was in his care.

Wes Whitaker offers his opening statement during the first day of his jury trial Monday morning.

Wes Whitaker, left, peers at the jury during opening statements on Monday.