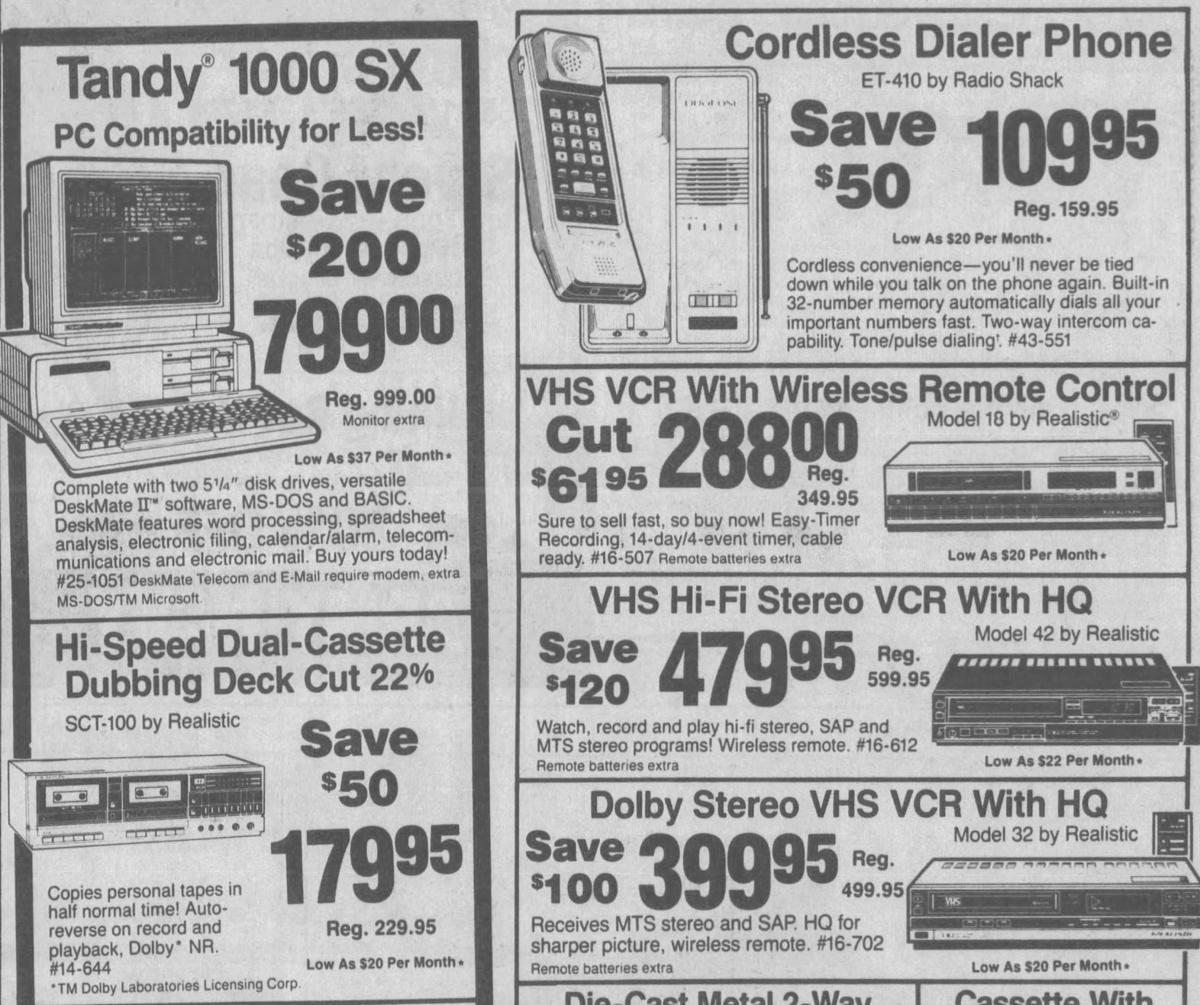 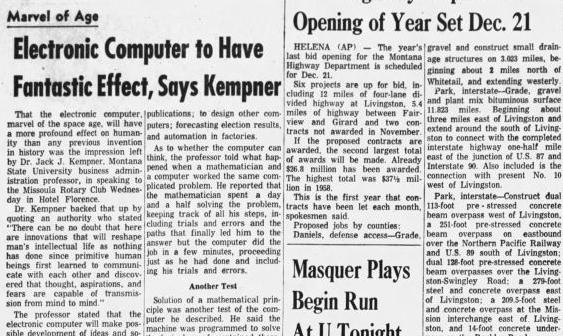 Quick quiz: When do you suppose the Missoulian first mentioned a computer of the electronic kind?

Take a paragraph or two to jot down your guesses.

You peeked, didn’t you?

For most of history, a “computer” was a person who computes. That began to change during World War II.

A Sunday comic strip, “Home Front Heroes,” appeared in the Missoulian on Christmas Eve 1944. It saluted Capt. Samuel Saint, who had invented a device for air traffic controllers to speed up landings at busy airports.

“This computer will show at a glance the position of all planes waiting their turn to land,” Saint explains in the strip. “Simple adjustments allow you to bring in one after another.”

The final panel related: “Soon, Captain Saint’s computer will be put into operation at airports throughout the country, thereby clearing up air-traffic congestion and increasing landing efficiency.”

Word came from the Army after the war about the development of “the first all-electronic general purpose computer.”

Frank Carey, a science writer in Philadelphia, said in a Page 1 Associated Press story the computer was “1,000 times faster than the most advanced calculating machine previously built.”

It made it possible “to solve in hours problems which would take years” on any other mathematical machine.

“Eniac” — short for “Electronic numerical integrator and computer” — weighed 30 tons, filled a room 30 by 50 feet and contained 18,000 vacuum tubes. It looked "like a giant switchboard in a telephone company office, even to tiny lights that flash on and off when a complex brainteaser is getting the works,” Carey wrote.

But a smaller, faster and less expensive computer was already in the works.

Another AP writer out of Philadelphia, Herb Altschull, revealed it in a story that appeared in the Missoulian on Aug. 2, 1949. It was Binac, developed by Philadelphia scientists Presper Eckert Jr. and John Mauchly, who, it turns out, had built Eniac during the war in a top secret project.

“Binac weighs less than one ton and the inventors say it is faster, more accurate and more versatile than Eniac. Eckert and Mauchly now are at work on what they consider their masterpiece, the Univac,” Altschull wrote.

Not until 1956, at the dawn of the federal interstate highway system, did mention of a computer in western Montana pop up. In a talk to the Polson Rotary Club on Aug. 15, Charles King of the state highway department explained that planning for Montana’s 1,243 miles of new highway would take a dozen years to build, at the rate of 100 miles a year.

Planning, he said, “will be speeded up by the use of aerial photography and electric computers.”

“Much has been said about humanity’s obligation to use its machines wisely, lest they destroy mankind,” a Missoulian editorial began on Nov. 3, 1957, as the Cold War heated up. “We are aware that such things as nuclear fission and electronic computers are blessings alloyed with peril. We know that if we depend too much on computers and scientific gadgets our society is in danger of becoming mechanistic and inhuman.”

The AP story, datelined Washington, introduced a mind-stretching concept. According to a government-sponsored study by the National Academy of Sciences, "Transmitting letters electronically from city to city rather than carrying them physically could help the deficit-plagued U.S. Postal Service cut costs and improve service."

The technology already existed, and private firms were sure to start developing it, "possibly foreclosing any opportunities for the Postal Service to move into the field in any meaningful way," the report said.

And so the world of e-mail began in Missoula.

In her “Your Money’s Worth” column on June 16, 1982, economist Sylvia Porter wrote a piece titled “The Automated Office.”

“The electronic office … the automated office … multiprocess work stations … interconnected computer networks,” she wrote. “The office of the future goes by many names, but whatever the name, it is here.”

It was the first reference we could find to what would be “internet” in the Missoulian.

The word itself didn’t pop up until Nov. 7, 1988. An Associated Press story told about a Cornell University student who infected the “Internet network that links 60,000 university and defense research computers across the country” with what became known as the Morris worm.

Business writer Jim Ludwick ushered in the internet tide of local usage in 1993. A column that appeared on Halloween told of the school children of Hobson in central Montana, who “routinely dabble with electronic communications — including the Internet system, a global computer network.”

His point? “It is the great mid-career challenge of the Baby Boom generation. People who grew up without computers must find the will to teach themselves what the children of Hobson are learning in school.”

Missoula Rewound is a weekly dive into the electronic files of Missoulians dating back to 1890 at missoulian.newspapers.com