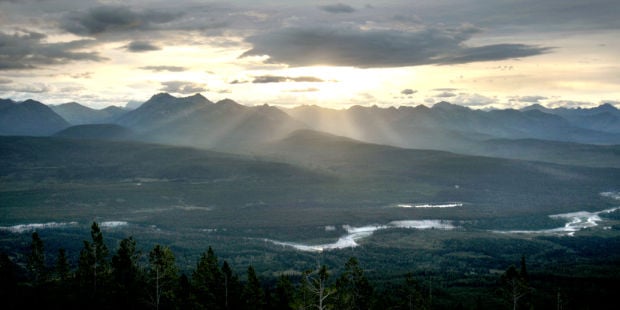 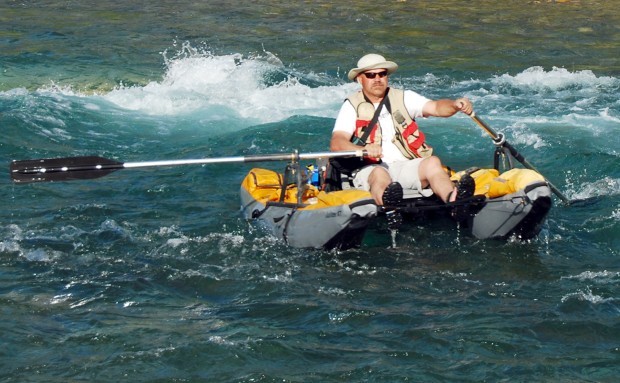 Kris Cook maneuvers his cataraft through a small rapid on the upper reach of the North Fork of the Flathead. 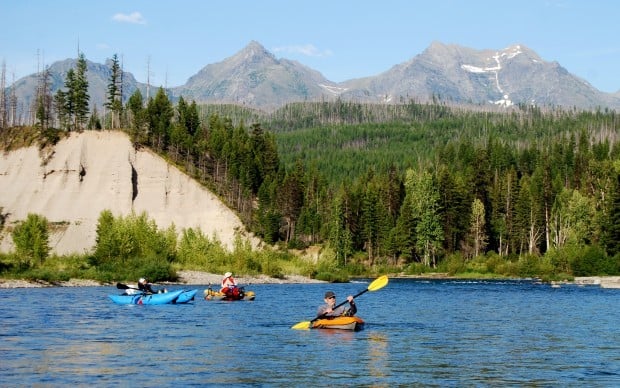 “The North Fork is widely treasured as a precious corner of our state, a place where we harvest timber, we hunt and fish, and lead trips into the adjacent Glacier National Park,” Daines said in an email statement Tuesday. “The local community wants to continue using this watershed of the river to benefit their local economy – which is largely outdoor recreation based.”

Tuesday’s action prompted calls of support from across the Montana political spectrum. Citizens for Balanced Use and the Wilderness Society were among the commenters praising the passage. Michael Jamison of the National Parks Conservation Association said the range of supporters points out the North Fork’s unique character.

“People from all around the world come and hike and camp through Glacier (National Park), and while they’re doing all that the locals work and play in the national forest borderland right across the river,” Jamison said. “It’s where we hike and fish and cut Christmas trees and logs for the mills – that multiple-use, work-and-play space right next to the park. It’s different from the park’s purpose, and it’s also incompatible with a mountaintop removal mine.”

The act helps fulfill the American side of a 2010 agreement signed by former Montana Gov. Brian Schweitzer and the Canadian province of British Columbia to protect the trans-boundary Flathead River from gold and coal mining. A UNESCO review team praised the region’s biological diversity and pristine condition.

In 1974, a Canadian firm proposed an open-pit coal mine and power plant six miles north of the U.S. border near the Flathead. The plan raised concerns because of ecological damage from coal mining in the Elk River drainage just to the west.

In the 1980s, the U.S. Bureau of Land Management started leasing tracts in the Flathead National Forest for oil and gas exploration. A federal court found those leases were granted improperly in 1988. No exploration activity has taken place on the U.S. portion of the river.

When another Canadian company announced a new effort to seek coal in the Flathead headwaters in the 2000s, Baucus, Democratic Montana Sen. Jon Tester and Schweitzer started negotiating with the British Columbia provincial government to protect the area. Schweitzer and B.C. Premier Gordon Campbell signed a memorandum of understanding during the 2010 Winter Olympics in Vancouver banning mineral and energy development there.

The Nature Conservancy in Canada agreed to compensate Canadian mining firms that had exploration leases for gold projects in the area. Meanwhile, Baucus and Tester negotiated voluntary releases of energy leases on more than 200,000 acres along the North Fork. But they also needed federal government acknowledgement of the agreement to match the Canadian efforts.

“Protecting the North Fork is the right thing to do and I am glad to see that it is gaining momentum,” Baucus said in an email statement. “I will continue to work every angle to make sure this bill gets through the Senate. There is no place on Earth like the North Fork and I have been working 40 years to protect it. It’s our responsibility to leave this place in better shape than we found it so our kids and grandkids are able to enjoy this treasure.”

Daines introduced a House version of the North Fork bill in October. During an interview with the Missoulian last week, he noted the bill had no opposition from anyone in the Flathead drainage – particularly those who would be most affected by it. The bill allows timber cutting and gravel mining, as well as hunting and other commercial activity.

“This area is so special that our senior senator, Max Baucus, has been working since his first year in office to protect it,” Daines said in his email statement. “It is fitting that we are considering this bill today while the Senate holds his confirmation hearing to be a U.S. ambassador. This is the first time in 30 years the Montana delegation has supported lands legislation in a bipartisan, bicameral, unanimous way. I think Washington could take some pointers from how we work in Montana.”

BILLINGS – Max Baucus launched what could be his last lap around Montana as the state’s senior U.S. senator on Friday, seeking to shore up his…

APGAR – You’d think Cheryl Beverly of Atlanta would have seen enough ice back home last month to last her – well, if not a lifetime, at least …

KALISPELL – Work on the Flathead National Forest Plan revision gets underway this week with several work-group meetings in Kalispell.

Every bird, fish and bear knows that rivers don’t stop at an international boundary, but it’s taken awhile to convince human governments of th…

A bipartisan bill to protect the North Fork of the Flathead River from mining and energy development got a warm reception in the U.S. House of…

Kris Cook maneuvers his cataraft through a small rapid on the upper reach of the North Fork of the Flathead.