China says suspected spy balloon spotted over US is for research, accidently strayed

U.S. Sen. Jon Tester on Thursday said he’ll back the Iran nuclear deal, calling it the most effective means available to prevent the Middle Eastern nation from obtaining a nuclear weapon.

Announcing his official position, Tester, D-Mont., called the agreement the most intrusive nuclear deal ever reached. He said it’s not built on trust and includes steps for verification.

“I do trust the U.S. military, and our intelligence assets will be watching Iran with a hawk eye,” Tester said. “The International Atomic Energy Agency will be aggressively monitoring this. It gives us more eyes on the ground in Iran than we’ve had since the 1970s.”

The agreement, negotiated with the United Kingdom, China, Russia, France and Germany, referred to as P5+1, lifts some sanctions on Iran in exchange for dismantling its nuclear program.

Congress began a 60-day review of the 159-page deal on July 19, and members of Congress have come under pressure from Israeli interest groups to reject the agreement.

The pact has also been blasted by Israeli leaders, and a pro-Israel lobby in Washington, D.C., is spending $20 million in an effort to scuttle the plan.

But supporters maintain that it removes an existential nuclear threat from the table. If Congress fails to back the deal, Tester said, the consequences could be many.

“It falls into two categories, either accepting Iran as a nuclear power, or going to war with them,” he said. “I’m fairly sure if we went to war, we’d be doing it alone like we did in Iraq. I felt this was the best option.”

Earlier this month, Tester posted the agreement on his website and urged Montanans to read it through. Over the past few weeks, he’s heard from state residents, Jewish leaders and national experts, including U.S. Ambassador to Israel Daniel Kurtzer and former Ambassador William Luers.

“I’ve been wrestling with this decision for months, and I’ve had a chance to read it dozens of times,” Tester said. “It’s not built on trust. I don’t trust Iran. It’s about holding Iran accountable.”

On July 29, Tester also wrote a letter to President Barack Obama outlining his lingering questions and concerns. He said the U.S must be diligent in tracking Iranian funding after sanctions are lifted to ensure it’s not spending to promote anti-American efforts in the region, or to fund attacks against Middle Eastern allies.

He also said he was concerned about the continued threat posed by Iran. He urged the Obama administration to make its commitment to regional security clear, including that of Israel, which Tester called an ally.

The U.S. Department of State responded to Tester’s letter on Aug. 5. It said the agency would fully uphold its “unshakable commitment to security of the region” while continuing to protect core interests.

It also said it has reserved the sanction authority to block Iranian assets if that nation’s leadership violates terms of the agreement.

“Iran has many pressing domestic needs for these funds,” the State Department's response reads. “As a matter of financial reality, Iran cannot simply spend the usable resources, as they will likely be needed to meet international payment options, such as financing for imports and external trade.”

Tester said he reached his decision at his Big Sandy farm after stepping away from Washington politics.

“I’ve spent some time on the tractor and combine these past days, and it’s given me time to sort out the good and bad,” he said, speaking by phone. “This is probably one of the most important decisions I’ll make as a U.S. senator.

“If we don’t do this agreement, we would be looking at accepting a nuclear-powered Iran, or going to war with them. That would impact my kids and grandkids in a big way.”

Calling it an incredible honor, U.S. Sen. Jon Tester on Thursday escorted Pope Francis into the House chambers, where the Catholic leader call…

The last time Israeli Consul-General Andy David was in Missoula, the United States was about to close a deal restricting Iran’s nuclear weapon…

The U.S. secretary of energy and a leading negotiator in the Iran nuclear agreement defended the plan Wednesday, saying its most strident crit…

The Israeli consul general on Monday voiced his distrust of Iran during a stop in Missoula, saying the recent nuclear deal agreed to by six na…

Paleontologists accidentally discover the first brain ever known to have evolved

Paleontologists accidentally discover the first brain ever known to have evolved 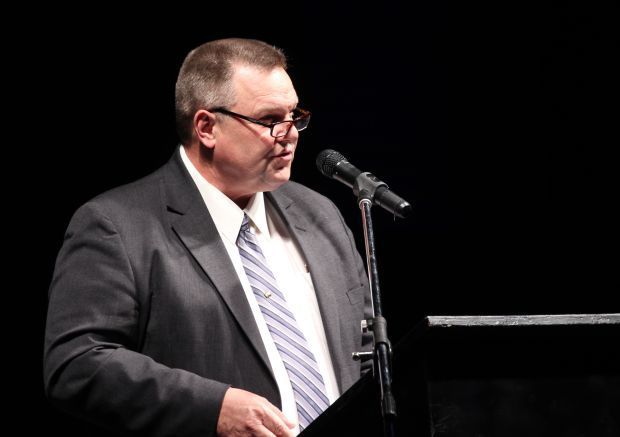 Sen. Jon Tester speaks at the 2015 Mansfield-Metcalf Dinner in Helena earlier this year. 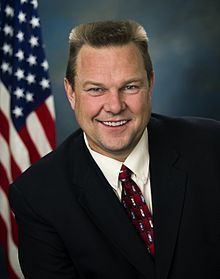