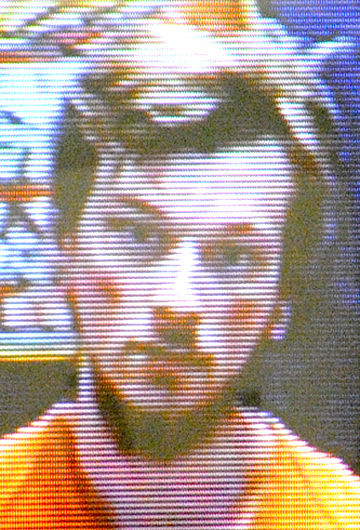 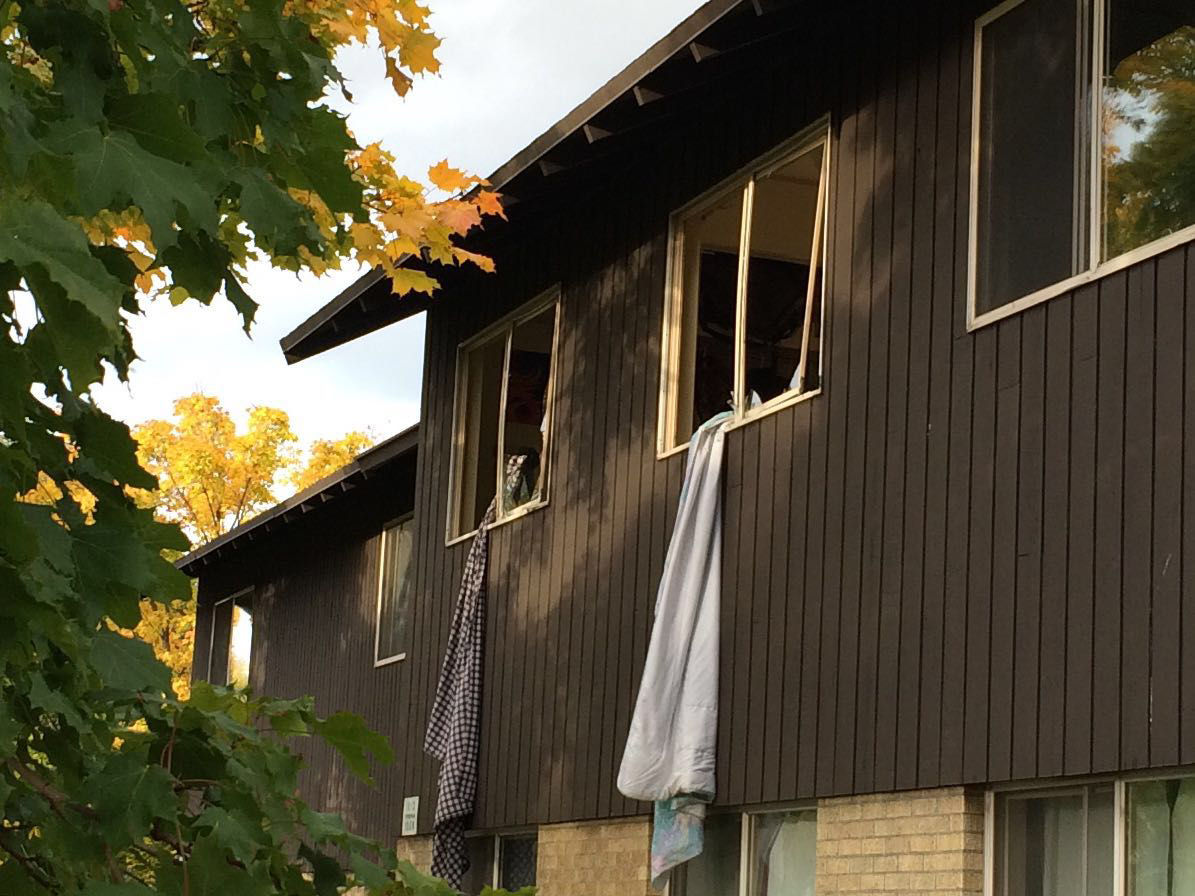 An explosion has blown out windows in an apartment near the University of Montana golf course on Yreka Court.

The Missoula man who allegedly caused an explosion at a university apartment Sunday afternoon in an attempt to extract hash oil from marijuana will remain in Missoula County jail pending $50,000 bail.

Austin is not a University of Montana student, but was living in the residence with Virginia Ervin, who is a student at the university, and Ervin’s 19-month-old child. All three occupants were injured in the explosion and were treated at a hospital for second- and third-degree burns.

As of Tuesday afternoon, a misdemeanor charge of child criminal endangerment was filed against Ervin, who apparently stayed in the residence with her child when Austin started the dangerous – and illegal – process of using butane to extract hash oil. The complaints filed against the pair allege Ervin knew that Austin had been injured extracting hash oil in the past.

According to charging documents filed by Deputy County Attorney Jason Marks, Missoula police and firefighters responded to the explosion around 4 p.m. Sunday at 1010 Yreka Court and found the apartment’s windows shattered and pieces of glass littering the lawn. Marijuana buds were also scattered around the apartment.

When firefighters entered the residence, they found and switched off a hotplate on the stove with a Pyrex baking dish on top. Police also observed a case of butane canisters sitting inside the apartment.

Upon entering the apartment, police found 1.67 pounds of marijuana, 8.3 grams of hash oil, a half-pound of psilocybin mushrooms, $2,200 in cash, a rifle, a respirator and two boxes of butane containers.

“Its been a productive day and its not over yet. I will have multiple kinds of edibles on deck by tomorrow. I also have 7 flavors on deck I hope by tomorrow it will be 8 or possibly 9. Stoked. Grind hard friends because hard work does pay off,” he wrote.

When Austin was interviewed at the hospital, he denied his involvement with the production of hash oil, claiming that he had ceased producing the substance after he set a shed on fire.

“Austin claimed that a gas leak must have caused the explosion,” the affidavit stated. “He said that the cases of butane in the apartment were because he buys in bulk to refill his lighter.”

But Ervin admitted that Austin had been using butane to extract hash oil from marijuana at the time of the explosion. She told police that she normally leaves the apartment when he extracts the hash oil, but this time she was tired and took her daughter into the other room to watch television.

About 15 to 30 minutes after Austin started the process, she heard a loud “whoosh sound” and looked up to see the kitchen on fire. Her hair and her child’s hair caught fire in the explosion, the affidavit stated.

Austin appeared without an attorney during his initial appearance Tuesday. He told Justice of the Peace Karen Orzech he wanted to get a job and become a “productive member of society.”

“I’m just not currently happy with my position in life, as the choices I have been making, so I want to change that,” he replied. “And it’s not just because I am in jail.”

If he is released, Austin is prohibited from contacting Ervin and the child. Orzech also ordered him not to return to 1010 Yreka Court.

Missoula police have released the name of the man who was involved in an explosion in a second-story University of Montana student housing complex Sunday afternoon. Patrick Wayne Austin, 24, is in police custody on a $20,000 burglary warrant and is suspected in the explosion.

3 injured in explosion at UM housing; police mum on cause

An explosion Sunday blew out three windows in a second-story apartment near the University of Montana golf course on Yreka Court, and injured …

An explosion has blown out windows in an apartment near the University of Montana golf course on Yreka Court.