Exactly 25 years ago on April 3, 1996, the lives of everyone in the isolated little community of Lincoln would be thrown into the white-hot glare of the international media spotlight.

A bearded loner who often biked around town was arrested at his ramshackle cabin that day by FBI agents. The world would soon have an insatiable curiosity about how Theodore Kaczynski had undertaken a murderous mail-bombing campaign from this rural Montana outpost.

He was "The Unabomber" to people reading the New York Times, but to everyone in Lincoln he was "Ted," the guy who ate rabbits and lived without power or running water.

In the days that followed, Lincoln residents were stunned to learn that it was Ted who had killed three people and severely injured 23 more in a nationwide terror campaign between 1978 and 1995. Kaczynski's victims would open a package from their mailbox, only to find themselves blown to bits or suffering from lost limbs and a face full of shrapnel.

He had successfully outrun the FBI for almost two decades, but eventually his brother recognized his prose in one of his screeds published in the New York Times and Washington Post in 1995. One of the most wanted men in America had been hiding in plain sight all those years just a little over an hour east of Missoula.

Missoulian photographer Tom Bauer and I traveled to Lincoln in 2016 for the 20th anniversary of Kaczynski's arrest. This story is a look back at our visit and our reporting.

Many of the same people who lived through those wild few weeks after the arrest were still in Lincoln and had clear memories of Kaczynski and the media circus that followed. Bauer was able to photograph many of the people who were directly connected to Kaczynski, and we've shared those pictures here with this story.

I was struck by how gracious everyone was in Lincoln. We didn't meet a single person who didn't want to talk and share their stories, even though almost everyone remembered being fairly annoyed by the events that had unfolded back in 1996.

Gehring lived with her husband, Butch, just down the road from Kaczynski for more than a decade.

Her husband's father sold Kaczynski the secluded property where he built a lookout tree and lived in the small shack. When we visited in 2016, the land was cold and covered in shadows cast by tall trees. It was easy to imagine someone being consumed by dark thoughts as we stood there in the cold.

The Gehrings had a sawmill next door and had brief interactions with Kaczynski.

"There would be times he would come up to the house and peek through the windows at me and ask what time it was," Wendy Gehring said. "He was a creeper and he was rude. I was a woman, you know, and he didn't respect women, I don't think."​

They often heard explosions coming from the woods, but Butch was a pilot and just chalked it up to sonic booms. Nobody ever imagined quiet Ted was building bombs back there.

The arrest was a shock for rural Montana. Television crews with satellite trucks pulled in and started asking everyone in town what they knew about Kaczynski. Gehring got calls from Larry King at CNN, the BBC and ABC's "Nightline."

"The only thing I thought was the weirdest was you got to see how backstabbing the industry is to get a story," Gehring said. "I had a gal from 'Good Morning America' proposition my husband right in front of me. She was like, 'Anything to get a story.' A CNN helicopter tried to land in our driveway. But I'm pregnant and there's gravel pieces shooting at our window, and I have a 3-year-old girl. So I had to go out with a shotgun and let them know they're not here for coffee. I was on CNN a couple times for not behaving nicely. So it was crazy."

Sherri Wood, the local librarian, was nice enough to chat with us about her memories of checking out books to Kaczynski when he'd ride his bike into town. She remembered being shocked by his arrest, because she'd always joked around with him. She got a little defensive when reporters told her he was a murderer before he'd even had a trial.

"But I said 'Well, he's not the first person to get arrested as the Unabomber and they had to let the other ones go," Wood recalled in 2016. "So let's wait and see.' They'd get really snotty and act like I was a stupid country hick. They were really rude."

Everyone wanted to get a scoop on the story in those first few days.

"This whole town was just full of reporters," Wood said. "I mean you could not go to the grocery store, you could not go to the post office. Every building was filled with reporters asking people questions. If you went and had a cup of coffee and you were a tourist, they'd sit down and start asking the tourists, 'How do you feel about this?' That's kind of how it went the whole time they were here."

A Missoulian photographer at the time, Michael Gallacher, landed a photo of Kaczynski glaring into his lens on the cover of TIME magazine.

Jerry Burns was a U.S. Forest Service law enforcement officer in the Lincoln area who was recruited by the FBI several weeks before the arrest to help. He still lived there when we visited, and showed us old pictures from the time.

Burns was there when FBI agents made the arrest.

"Poor Ted had been eating snowshoe rabbits and didn't weigh much, and the adrenaline was flowing in me so I had to grab at his wrist at the door, and out he came," Burns said.

Inside his shack, agents found a loaded pistol by the door and a "suicide ring" that was supposed to be attached to a bomb so it could be pulled easily and go off. They also found journals and lots of bomb-making equipment.

"For a person who wanted a lot of secrets, he kept lengthy diaries of day-to-day activities and bombings," Burns told us. "Some were written in code that the FBI took to the CIA, and they said they hadn't seen anything like that since the Cold War. He was pretty much a cowardly assassin."​

Teresa Garland worked at Garland's Town and Country, a mercantile where Kaczynski would buy random items. She told us it bothered her that the media portrayed Lincoln as a backwater where psychopaths can hide from society.

"Here's the deal," she told us. "There's zillions of small towns all over the United States. I tried my very level best to keep saying that, to keep everybody centered on the idea that Ted could have gone anywhere. Of all the little towns in Montana, Ted had chosen to buy that property with his brother David. It was a collision of the stars why it was Lincoln."

"There's fine people here," she told me. "There are still quiet, reclusive people that come to places in rural whatever and live their life. We don't hold any sort of an award for weirdos.​"

Today, Kaczynski resides in a federal prison in Florence, Colorado.

The European-style breakfast eatery is open to the public and the AC Lounge has a full liquor license and welcomes locals.

Heather Harp said she could hardly believe it when she opened the ordinary white envelope.

Like almost everything else in the world, the much-anticipated public opening of the new $37 million Missoula Public Library endured a lengthy delay due to the pandemic. 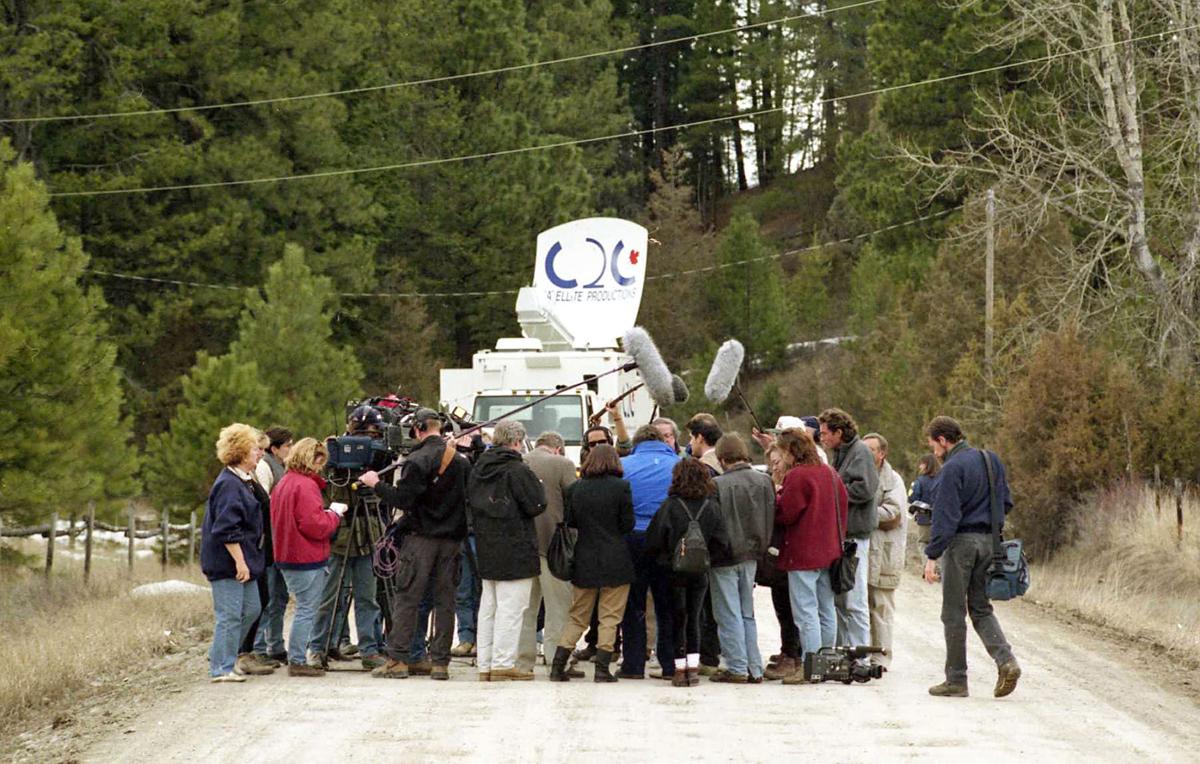 A throng of media congregate on Stemple Pass Road a few days after Theodore Kaczynski's arrest in April 1996. 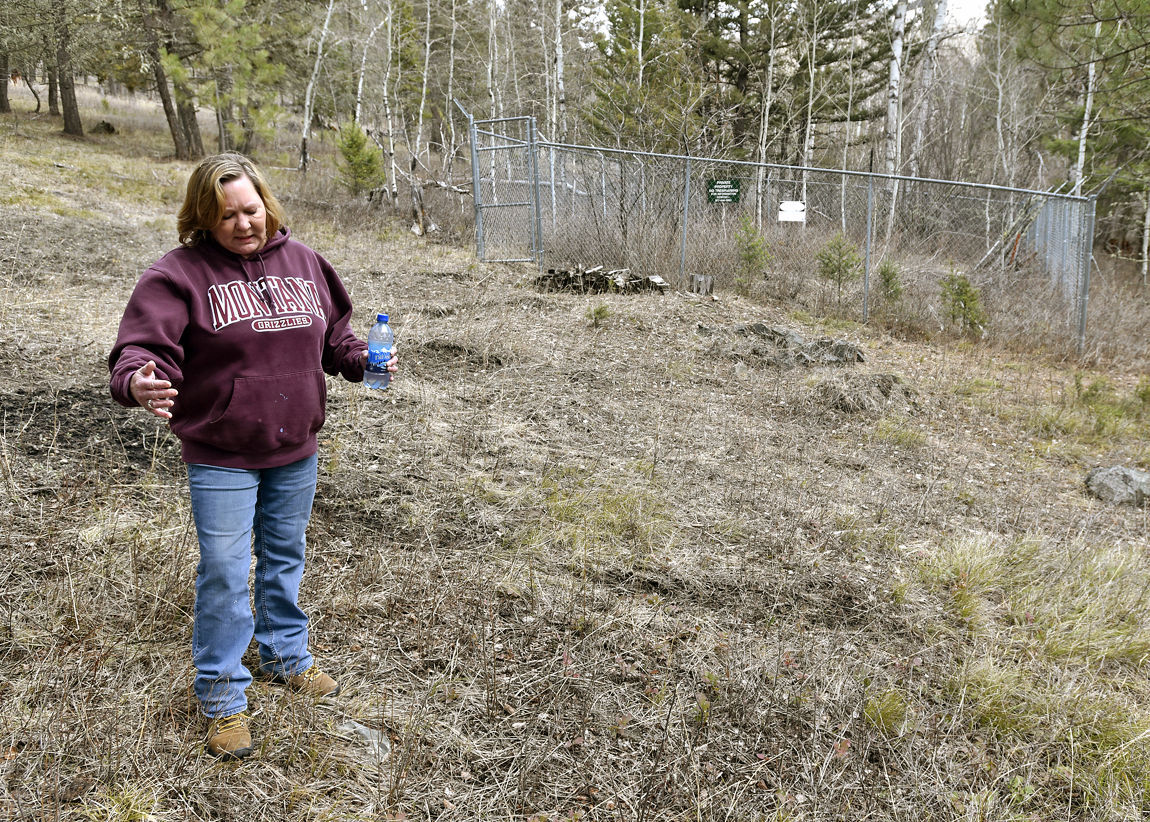 Wendy Gehring stands on the property formerly owned by Kaczynski on Stemple Pass Road outside Lincoln in 2016. A chain-link fence still surrounded the site where Kaczynski's cabin stood. 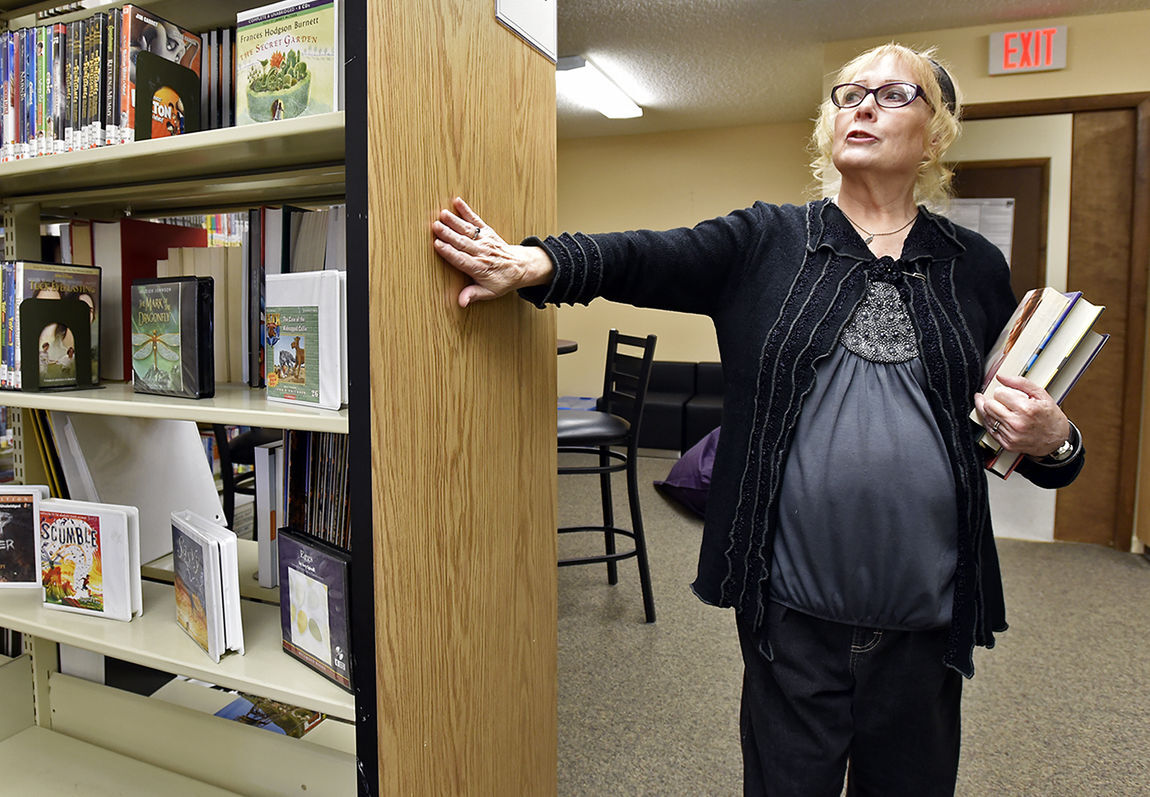 Sherri Wood, now retired as Lincoln's librarian, recounted in 2016 the frenzy that descended on the town when Ted Kaczynski was arrested as the Unabomber. Wood knew Kaczynski from his frequent trips to the library. 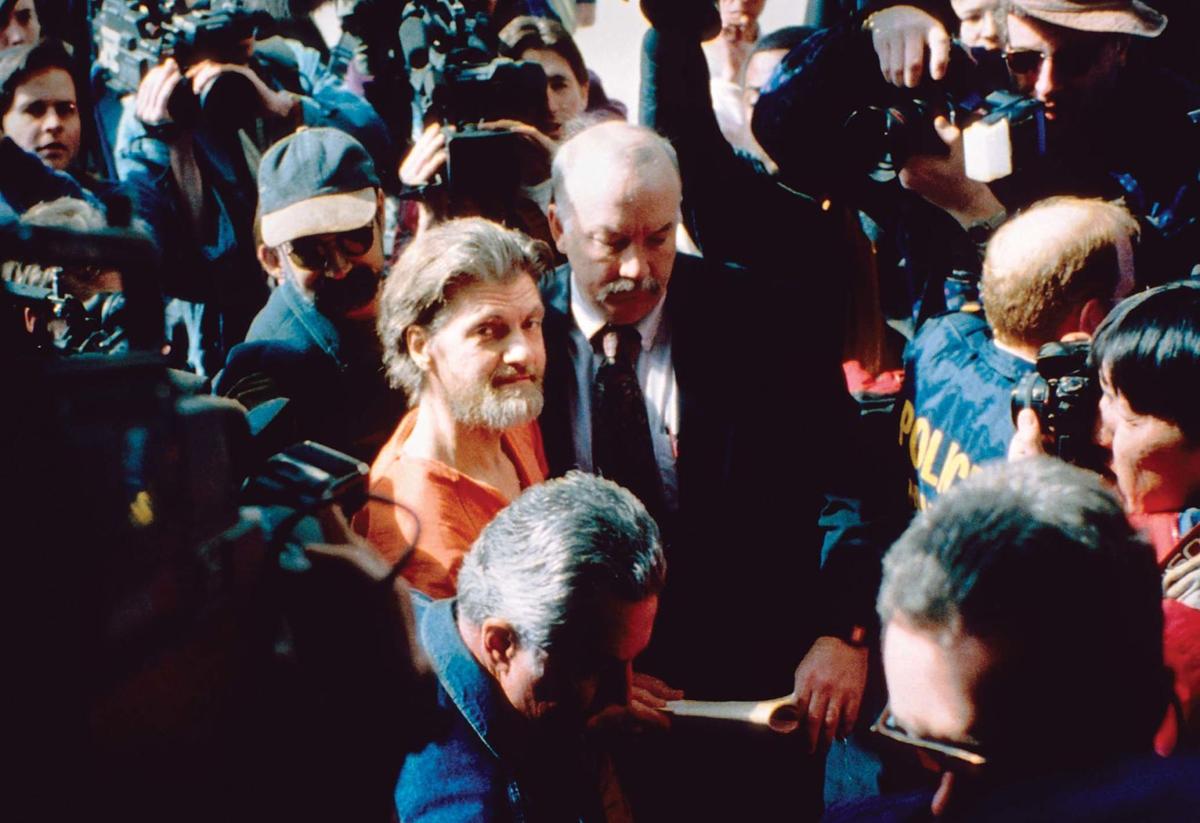 Theodore Kaczynski walks into the federal courthouse in Helena to be arraigned after being captured outside Lincoln in April 1996. 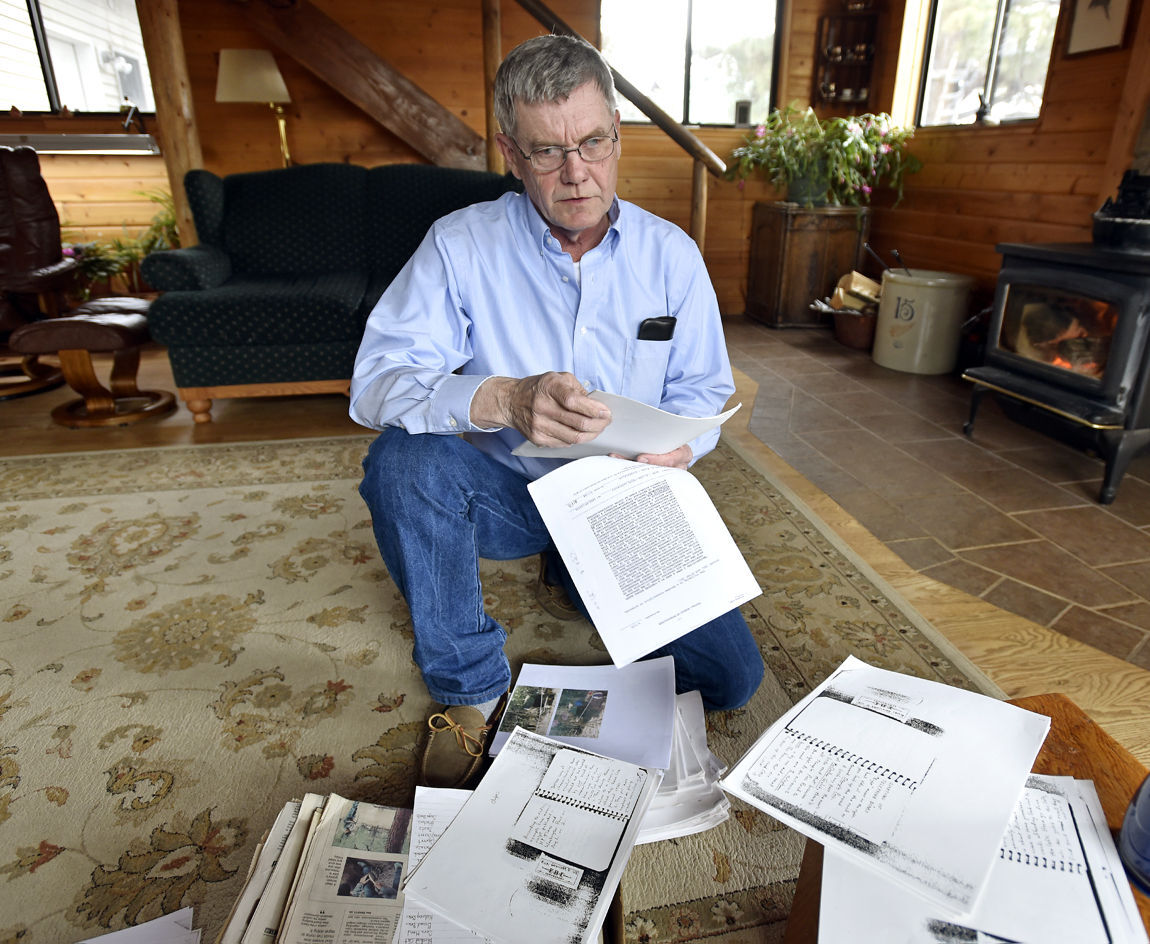 Jerry Burns, a retired U.S. Forest Service law enforcement officer, looks through a box of papers related to Kaczynski's arrest in 2016. Burns grabbed Kaczynski's wrist through the door of his cabin when undercover agents knocked on the day of the arrest. 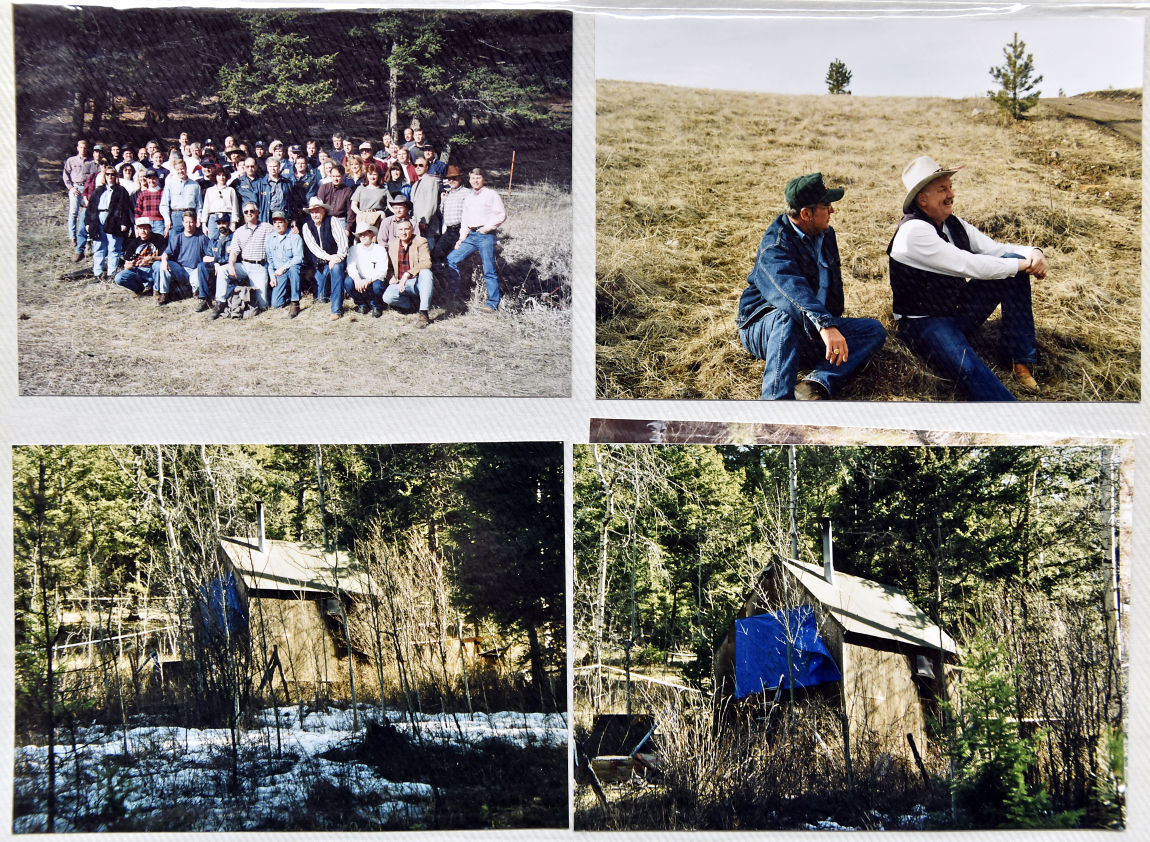 Photographs in Jerry Burns' album show the large number of people involved in Kaczynski's arrest, and the ramshackle cabin where he lived. 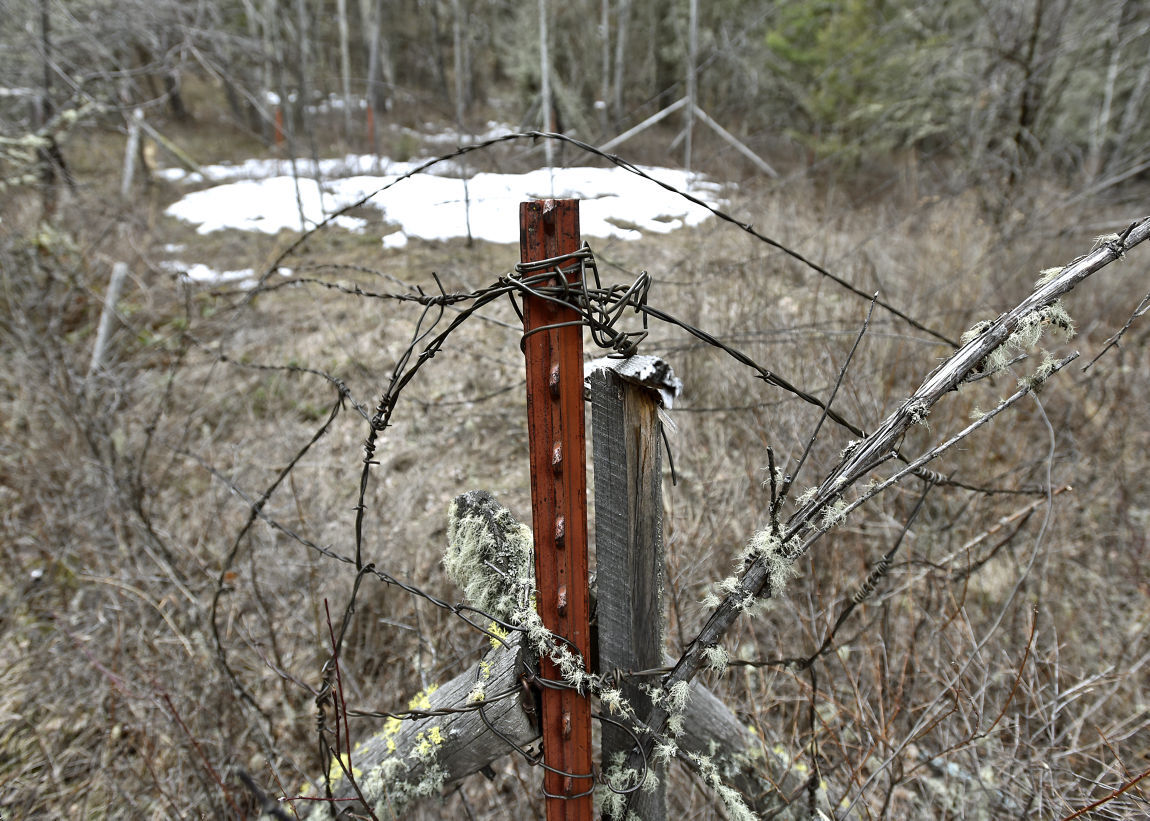 Twisted wire and a few posts remained in 2016 around the spot where Kaczynski tended a garden outside Lincoln. 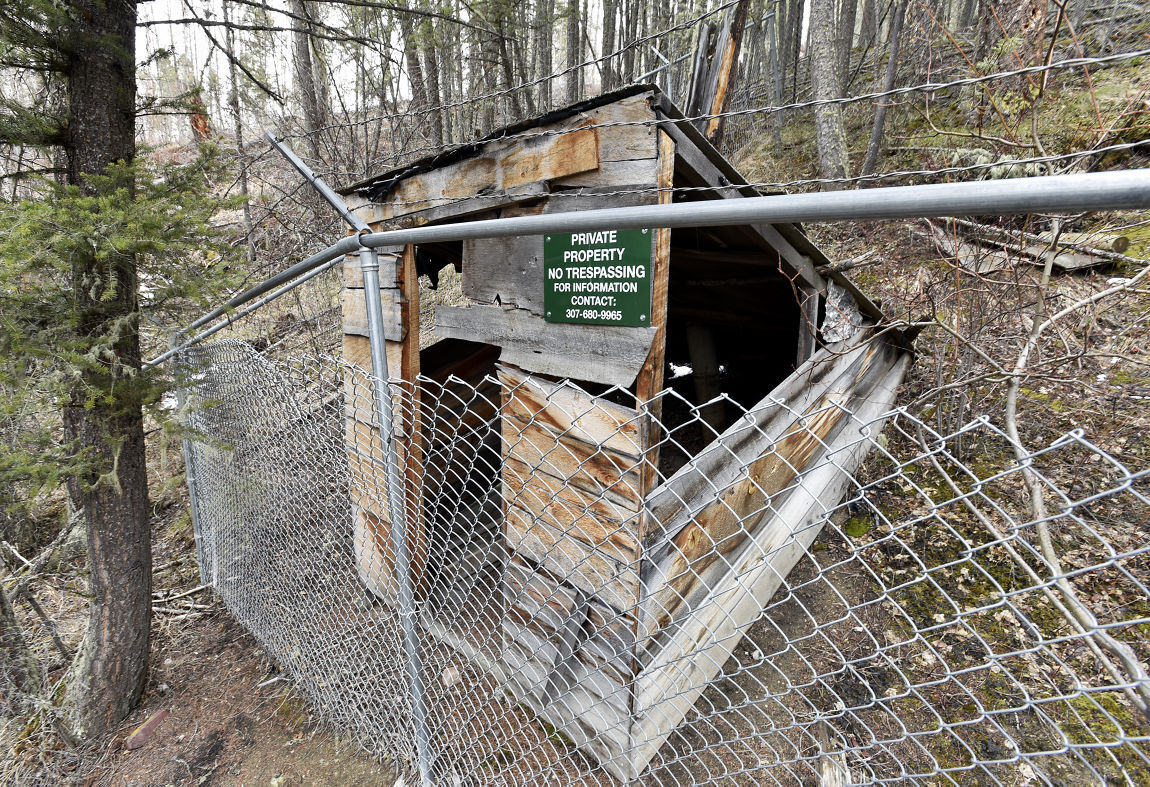