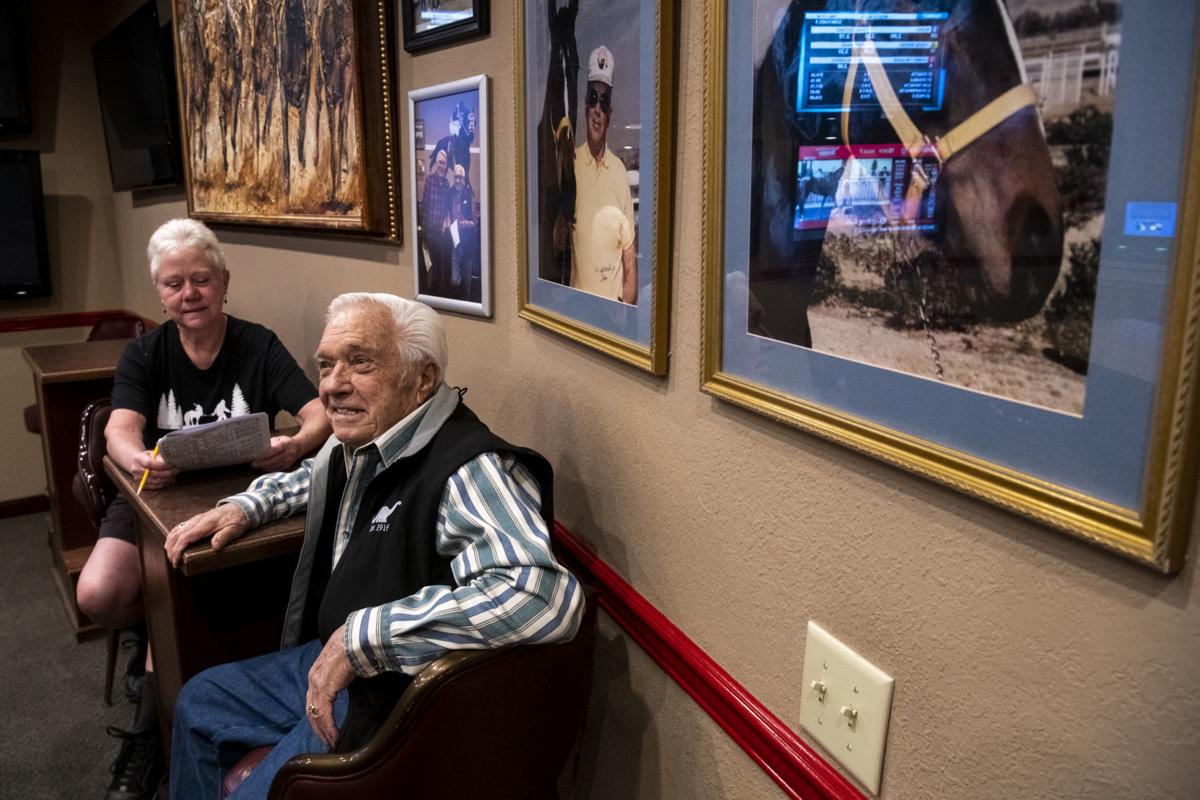 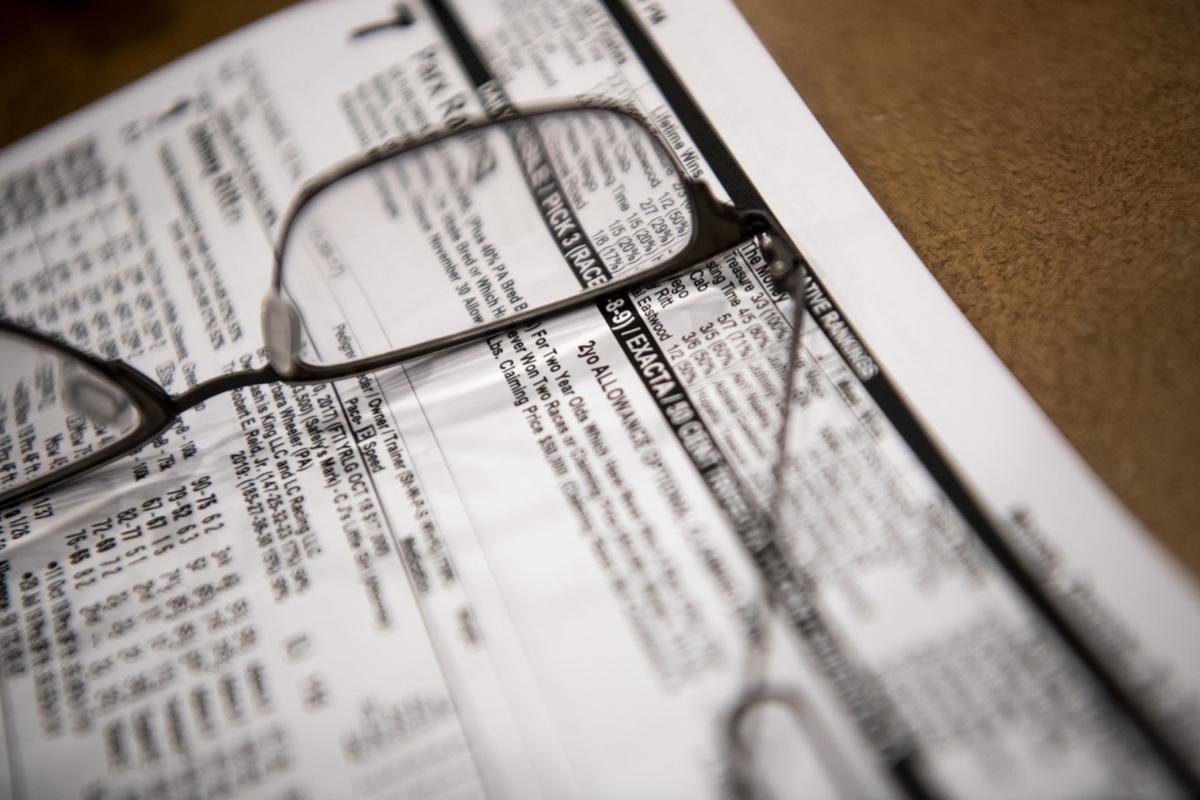 Another era in Montana horse racing comes to an end Tuesday when the statewide simulcast network goes dark.

He decided a couple of weeks ago not to renew his one-year contract with the Montana Board of Horse Racing that ends Dec. 31.

“Unfortunately, the bettors aren’t there any more to have a place like this, other than one day a year for the Kentucky Derby,” Alonzo said from Katie O’Keefe’s Casino in south Missoula. “The older guys who understood horse racing and knew how to bet on these machines are dying or moving away, and the younger generation isn’t into horse racing. They’re into betting on football, the fantasy sports.”

Katie O’Keefe’s is one of three off-track betting sites in Montana that will close operations after Tuesday, along with the Halftime Sports Bar in Great Falls and The Enterprise Casino in Billings. Locations in Helena, Kalispell and Miles City were closed earlier this year as expenses continued to outstrip revenue.

Tom Tucker of Corvallis, the mastermind of Montana off-track betting when it was perennially in the black years ago, said the picture isn’t completely grim.

“It (simulcast racing) is going away from the standpoint that Nick’s not doing it. We’re hoping that somebody else might pick it up,” said Tucker, executive secretary of the board of racing, which regulates both live and simulcast racing in the state under the auspices of the Department of Commerce.

Simulcast racing was a key contributor to purses at the few live race meets remaining, which in 2020 will consist again of three days in May in conjunction with the Miles City Bucking Horse Sale and five dates in July in Great Falls before and during the Montana State Fair. Tucker said it contributed about one-third of the purses and expenses in Great Falls.

At its November meeting, the racing board locked in $100,000 of state funds for Great Falls and $50,000 for Miles City for the coming year, Tucker said, so even if no simulcast operator surfaces, those live races will go on.

The natural successor to Alonzo in Missoula would be an operator in Great Falls, which with the backing of Cascade County Commissioners and the energy of the Great Falls Turf Club, has staged successful summer meets for the last several years.

“I’ve talked to a few different entities, but it’s a tough situation just because the costs have gone up so much and the handles are really tough to pay the bills with,” Tucker said.

In a sense, the board of racing created its own competition when it received legislative approval for Advanced Deposit Wagering in 2008. It means registered bettors can stay at home and place bets on their computers rather than traveling to a bar to do it.

“What’s happened is our Advanced Deposit Wagering has been creeping up and the simulcast thing has kind of creeped down,” Tucker said. “If you take the wagers from advanced deposit and add it to the simulcast, we’re still handling about what we used to handle 20 years ago.”

“Not everything’s a black cloud here. We’ve got to assume a good percentage of those people going to simulcast outlets will probably look at going online,” Tucker said. “But my opinion has always been we want simulcast out there just from the standpoint that you don’t create new fans or new players by being online. That’s one of the reasons live racing is so important.”

Alonzo’s decision to get out of the simulcast business began formulating after the 2019 legislative session. He and his son Taylor, with Tucker’s support, introduced a bill that would have tied in the new sports betting system with the Board of Horse Racing’s simulcast network.

As Alonzo explained it, the current tote machines at venues like Katie O’Keefe’s would have accommodated pool bets on football games and other non-racing sports.

“It would have been the saving grace of horse racing in Montana,” he said.

The bill sailed through the house and, according to Tucker, “it looked like it had a great chance to pass the senate. Then all of a sudden, boom, it didn’t.”

A separate bill to turn the sports wagering over to the Montana Lottery did pass, and Gov. Steve Bullock signed it. The program, called Sports Bet Montana, opened applications earlier this month for qualifying bars and taverns to offer the wagering on collegiate and professional sporting events. Training will begin and betting kiosks are expected to be moved into locations in early 2020. Alonzo said he won't be applying.

His news comes close on the heels of good tidings for the racing industry. In November, with the help of simulcast contributions, the Board of Horse Racing paid off the last of a loan of more than $628,000 it borrowed in 2012. That erased the debt three years ahead of schedule and stirred talk of expanding live racing dates and reopening tracks in places like Billings and Kalispell, Tucker said. With that still in mind, he is drafting a bill to be introduced in the 2021 legislature to create another form of horse racing wagers. Historical Horse Racing (HHR), once known as “instant racing,” determines the winner of a single state pool using results from as many as 10,000 past races.

Tucker said HHR saved Oaklawn Park in Arkansas and generated more than $3 billion in new wagering in Kentucky since 2011, where revenues went to the state general fund. When it was introduced in Wyoming, live racing days went from zero in 2010 to 20 in 2014 and 32 in 2015.

“It’s mind-boggling the effect it has had on the industry,” Tucker said.

Television screens at Katie O’Keefe’s broadcast just two live race meets on Monday, a traditional down day for simulcasting. Both Aqueduct in New York and Parx Racing near Philadelphia were running races in windy, rainy, sloppy conditions. Less than a handful of regulars were in the betting room inside the casino, perusing race programs and making their wagers on one of the two new United Tote machines. Manager Val Crossland demonstrated the ease of the machines' use.

Crossland supervised the pari-mutuel workers at the Missoula races before county commissioners closed racing down in 2006, and at a brief weekend revival in 2010. She does the same at Great Falls each summer. But after Tuesday, she said, she’ll be out of a full-time job at Katie O’Keefe’s.

Alonzo said there’ll be a get-together of local simulcast regulars on Tuesday as Aqueduct, Parx and greyhound races at Wheeling, West Virginia, are broadcast on the screens.

“The whole idea was to keep live horse racing going. Now the Board of Horse Racing is going to have to figure out a different way to fund purses.”

It’s been a long time since horses trotted out of the Missoula County Fairgrounds paddocks onto the racetrack. The chances of it happening aga…