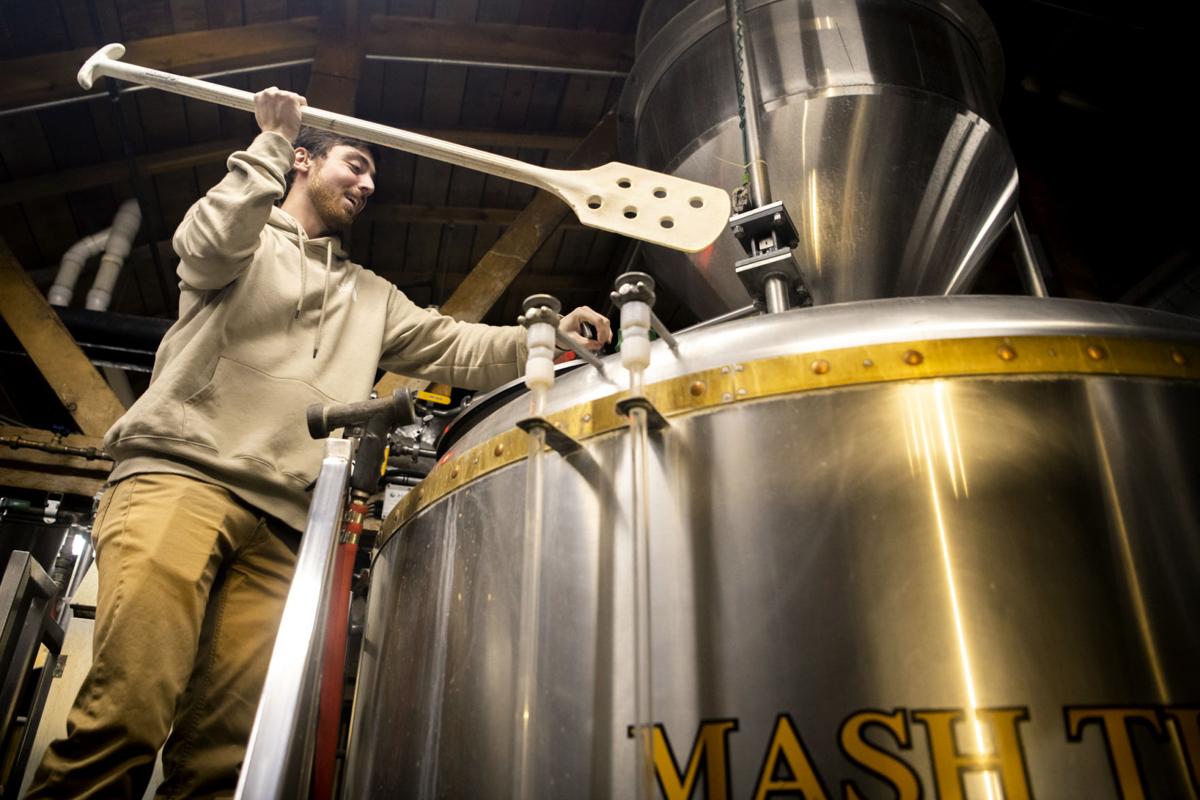 Hunter Rock, a student of the University of Montana’s Brew Science certificate program, shows the process that the students used to brew their collaborative beer with Draught Works. 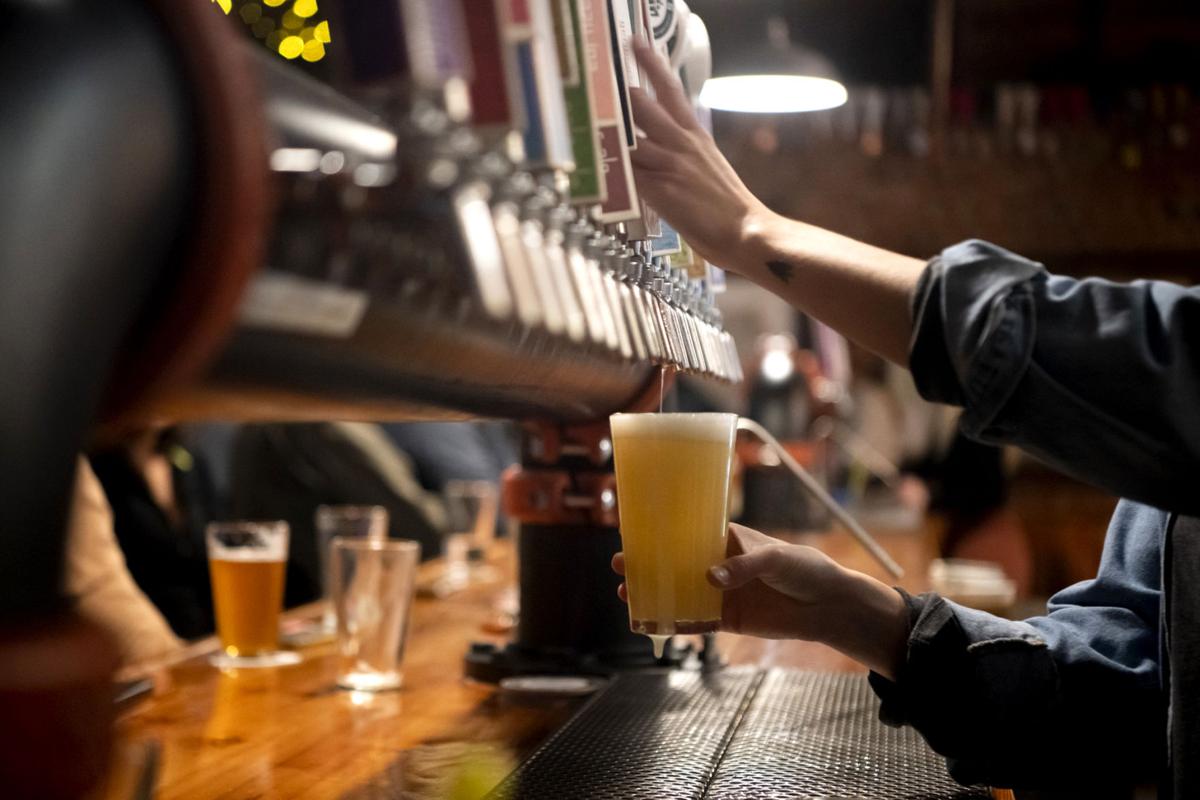 The Brauenbären, a German-style hefeweizen, is a collaboration between Draught Works and the University of Montana’s Brewing Science certificate program. 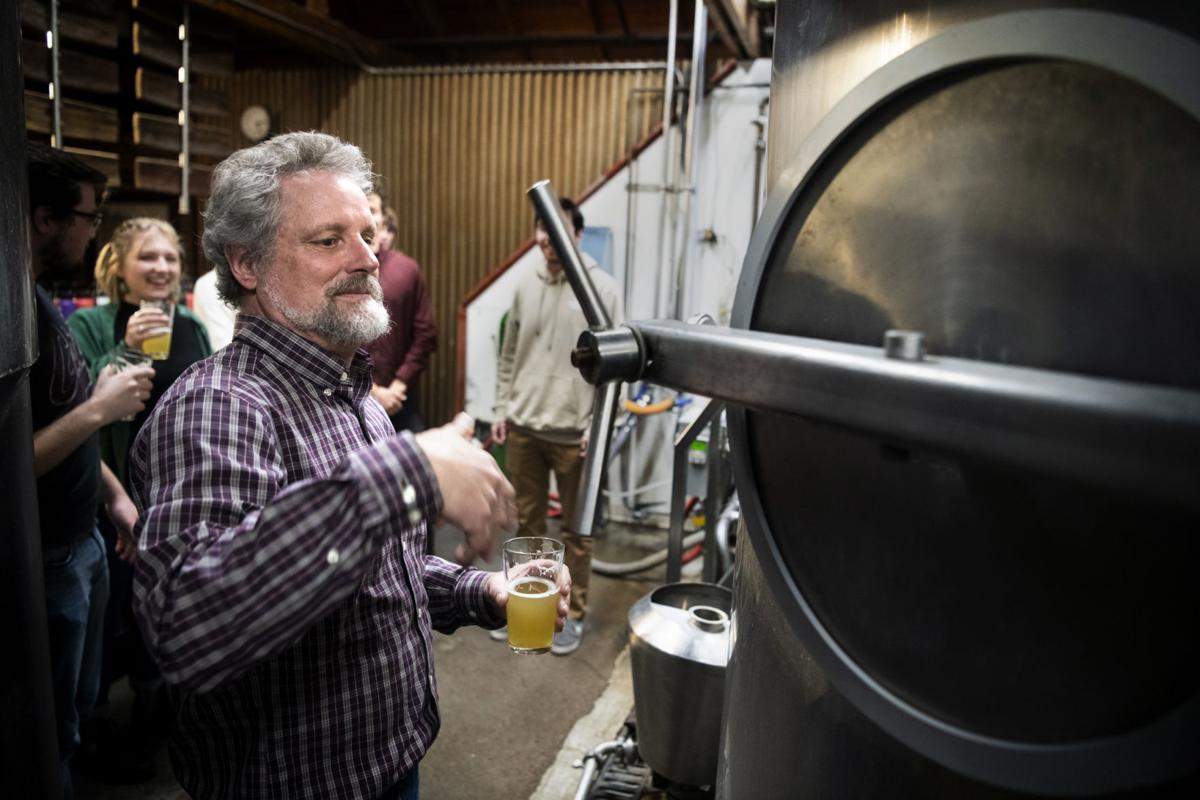 Chris Palmer is the professor of the University of Montana Brewing Science certificate program.

Brauenbären, which means “brew bears,” is a German-style hefeweizen crafted by students in collaboration with brewers at Draught Works.

“We’re learning the very hard science behind it all, which I think is very cool,” said Lillian Vaughn, a student pursuing the certificate.

The class decided together on the type of beer and the recipe they’d use for the brew. After debating whether they should make a more traditional beer or try something “crazy,” they landed on the German-style hefeweizen.

Selecting the hefeweizen was the best of both worlds because it is considered traditional, but “one of the more difficult brews to get right,” said professor Chris Palmer.

Their result was a crisp and refreshing beer that is pale straw in color, made with Montana Craft Malt.

Palmer launched the certificate this fall after having conversations with the university and the local brewing community about how they could build partnerships. Many of the initial conversations were held with staff at Draught Works, but Palmer hopes to collaborate with other local breweries in the future.

The certificate requires 17 credits to complete in a variety of introductory chemistry and biology classes as prerequisites to joining the introduction to brewing science and brewing science courses.

Many students pursuing the class said they decided to enroll in the certificate program because it paired well with their majors and they’d already completed the prerequisites. Several are pursuing chemistry degrees, while others are seeking degrees in teaching, genetics and ecology.

“I also thought that if my major didn’t work out for me down the road it would be a good place to go,” Rylee Markham said.

What the students all had in common, though, is a love for craft beer.

“The cool thing about this class at this stage when you’re juniors and seniors is that it really is applied chemistry, biochemistry and microbiology,” Palmer said. “All the things that you’ve learned in the classroom that have been kind of theoretical are suddenly in the glass.”

The opportunity to apply those sciences in a digestible way is one of the major takeaways for student Jameson Boslough.

“I’m actually in the teacher education program for biology and chemistry teaching and I’ve just been thinking about applying tangible and relevant aspects of this class to actually teaching things in a more interesting and engaging way,” Boslough said.

Vaughn, who is graduating from the university this semester, will walk away with a slew of academic accomplishments in the form of degrees and certificates. But the one that has caught the most attention from her graduation announcements is her brewing science certificate, she said.

Over the last semester students in the class have engaged with a professional beer taster and toured several local breweries. The class looked at Big Sky Brewing Company as a large-scale production, Draught Works as an intermediate and Great Burn Brewing as a small scale.

“All the microbreweries in town have been very supportive,” Palmer said. “It’s been a good connection.”

The beer-tenders at Draught Works weren't sure how long the limited edition German-style hefeweizen would be on tap, so if you'd like to try the UM student-brewed beer, stop in soon.

Although I've only been with the Missoulian since May, it was still challenging to narrow down my top five favorite stories from this year. In…

COVID cases are dwindling after peaking at nearly 3,000 active reports at the end of October, according to county data.

More precipitation is expected over the next seven days and temperatures will dip below freezing as the week progresses.

“The bottom line is that for us to best do our jobs, we need you to be doing yours,” the superintendents wrote in the letter.

'It is time we voice our dissent': Four more school superintendents criticize Arntzen

The new associate of science degree in paramedicine began last fall after a change in national accreditation standards required more support and infrastructure.

Hunter Rock, a student of the University of Montana’s Brew Science certificate program, shows the process that the students used to brew their collaborative beer with Draught Works.

The Brauenbären, a German-style hefeweizen, is a collaboration between Draught Works and the University of Montana’s Brewing Science certificate program.

Chris Palmer is the professor of the University of Montana Brewing Science certificate program.