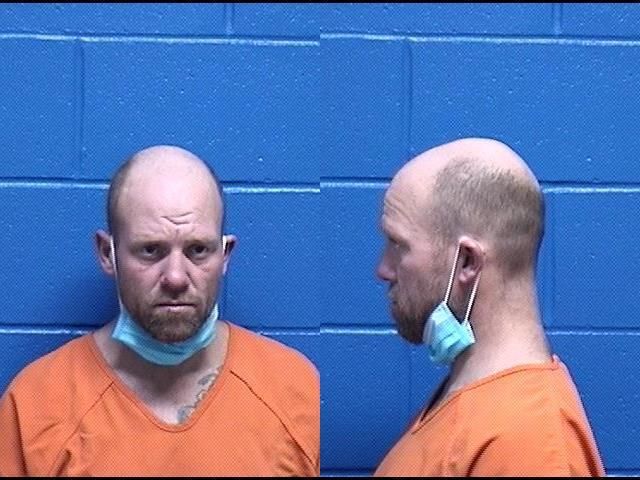 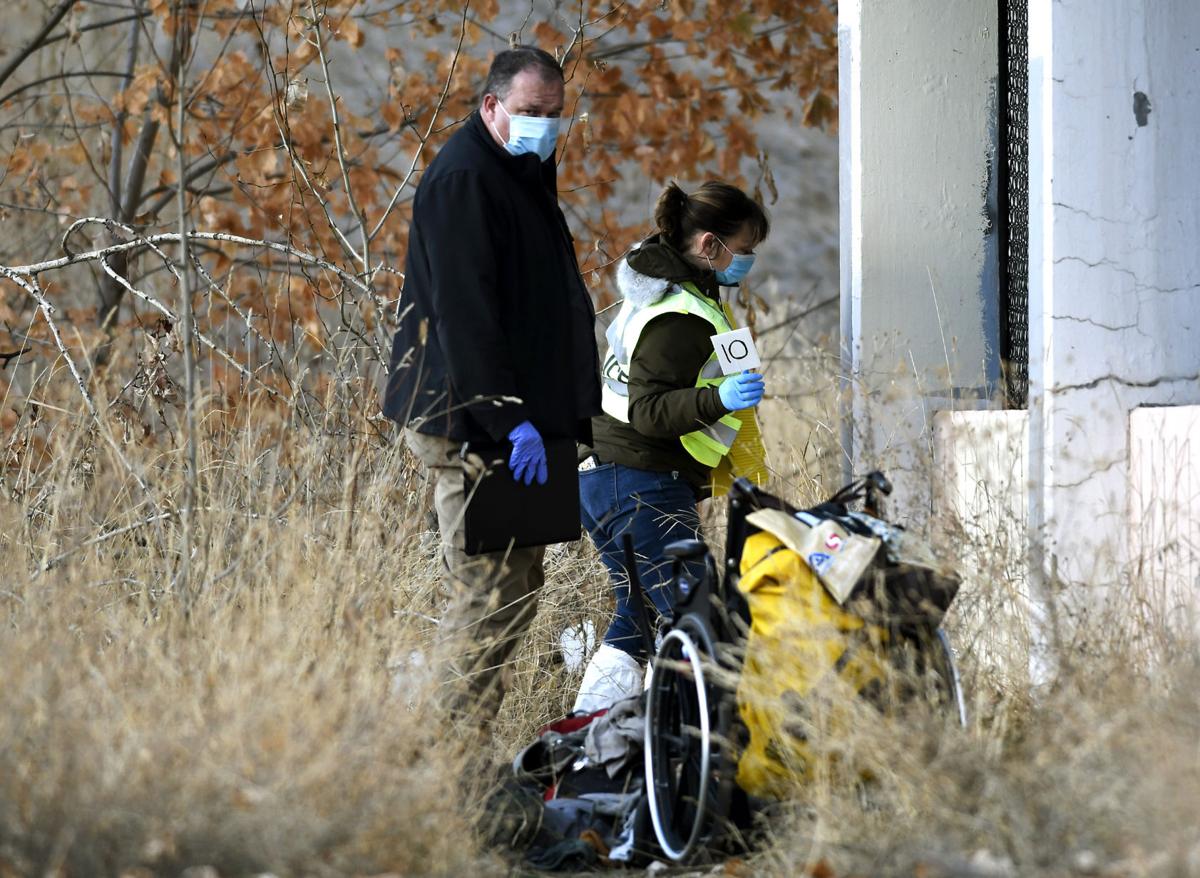 Charles Michael Covey, facing a deliberate homicide charge in connection with the murder of a man in downtown Missoula last Friday, is being held on a $1 million bond.

Covey appeared in Missoula County Justice Court on Wednesday via video feed following his arrest by the Missoula Police Department. On Nov. 20, a passerby found the body of 65-year-old Lee Roy Nelson along the river trail on the north bank of the Clark Fork River near the old Western Montana Clinic building.

In an affidavit of probable cause, a witness said he had seen the defendant pushing Nelson in a wheelchair and saw Nelson fall out of it. The witness added he then heard four to five blows that sounded like "a hollow metal pipe being violently struck against something." Another witness described finding Nelson's body with a large bleeding wound on one side of Nelson's face and scalp with pieces of brain or skull and nearby blood spatter on a concrete wall.

Justice of the Peace Alex Beal said the nature of the current allegations, previous violent offenses by Covey, and number of times the defendant had failed to appear in court in the past warranted the state's request for a $1 million bond.

Beal described the crime as "quite frankly one of the more violent and heinous accusations I have heard."

After Beal described Covey's rights, the judge also requested to appoint a public defender to represent Covey. Covey agreed, and Beal said he would need to fill out some paperwork. In response, Covey held up his cuffed hands and said he would have difficulty.

"I have frostbite on my fingers. Even before this whole accusation," Covey said.

Covey had said his address was the Poverello Center shelter, but in setting conditions for release, Beal said the defendant was not to go to the Poverello Center. Should Covey pay bail, Beal said he also would need to refrain from any direct or indirect contact with the victim's family or witnesses described in the affidavit.

The affidavit of probable cause by deputy county attorney Brian Lowney described the deliberate homicide allegation, which is punishable with life imprisonment or not less than 10 or more than 100 years in the Montana State Prison.

Around 1 p.m. last Friday, a woman called 911 to report a man stretched out in front of a wheel chair, according to the affidavit. The court record said she saw the man's face covered in blood and his head appeared to be "bashed in."

When police investigated the scene, they saw the large wound on his face and scalp, and they saw blood spatter on a concrete wall, the affidavit said: "The spatter was low enough that it appeared Nelson's head was on or near the ground at the time the spatter was deposited."

The affidavit also said Nelson had been wearing a hooded sweatshirt, which had two or three cuts "in the area of the trauma to Nelson's head." Police confirmed Nelson had spent the night at the Pov, and video captured him talking with the defendant Friday morning, according to the court record.

The same morning, the defendant was seen with a group of other males, where he allegedly handed one of the men a silver baseball bat or similar object, and the man "appeared to be testing it by swinging the bat-style object around," the affidavit said. The Pov is less than half a mile from the scene of the homicide.

Another witness said he heard yelling when he was walking his dog on the south side of the Clark Fork River. When he looked, he saw the defendant pushing Nelson in a wheelchair and heard the victim yelling "stop," the affidavit said. The witness saw Nelson fall out of the wheelchair and then saw Covey lean over him "in a crouched position," and he heard the strikes, the court record said.

After police showed them surveillance pictures, several staff and clients of the Pov identified the man who had interacted with Nelson at the shelter as the defendant, although he had been using a different name, Jesse James, the affidavit said. Officers also noted the man "bore a striking resemblance" to a suspect in an earlier crime, also Jesse James, or Jesse Nitcy, the court record said.

In court, Lowney said Covey had been using a different name and faced charges of identity theft.

According to the affidavit, officers investigating the homicide also realized that other Missoula Police Department officers had interacted with the defendant four days after the homicide when he was reported at the Pov for allegedly grabbing another male Poverello client's wheelchair and attempting to "tip him over," the court record said.

In an interview with Detective Guy Baker, the defendant eventually admitted he had had contact with Nelson, and he said he had been trying to "bum" cigarettes from him, "but that Nelson had an attitude with him," the affidavit said. "The defendant denied touching or pushing Nelson's wheelchair, despite being confronted with witness statements to the contrary," the affidavit said. "The defendant denied knowledge of the homicide. However, the defendant told officers he threw the clothing he was wearing (Friday morning) in the trash shortly after the homicide ... because the clothes belonged to another person who wanted them back."

In court, Lowney said Covey was a danger to the community, and one previous charge, since resolved, was attempted aggravated murder in Oregon in 1996: "He has an extremely violent history." He also said Covey has been a fugitive of the law and is at a high risk of not making court appearances. His next court appearance is 9 a.m. Monday, Dec. 7, in Missoula County District Court.

In a statement, Missoula Police Chief Jaeson White said the Police Department would like to thank and acknowledge the community members "who recognized the severity and urgency of this incident that came forward to provide valuable surveillance video and statements."

"On behalf of the Missoula Police Department, our deepest condolences to the family of Mr. Nelson," White said in a statement.

Nine National Guard soldiers contracted the virus during the mission, which began Oct. 26, about two weeks after confirmed cases began festering at the prison outside of Deer Lodge.

Post-Thanksgiving travelers should see mild weather conditions this weekend, which won't help big-game hunters on the last days of the 2020 season.

"Deputies responded and confirmed that the discovery was a decomposed and partially skeletonized female body."

The father of a man charged with deliberate homicide in Missoula is asking for his son to receive the maximum penalty.

Part One: Just before Thanksgiving, two Missoula lives intersected in a most traumatic way. Who he was, and what she did, crystallize both the chaos and charity that have tattooed this unforgettable 2020.

Be here for each other: Murdered man's memorial highlights homelessness

No next of kin came to care for Lee Roy Nelson in death, but 50 people who called themselves his family came together just a few steps from where he died to say goodbye.