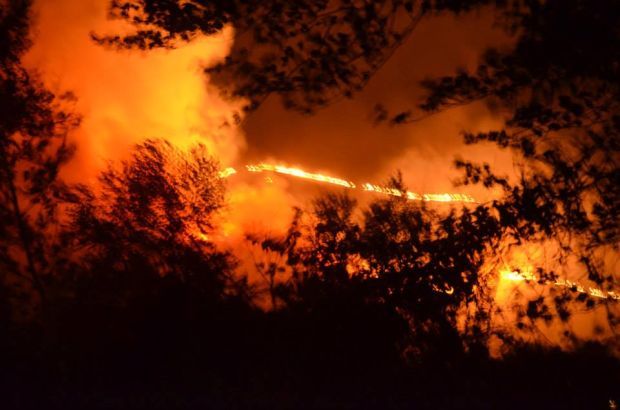 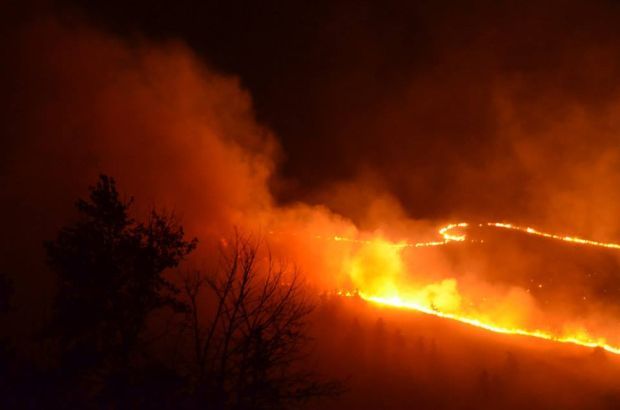 The nighttime view of the Upper Miller Creek fire, provided by the Missoula County Sheriff's Office, which has ordered precautionary evacuations on Oral Zumwalt Way. 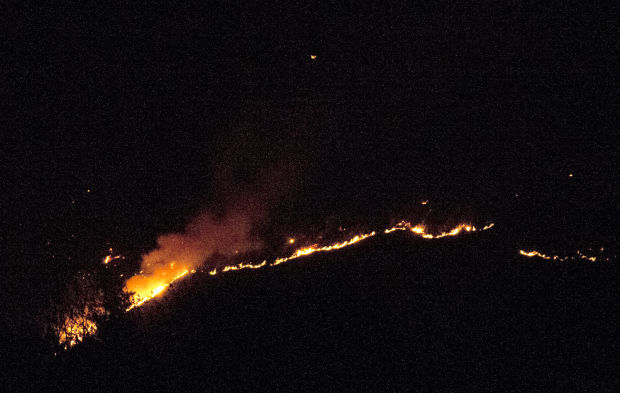 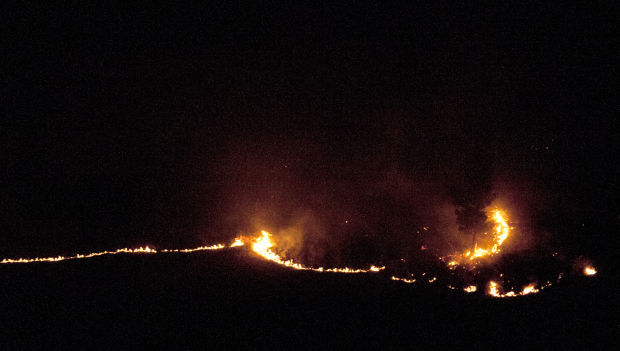 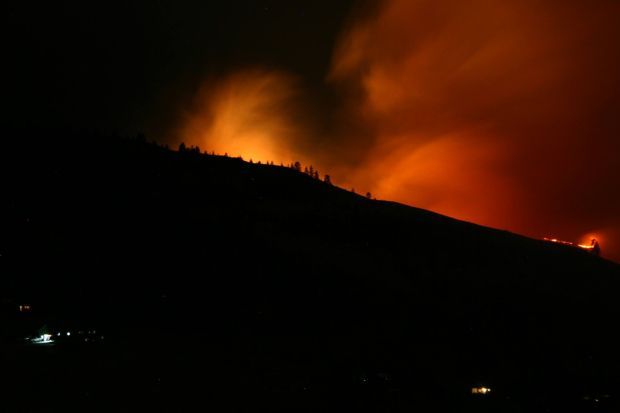 A 50-acre wildfire was ignited by lightning late Sunday. This photo was taken by Richard Huffman from Oral Zumwalt Way.

The nighttime view of the Upper Miller Creek fire, provided by the Missoula County Sheriff's Office, which has ordered precautionary evacuations on Oral Zumwalt Way.

A 50-acre wildfire was ignited by lightning late Sunday. This photo was taken by Richard Huffman from Oral Zumwalt Way.

At 10 p.m., evacuations were ordered on Oral Zumwalt Way as a precaution, should the wind shift and send flames toward homes, said Missoula County Sheriff Carl Ibsen, who was going door-to-door to notify homeowners.

At 11:30 p.m., the precautionary evacuations were extended to Trail's End Road up to and including Evans Ridge Road. Sixty homes were evacuated.

Ibsen said the flames were south of Miller Creek Road, east of the Bitterroot River and southeast of Trail's End Road.

Winds of 30-40 mph were pushing the fire south and east at the top of Trail's End Road - away from homes. But firefighters were extremely worried about what might happen if the wind shifted, Ibsen said.

"If it blows west, the potential is there for the fire to come over the top of the hill and into the housing development," he said.

Ibsen asked non-residents to stay away from Upper or Lower Miller Creek roads so fire equipment can get in and residents on Oral Zumwalt Way can safely leave the area.

Firefighters were first alerted to flames east of Lolo and east of the Bitterroot River about 9:10 p.m. In less than an hour, the blaze covered 50 acres and showed no signs of slowing.

At 6 a.m. Monday, Cindy Super, a spokeswoman for the Montana Department of Natural Resources and Conservation, said the fire burned actively through the night.

Super said the fire is being jointly managed by Montana DNRC and the Missoula Rural Fire Department, with evacuation assistance from the sheriff's office.

Additional resources will be available Monday to help fight the fire, she said. In addition, fire managers will fly over the fire "and should have a much better idea of the work ahead after seeing the fire in the daylight."

Reporter Betsy Cohen can be reached at 523-5253 or at bcohen@missoulian.com.

An evacuation order has been lifted for about 60 residents on Oral Zumwalt Way and the Upper Trail's End Road area south of Missoula.

Residents can now return to their homes, although all roads in the Upper Miller Creek area are open only to residents and wildland firefighters.