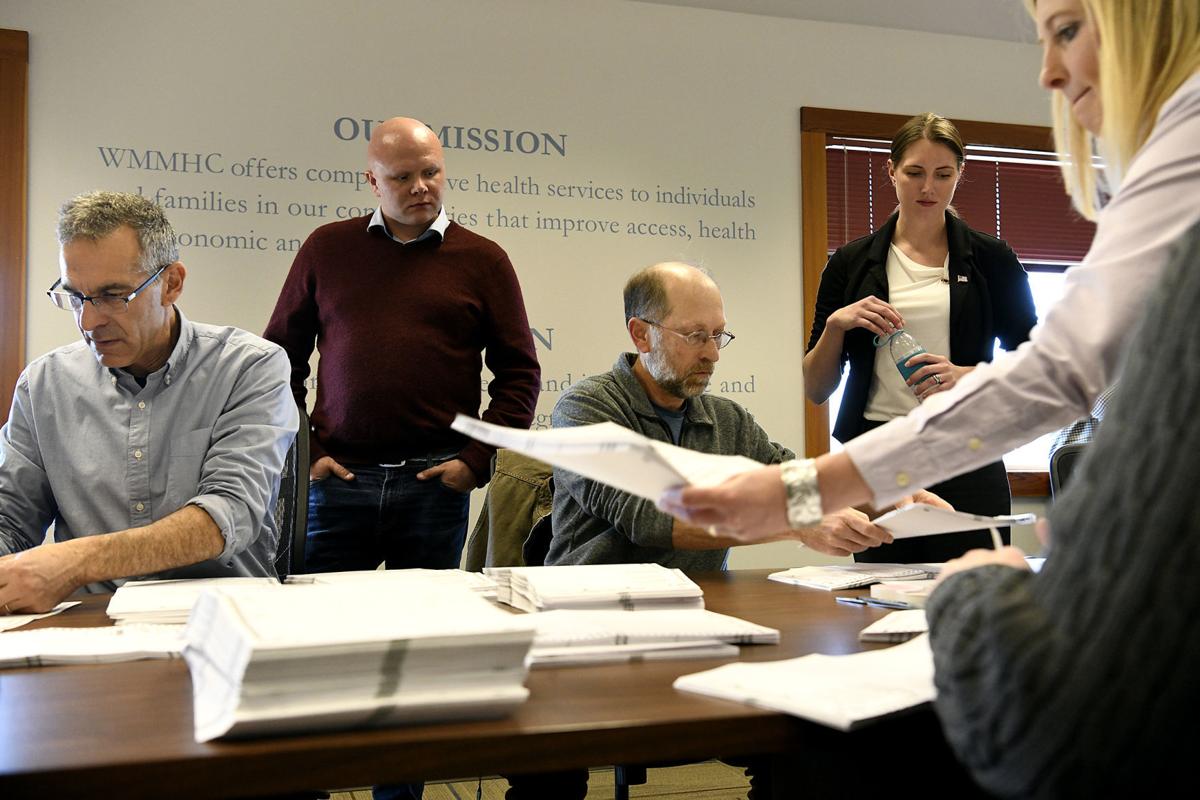 Nick Shontz and Sandra Vasecka, standing at back, watch as Missoula County Commissioners Josh Slotnick, left, Dave Strohmaier and Elections Administrator Dayna Causby sort ballots during the recount of the Ward 6 Missoula City Council race on Thursday at the county elections headquarters. Shontz, who trailed by just 12 votes on election night, called for a recount. 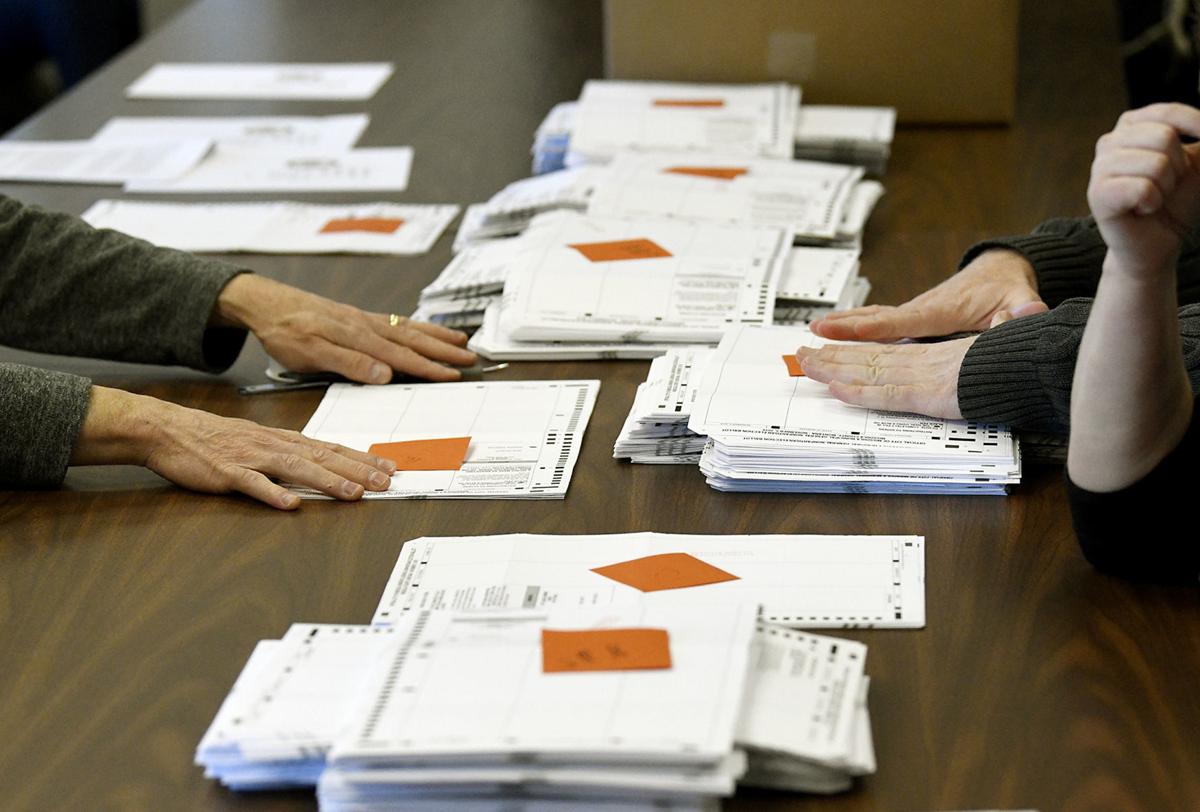 The recount of the Ward 6 City Council race came after the gap between the votes cast for the two candidates was 0.49%.

Nick Shontz, who trailed in the race by just 12 votes after election night, or less than half a percent, called for a recount on Tuesday, but all the vote totals matched up to the election night counts.

Both Shontz and Vasecka said they were pleased to see that the votes, after being meticulously counted by hand for four hours, came out exactly as the machines had initially counted.

Vasecka said she was looking forward to the orientation process and meeting more city staff so she could get to work on the issues she ran on.

“I’m really excited to bring more balance to the council and work with everyone there, and I’m excited to do some good for my community,” Vasecka said following the recount. “My contact info will be on the city website soon, so hopefully people will reach out with any questions or concerns they have. And compliments for the city are welcome, too.”

With 2,474 votes cast in the ward, the 12-vote gap represented a .49% split, barely within the optional recount margin.

Shontz, endorsed by the local Democratic Party, ran on a platform including lobbying for a local-option sales tax and to legalize and tax recreational marijuana, both to mitigate property tax burdens.

Shontz posted a $2,000 bond to cover the potential costs of the recount, but the total cost was still being calculated.

Shontz said he was grateful for everyone who helped his campaign, as well as the county elections officials who helped him through the process of initiating the recount.

“It was really neat to see each ballot counted by hand and imagining each individual person who sat at their kitchen table and filled it out,” Shontz said. “I’m looking forward to working with Sandy and staying involved with making the city the best place it can be.”

Shontz said one thing he and Vasecka both talked about during the campaign was the need for consistent sidewalks in the ward, and he hoped he could help with that as a constituent and as a member of the River Road Neighborhood Council leadership team.

County Elections Administrator Dayna Causby said voters should feel reassured in the democratic process after seeing that the vote total did not change after a thorough recount.

Council member Jesse Ramos, who recruited and helped coach Vasecka’s campaign, stayed for the entire four-hour recount, and said he was pleased with results, and grateful for the elections office staff.

“As an OCD guy, I really appreciated the accuracy of the count, and now the real work begins,” Ramos said.

“With such a slim margin, I felt like I owed it to the people who put in the work," said Nick Shontz.

Conservatives picked up two seats in the election, but both Mayor John Engen and Councilor Jesse Ramos claim victory.

An extremely close race in Missoula City Council's Ward 6 has the conservative candidate up by just 12 votes, or less than half of a percent.

Gwen Jones and Amber Sherrill were in Helena on Monday to lobby an interim committee to study how a sales tax could help relieve property tax burdens.

After city primary, a glimpse into how November could play out

The race for Missoula City Council is on, with head-to-head match-ups decided for each ward. Looking at the last few elections, there are some…

A national strategy to address missing and murdered Native Americans was announced Friday by U.S. Attorney General William Barr during a visit to the Flathead Indian Reservation.

A Florence-Carlton parent is calling for the expulsion of high school football players she said assaulted and traumatized her son and other freshmen.

Quarantine issued in Missoula for some pets

The Department of Livestock issued a 60-day county-wide quarantine in Missoula for non-vaccinated dogs, cats and ferrets after a skunk tested positive for rabies.

Nick Shontz and Sandra Vasecka, standing at back, watch as Missoula County Commissioners Josh Slotnick, left, Dave Strohmaier and Elections Administrator Dayna Causby sort ballots during the recount of the Ward 6 Missoula City Council race on Thursday at the county elections headquarters. Shontz, who trailed by just 12 votes on election night, called for a recount.

The recount of the Ward 6 City Council race came after the gap between the votes cast for the two candidates was 0.49%.