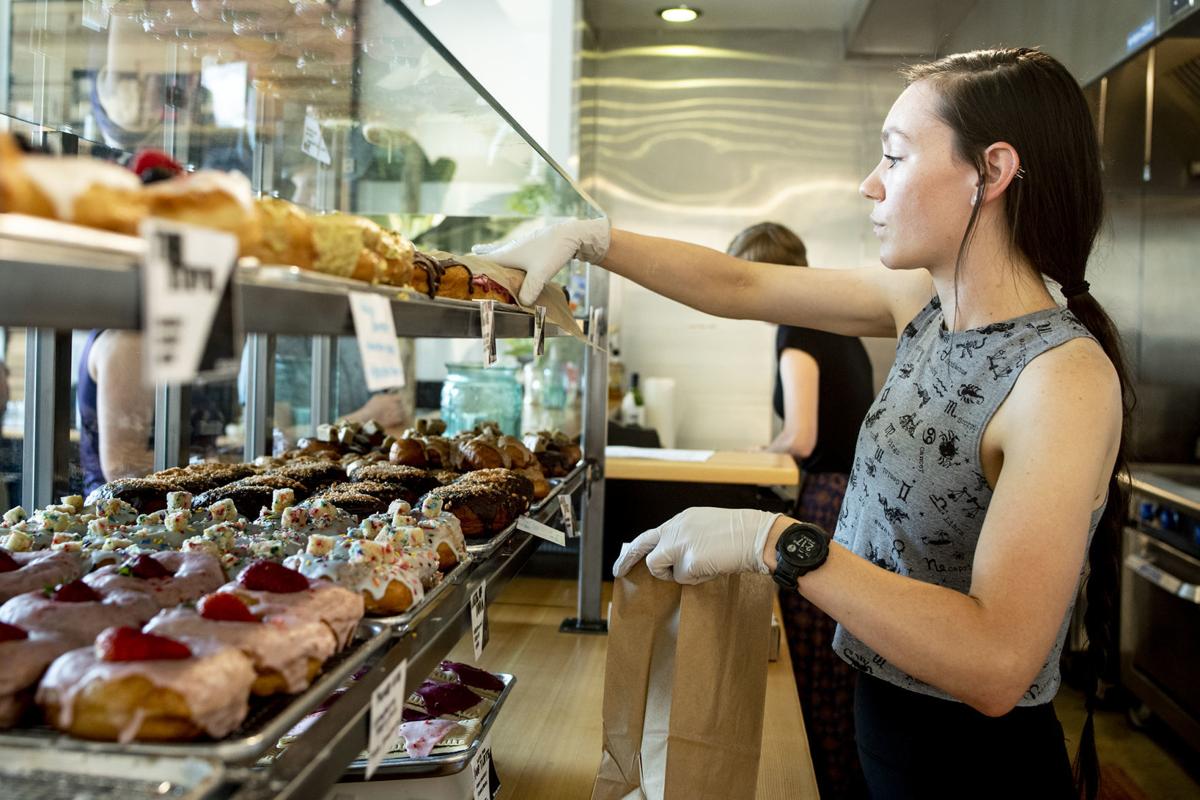 Kariel Buche grabs a doughnut from the display case at the newly opened Veera Donuts in Missoula on Tuesday afternoon. 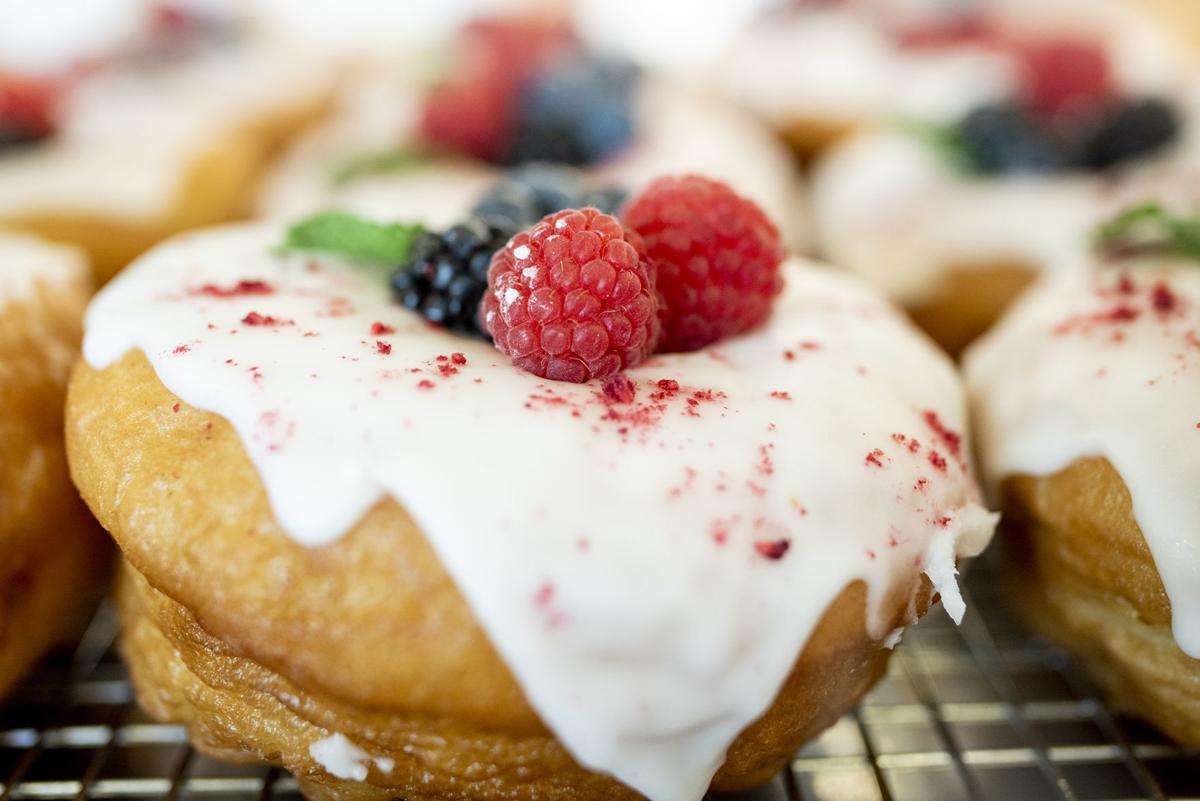 The shop features a wide array of doughnut options, all made from vegan ingredients.

Kariel Buche grabs a doughnut from the display case at the newly opened Veera Donuts in Missoula on Tuesday afternoon.

The shop features a wide array of doughnut options, all made from vegan ingredients.

Haniah Sweeney first realized that selling vegan doughnuts could be a viable business enterprise when customers flocked to her little stand at the Clark Fork Market in 2018.

“We sold out the first market in an hour,” she said. “I thought, ‘Holy s---, Missoulians will actually go for this!”

A year later, Sweeney has just opened Veera Donuts at 617 S. Higgins on the Hip Strip, in the same building as Green Source Missoula and next door to Big Dipper Ice Cream.

Sweeney calls her shop the place where you can “open up your taste buds to a world where rock n’ roll/metal, flavor and compassion meet to form the world’s most amazing donut.”

Everything’s 100% vegan and she bakes everything fresh in-house every day using local, fair-trade, organic and non-GMO ingredients as much as possible.

The War Pig, for example, comes with Vermont maple glaze and coconut "bacon" flakes. The Sweet Leaf comes with matcha glaze, black sesame and raspberry dust. There are savory options too, like the Space Cowboy that’s made with an English muffin, vegan mayonnaise, organic lettuce, a hashbrown patty, Beyond Meat Italian sausage, a tofu egg made with nutritional yeast and turmeric and a vegan cheese.

Sweeney, who pronounces her first name just like the regular spelling of "Hannah," said she worked as a bartender at Charlie B’s for a long time and that's how she's able to withstand the irregular, late-night/early morning hours that baking demands. She's been a vegan for about five years.

“I went to Seattle and Portland and the vegan donuts there are amazing,” she said. “There were not a lot of options here in Missoula.” (Missoula's Tandem Bakery sells vegan and gluten-free doughnuts.)

Sweeney uses coconut oil and other ingredients instead of animal products. A few options are also gluten-free.

She said she doesn’t really try to push veganism on people, so she hopes people will just enjoy the taste of her doughnuts and the fact that they are “cruelty-free” is just a little perk. Indeed, the word "vegan" is found nowhere on the store's outdoor signage.

Brooke Beighle, who bit into a White Zombie for the first time Thursday, said she’s had vegan doughnuts before, but never in Montana.

Beighle heard about Veera Donuts through word of mouth, and said it’s great to support a local business that went from operating a booth at the Missoula Farmer’s Market, to running a full shop on Higgins.

“The doughnut feels classier,” she said, comparing it to chain-store donuts. “It’s healthier, and it makes me feel better about what I’m putting into my body.

“Plus, I’m a huge metal head, and it’s hard to find a place playing this kind of music during business hours,” she said over the opening riff to Metallica's “Master of Puppets.”

Sara Rhynard, a former coworker of Sweeney’s at Charlie B’s, has already found her favorite.

Rhynard, a “simple kind of doughnut person,” has preferred the Veera, a combination of French toast, maple syrup and powdered sugar since Sweeney began bringing them to Charlie B’s.

“The day after they opened, I was able to grab the last Veera,” she said.

On Thursday, the vegan chicken and waffles doughnut sold out by noon.

Sweeney sings in a local rock band called Drift, and names all her baked creations after rock or metal themes.

The interior of the shop was designed by the same interior designer who did Five on Black downtown and other shops, and it’s got an artistic, upbeat feel inside.

As for the name Veera?