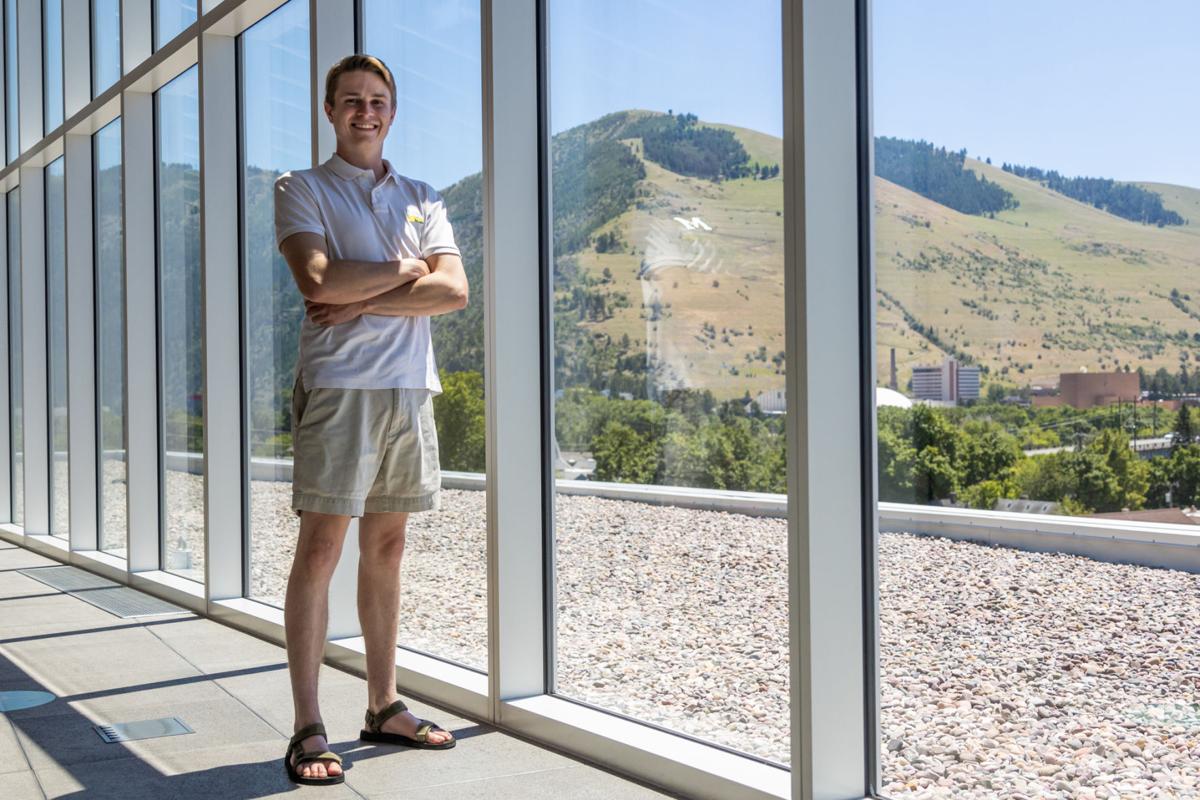 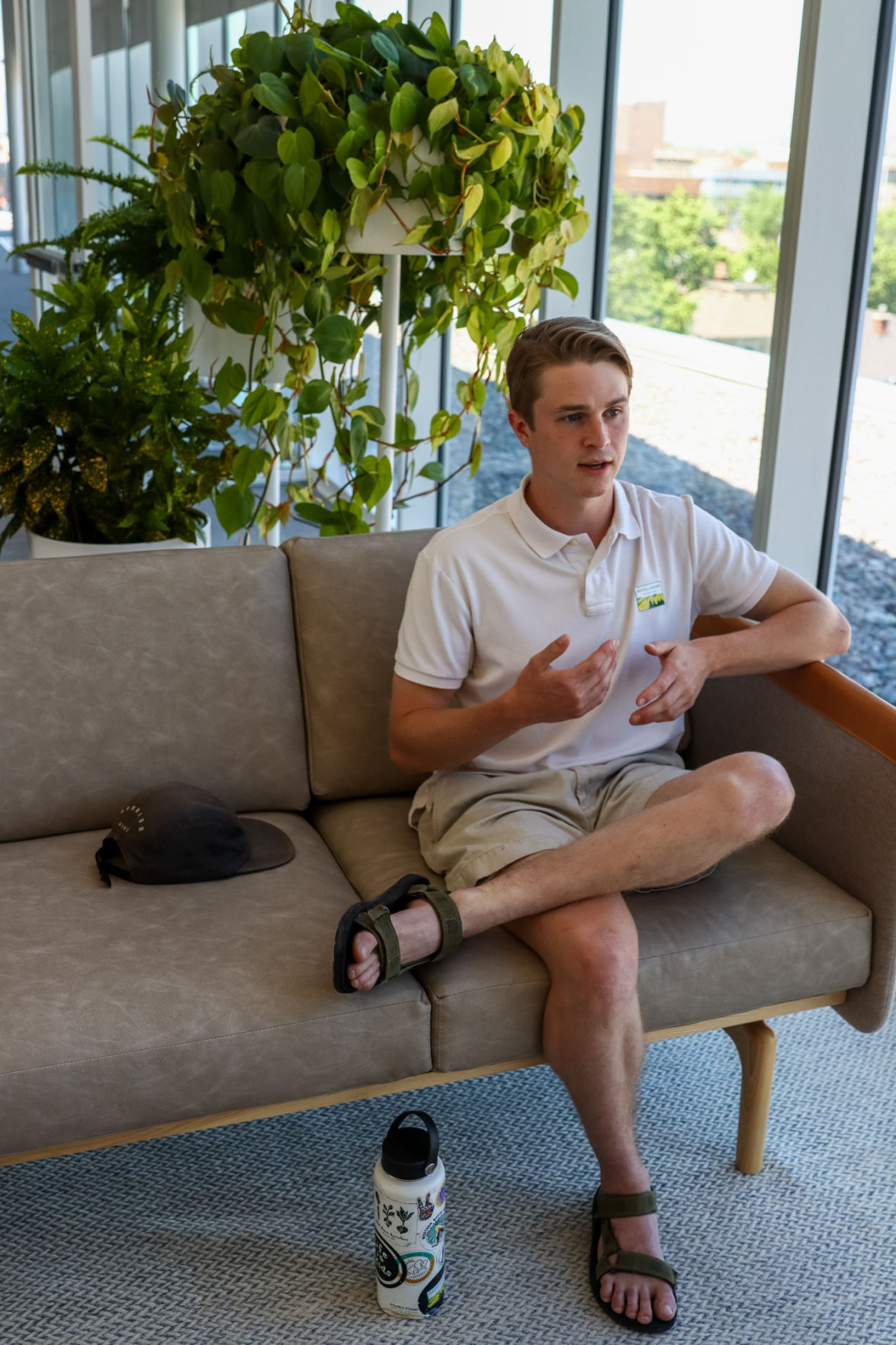 Carlino graduated with a bachelor's degree in environmental studies from the University of Montana.

Carlino, 23, works with developmentally disabled young people in Missoula in a program run though the state. He ran for the Public Service Commission last election cycle.

Housing is a personal topic to him, as he recently had to scramble to find a new place to live in Ward 3 after his landlord gave him a 30-day notice to move out after he'd already filed, he said.

While he did find a place within Ward 3 boundaries, two family members he had been living with were forced to find housing outside of Missoula.

"It's definitely an emergency right now in Missoula with housing and city council needs to be creative and do everything they can, before it's too late," Carlino said Tuesday. "Missoula is starting to turn into a place where you have to be very wealthy to afford to buy a house here and it's been like that for the last few years.

"But now it's coming to a place where you have to be very wealthy to even rent here."

Drastic and urgent action needs to be taken in regard to housing, Carlino said. If elected, he would push for opening up areas in Missoula to multi-family housing and for a more dense city.

Infill housing, which is the process of putting higher density structures within already established areas of a city, is part of Missoula's long-term growth plan, but Carlino said more can be done.

Inclusionary zoning, where city policy dictates a certain part of new construction remains affordable, was banned by state House Bill 259, but Carlino said the city still has the ability to use covenants to push for affordable housing. Using city-owned land that has been land-banked for future development, Missoula could push developers to make new buildings available for low-income residents.

A universal rental application system that has been suggested previously by other candidates is a way to make the process more affordable, he said. Ward 3 encompasses much of the University District and a large part of the city's rental issues are centered on that, with many of those tenants being college students.

Putting limits on the number of vacation rentals through services such as Airbnb is also an important topic, he said.

Climate change is a major part of Carlino's platform and would push to mandate electrified heating for all new buildings in Missoula, he said. Currently, Missoula County is committed to 100% renewable energy by 2030, but still will allow for gas heating.

"We need to mandate electrified heating on all new buildings, that way we're not reliant on gas heating decades from now," Carlino said. "So that's something I'd like to do on the first day, too, because right now NorthWestern Energy is trying to build four new natural gas plants in Montana, doubling its energy portfolio."

On-site energy production at government buildings via solar energy is another thing he would push for, Carlino said.

"Missoula needs to say that we do not want to rely on fossil fuels decades from now," he said.

He will also push for TIF projects that benefit the community, treat unhoused people with more empathy and make sure the city budget reflects what its citizens want, he said.

City council races are nonpartisan and Carlino said he is running as an "independent voice that represents what my neighborhood and Missoulians are asking for."

Carlino's opponent is Dori Gilels and the election is slated for Nov. 2. Council members are paid $1,249 per month — around $14,990 per year — and serve a four-year term. Six council seats are open this year.

The Missoulian is profiling candidates in this year's contested city council races.

Missoula City Council Ward 1 candidate Kevin Hunt has big ideas for affordable housing and would like to see increased transparency in elected positions in the city.

Seeking her second term on City Council, Ward 5 candidate Stacie Anderson says she brings a critical and balanced approach to the position.

Running out of Ward 1, Sheena Winterer feels she would bring a collaborative spirit and housing experience to Missoula City Council.

After officially filing for mayoral candidacy on Thursday, Jacob Elder expands on his decision to run for office.

Shawn Knopp said he believes Missoula needs big change that starts at the top, which pushed him to run for mayor of the Garden City.

Missoula Mayor John Engen will seek a fifth term in office, he said in a statement to media outlets on Wednesday.

Missoula City Council officially adopted a resolution last week to have primaries this election cycle, but the move was not without opposition.

City and county officials will hear a report and recommendations for further sites for unhoused people on July 8.

"Doing nothing is not an option," Missoula Mayor John Engen said Thursday.

Ward 3 Missoula City Council candidate Dori Gilels, a community advocate and volunteer, is running a campaign based on improving livability an…

In a few short weeks, five mustangs and trainers from Montana Reins of Hope will participate in an event in Oklahoma City called Extreme Horse Makeover.

Missoula County is embarking on an ambitious plan to throw out its old zoning code and replace it with one better reflecting the county's growth policy, which was adopted five years ago.

Running for the Ward 4 Missoula City Council seat, Mike Nugent says he will bring a moderate voice to local government.

On a motion brought by State Senator Ellie Boldman, the county Democrats voted to endorse Mayor John Engen in the mayoral race.

Ault, 71, is retired and the founder of a local nonprofit, Montana Automotive Technologies, which seeks to educate youth looking to enter the automotive industry.

Elevating the voices of people who don't always have the chance to speak, responsible housing policies and citizen engagement make up the base of Ward 1 city council candidate Jennifer Savage's platform.

Running a campaign based on government accountability and fiscal responsibility, Bob Campbell wants to be a voice on city council for those issues in Ward 5.

During the pandemic, VanFossen said she deconstructed the entire city budget to better understand how city funds are being spent.

Taylor, 35, is a project manager at Grant Creek Excavating and has been with the company since 2008. He is a graduate of Big Sky High School.

Running on fiscal responsibility and in response to higher property taxes, Rebecca Dawson is vying for the Ward 2 seat on Missoula City Council.

Ballots can be dropped off at the Election Center at 140 N. Russell Street until 8 p.m. Tuesday.

As the tabulation machines began to hum and start the process of counting votes in the 2021 municipal primary election around 3:15 p.m. on Tuesday, Missoula County election judge Andy Nelson got busy.

Missoulians remember those who died while homeless in 2021

In Missoula, 21 people who were unhoused died this year. The ceremony also remembered three Poverello Center volunteers and staffers who died this year as well.

WH: We 'don't know' if Russians are playing games

WH: We 'don't know' if Russians are playing games

Carlino graduated with a bachelor's degree in environmental studies from the University of Montana.