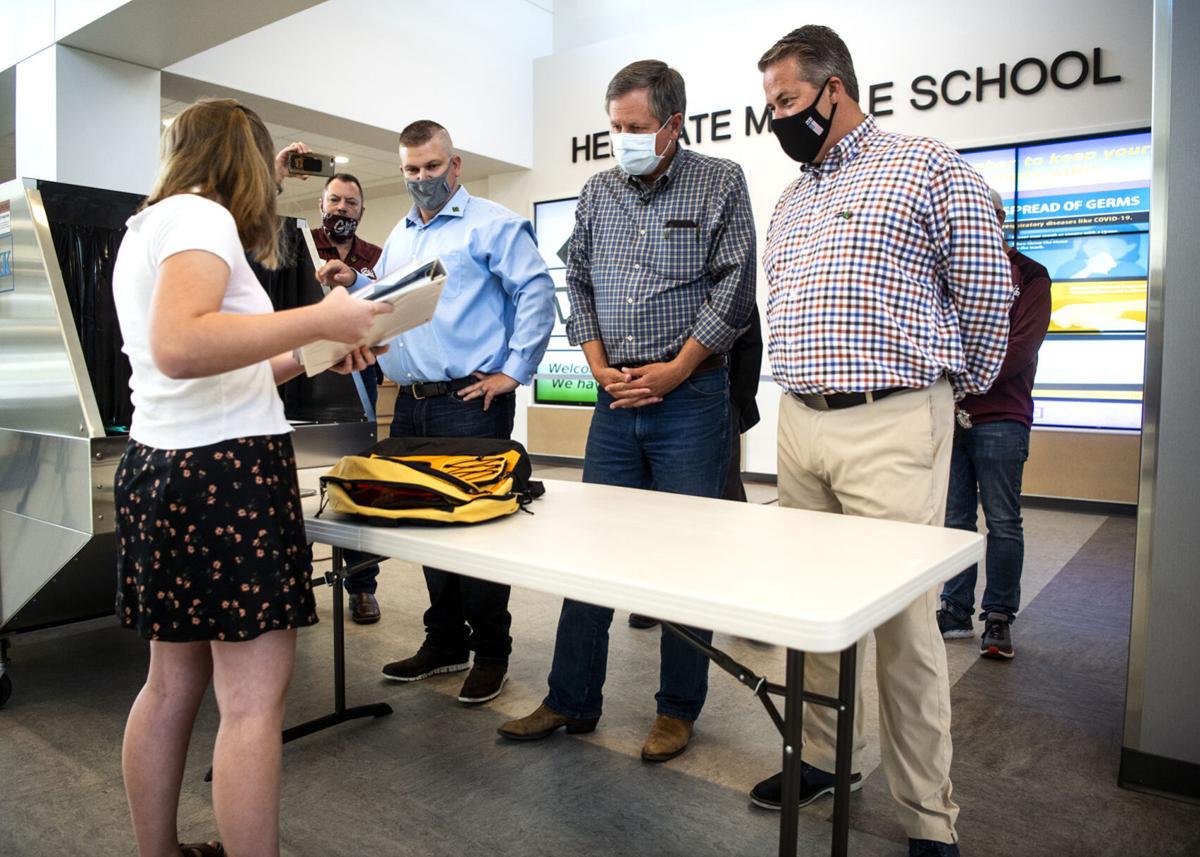 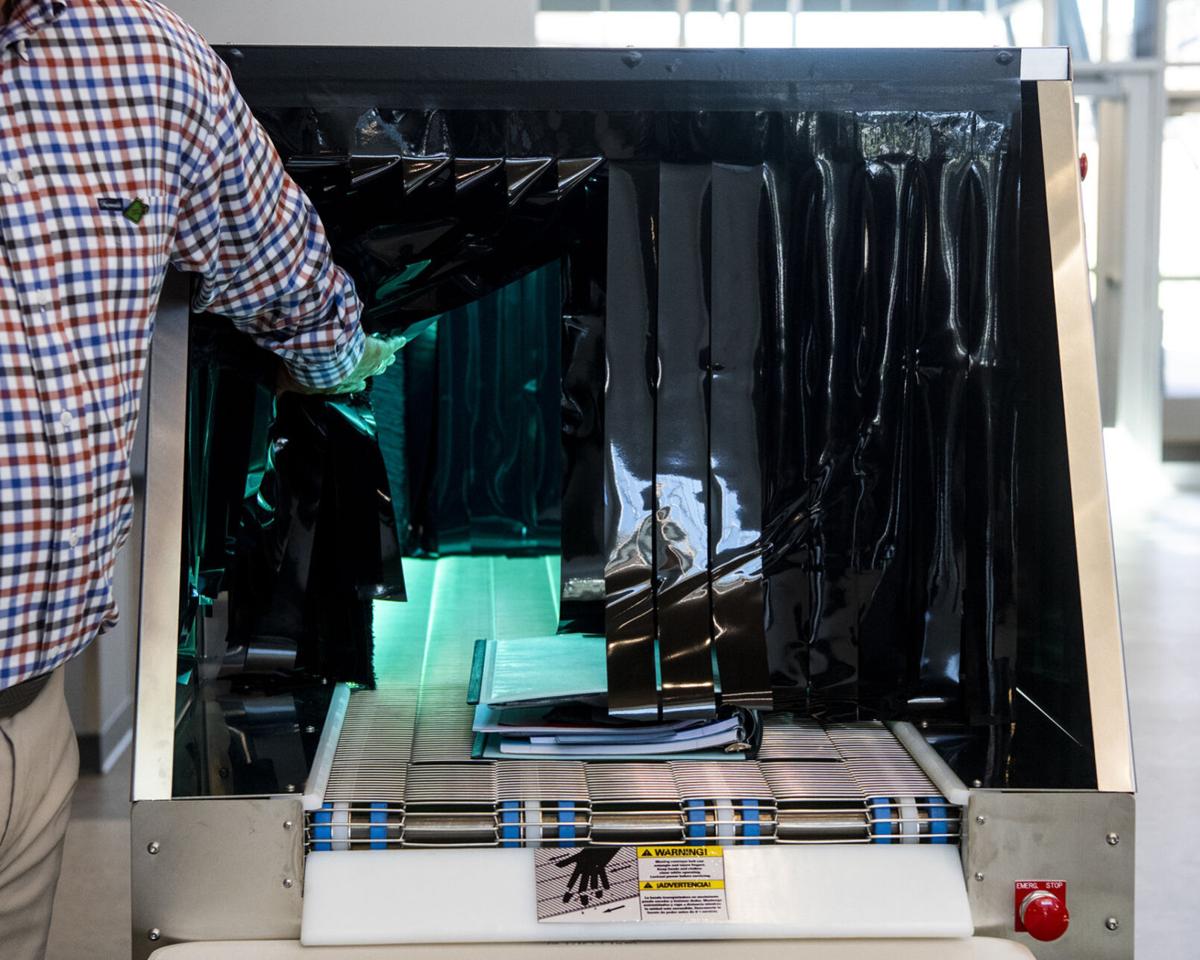 The machine uses a particular type of ultraviolet-C, UVC, radiation that excels in disinfecting air, water and surfaces.

While eighth-grader Jack Clevenger is happy to be back at Hellgate Middle School, he admits all the pandemic-related restrictions — playgrounds divided into quadrants, lunch at his desk behind dividers, and being stuck with the same small group all day — are “kinda boring.”

A machine unveiled there Friday aims to make school for kids like Clevenger, if not more interesting, at least safer.

The Kart Kleen contraption — it initially was designed to clean supermarket carts — looks like the airport machine that scans people’s belongings as they go through the security line. But instead of providing ghostly images of imperfectly packed suitcases to security guards, it aims blindingly purple ultraviolet light at the objects passing through it, zapping surface bacteria and other organisms into oblivion, said company president Jason Gardiner.

Holben, a microbiology professor at the University of Montana, said the ultraviolet ray shooting through the machine’s interior is a specific wavelength not found in sunlight that is “highly destructive” to surface microorganisms.

Gardiner said the machine has been in the works for years and that the company switched its focus away from supermarket carts, as well as other wheeled devices such as wheelchairs, to schools when the pandemic hit this spring and the company saw “a community need.” Earlier this year, Kart Kleen touted its device for use in disinfecting personal protective equipment.

U.S. Sen. Steve Daines, R-Mont., who stopped by Hellgate Middle School for Friday's demonstration, praised the $40,000 device as “noninvasive, simple and easy to use.”

Much as with the airport scanners, objects are laid on a conveyor and travel through the machine for about 28 seconds.

Daines also praised the made-in-Montana aspect of the venture. Kart Kleen is based in Missoula, with a manufacturing facility in Bozeman. Gardiner said the company has 10 employees now but hopes — possibly with the help of CARES Act funds — to ramp up quickly if Kleen Kart starts getting orders for the machines.

The company is seeking FDA approval to allow the device to be used in hospitals, he said.

School Superintendent Douglas Reisig said he’d welcome the device in the Hellgate school complex, even though running students’ belongings through it might create “a bit of a bottleneck” at first. But he said the school has adjusted to twice-daily cleanings of common areas, restrooms and outdoor areas, as well as the statewide safety protocols calling for distancing and masks. Roughly 1,500 students in kindergarten through eighth grade attend Hellgate Elementary and Middle School; about 14% opted for remote learning this fall, he said.

“I think it does provide another level of comfort and safety and security. … It’s a small inconvenience for a huge benefit,” he said.

Eighth-grader Sadie McGuinn pronounced the machine at Hellgate only for the demonstration “pretty cool,” but added a caveat: “If it works.”

The String Orchestra of the Rockies is moving forward with a season of concerts with smaller ensembles playing for limited capacity audiences.

A flight to fancy: Children of WWII bomber pilot get a ride to remember

The machine uses a particular type of ultraviolet-C, UVC, radiation that excels in disinfecting air, water and surfaces.