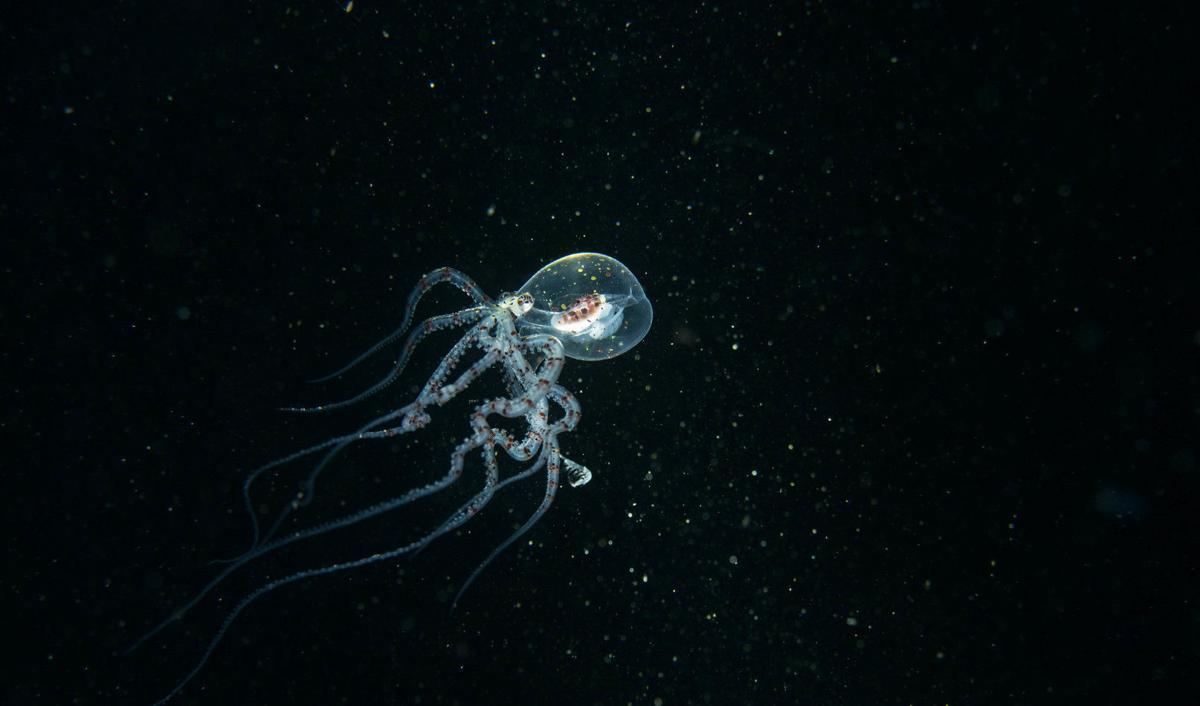 "Cephalopods, Conquest of the Seas" explores unique creatures whose populations are rising as human activity alters their environment. 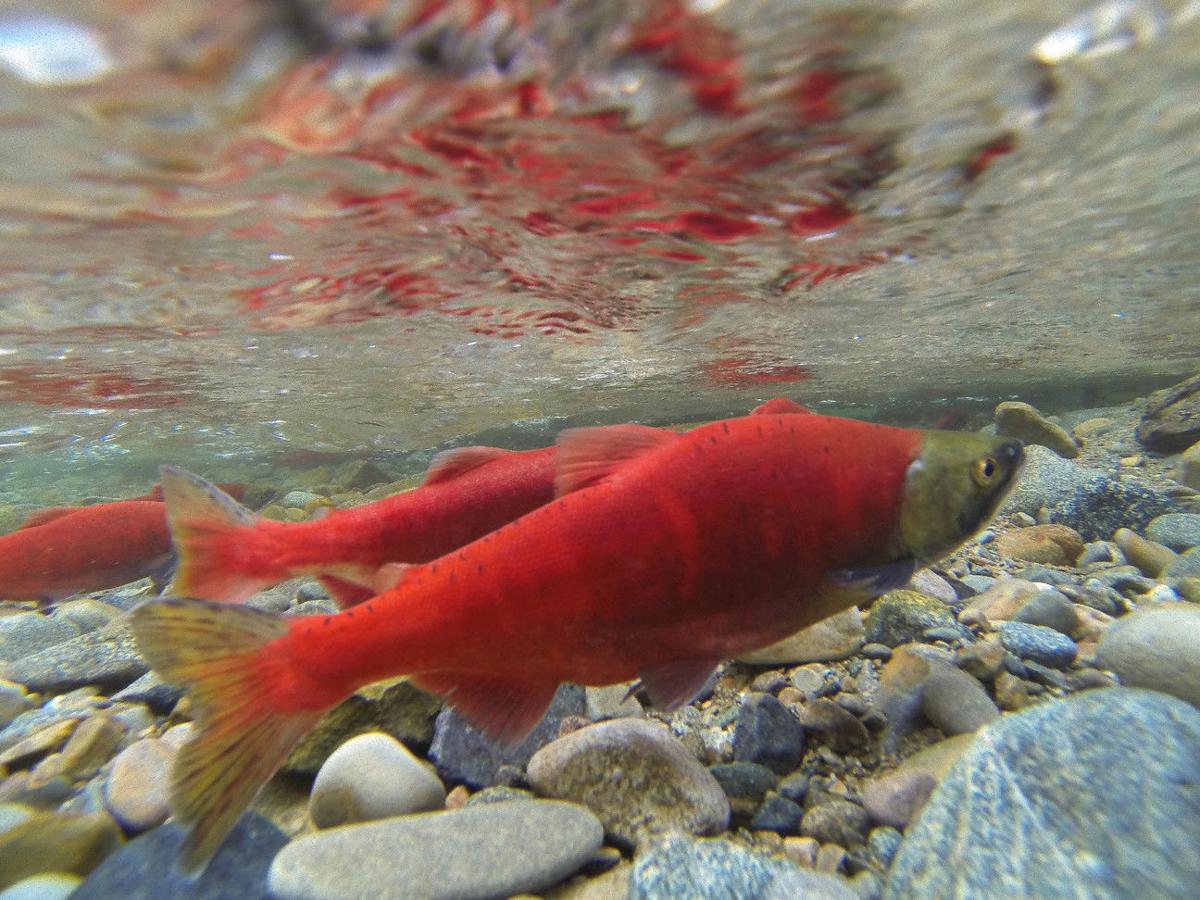 "Spawning Grounds" documents collaborative efforts to save Kokanee salmon that are unique to Lake Sammamish.

The 44th annual International Wildlife Film Festival continues this weekend, with a new slate of films opening in the virtual catalog. Here are a few highlights. To see the full lineup, head to wildlifefilms.org.

'Cephalopods, Conquest of the Seas'

What can adapt to changes in its environment, use primitive tools and change colors on the spot?

The “underwater aliens,” known as cephalopods, which get a visually entrancing introduction in “Cephalopods, Conquest of the Seas.”

The film runs through the creature’s unique physiology and intelligence, and delves into the reasons for their increase in population over the past decades.

Writer, producer and director Bertrand Loyer is assisted on this journey by narrator Bruce Robison of the Monterey Bay Aquarium Research Institute and a team of underwater camera operators that zero in on the mysterious forms and fascinating behaviors. Very little time is spent above water, and most is eye-grabbing and often close-up footage.

The cast of unique characters includes cuttlefish, octopus and squid. Octopus have eight arms with two rows of suckers and multiple hearts and brains. Cuttlefish have an internal shell to control flotation and two extra tentacles. Squid also have eight arms, two tentacles and a flexible internal shell.

Their numbers have been increasing due to overfishing, which has reduced the numbers of their rivals for prey. That, and cephalopods are extremely adaptable and intelligent. Take the mimic octopus, which was only discovered in 1998. It can study and then imitate the colors of at least 15 animals — on camera, we see it pass muster as a scorpion fish with distinctive stripes; flatten its body and stretch out its arms behind it to imitate a sol, which swims along the bottom of the sea floor; or dynamically stretch them out to pass as an inedible brittle star.

Another choice sequence features the coconut octopus, a nomadic type that picks up cracked coconut shells and uses them as hunting blinds. Prior to humans dropping such handy defenses into the ocean, they used clam shells. We see one find an impenetrable defense in a rusted tin can, where its predator, the striped puffer fish, can’t nip at it.

Another trip is to Spencer Gulf in Australia, where the population of Australian giant cuttlefish was reduced to less than a percent of its previous size due to overfishing in its breeding grounds. The cephalopods, which can weigh more than 20 pounds and measure a foot and a half long, began to experience a rise in birth defects because of the reduced genetic diversity. (They track the mating migration of one male who was born without an eye.) Extensive recovery efforts have boosted their numbers, and the defects will decrease with successive generations. They also self-regulate their population sizes — males will kill their rivals and spend a week eating them.

The last featured creature is the big fin reef squid, which has a catalog of 27 colors and textures to communicate. We see them at work during a mating ritual, where a male and female signal to each other. The film closes out by reminding us that scientists believe cephalopods have a primitive conscience. Their brains continue to grow through adulthood — an intelligence that has allowed them to adapt even as humans alter their environment.

The site of a few men tromping upstream in search of fish becomes a high-stakes drama in one scene of “Spawning Grounds.”

They’re looking for signs of Lake Sammamish Kokanee salmon, a distinct freshwater species that only spawn in streams of that particular body of water and live their lives out in the lake, never going to the ocean. Their numbers have plummeted drastically.

The scenes in the film take place between 2016 and 2019, when partnerships of local governments, nonprofits, the Snoqualmie Tribe and residents began a pressing effort to stop the decline.

The speed of development in Puget Sound is laid out both in historical terms and recent, faster growth — a 50% increase since 1990, creating even more pressure on Lake Sammamish.

What’s at stake is what they all affectionately refer to as the “little red fish,” a culturally and socially important species.

McKenna Sweet Dorman, an outreach specialist for the tribe, describes the crucial role the fish played for tribes in the area — from their creation to the arrival of settlers who forced them to abandon aspects of their lifestyle, going from longhouses to homesteads on one shore that were then taken away. The Kokanee was a tradition and food source they were able to hold onto. (Parts of this section are brought to life through animation and historical photos.)

After what appears to be the lowest spawning point ever arrives, they devise a set of potential solutions: removal of culverts that were blocking or inhibiting fish, a hatchery, remote-site incubators and a captive root-stock program.

The efforts make gains by the film’s end, after a bleak press conference where they say they’ve seen not a single fish up a particular stream they've been working on.

The last count shows an improvement — the reward after what appears to be countless volunteer working group meetings, discussions of about the probable necessity of cryonic preservation, outreach to the public, and all of their multi-faceted efforts.

To viewers not in Washington but the pockets of the West staring down rising and more dense populations, it’s a signal of the importance of collaborative efforts for conservation.

Here are the outdoor screenings and pop-up events this week.

See footage of a bobcat stalking its prey from “Epic Yellowstone: A Winter Hunt” projected on the side of the First Montana Bank downtown, plus the announcements of the award-winners at this year’s IWFF.

Missoula narrative dance film takes a look ‘from the outside in’

“I'm hoping that as people watch this and come to it, that they discover dance on film in a different capacity,” French said. “Cause it is its own language and its own magic that is different than the stage.”

One sunny but cold morning in late April, the sounds of one particular art class were indistinguishable from a construction site.

A new tree has gone up on the Westside.

It’s a musical adaptation of the short 1970s children’s cartoons, bouncing from song to song without too much dialogue between.

Roxy Theater will reopen on June 4

The first titles are “Nomadland” and “Minari.”

"Cephalopods, Conquest of the Seas" explores unique creatures whose populations are rising as human activity alters their environment.

"Spawning Grounds" documents collaborative efforts to save Kokanee salmon that are unique to Lake Sammamish.