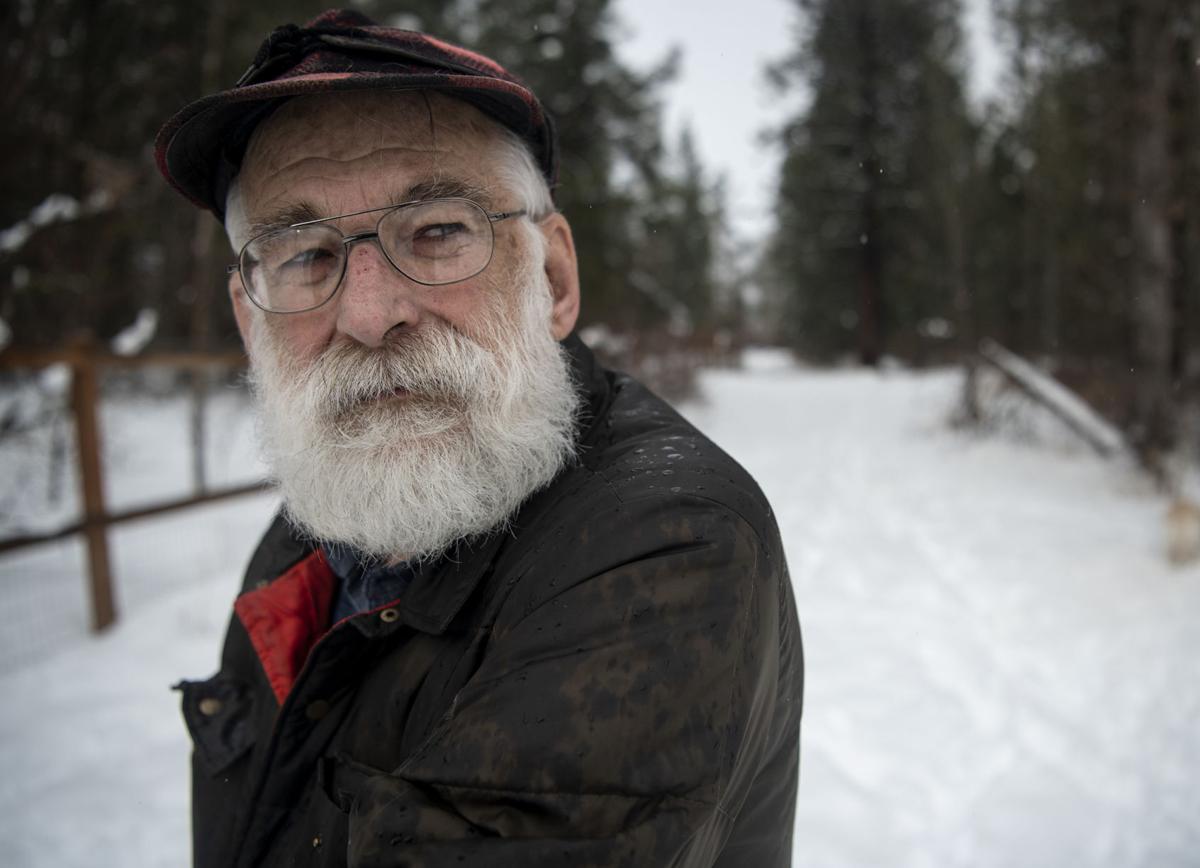 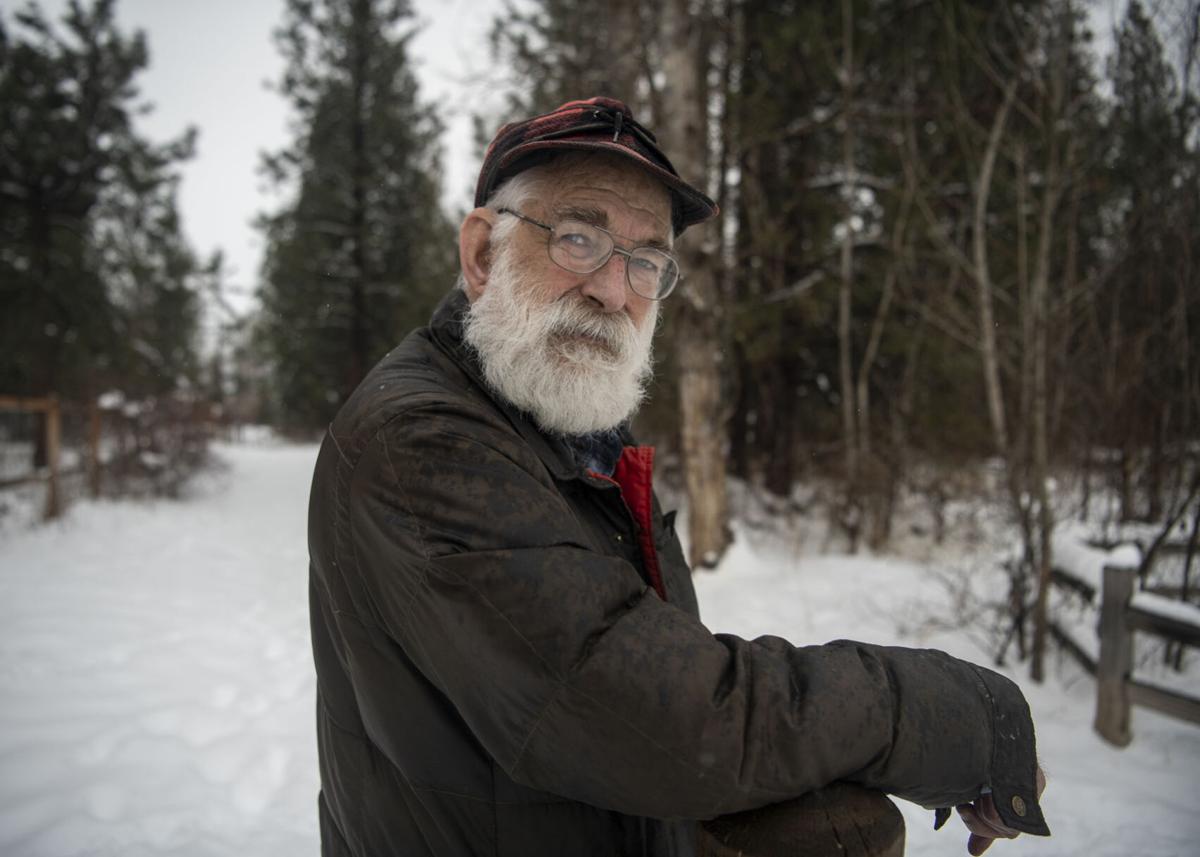 Getting invited to sit at someone’s table and listen was the best part of Mike Thompson’s job.

The fact that someone had strong opinions about wildlife management, and Thompson was the wildlife manager for Montana Fish, Wildlife & Parks Region 2, might seem like a stressful combination.

Yet after 42 years shepherding the biological welfare of western Montana’s game and non-game species, Thompson said that’s what he’d miss most.

In an unannounced move, he retired on Wednesday.

“If you’re going to have those conversations, you’ve got to be accepted as a person who wants to listen and shut up,” Thompson said. “It’s been harder in the job to do that. There are more politics involved in it now, more forces trying to control Montanans and build tribes unto themselves than I was aware of when I first came here. I think that’s in our way, and I think it would be a great benefit to Montana’s resources and way of life if we could peel that layer apart.”

Thompson’s departure comes a month before FWP completes public review of big changes to its big-game rules. They include simplifying license types, consolidating hunting districts, shifting season dates and other changes that have proved controversial in Region 2.

“I was on the Zoom call with a lot of people in the Bitterroot Valley who were very critical and didn’t like the way these were done without any biological background,” said Missoula conservationist and former FWP Fish and Wildlife Commissioner Tim Aldrich.

“Finally Mike said, ‘I think we’re at a crossroads — do we want to keep going on with what’s proposed, or build on what we already know?’ He heard those people say we don’t like this and why would we deprive people of opportunities they have, and he listened.”

“Mike has been amazing in navigating this change and this process, and he’s respected by me and the director’s office,” Arnold said. “I think his retirement had nothing to do with the season-setting. It was a big ask of our biologists, and Mike managed that wonderfully.”

Arnold said Thompson’s role was to interpret and understand the requests from FWP headquarters and the Fish and Wildlife Commission, then look at the Region 2 districts and see how those proposals might fit. That involved a complicated mix of what hunters wanted, what landowners need and what’s biologically possible.

“We thought we’d got pretty close to something we could work with, and we brought it to the public for response, and got heavy engagement,” Arnold said. “The prevailing sentiment was we like them (the rules) the way they are, and they’re not that complicated. So we sharpened our pencils, and looked at a second round of proposals that met the biological needs with a better matching of public interests.”

Thompson did groundbreaking work on mountain goats early in his career, including developing a rocket-launched net gizmo for capturing the cliff-dwellers unharmed.

His inventiveness was also on display in public meetings, where his knack for acknowledging hard-felt opinions without inflaming a debate was remarkable.

“I saw him at numerous public meetings, where he was dealing with challenging questions and challenging people,” said former FWP commissioner and conservation group leader Gary Wolfe. “He was very willing to listen to public comments and suggestions, and then modify those regulations based on public input consistent with sound wildlife practices.”

But Wolfe said that ability has been strained in the past year after the 2021 Legislature and new FWP Director Hank Worsech called for major changes to longstanding hunting practices.

“There’s a lot of legislation that’s really discouraging and hard to implement,” said Wolfe, who co-signed a letter this week with 35 fellow wildlife experts opposing Gov. Greg Gianforte’s petition to delist grizzly bears from the federal Endangered Species Act. “I would find that extremely discouraging from a morale perspective, and I am concerned about an exodus of good, talented people from FWP.”

Thompson said there was no specific reason or event driving his retirement decision, although he acknowledged the past year has been especially hard.

“The work emphasis internally, within the department, to inform, to respond, to understand new orders and keep up with changes — all that time now devoted to facing internally — meant the time to face externally to the resource and was reduced to nearly zero,” Thompson said. “I have trouble thinking that’s a very good model.”

After decades of listening to what Montanans want for their wildlife, Thompson also has found it difficult to tell who’s speaking for what.

“It seems to be harder to put a finger on what Montana is and what people think of being here — what it means to be in Montana,” Thompson said. “What I see are lots of individual people, small groups and vested interests, working pretty hard to define it for us. There’s less and less people going out and talking with individuals, living the life, out doing their thing, trying to understand what matters and what doesn’t. And lots more people trying to take advantage of Montana and use Montana to their own ends.”

One way Thompson tried to bring Montanans closer to their wild relations was through the Wildlife Quarterly bulletins he started publishing out of FWP Region 2. The quarterly compiled all the latest research and field work done by local biologists, game wardens and other staff in ways that illuminated the technical complexity of the science while still appealing to a general audience.

The fascination with those animals’ lives and livelihoods can transcend all kinds of other social divisions, Thompson said, as long as people are willing to share the experience.

“I see us forgetting, or behaving as if we forgot, that hunters, anglers, and wildlife watchers have a commonality,” Thompson said. “They can tolerate each other’s differences, politics, and religion long enough to share those experiences with tolerance and friendship.

“We’ve got to the point we’ve forgotten that people do this for fun, for recreation, and for rejuvenation — not to be bothered by government. People don’t want us to screw that up.”

In the no-news-is-good-news department, more than 10,000 trout did not die in Lolo Creek irrigation ditches this year.

Montana’s Fish and Game Commission unanimously endorsed the agreement to manage grizzly bear hunting around Yellowstone Park, should the state ever get oversight of the federally protected animal.

With grizzly bears probing its edges, wildlife managers along the Montana-Idaho border anticipate a lot of controversy heading toward the Bitterroot Ecosystem.

Kaelynn Bixby, 13, “been located and is safe” on Sunday after a missing and endangered persons advisory was issued by the Montana Department of Justice.