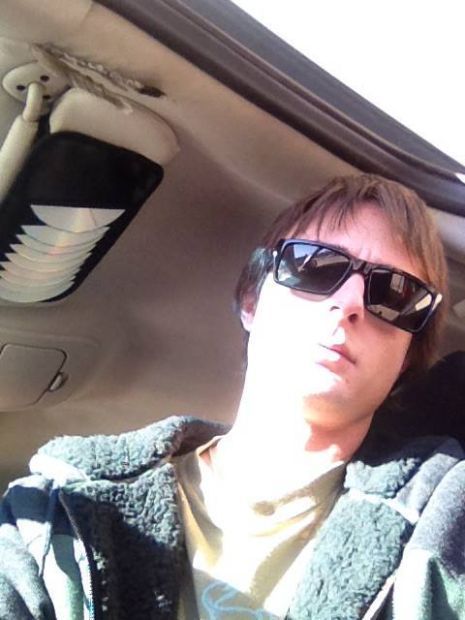 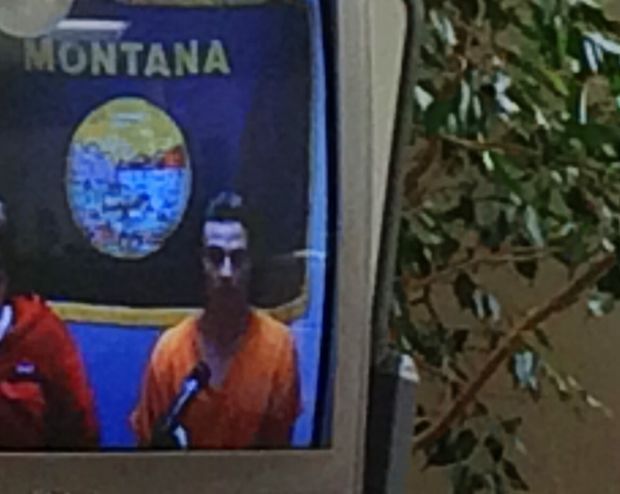 A University of Montana student who allegedly admitted to exposing himself to underage girls on multiple occasions for his own sexual gratification – calling it a “rush” to have girls “catch” him - was arrested on Friday and is being held at the Missoula County Detention Center on $125,000 bail.

He was charged with five counts of indecent exposure, three of them felonies because they were the third or subsequent offense.

Pabst asked Orzech to set bail at $25,000 for each of the five counts, and the judge agreed.

Francisco also has a conviction out of the state of California for weapon’s violations, according to Pabst.

“But upon a little closer look, those weapons charges also involved some strange, similar behavior in which he snuck into a dormitory and was loitering in the bathroom watching girls while he had a weapon concealed in his backpack, and it was a .44-caliber pistol,” Pabst said. “Additionally, he has admitted to exposing himself to an unknown woman this last year on campus. He has indicated he is having an extremely difficult time stopping this behavior, so his actions have clearly demonstrated a community safety risk and we believe that a high bail is necessary to protect the community.”

According to charging documents, on March 12, a 15-year-old girl was stopped by an unidentified male – later identified as Francisco - while she was walking home on Mill Creek Road near Lolo.

The man was driving a grayish blue Pontiac four-door sedan when he stopped near her and called her over to his car. He was the sole occupant of the vehicle.

When the girl approached the driver’s door and looked in the vehicle, she observed the man’s pants were down, exposing his genitalia. The man allegedly offered her $100 while she saw his exposed genitalia, and she declined by saying “no thank you” and walking away. The man then drove away.

An investigation revealed that two days earlier, a driver matching the same description contacted a different 15-year-old girl on the same road. He pulled up to her as she was walking and asked her what time it was.

The man then allegedly told her, “I just wanted to tell you that you are beautiful.” The girl reported that she had seen the same vehicle and driver on three consecutive afternoons while walking home from the bus stop.

The girl had noticed a University of Montana parking placard hanging from the rearview mirror.

On March 13, two girls aged 11 and 13 were walking to Washington Middle School when a driver and a vehicle of a similar description pulled up to them and enthusiastically waved at them.

After they crossed a crosswalk, he pulled his car over next to them. The 11-year-old girl looked into the vehicle and observed that the man was not wearing any pants or underwear.

The girls continued walking and the man drove off. After the girls reported the incident, descriptions of the vehicle and the man were disseminated to local law enforcement and to the media.

On March 19, a Missoula police officer observed a vehicle matching the description of the suspect’s vehicle.

Two other officers made contact with the driver at the gas station at the former Safeway store on West Broadway, now Missoula Fresh Market.

A school resource officer heard the radio traffic and advised the other officers that the two female students from the incident on the 13th reported seeing the same vehicle parked near their walking route to school earlier in the day.

Officers questioned the driver, Francisco, and explained that his description and his vehicle closely matched the incidents.

At the Missoula County Sheriff’s Department, MCSO detective Jon Gunter and Missoula police detective Connie Brueckner interviewed Francisco. He allegedly waived his Miranda rights and admitted to being the suspect involved in all of the incidents.

He allegedly admitted to interacting with the first girl on March 10, then specifically going back to Mill Creek again on March 12 for the purpose of seeing and approaching her again.

He also allegedly admitted to contacting the girls walking to Washington Middle School.

One of those girls told detective Brueckner that she was afraid when she saw the same man and car at the same place on the 19th. Francisco stated that he had returned to the school with the intention of repeating his earlier actions.

Francisco allegedly admitted that he has a problem controlling his behavior in relation to seeking out young females for the purpose of exposing himself to them for sexual gratification.

He admitted that he has demonstrated similar behavior on at least five other occasions and that he wants to stop. Francisco said he has been unable to refrain from following through with these public acts when he is stressed by outside factors in his life.

Francisco allegedly denied any fantasy ideation involving the females beyond exposing himself. However, Pabst noted in charging documents that “his recurring behavior of targeting the Mill Creek bus stop and the walking route to Washington Middle School show an organized, escalating pattern, victimizing young girls.”

At Friday's court appearance, Francisco’s public defender asked the judge for a $20,000 bail. Francisco told the judge that he has “never missed a court hearing or an appointment.”

“I do have every intention of trying to get better,” Francisco said.

“You have every intention to what?” Orzech asked, apparently not hearing him.

“To overcome this,” Francisco responded.

Orzech set bail at $125,000 and prohibited Francisco from having contact with the alleged victims. He is also barred from being within 1,500 feet from any bus stop, school or park, meaning he can no longer attend University of Montana classes, where he is a full-time student.

Francisco is also required to undergo a sexual offender evaluation and have GPS monitoring, should he post bail. He is prohibited from having weapons or contacting anyone under the age of 18.

Francisco is scheduled to have a preliminary hearing on April 2.

According to Peggy Kuhr, vice president for integrated communications at UM, campus police have not yet opened any investigations into the alleged incident on campus.

"They will be looking into past incidents of indecent exposure that have been reported to see if any descriptions match the description of the man who has been charged," she said.

LOLO – A student at Lolo Elementary School will face consequences after bringing an airsoft gun to school Tuesday.

The University of Montana student accused of exposing himself to young girls in Missoula and Lolo had Ketamine, a veterinary drug sometimes us…

Jon Krakauer has "no doubt" rape victims in Missoula will be served poorly with Kirsten Pabst as the Missoula County attorney. On Tuesday, Doubleday will release the bestselling author's book called "Missoula: Rape and the Justice System in a College Town." In the book, women tell stories of being raped by acquaintances and failed by the justice system in cases from 2010 to 2012.

Man who exposed himself to girls in Missoula, Lolo areas sentenced to prison

Cole William Francisco, a 22-year-old man who exposed himself to young girls in the Missoula and Lolo areas last spring, has been sentenced to…

Missoula police have joined Missoula County sheriff's detectives in a search for a man who exposed himself to teenage students for at least the fourth time in Friday morning. The latest incident happened near Washington Middle School before school started Friday. Sheriff spokesman Jason Johnson said it's believed the same man is involved in all four incidents.