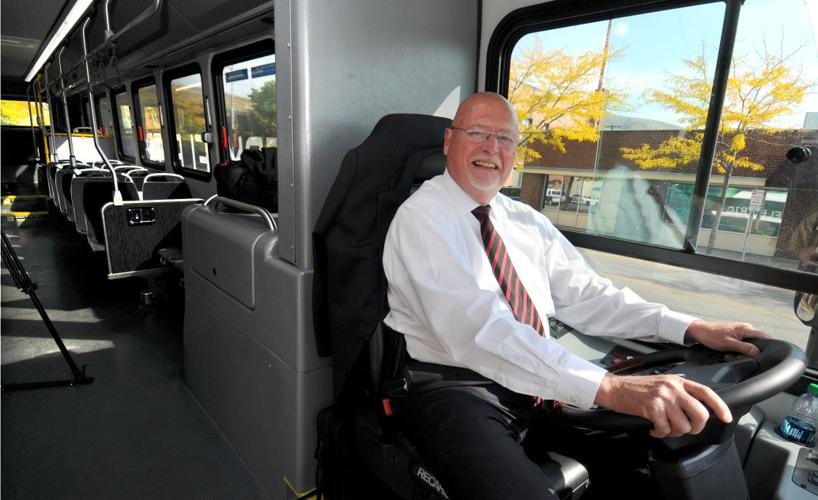 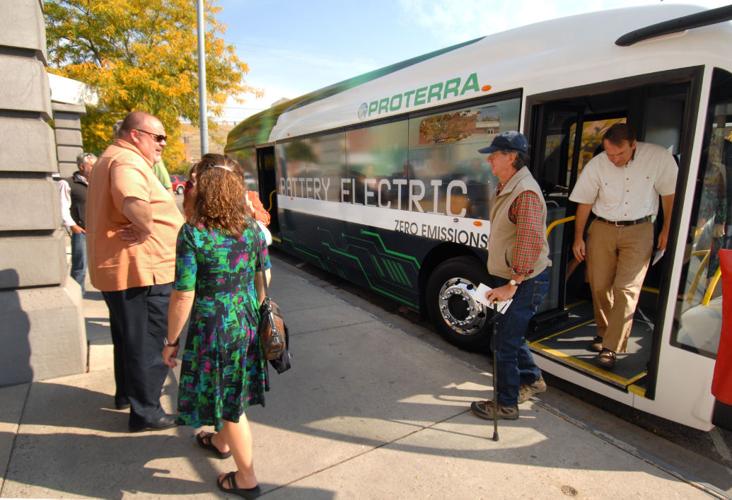 Dale Hill, founder of the Proterra zero-emissions bus company, not only came up with the concept of his electric bus, but also drives it on promotional tours around the country. The Proterra bus could soon be working the streets of Missoula if Mountain Line decides to go that way. According to Hill, the bus not only boasts zero emissions, it is more than a ton lighter than a conventional diesel bus and can be charged at layovers, making it available 24 hours a day. “And it is made in America,” says Hill. Hills says that replacing diesel with electric is cost effective in the long run. Missoula Mayor John Engen had a chance to ride on the Proterra bus during a stop in Missoula on Tuesday morning.

Photographer Michael Gallacher can be reached at 523-5270 or at mgallacher@missoulian.com.

If you wait at the bus stop at 39th and Reserve streets, you’re in for a new experience called the “Green Stop.”

The day of the free bus ride in Missoula is upon us – or will be in a few months.