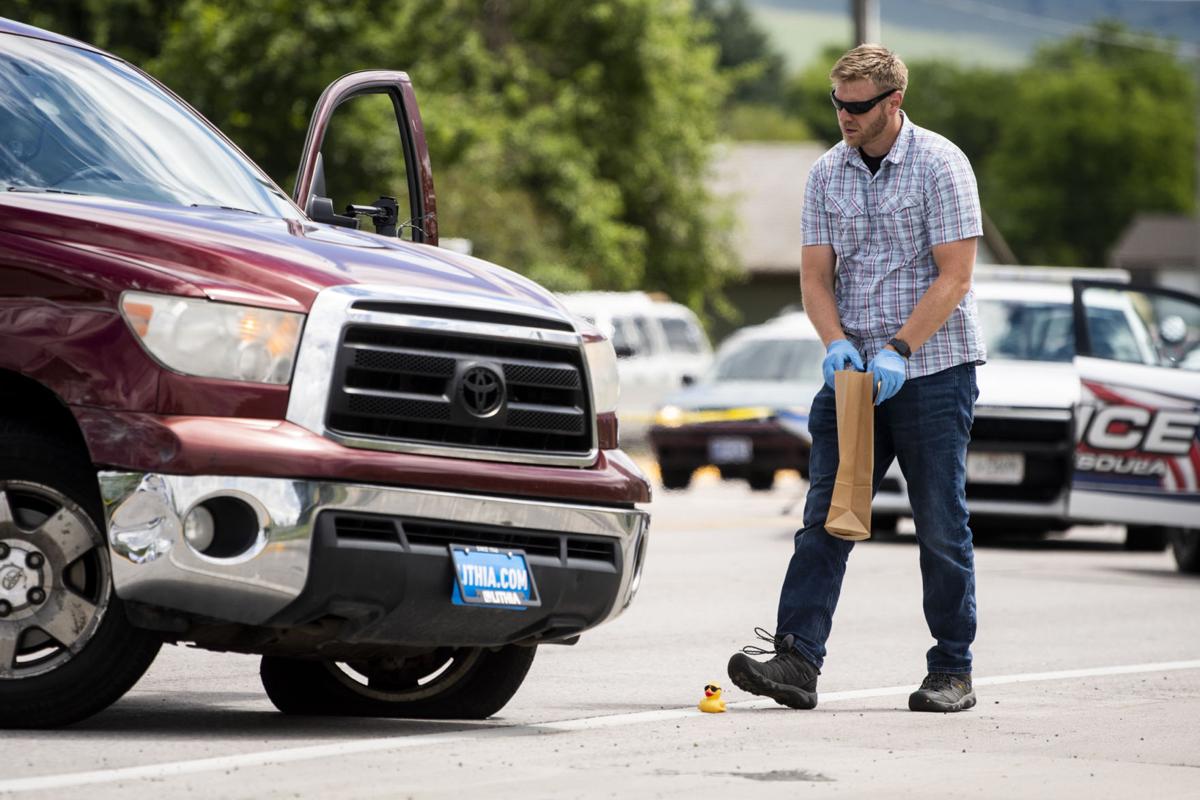 Investigators work the scene of an incident on Reserve Street on Sunday. 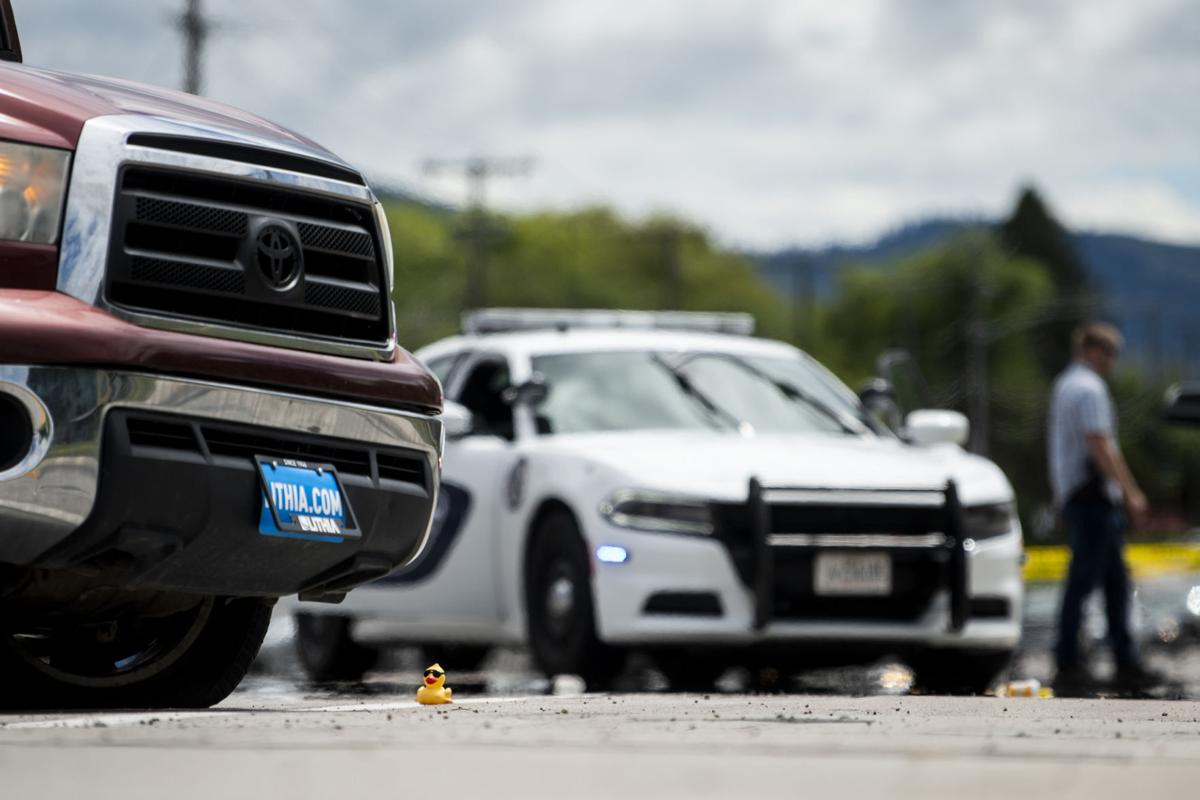 The incident resulted in an officer firing a single shot, according to a news release. There were no injuries.

The motorist was identified as Kelwin Laststar, who is held at Missoula County Detention Facility on charges of criminal endangerment, DUI, resisting arrest and assault on a peace officer.

Officers were alerted to a reckless driver who was traveling at more than 100 mph on I-90 in a maroon Toyota truck about 11:35 a.m. Sunday. After the vehicle entered Missoula city limits, it struck a motorist who was traveling on the off ramp.

Officers located the vehicle at Orange Street and West Broadway and attempted to initiate a traffic stop. The suspect failed to yield and officers began a pursuit.

Officers eventually successfully deployed spike strips at Mount Avenue and Reserve Street. Laststar was not compliant with officers' commands, and an officer fired a single shot at him, according to the release. He was not struck by the round and was taken into custody.

Police are investigating Laststar's actions prior to the shooting and the Montana Department of Justice is investigating the incident.

Laststar is scheduled to make an initial appearance in court Tuesday.

Kimberly Dudik and Associates, in collaboration with the Snowbird Fund, announced the MMIP Legal Advocacy Program earlier this week.

Justin William Ayres, 22, was arraigned in Missoula County District Court on two counts of sex abuse of a child, a felony that is punishable by up to life in prison.

Missoula man sentenced for allegedly soliciting sex from a minor

James Edwin Lewis, 67, was given a 15-year suspended sentence in the Montana State Prison. He is required to register as a Tier 1 sex offender.

An affidavit in the case filed by county prosecutors provides no details about why a Missoula police officer fired his gun.

Investigators work the scene of an incident on Reserve Street on Sunday.