CAPE TOWN, South Africa — South Africa's sea rescue service has urged swimmers and surfers to be cautious after a recent spate of great white shark sightings and close encounters, one of which was captured in some astonishing drone footage.

The incidents were recorded along the Southern Cape and Easter Cape coastline, according to a statement from Sea Rescue South Africa (NSRI), published Tuesday.

These waters, off the city of Cape Town, are known as some of the world's best places to spot the predators, but research shows the sharks' numbers have declined significantly.

However, the past few weeks have seen a "large amount" of sightings and some close encounters, said NSRI, which released drone footage showing a shark close to a group of surfers in Plettenberg Bay.

Due to a high number of reported White Shark sightings and close encounters, NSRI are appealing to the public exercise caution along the Southern Cape coastline, in particular around the coastline of Plettenberg Bay and between Mossel Bay and Jeffreys Bay.https://t.co/IKbxE3tNhh pic.twitter.com/3uI02FGgSc

It is normal for more sharks to be spotted in the area at this time of year as they feed on seals and fish close to the shore, the organization explained.

"The behavior seen in this drone footage shows that the shark is aware of the surfers and is investigating the surfers," Sarah Waries, of the City of Cape Town (CoCT) Shark Spotters program, said in the statement.

"It is important for people to remember that white sharks are naturally inquisitive apex predators and that although shark bites are rare, water users must understand the inherent risk associated with sharing the ocean with these animals and change their behavior accordingly to avoid encountering sharks."

On a number of recent occasions, authorities have had to ask surfers to leave the water after sharks were spotted close by.

CoCT Shark Spotters has released advice to reduce the risk of close encounters, including staying out of the water when birds, seals or dolphins are feeding nearby.

People are also advised to stay out of the water where fishing is taking place or if they are bleeding, as well as staying away from river mouths and deep water beyond breaking waves.

It is not advised to get into the water alone, at night, or if there has been a whale stranding in the area.

Other advice includes using a personal shark shield, a device that creates an electromagnetic field to deter sharks, and paying attention to shark signage.

Those who use kayaks or surf-skis far out at sea are advised to paddle in groups in a close diamond formation.

Most shark attacks against humans occur when the animal is confused, according to Encyclopedia Britannica. They "mouth" foreign objects to determine what they are and whether they're worthy of a meal.

There were 64 unprovoked shark attacks around the world in 2019, two of which were fatal, according to the Florida Museum of Natural History's shark attack database.

A provoked attack is defined as one in which a human initiated the interaction with a shark, for example by trying to feed it.

Get caught up with the morning's top headlines, the national weather forecast, today's celebrity birthdays and more. 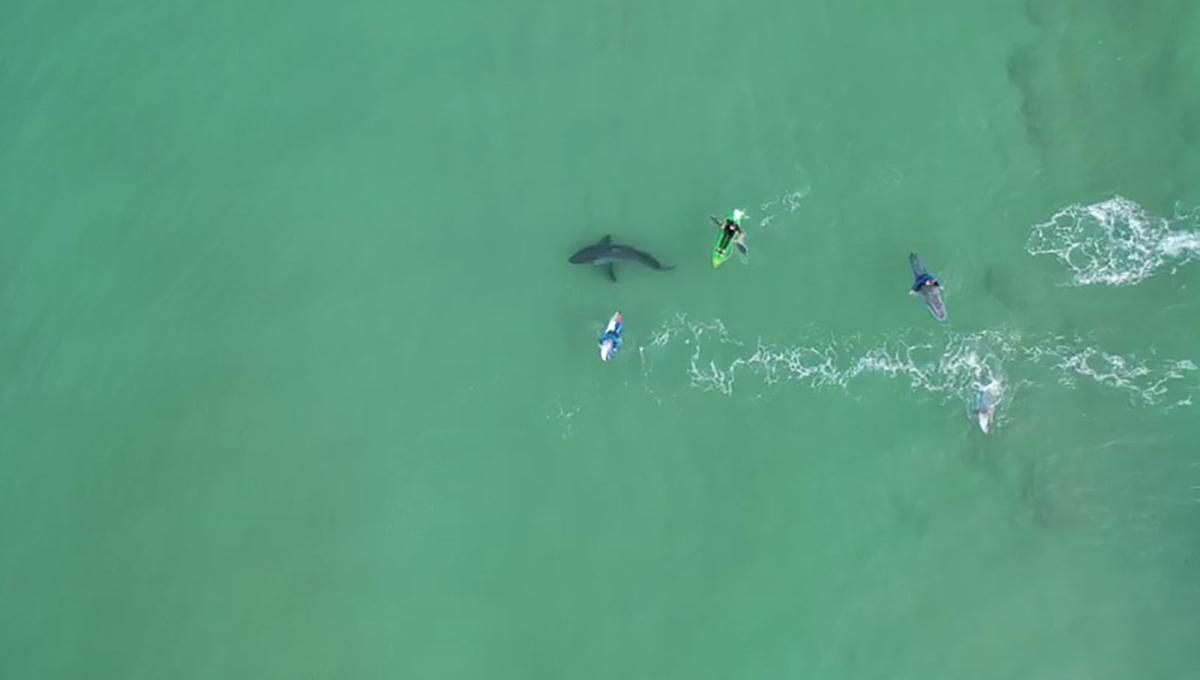 Drone footage shows a great white shark investigating a group of surfers off the coast of South Africa. 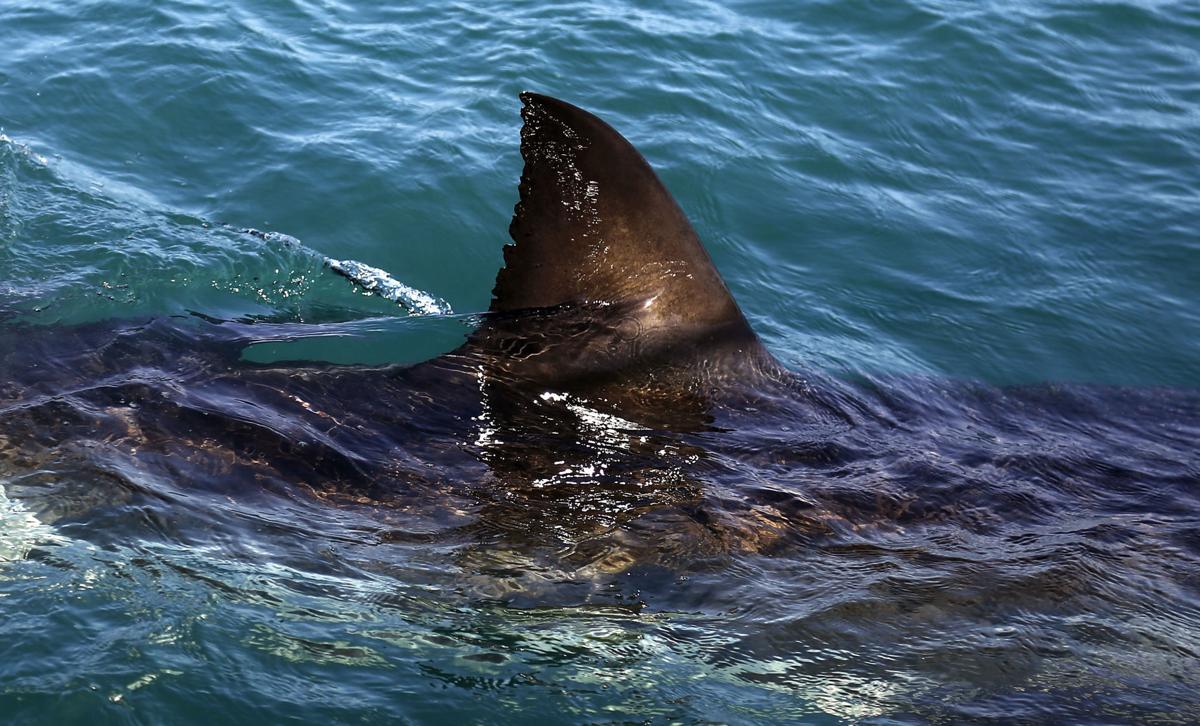 In this Aug. 11, 2016, file photo, the fin of a great white shark is seen near a research boat in the waters off Gansbaai, South Africa.