OMAHA, Neb. (AP) — More than a year after U.S. health care workers on the front lines against COVID-19 were saluted as heroes with nightly clapping from windows and balconies, some are being issued panic buttons in case of assault and ditching their scrubs before going out in public for fear of harassment.

Across the country, doctors and nurses are dealing with hostility, threats and violence from patients angry over safety rules designed to keep the scourge from spreading.

"A year ago, we're health care heroes and everybody's clapping for us," said Dr. Stu Coffman, a Dallas-based emergency room physician. "And now we're being in some areas harassed and disbelieved and ridiculed for what we're trying to do, which is just depressing and frustrating."

Cox Medical Center Branson in Missouri started giving panic buttons to up to 400 nurses and other employees after assaults per year tripled between 2019 and 2020 to 123, a spokeswoman said. One nurse had to get her shoulder X-rayed after an attack.

Hospital spokeswoman Brandei Clifton said the pandemic has driven at least some of the increase.

Some hospitals have limited the number of public entrances. In Idaho, nurses said they are scared to go to the grocery store unless they have changed out of their scrubs so they aren't accosted by angry residents.

Doctors and nurses at a Coeur d'Alene, Idaho, hospital have been accused of killing patients by grieving family members who don't believe COVID-19 is real, said hospital spokeswoman Caiti Bobbitt. Others have been the subject of hurtful rumors spread by people angry about the pandemic.

"Our health care workers are almost feeling like Vietnam veterans, scared to go into the community after a shift," Bobbitt said.

Over Labor Day weekend in Colorado, a passerby threw an unidentified liquid at a nurse working at a mobile vaccine clinic in suburban Denver. Another person in a pickup truck ran over and destroyed signs put up around the clinic's tent.

"It's just another added pressure on health workers who have already been experiencing a lot of stress," said Dr. James Lawler, an infectious disease specialist at the University of Nebraska Medical Center in Omaha, where some doctors have received online threats.

Across the U.S., the COVID-19 crisis has caused people to behave badly toward one another in a multitude of ways.

Several people have been shot to death in disputes over masks in stores and other public places. Shouting matches and scuffles have broken out at school board meetings. A brawl erupted earlier this month at a New York City restaurant over its requirement that customers show proof of vaccination.

Dr. Chris Sampson, an emergency room physician in Columbia, Missouri, said violence has always been a problem in the emergency department, but the situation has gotten worse in recent months. Sampson said he has been pushed up against a wall and seen nurses kicked.

Dr. Ashley Coggins of St. Peter's Health Regional Medical Center in Helena, Montana, said she recently asked a patient whether he wanted to be vaccinated.

Coggins said the patient told her that he "wanted to strangle President Biden" for pushing for vaccinations, prompting her to change the subject. She said security guards are now in charge of enforcing mask rules for hospital visitors so that nurses no longer have to be the ones to tell people to leave.

The hostility is making an already stressful job harder. Many places are suffering severe staffing shortages, in part because nurses have become burned out and quit.

"I think one thing that we have seen and heard from many of our people is that it is just really hard to come to work every day when people treat each other poorly," said Dr. Kencee Graves, a physician at the University of Utah hospital in Salt Lake City.

"If you have to fight with somebody about wearing a mask, or if you aren't allowed to visit and we have to argue about that, that is stressful."

Virus by the numbers: These 10 charts show you how, where the virus spreads in our state and nation

The CDC updated its mask guidelines. What to know about 'the highest level of protection'

Here's what you need to know about masks like N95s, where to get them and how to use them safely.

Authorities say a man apparently took hostages Saturday during services at a synagogue near Fort Worth, Texas. It wasn't clear how many people were in the building.

The tests will be provided at no cost, including no shipping fee. The White House said "tests will typically ship within 7-12 days of ordering."

Omicron may be peaking in US; Biden sends more COVID tests to schools; plus more morning headlines

Things to know today: Signs show omicron may be nearing peak in U.S. with sharp drop in cases predicted; schools to get more COVID tests; and Fauci fires back.

There are 145,982 people currently hospitalized with COVID-19 in the U.S. — about twice as many than two weeks ago and more than the previous high in January 2021.

US weather update: Winter storm making trek across US, from Northwest possibly to Atlanta

A winter storm is sweeping across the U.S., from the Northwest through the Upper Midwest and threatening severe weather in the heart of the South. Get the latest forecast.

US consumer prices soared 7% in past year, most since 1982

Prices paid by U.S. consumers jumped 7% in December from a year earlier, the highest inflation rate since 1982. 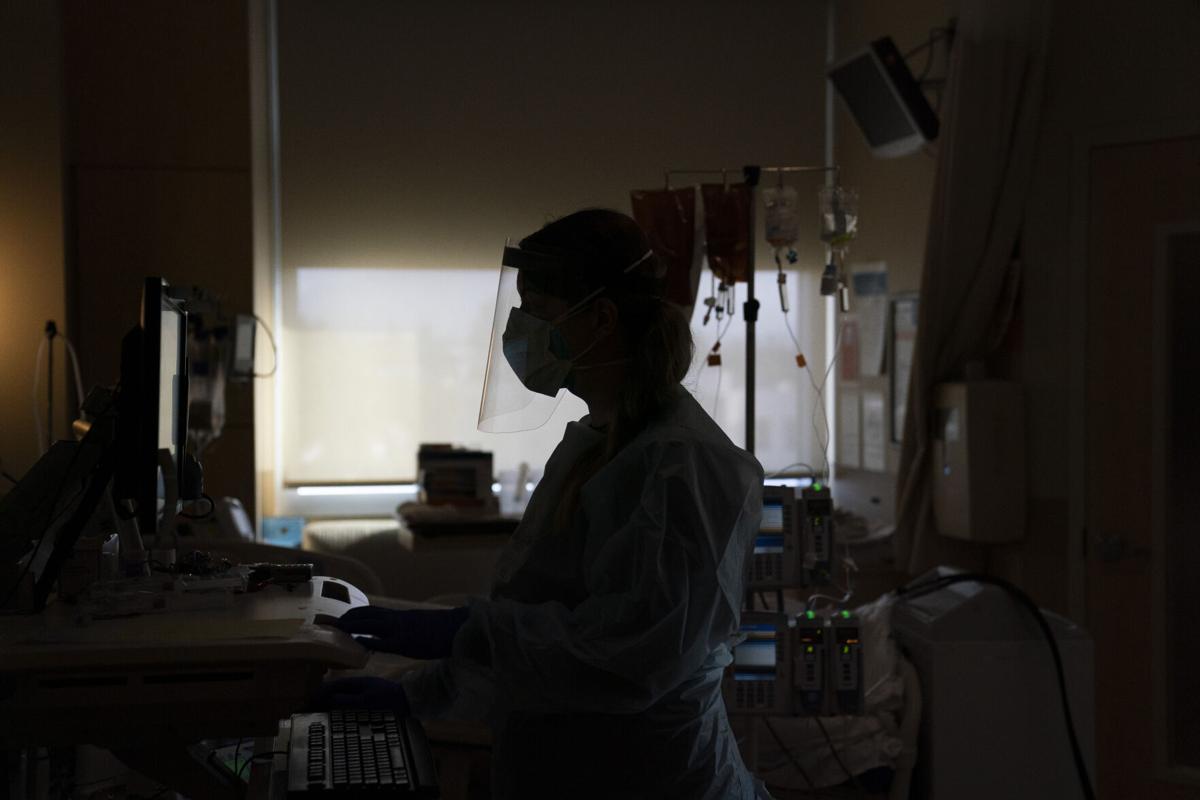 Across the country, doctors and nurses on the front lines of the coronavirus pandemic are dealing with hostility, threats and violence from patients angry over safety rules designed to keep the virus from spreading. 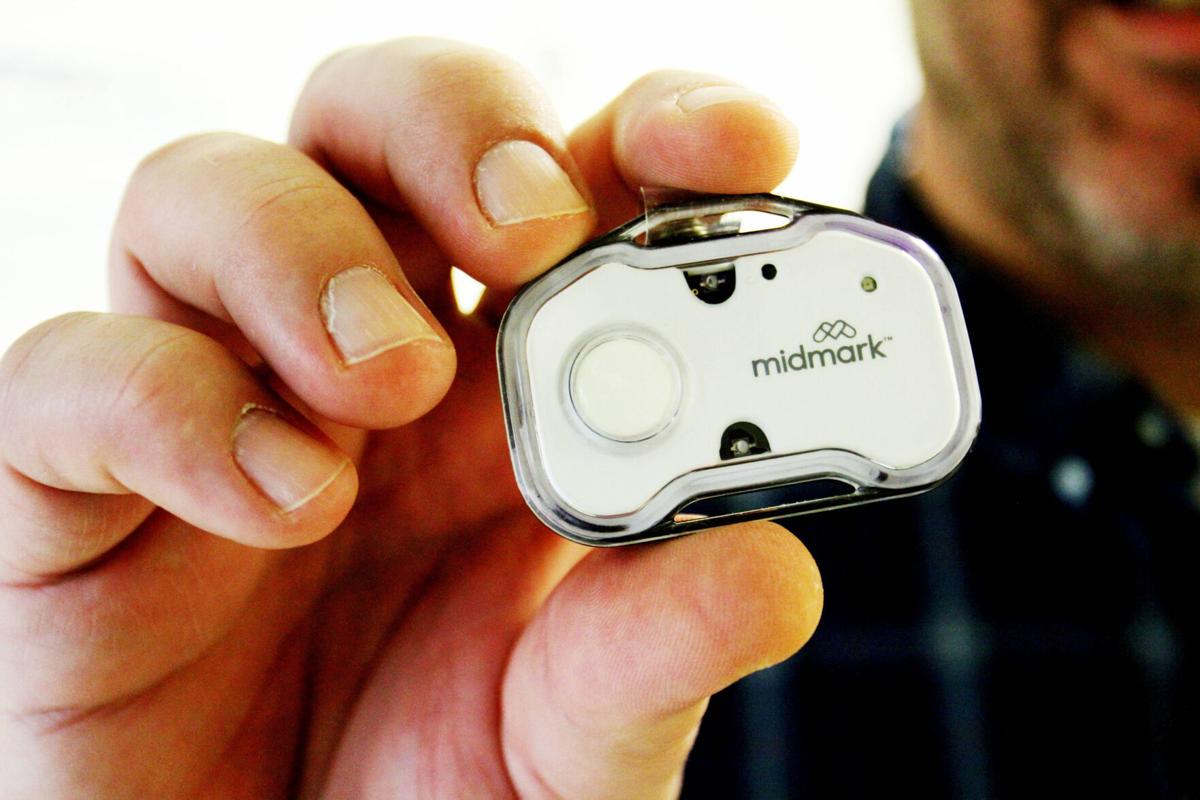 Keith Mathis holds a panic button he helped create as part of CoxHealth's Innovation Accelerators program. Nurses and hundreds of other staff members will soon begin wearing panic buttons at a Missouri hospital where assaults on workers tripled after the onset of the COVID-19 pandemic.