These headlines are in the news this morning: Former President Trump's Justice Department seized records from top House Democrats in a leaks probe; Israeli PM Netanyahu is lashing out as his 12-year rule likely nears its end; and a grandmother and her 1-year-old grandson are among the victims in a shooting at a Florida supermarket.

WASHINGTON (AP) — The Justice Department under former President Donald Trump seized data from the accounts of at least two members of the House Intelligence Committee in 2018 as part of an aggressive crackdown on leaks related to the Russia investigation and other national security matters, according to a committee official and two people familiar with the investigation.

Prosecutors from Trump’s Justice Department subpoenaed Apple for the data, according to the people, who were granted anonymity to discuss the secret seizures first reported by The New York Times.

The records of at least twelve people connected to the intelligence panel were eventually shared, including Chairman Adam Schiff, who was then the top Democrat on the committee. California Rep. Eric Swalwell was the second member, according to spokeswoman Natalie Edelstein. The records of aides, former aides and family members were also siezed, including one who was a minor, according to the committee official.

Israel's Netanyahu lashes out as end of his era draws near

JERUSALEM (AP) — In what appear to be the final days of his historic 12-year rule, Israeli Prime Minister Benjamin Netanyahu is not leaving the political stage quietly.

The longtime leader is accusing his opponents of betraying their voters, and some have needed special security protection.

Netanyahu says he is the victim of a “deep state” conspiracy. He speaks in apocalyptic terms when talking about the country without his leadership.

ROYAL PALM BEACH, Fla. (AP) — A man fatally shot a grandmother and her 1-year-old grandson inside a Florida supermarket before killing himself, authorities said, causing dozens to flee the store in panic.

The shooting happened shortly after 11:30 a.m. Thursday at a Publix located in a strip mall that also houses small shops and restaurants.

Authorities initially said the shooter and the victims may have known each other. A later update from the Palm Beach County Sheriff's Office said there was no known motive or relationship between the suspect and the victims, but detectives were still investigating.

Click on the links below for full versions of these stories and scroll further for a look at today in history and celebrity birthdays.

Israel's Netanyahu lashes out as end of his era draws near

JERUSALEM (AP) — In what appear to be the final days of his historic 12-year rule, Israeli Prime Minister Benjamin Netanyahu is not leaving the political stage quietly.

WASHINGTON (AP) — A bipartisan group of senators is eyeing an infrastructure deal with $579 billion in new spending as negotiators try to strike a nearly $1 trillion deal on President Joe Biden's top priority, according to those briefed on the plan.

ROYAL PALM BEACH, Fla. (AP) — A man fatally shot a grandmother and her 1-year-old grandson inside a Florida supermarket before killing himself, authorities said, causing dozens to flee the store in panic.

G-7 pledge to share, but jostle for ground in the sandbox

CARBIS BAY, England (AP) — Group of Seven leaders brought pledges to share vaccine doses and make a fairer global economy Friday to a seaside summit in England, where British Prime Minister Boris Johnson said the coronavirus pandemic should not be allowed to leave a “lasting scar” on the world.

WASHINGTON (AP) — Over the past 18 months, 29 prisoners have escaped from federal lockups across the U.S. — and nearly half still have not been caught. At some of the institutions, doors are left unlocked, security cameras are broken and officials sometimes don't notice an inmate is missing for hours.

WASHINGTON (AP) — A new $56,000-a-year Alzheimer’s drug would raise Medicare premiums broadly, and some patients who are prescribed the medication could face copayments of about $11,500 annually, according to a research report published Thursday.

NEW YORK (AP) — The Biden administration has exempted most employers from long-awaited rules for protecting workers from the coronavirus, angering labor advocates who had spent more than a year lobbying for the protections.

NOVI, Mich. (AP) — One of late University of Michigan football coach Bo Schembechler’s sons and two of his former players described in detail Thursday how they were molested by the team's longtime doctor and how Schembechler turned a blind eye when they told him about the abuse, telling one to “toughen up” and punching his son in anger.

In 1955, in motor racing’s worst disaster, more than 80 people were killed during the 24 Hours of Le Mans in France when two of the cars colli…

Rash of mass shootings stirs US fears going into summer

Two were killed and at least 30 hurt in overnight mass shootings in three states, stoking concerns a gun violence spike could continue into the summer.

Swaths of internet down after outage at cloud company

Numerous websites, including the New York Times, CNN and Twitch, were unavailable Tuesday after an apparent widespread outage at the cloud service company Fastly.

A Senate investigation of the Jan. 6 insurrection at the U.S. Capitol has uncovered broad government, military and law enforcement missteps before the violent attack.

A dog vanished after being ejected from a vehicle. It was found 2 days later herding sheep.

Linda Oswald's family and their dog, Tilly, were driving on an Idaho highway Sunday when they crashed into another car, launching the dog through the rear window.

Another jump in prices tightens the squeeze on US consumers

American consumers absorbed another surge in prices in May — a 0.6% increase over April and 5% over the past year, the biggest 12-month inflation spike since 2008.

Here's what we know about the bipartisan $1.2T infrastructure deal

What's in the $1.2 trillion infrastructure deal? Who are the 10 senators crafting the plan? What's the White House saying? Answers to key questions.

Many of the uber-rich pay next to no income tax, ProPublica finds

The richest 25 Americans pay less in tax than many ordinary workers do, once you include taxes for Social Security and Medicare, ProPublica found. 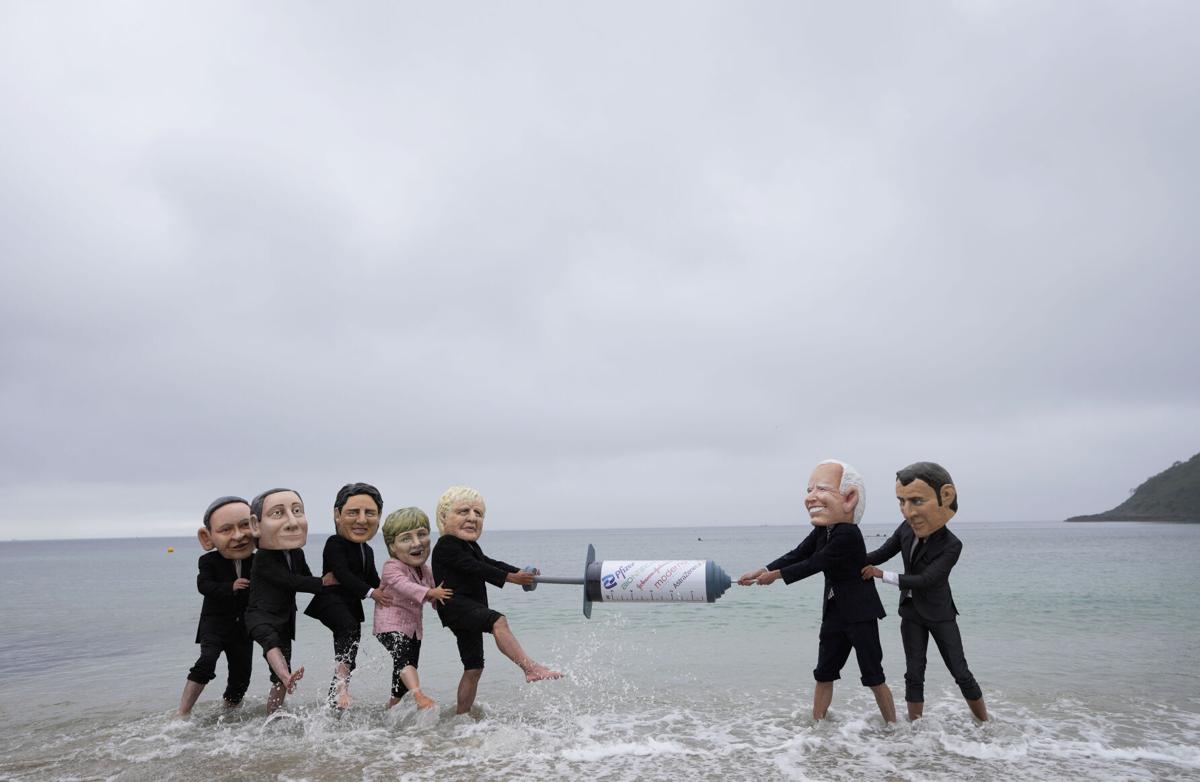 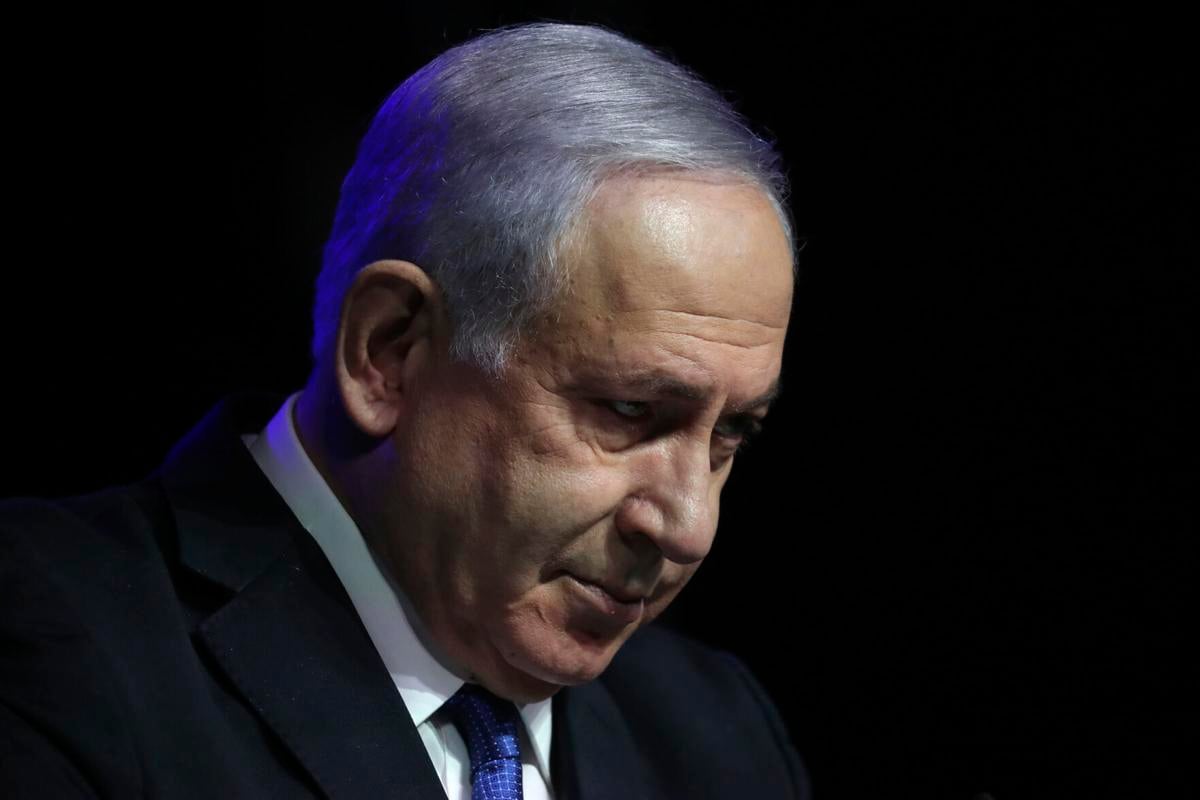 In this June 6, 2021 file photo, Israeli Prime Minister Benjamin Netanyahu speaks at a ceremony showing appreciation to the health care system for their contribution to the fight against the coronavirus, in Jerusalem. 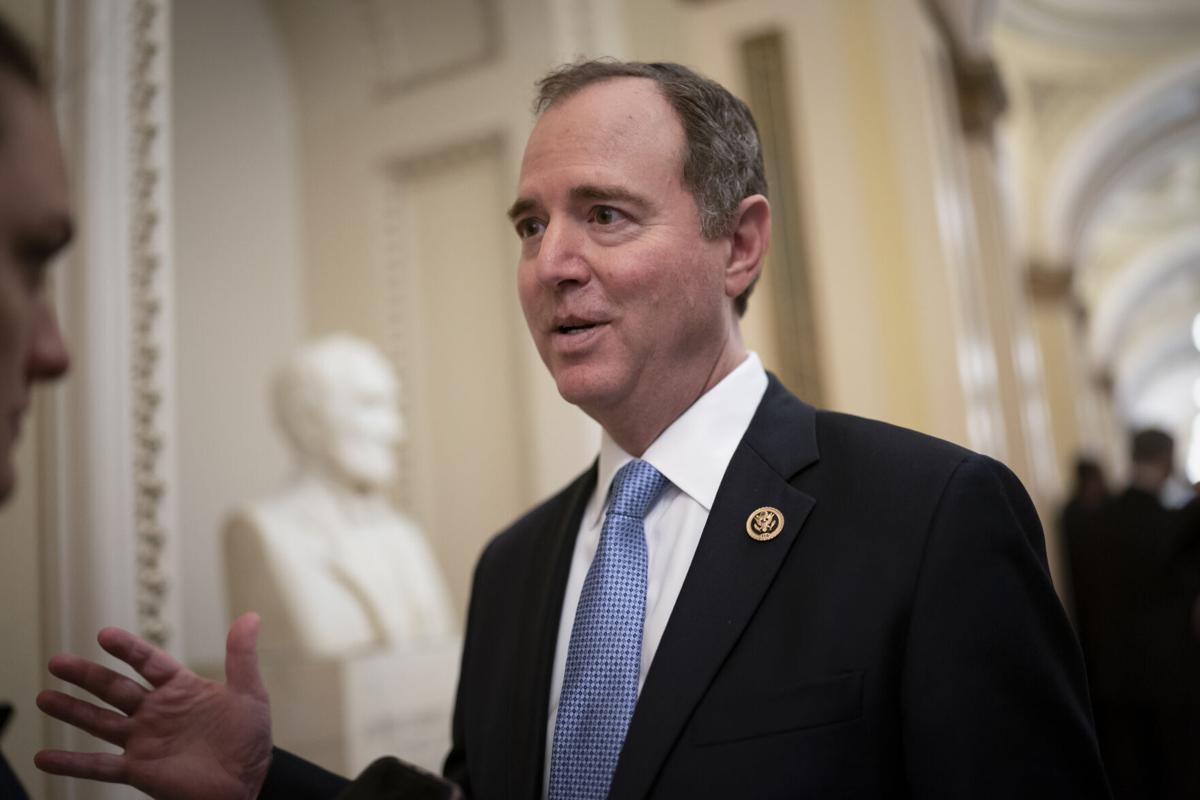 House Speaker Nancy Pelosi and other top Democrats called for an investigation on Thursday, June 10, 2021, after The New York Times reported that the Justice Department under President Donald Trump seized the communications data of members of the House Intelligence Committee, including those of chairman Adam Schiff.

Police gather at the Publix shopping center at the scene of a shooting in Royal Palm Beach, Fla., on Thursday, June 10, 2021. Authorities say a shooting inside a Florida supermarket has left three people dead, including the shooter.