Ceres is a dwarf planet and the largest known object in the asteroid belt between Mars and Jupiter. And now we know it may be an ocean world with intriguing geologic activity taking place on and just below its surface, according to new research.

While this global ocean beneath the planet's surface likely froze over time, remnants of it may still be present beneath a large impact crater on Ceres. The presence of salts may have preserved the liquid as a brine, despite cold temperatures.

A suite of seven studies was published Monday in the journals Nature Astronomy, Nature Geoscience and Nature Communications.

Between 2011 and 2018, NASA's Dawn mission embarked on a 4.3 billion-mile journey to two of the largest objects in our solar system's main asteroid belt. Ceres is about 592 miles across, 14 times smaller than Pluto. Dawn visited Vesta and Ceres, becoming the first spacecraft to orbit two deep-space destinations.

This new research is based on observations made during Dawn's orbit of Ceres between 2015 and 2018, including close passes it made of the dwarf planet just 22 miles above the surface toward the end of the mission.

During that time, Dawn was focused on the 57-mile-wide Occator Crater, a 22-million-year-old feature that appeared to showcase bright spots. These eye-catching characteristics were discovered to be sodium carbonate, or a compound including oxygen, carbon and sodium.

But it was unclear how those bright spots came to be in the crater.

Data from the end of Dawn's mission revealed an extensive and slushy reservoir of brine, or salty liquid, beneath the crater. It's 25 miles deep and extends out for hundreds of miles.

When the impact that created the crater struck Ceres, it may have allowed the reservoir to deposit bright salts visible in the crater by fracturing the planet's crust. As the fractures reached the salty reservoirs, the brine was able to reach the surface of the crater floor. As the water evaporated, a bright, salty crust remained behind.

And brines may still be rising to the surface today, suggesting the activity on Ceres is not due to melting that may have occurred when the planet was impacted.

In fact, Dawn's data also indicated the presence of hydrated chloride salts at the center of the largest bright area at the crater's center, called Cerealia Facula. This hydrohalite compound is common in marine ice on Earth, but it's the first time hydrohalite has been found outside of our planet.

The salts appear to dehydrate fairly quickly on the surface, at least, astronomically speaking. This dehydration occurs over hundreds of years.

But the measurements taken by Dawn showed water was still present. This suggests that brine may still be rising to the surface of the crater and that salty liquid could still exist inside of Ceres.

"For the large deposit at Cerealia Facula, the bulk of the salts were supplied from a slushy area just beneath the surface that was melted by the heat of the impact that formed the crater about 20 million years ago," said Carol Raymond, Dawn's principal investigator at NASA's Jet Propulsion Laboratory in California, in a statement.

"The impact heat subsided after a few million years; however, the impact also created large fractures that could reach the deep, long-lived reservoir, allowing brine to continue percolating to the surface."

There are also mounds and hills visible in the crater likely created when flows of water froze in place, suggesting geologic activity on Ceres. These conical hills are similar to pingos on Earth, or small mountains made of ice found in the polar regions. Although features like this have also been found on Mars, it's the first time they've been spotted on a dwarf planet.

The pingo-like structures and the water that pushes up through fractures in the crater revealed that Ceres actually experienced cryovolcanic activity, or ice volcanoes, beginning around 9 million years ago. The process is likely ongoing.

This kind of cryovolcanic activity has been witnessed on icy moons in the outer solar system, with plumes of material ejecting into space. But it was never expected to occur on dwarf planets or asteroids in the asteroid belt, which are thought to be waterless and inactive.

Ceres changes that theory because it has proven to be water-rich and definitely active.

A survivor from the earliest days of the solar system as it formed 4.5 billion years ago, Ceres was more of an "embryonic planet." Essentially, it started to form, but never finished.

Jupiter, the largest planet in our solar system, and the force of its gravity likely stunted Ceres' growth. So around 4 billion years ago, Ceres found its home in the asteroid belt along with all of the other leftovers from the formation of the solar system.

The idea that liquid water can remain preserved on dwarf planets and asteroids is an intriguing one for scientists.

Unlike other icy ocean worlds in our solar system, such as Saturn's moon Enceladus and Jupiter's moon Europa, asteroids and dwarf planets don't experience internal heating. Enceladus and Europa benefit from internal heating that occurs when they interact gravitationally with the massive planets they orbit.

The Dawn mission ended in 2018 when the spacecraft ran out of fuel and could no longer communicate with NASA. It was placed into long-term orbit around Ceres that will prevent impact, protecting its organic materials and subsurface liquid.

The findings made possible by the Dawn mission have scientists eager to explore the dwarf planet and its potential for life in greater detail in the future. While there is not currently another mission planned for exploring Ceres, two upcoming missions will explore Jupiter and its icy moons Ganymede, Callisto and Europa: Europa Clipper and JUICE, or JUpiter ICy moons Explorer.

"Dawn accomplished far more than we hoped when it embarked on its extraordinary extraterrestrial expedition," said Marc Rayman, Dawn's mission director at JPL, in a statement. "These exciting new discoveries from the end of its long and productive mission are a wonderful tribute to this remarkable interplanetary explorer."

Two telescopes in Hawaii and Chile spotted in Venus' clouds the chemical signature of phosphine, a gas that on Earth is only associated with life.

Duke and Duchess of Sussex warn of dangers of online negativity

Duke and Duchess of Sussex warn of dangers of online negativity 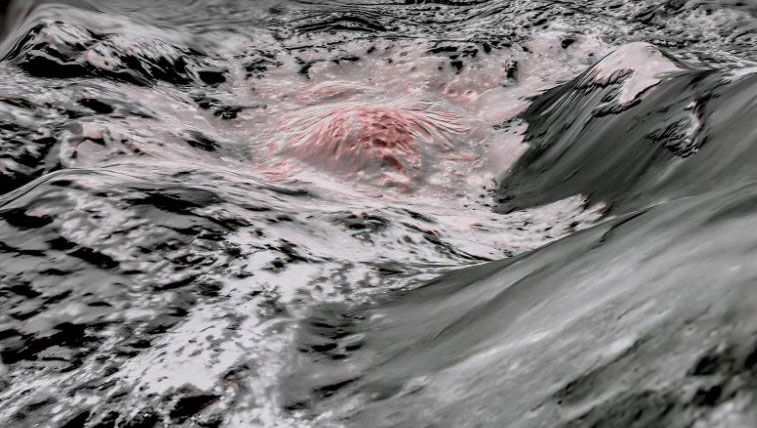 False color in this NASA image was used to highlight the exposed brine, or salty liquids, that were pushed up from a deep reservoir under Ceres' crust in the Occator Crater. 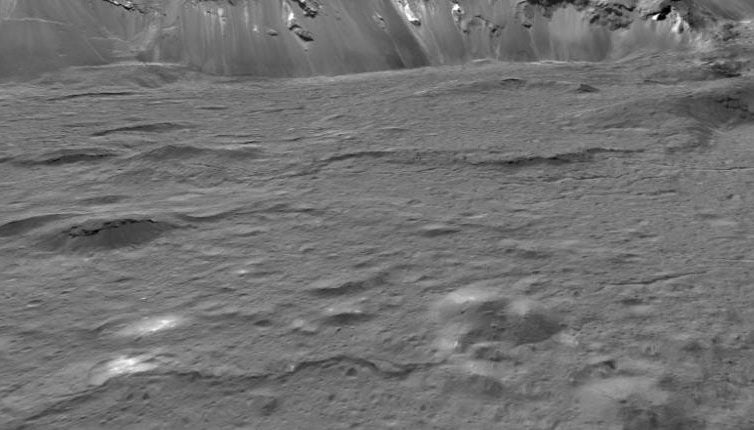 Bright pits and mounds in Ceres' Occator Crater were formed by salty liquid released as Occator's water-rich floor froze after the crater-forming impact about 20 million years ago, NASA says.