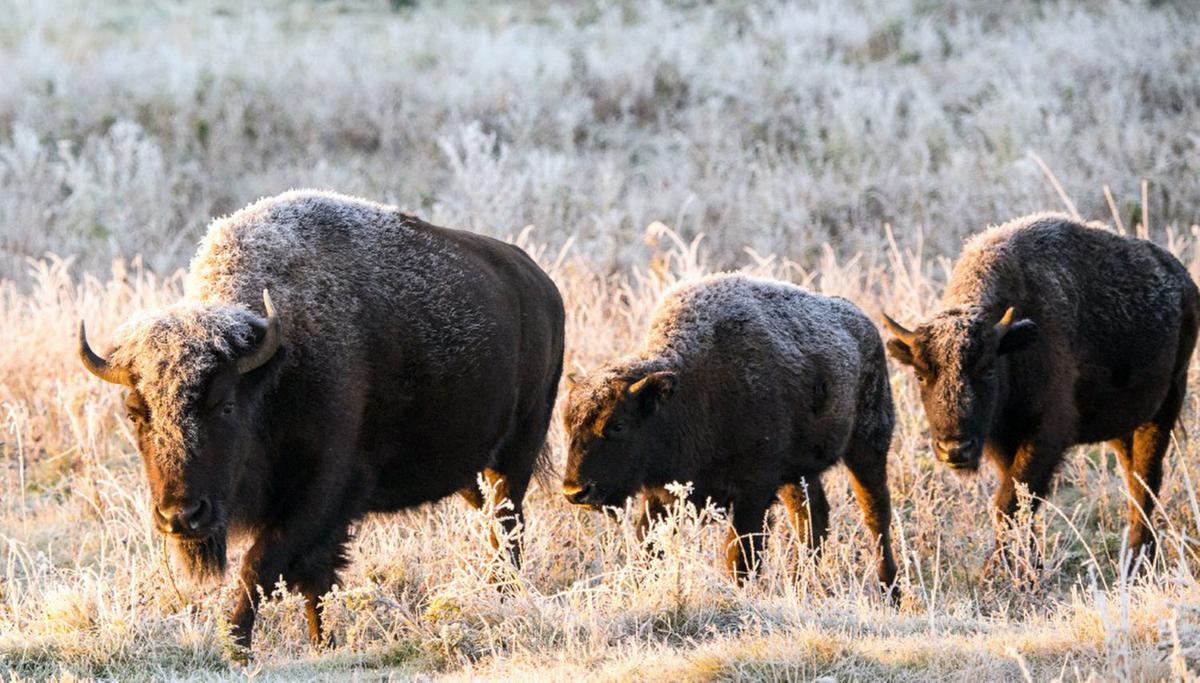 In this undated photo provided by Parks Canada, a plains bison roam in a section of Elk Island National Park east of Edmonton, Alberta. Descendants of a bison herd captured and sent to Elk Island more than 140 years ago were relocated to the Blackfeet Indian Reservation. 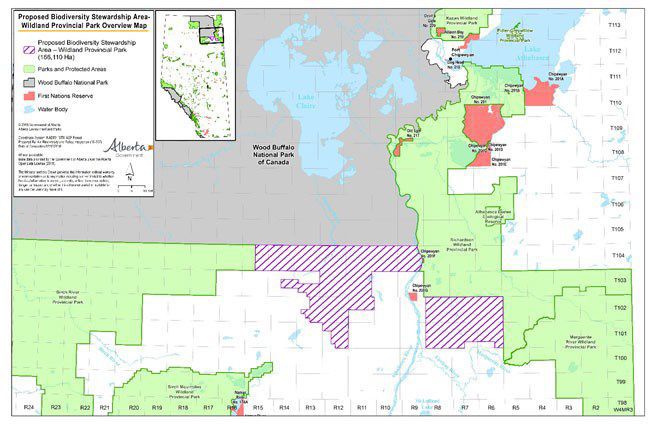 In this undated photo provided by Parks Canada, a plains bison roam in a section of Elk Island National Park east of Edmonton, Alberta. Descendants of a bison herd captured and sent to Elk Island more than 140 years ago were relocated to the Blackfeet Indian Reservation.

Alberta gave itself a Christmas present with some interesting Montana connections when it proposed protections on land south of Wood Buffalo National Park.

The provincial government wants to create a Biodiversity Stewardship Area (BSA) to assist the Ronald Lake wood bison and caribou populations. The move would conserve more than 410,000 acres of boreal forest along the southern border of Wood Buffalo National Park, northeast of Edmonton.

“Incredible things happen when industry, Indigenous communities and governments work together,” Alberta Minister of Environment and Parks Shannon Phillips said in an email on Dec. 13. “Thanks to this BSA, we will help sustain wildlife for future generations and build on what is already the largest contiguous protected boreal forest in the world.”

Wood Buffalo was established in the 1920s to protect the last remaining bison herds in Canada. With more than 11 million acres straddling the border of Alberta and Northwest Territories, Wood Buffalo is the largest national park in Canada.

Part of its herd came from a purchase of bison from the Flathead Indian Reservation, where Michael Pablo and Charles Allard had sheltered a tiny group of bison brought from the prairies east of Glacier National Park in the 1880s. The Flathead herd had grown to nearly 600 animals when Pablo was forced to sell the bulk of them in 1905 after the Flathead Allotment Act allowed white homesteaders to buy about 60 percent of the reservation.

About 200 bison that were too difficult to catch became the core of the National Bison Range at Moiese in 1908. Descendants of that Pablo herd eventually returned from Alberta’s Elk Island National Park to repopulate the Blackfeet Indian Reservation in 2016.

The unique combination of peat bogs, fens, swamps, wetlands, forests and semi-arid prairie are key to the area’s ecological bounty. In addition to its bison herds and wolf packs, four migratory bird flyways converge over Wood Buffalo National Park. It hosts one of the few remaining whooping crane colonies.

“There will be a lot of collaboration with indigenous communities,” said Carolyn Campbell of the Alberta Wilderness Association. “The park is prioritized for diversity, but there can be some human use and access. We want to keep its remote, backcountry character. So the plan calls for minimizing roads, but allowing some off-highway vehicles and snowmobiles on designated trails. The caribou in particular are sensitive to human disturbance. Subsistence hunting will still be allowed for sustainability.”

Wood Buffalo National Park became a UNESCO World Heritage Site in 1983. But growing incursions from tar-sands exploration and development on its eastern border threatened its integrity, according to a petition lodged by the Mikisew Cree First Nation. UNESCO offered 17 recommendations to the Canadian government to improve the parks’ status before it risked getting on its World Heritage Sites in Danger list.

Leaders of the Mikisew Cree, Athabasca Chipewyan and Fort McKay First Nations along with the Fort Chipewyan Métis, Fort McKay Métis, Fort McMurray Métis and Athabasca Tribal Council all called for the land protection. They were joined by industrial concerns Teck, Cenovus Energy and Imperial, which have development projects in the nearby tar sands and Peace-Athabasca Delta waterway.

In June, the Canadian Ministry of Environment and Climate Change announced it would allocate $27.5 million ($20 million USD) toward protecting the park.

Bison back: Blackfeet celebrate return of animal that defined way of life

BROWNING – The last time a herd of bison came over the bluff above the Two Medicine River, its Blackfeet Indian escorts were probably riding b…